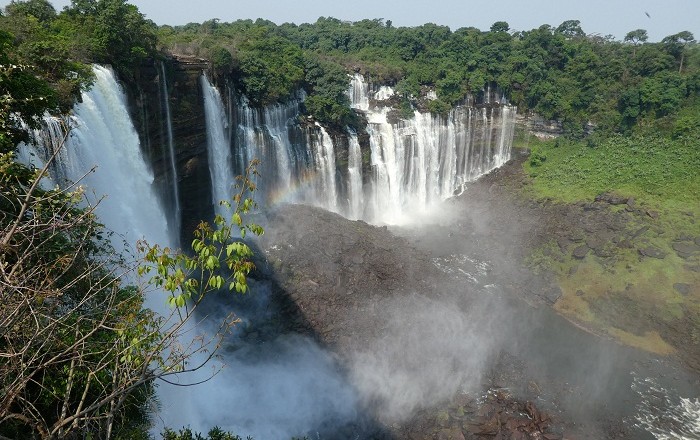 Kalandula Falls are waterfalls which are forming on the Lucala River in the municipality of Kalandula, in the Malanje Province, located in the northern part of the Republic of Angola. 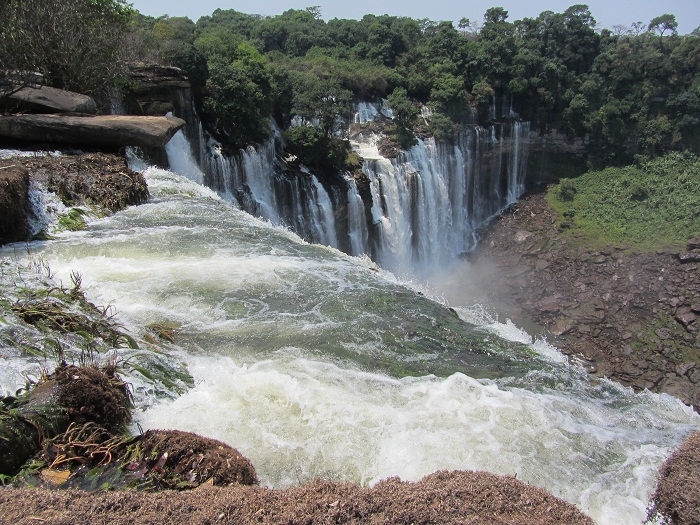 These broad, horseshoe shaped waterfalls are said to plunge some 105 meters (344 feet), yet there is still some skepticism about the accuracy. Nonetheless, the width of the waterfalls is known to be exactly 400 meters (1,300 feet) when the river flow is low, and up to 610 meters (2,000 feet) when there are floods. 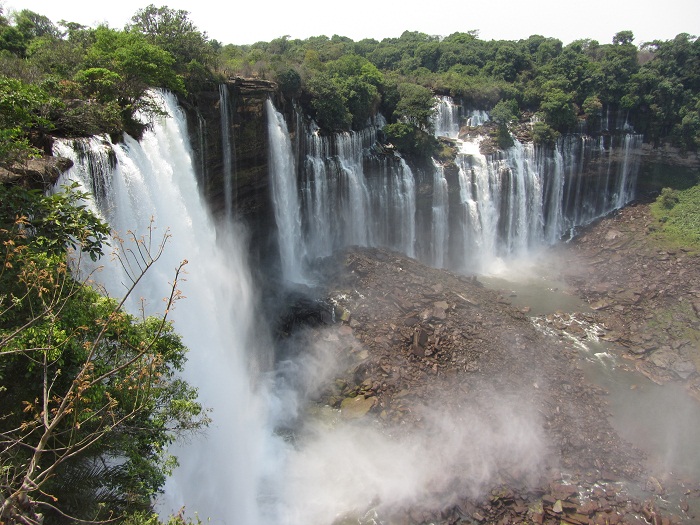 Between 1975 and 2002, during the Angolan civil war, the waterfalls were known by the name Duque du Bragança Falls, but when the conflict subsided the waterfalls got their original name. 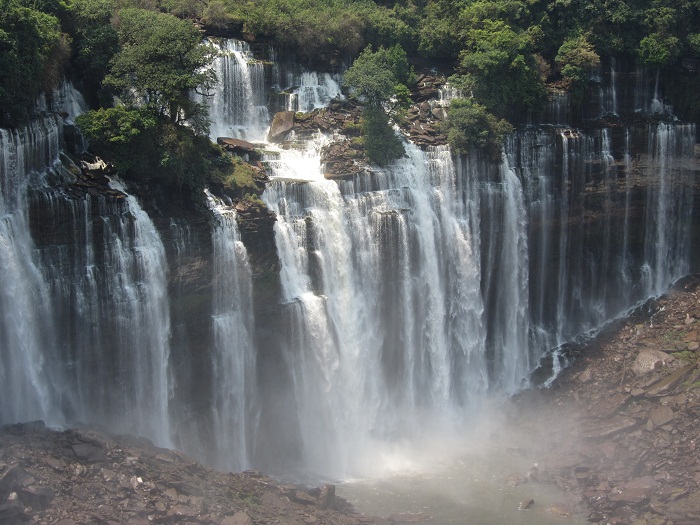 One of the most picturesque part of them is the stream of these waterfalls that are divided into countless smaller trickles by the crevices and boulders at the rim of falls. As a result Kalandula Falls have their own, very special beauty, they differ from any other large waterfall of the world. 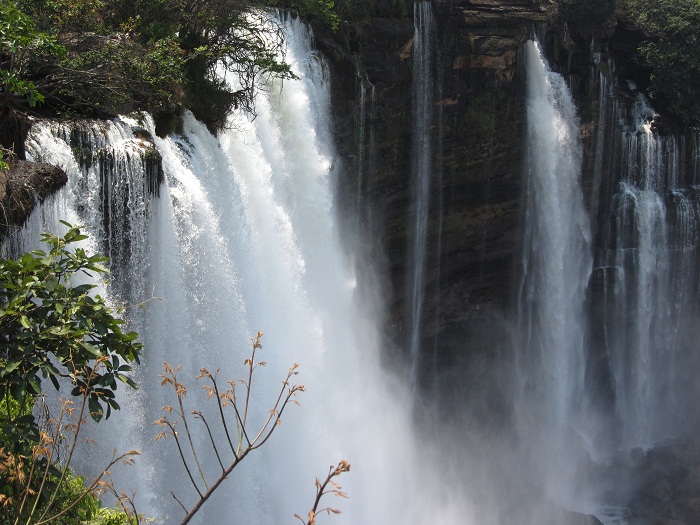 The stream is eroding the cliff, large boulders and smaller rubble often falls down together with water.Even though Kalandula Waterfalls are not widely known, when seen one can state with confidence that they are the top five most powerful waterfalls of the African continent, yet they literally are one of the largest waterfalls by volume in Africa. 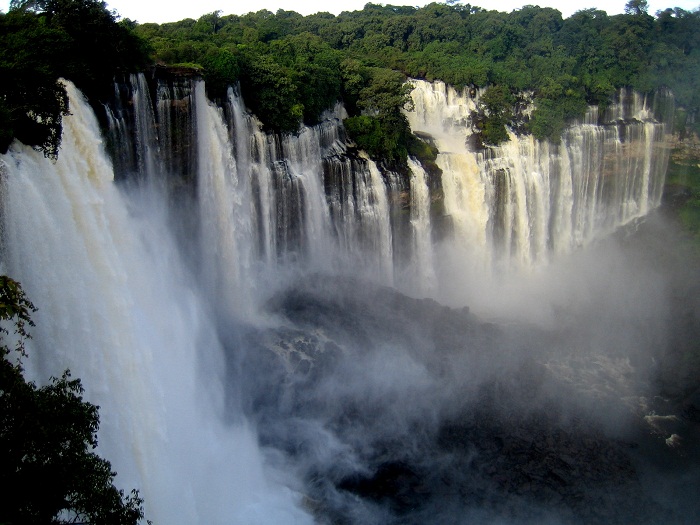 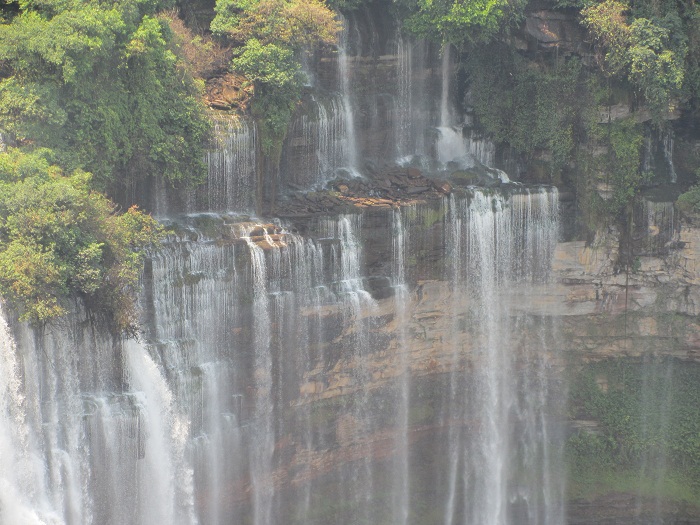 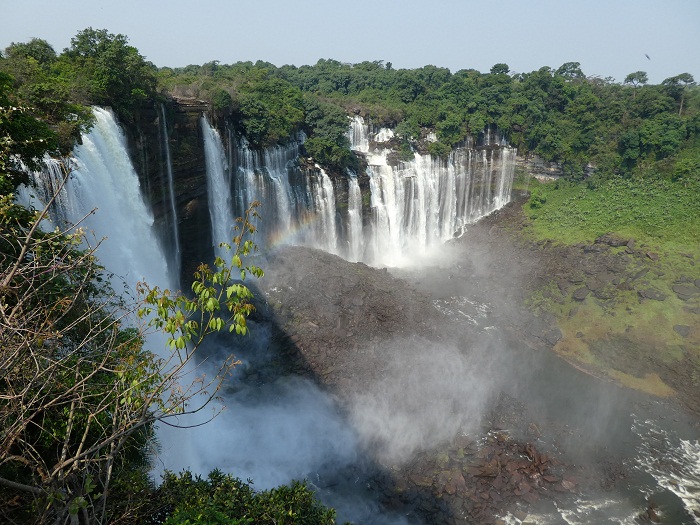