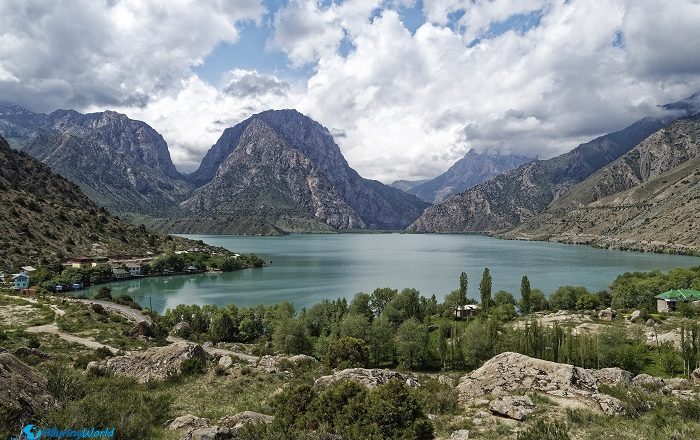 Iskanderkul is a glacial mountain lake that is located on the slopes of the Gissar Range of the Fann Mountains in the Sughd Province, within the northwestern part of the Republic of Tajikistan. Being one of the greatest natural features of the small republic in Central Asia, Iskanderkul is considered a must-see place whenever in Tajikistan, since it is some 130 km (81 mi) away from the capital city, Dushanbe. 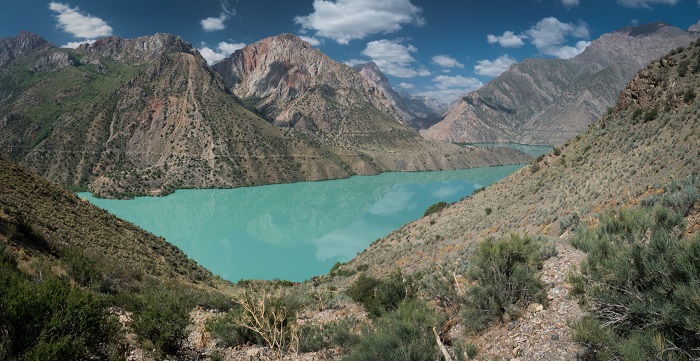 Formed by a landslide that blocks the Saratogh River, the lake has a triangular shape and is surrounded by mountains, giving it the most striking and quite epic landscape view. Getting to the lake is very scenic, as visitors can see the magnificent mountainous country that is more than 90% of its area mountainous, and once there, the lake with its surface area of about 3 sq km (1 sq mi) will mesmerize everyone.

The deepest part, however, is measured to be 72 meters (236 feet), and with its turquoise blue waters, it is definitely the Tajik gem that should be famous worldwide. 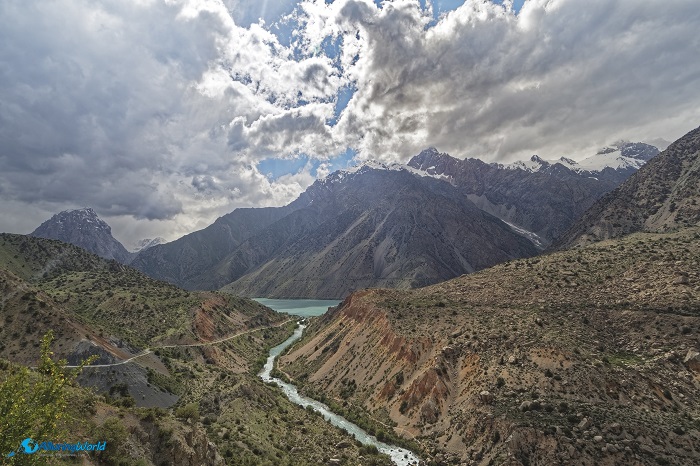 Thus the name comes from the Persian word for Alexander, Iskander, while the word kul is a Turkic one that means lake. Still, nowadays Iskanderkul is the biggest lake in the Fann Mountains, and until 1980s, the water would freeze over, allowing locals and visitors to be able to do winter sports like skating. 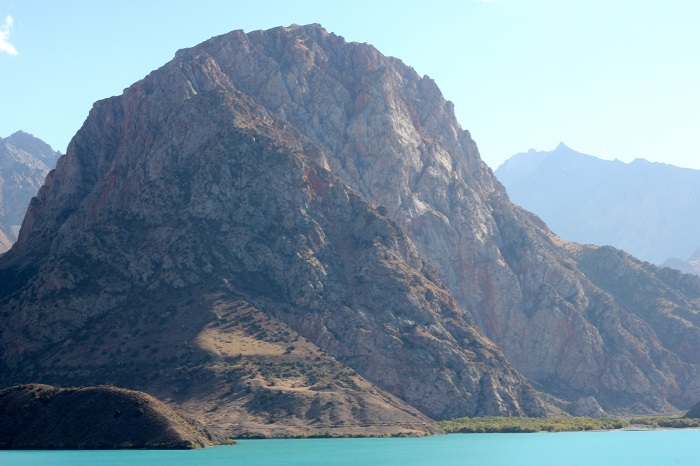 Considered to be also among the locals one of the more popular places, especially in the summertime, each of the summer weekends the Tajiks come here to freshen up and “recharge the batteries” for the long week that is ahead of them. 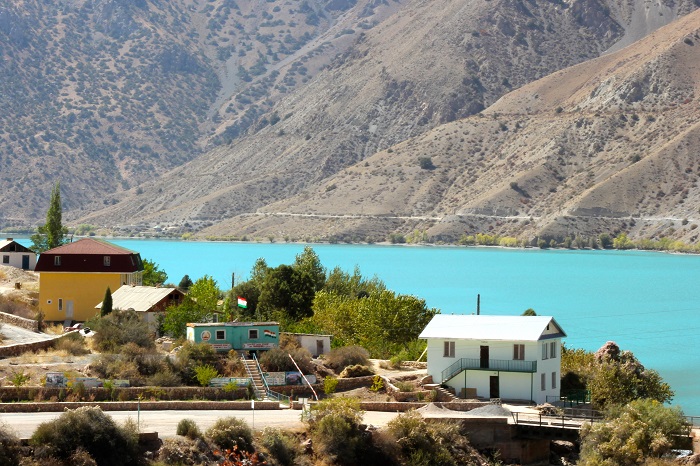 One of the most popular things to do at Iskanderkul is hiking because the hiking trails aren’t some tough ones, and as they are easy-going, people usually walk to the waterfall and the President’s summer house, more commonly referred to as Dacha. 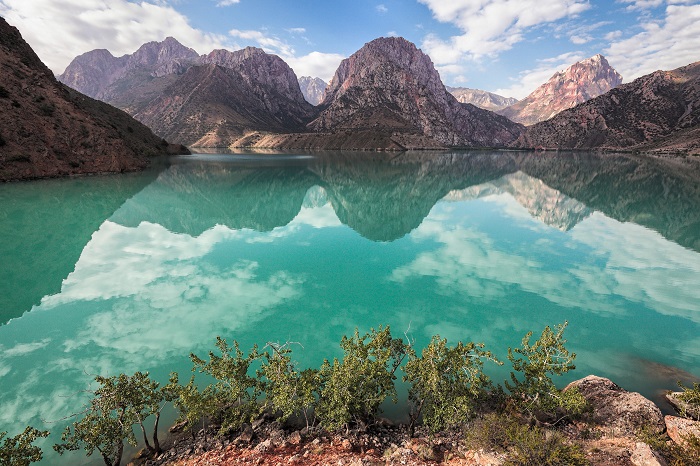 There is the possibility to do a circle around the lake, but because the peak Chulboi stands at 3,300 meters (10,827 feet) it would require around 8 hours of hiking time. In addition to these possibilities, the lazy visitors can simply enjoy the pebble beaches which can be found all around the lake, and there is also the possibility to rent one of the boats and enjoy the mesmerizing vistas from the center of the lake. 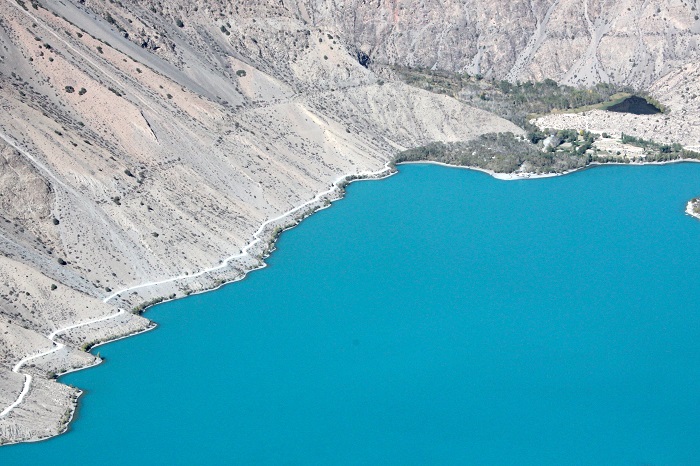 Scientifically seen, Iskanderkul is definitely a crater lake that is 2,195 meters (7,201 feet) above the sea, and even though people could swim in its waters, they tend to be within 10 meters (33 feet) of the shoreline, simply because the water temperature is lower, and it can fall rapidly down to approximately 10 degrees Celsius (50 degrees Fahrenheit). 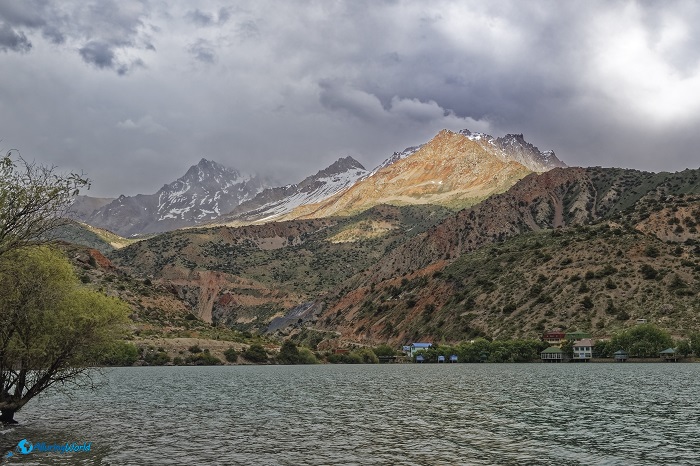 Next to the lake, there is a nature reserve that protects this important place and includes plenty of different flora and fauna which is typical for Tajikistan. All in all, the crown gem of Tajikistan is absolutely Iskanderkul which attracts so many tourists and locals, who are always enjoying the untouched nature in this part of the small Republic in Central Asia. 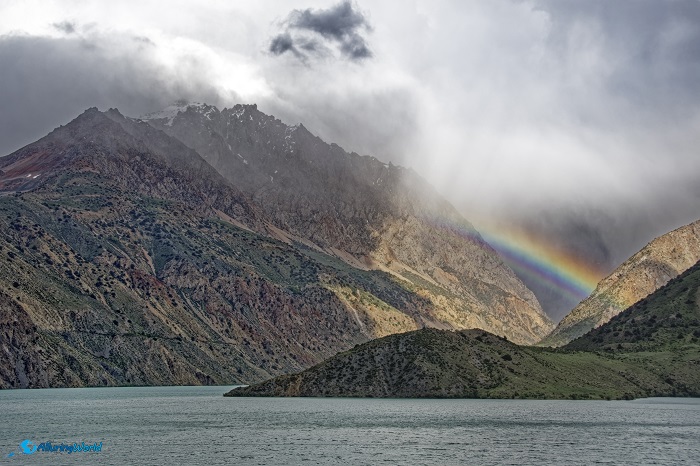