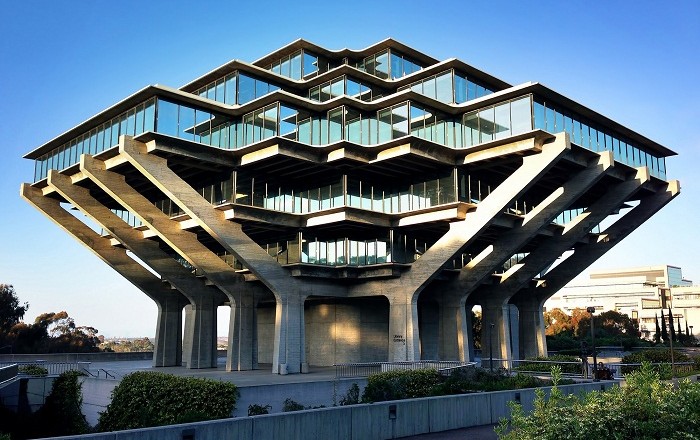 Geisel Library Building is part of the University of California, together with the Biomedical Library Building, located in San Diego, USA. The alien form of the Geisel Library seems befitting of a backdrop from a science fiction movie. The building occupies a fascinating nexus between brutalism and futurism with concrete piers and hovering glassy enclosures, where the library beautifully occupies an ambiguous state between massiveness and levitation. It looks like the upper stories of the building have only just been set into their base and can be lifted back out at any given moment. Designed in the late 1960s by William Pereira and completed in 1970, conceiving it as a steel framed building, however, it was changed to a reinforced concrete to save on construction and maintenance costs. 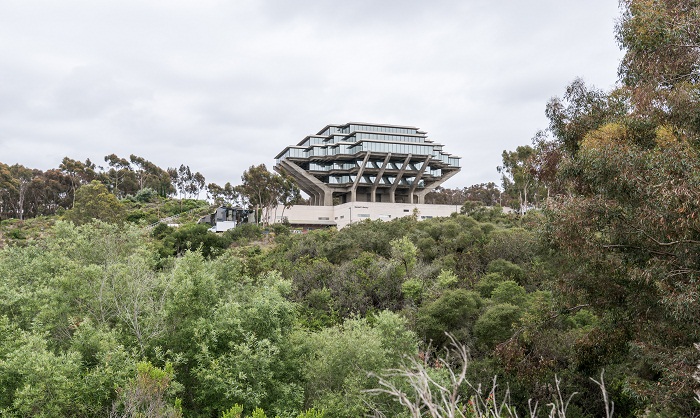 That same change has given an opportunity to the architect to play more with the sculptural design of the building. It was envisioned that future additions to the original building would form terraced levels around the tower base descending into the canyon, the first of which was designed by Gunnar Birkerts and completed in the early 1993.

The resulting building is an 8-story structure with two submerged floors and six floors of varying sizes above the ground level. The widest floor is sixth floor, where the upper four floors of the building are housing collections, individual study space, and group study rooms. 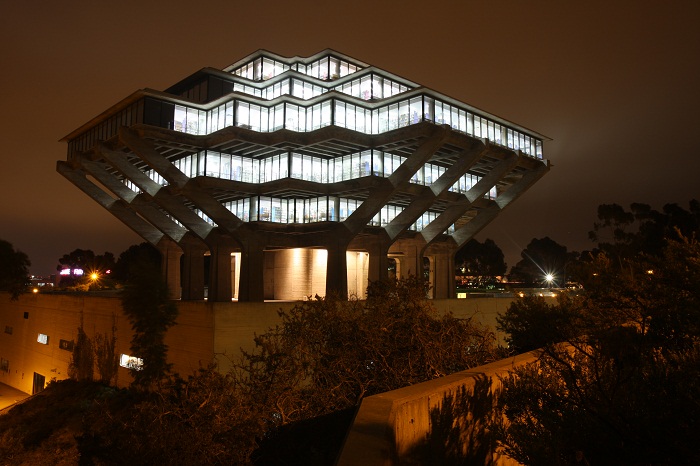 On December 1, 1995 The University Library Building was renamed Geisel Library in honor of Audrey and Theodor Geisel (Dr. Seuss) for the generous contributions they have made to the library and their devotion to improving literacy. This is one of the examples of brutalist architecture throughout the United States of America, making it an interesting piece not so widespread around the country. 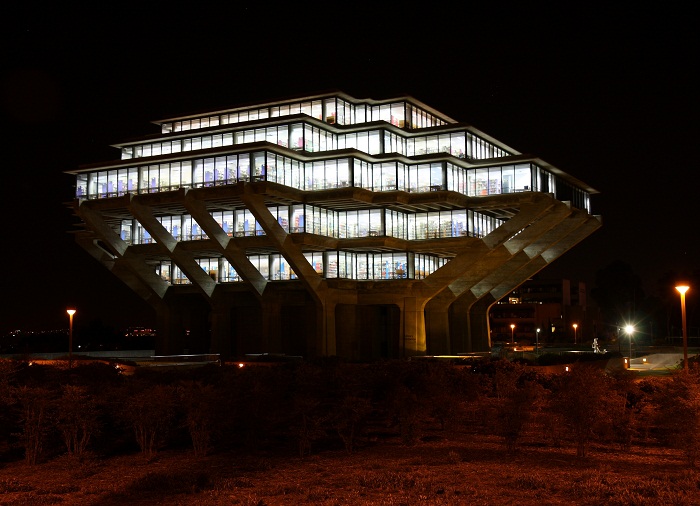 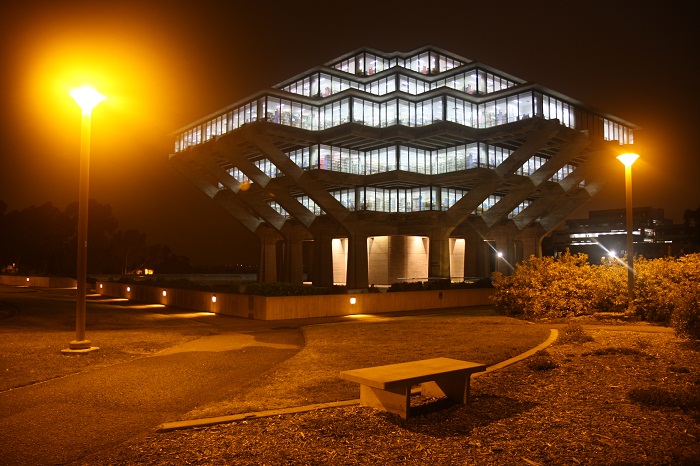