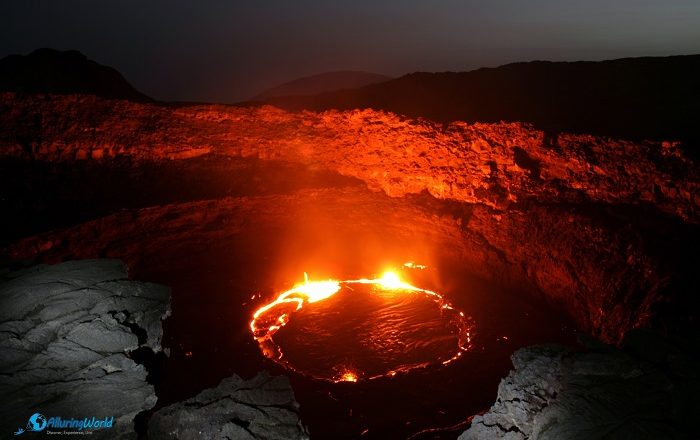 Situated more precisely in the Afar Depression which is considered as a badland desert area, it is certainly one of the most active volcanoes that can be found in the African nation. 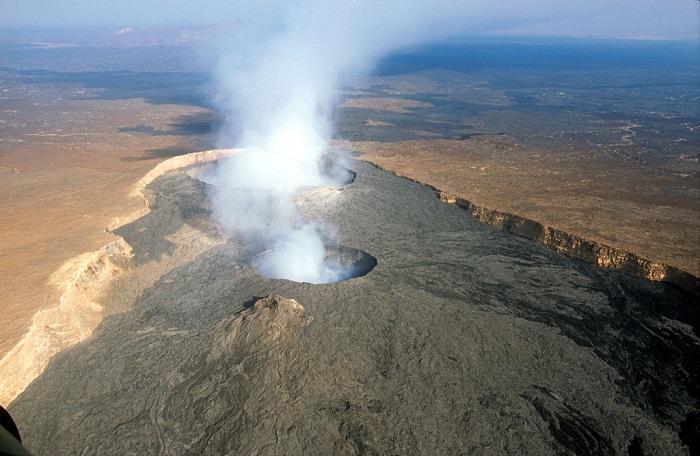 The most famous part is the persistent lava lake which has been active since its discovery in 1960s. Being only 613 meters (2,011 feet) high above the sea, it is one of eight other volcanoes in the world that have a lava lake, nonetheless, it is interesting to be noted that there are two active lava lakes at the summit which sometimes overflow on the south side of the volcano. 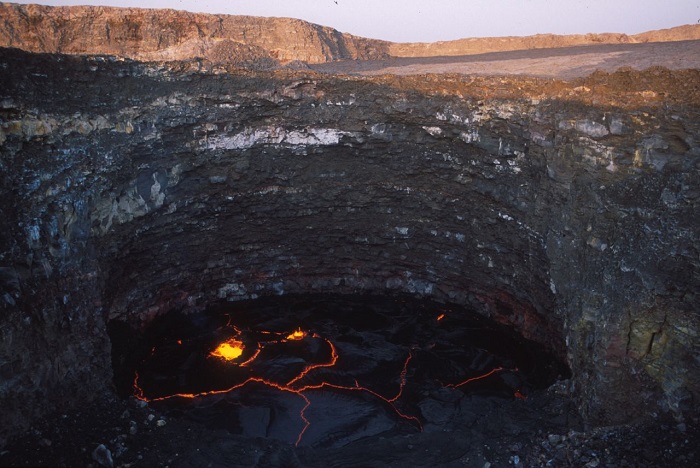 When the name is translated from the local Afar language, it means the “smoking mountain”, and with the enormous pool of active magma which is located beneath the ground surrounding Erta Ale, the volcano shall certainly continue to “smoke” for an even longer period. 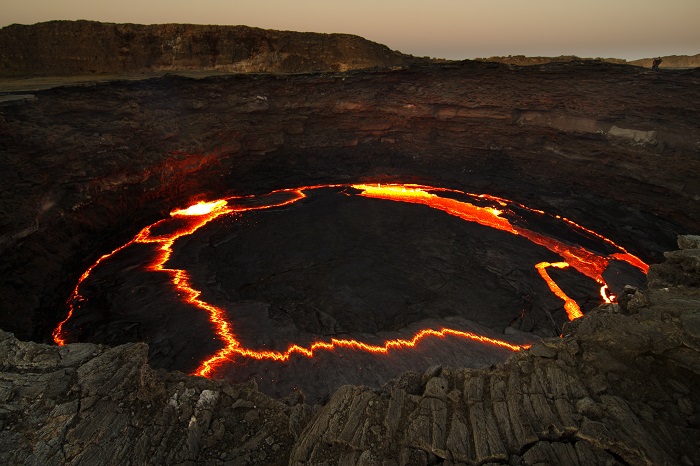 Still, it should be noted that the lake goes through different cycles and from time to time will cool, form a black layer on top, and then all of a sudden converts back into liquid lava. Throughout history, there have been eruptions that occurred more than almost a dozen times, which forced the locals to flee and it killed their livestock. 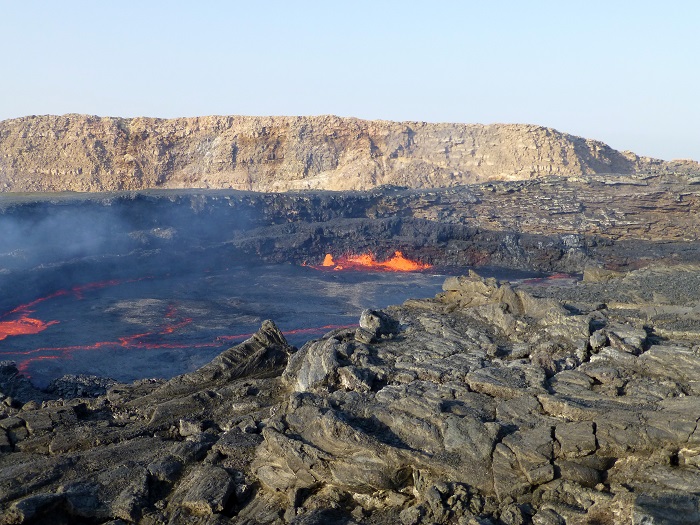 As the volcano is centered over the active continental rift zone in East Africa, better known as the East African Rift System, which in fact is a triple junction where boundaries of three tectonic plates meet, it is sure that continuous eruptions will occur, and movements in the ground shall be felt by the locals. 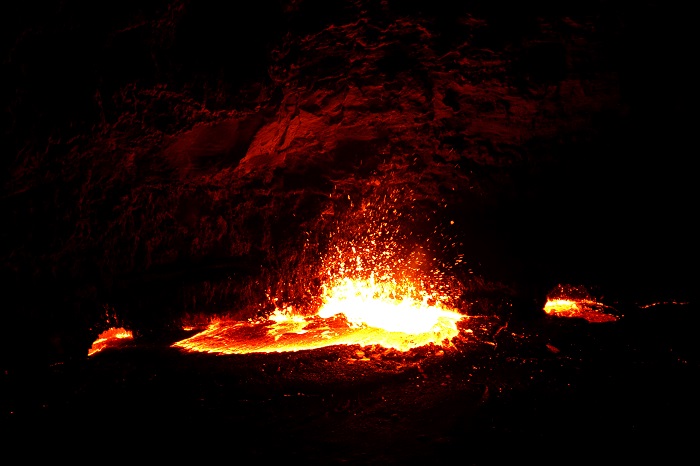 Even though there are quite harsh conditions, the ceaseless danger of volcanic eruption and extreme heat, in recent years there has been a lot of people who saw Erta Ale from a helicopter ride, and in recent years, with the constant growth of tourism, there have been adventure tourism groups which organize trips to the volcano. 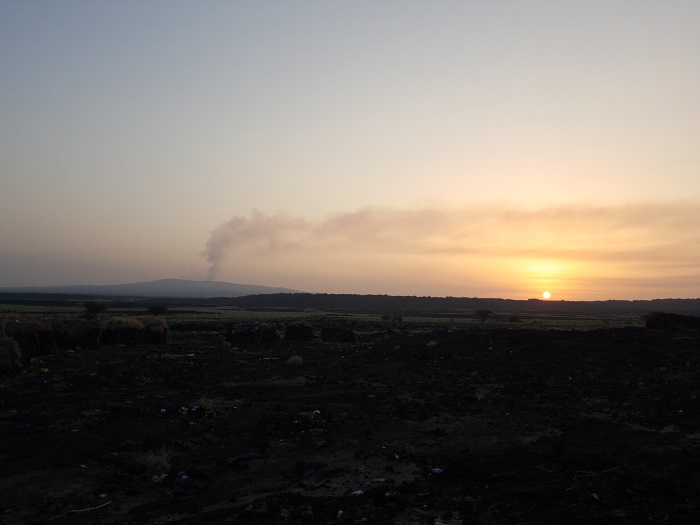 The closest that they could get and which would seem safe distance right next to the unforgiving Erta Ale is some 7 km (4 mi) away, however, there are also some scientists and other visitors who are getting on top of the volcano and witness the mesmerizing and relentless Erta Ale. 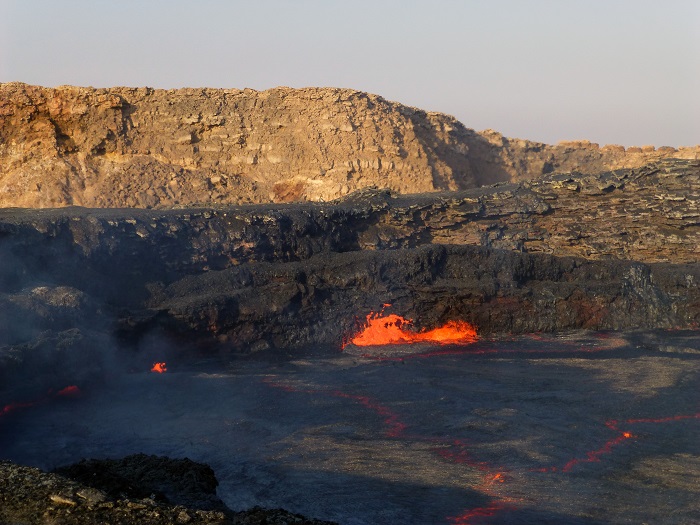 All in all, being one of the unique features of Ethiopia, this small volcano is definitely something that should be well known around the world, and if possible to be better learned about the possible eruptions that might happen in the future. 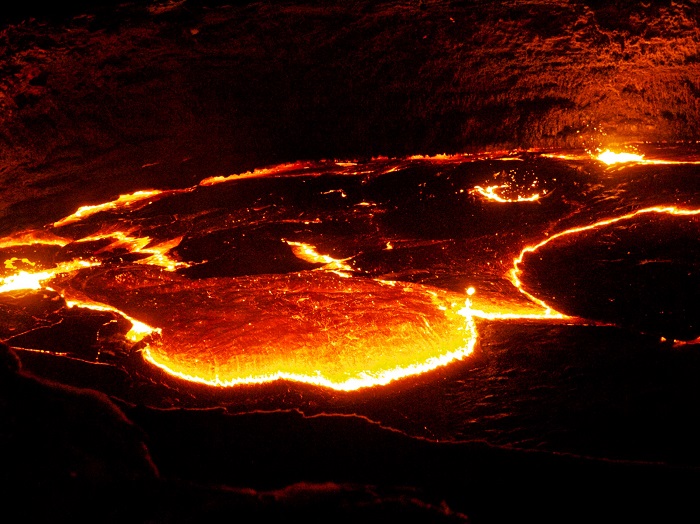 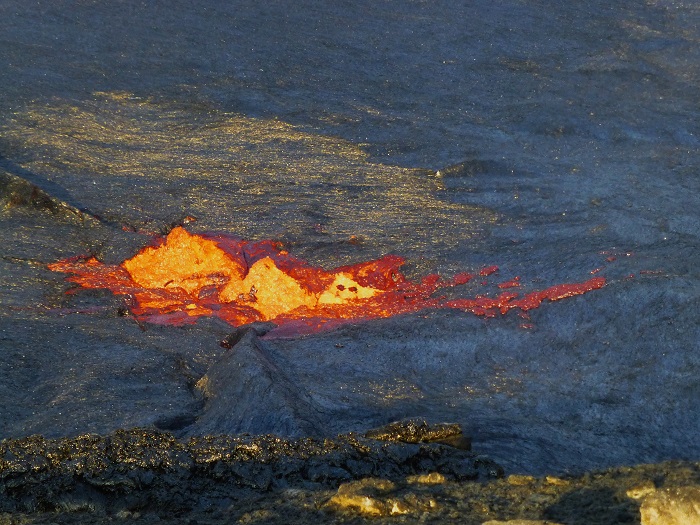