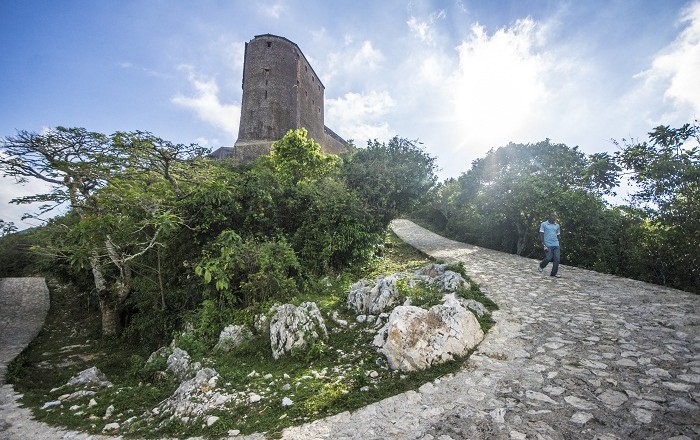 Citadelle Laferrière is a large mountaintop defensive fortress, which was built as an important one at the time, located on the Hispaniola Island, in the Republic of Haiti. As one of the largest fortresses in the Americas, it has become an icon for the island nation, and also an important tourist spot. 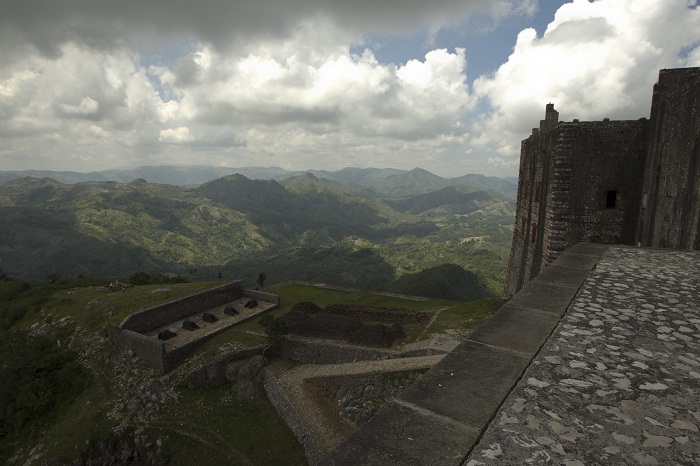 It was built between 1805 and 1820, as part of fortifications which had to protect the newly independent nation from future French aggression. Built more inland atop the Bonnet a L’Eveque Mountain, it had the purpose to defend the nearby valleys from French incursions. 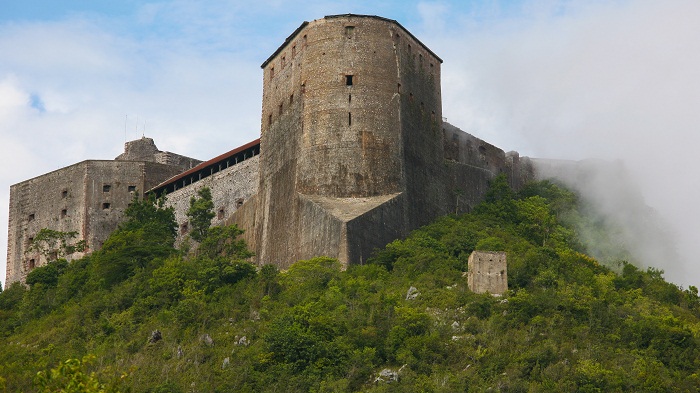 Some 20,000 Haitians were in charge of the construction of the fortress, which was initially commissioned by Henri Christophe, who was a general in the Haitian Army and chief administrator of the northern regions of Haiti. Designated as a UNESCO World Heritage Site since 1982, this colossal fortress being the landmark of the country, it is featured on currency, postcards, stamps and posters issued by the country’s ministries. 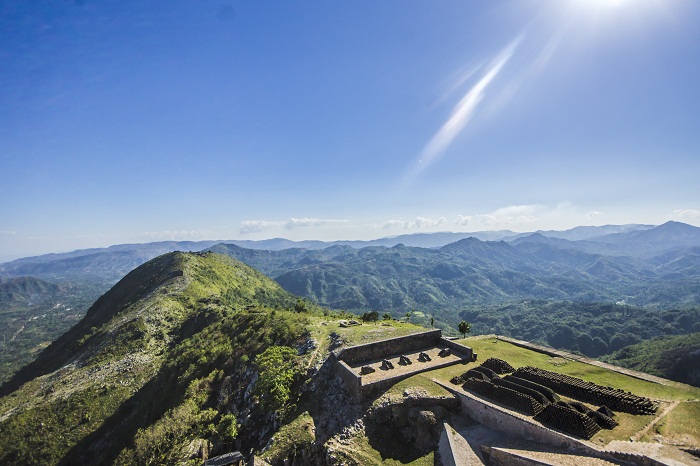 Covering an area of some 10,000 square kilometers (108,000 square feet), it has been made out of large foundation stones laid on the mountaintop, using a mortar mixture that included quicklime, molasses and blood of local cows and goats. 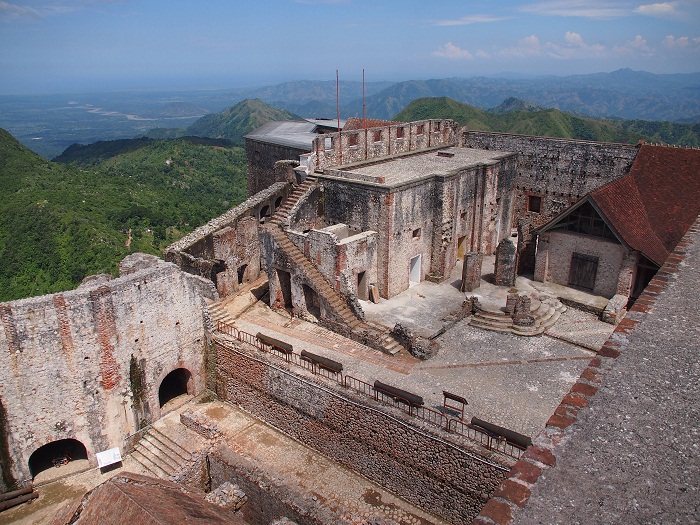 Inside the fortress, there are large cisterns and storehouses that stored enough food and water for 5,000 soldiers, who would last for an entire year. The fortress has an angular structure, thanks to which its appearance has different forms based on the viewer’s location. 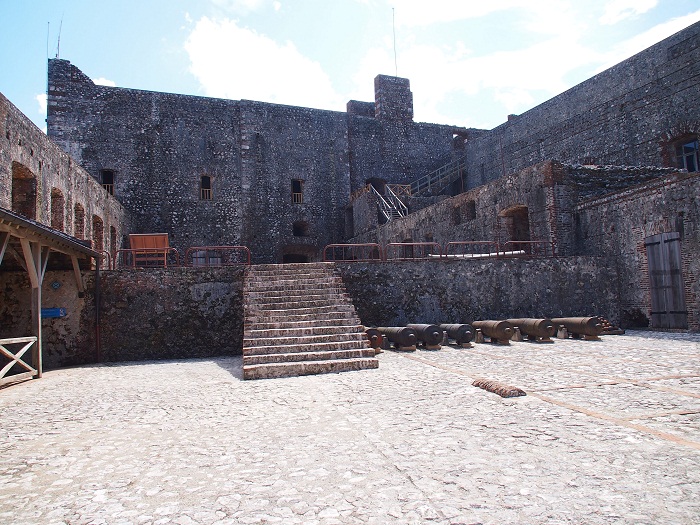 Some of the angles have protective character and were designed to deviate the enemy’s cannonballs. As this huge structure has been designed to defend the sovereignty of Haiti, the attack of the French Army never happened, so this fortress nowadays survives almost unchanged. 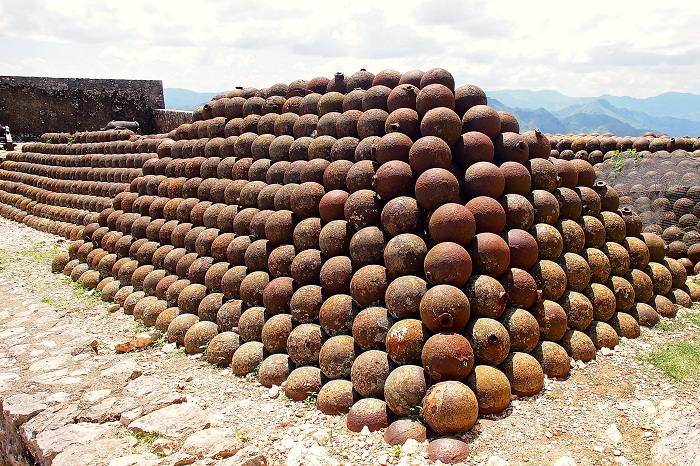 Despite the military mission and the atmosphere of war and danger still present in the Citadelle, its windows open an amazing view to the surrounding landscapes. There are fantastic views on three sides of tumbling green peaks and, to the north, Cap-Haïtien, where the streets are lined with colorful shops, watch-menders and old men playing dice. 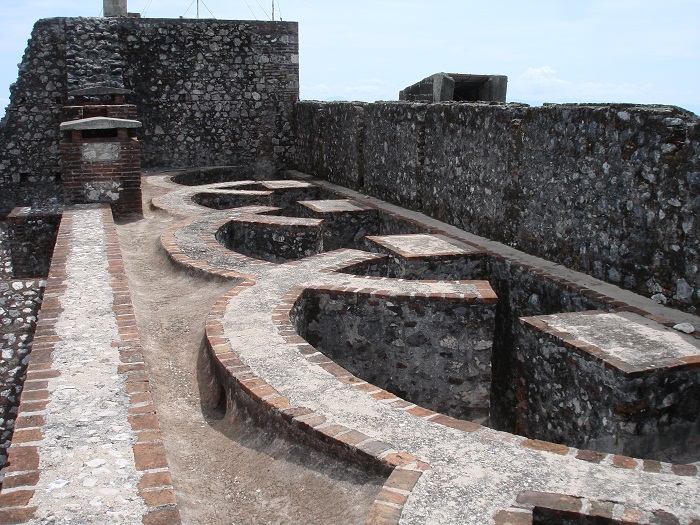 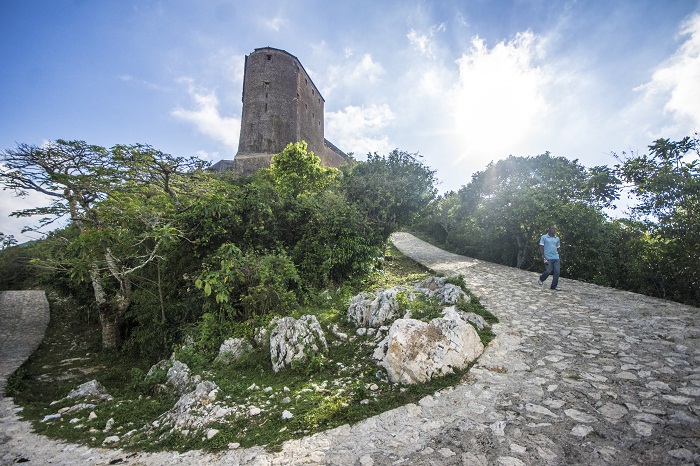 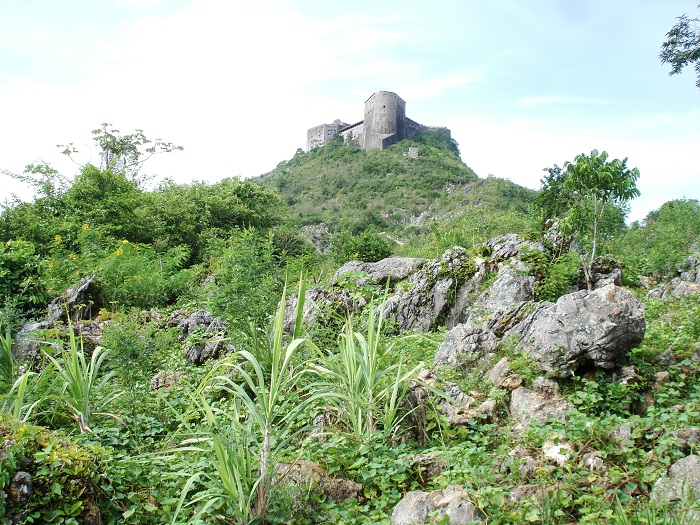 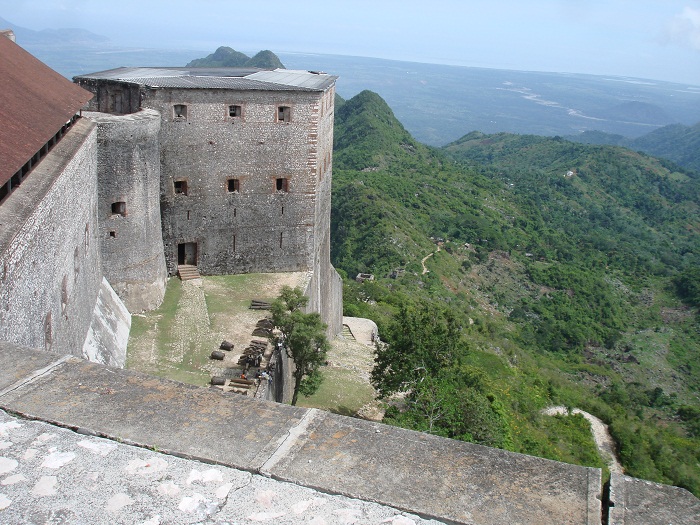