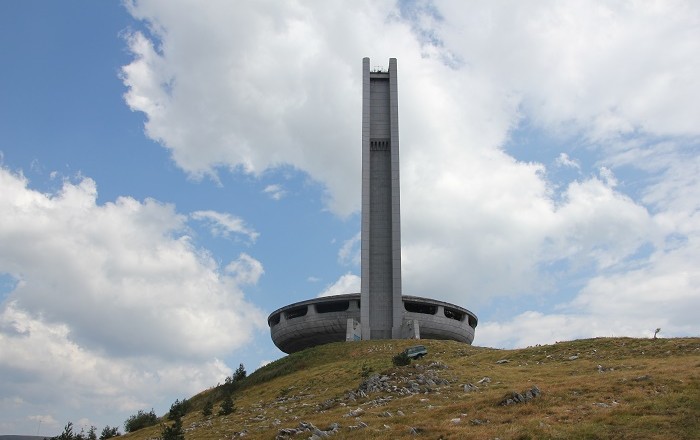 The Buzludzha Monument is located on the historic peak of the Central Balkan Mountains, where an important battle in 1868 was fought between the Bulgarians and the Ottomans. 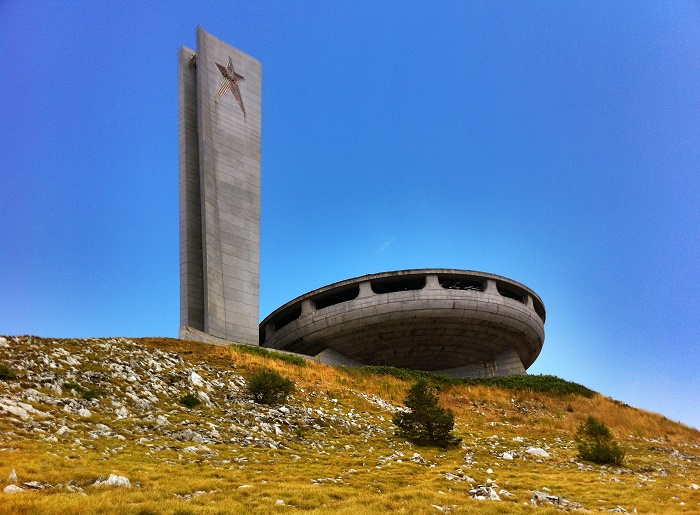 The peak itself is 1441 meters high (4728 feet), and on top of the peak sits the Monument which was built by the Bulgarian communist regime to commemorate the 1891 events. 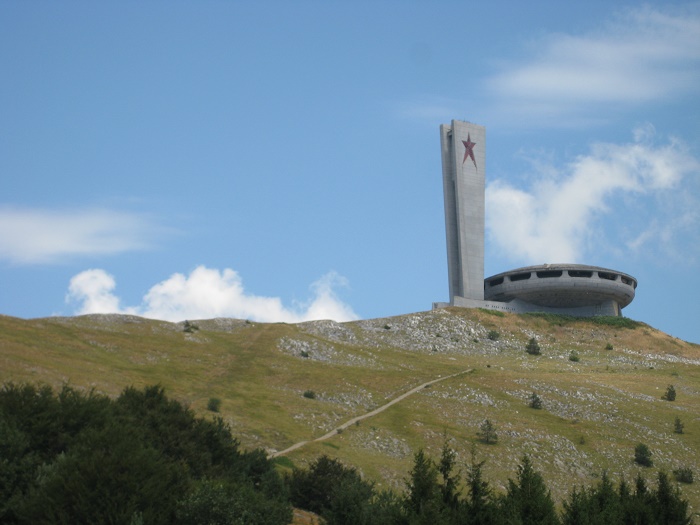 Back then the socialists led by Dimitar Blagoev assembled secretly in the area to form an organized socialist movement with the founding of the Bulgarian Social Democratic Party, which later became the Bulgarian Communist Party. 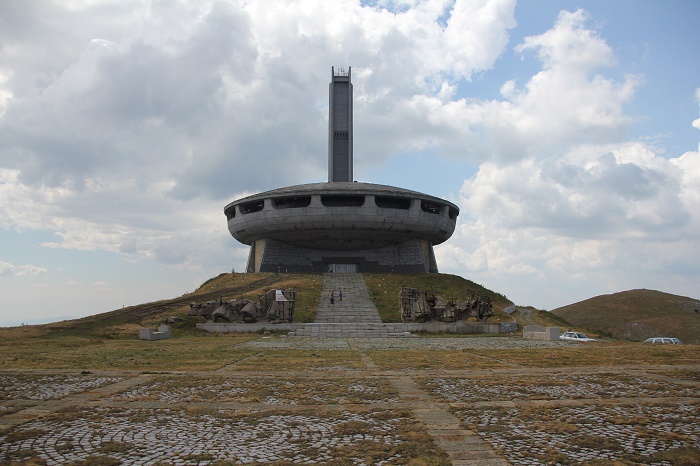 Work on the monument began in 1974, where units of the Bulgarian army were doing most the work, but there were also involved numerous artisans who were responsible for the large statues and murals. 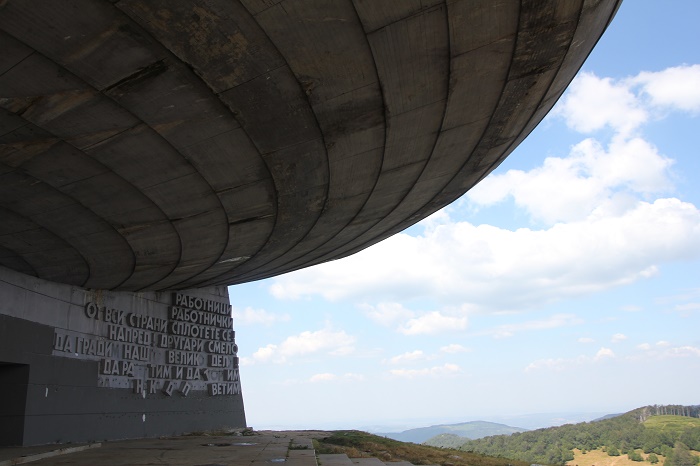 The official opening of the Monument was in 1981, however, with the fall of the Communism in Bulgaria, this legacy of the Bulgarian Communist Party is no longer maintained by the Government, and it has fallen into disuse, it is abandoned and vandalized. 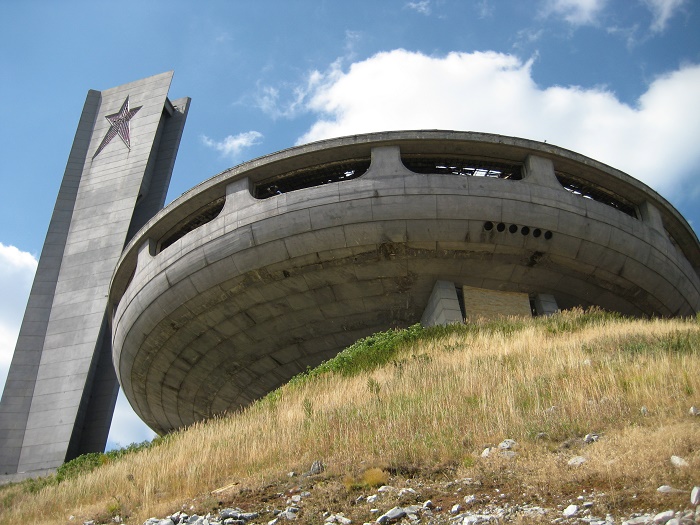 Because there were some heavy damages on the roof, the main entrance of the building has been sealed for the public. Even though the entrance is closed, still the inside can be reached from the small opening on the right hand side of the building. 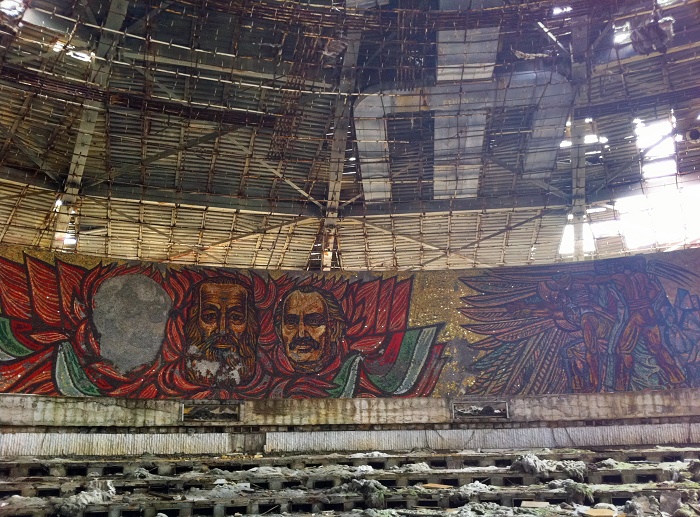 But as you go inside, you will notice right away that the artwork (most of it) has been removed or destroyed, and because it commemorates the past for which the greater part of the Bulgarians are not proud of, no apparent plans are in place for the Monument to be renovated. 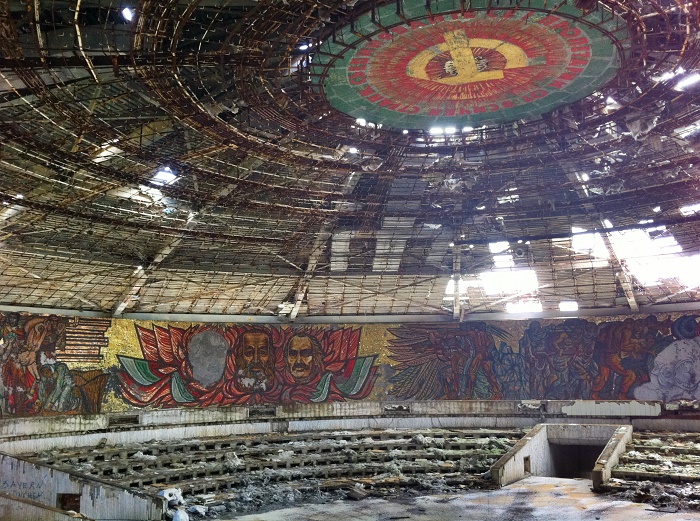 Lately, many tourists are allured to go and see in person this interesting Monument, which will make you discover more about its past. 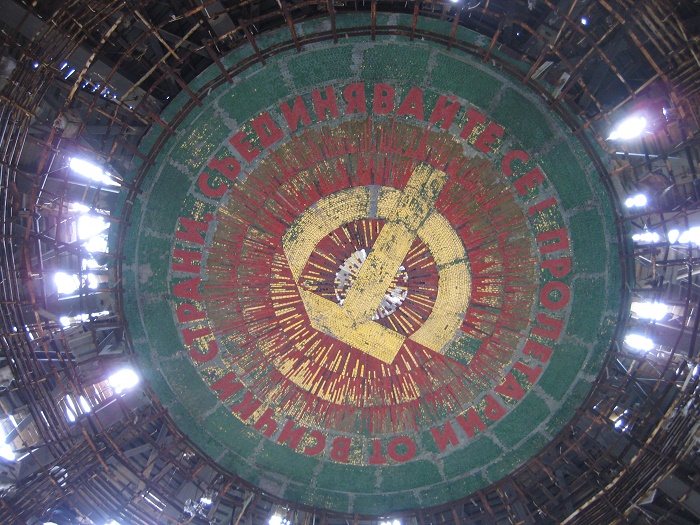 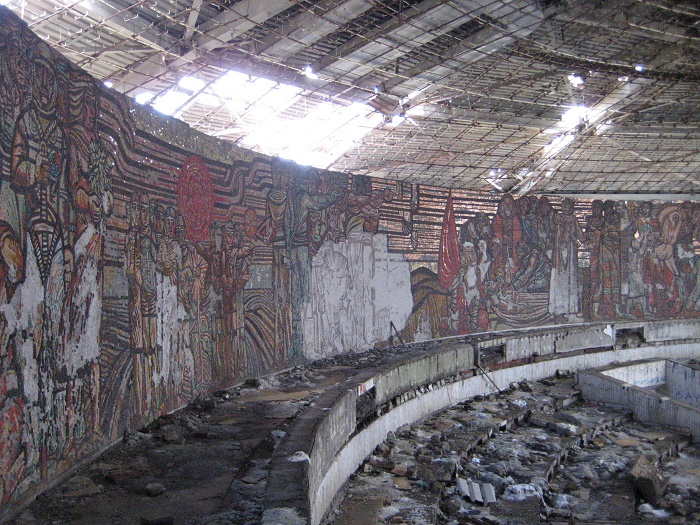 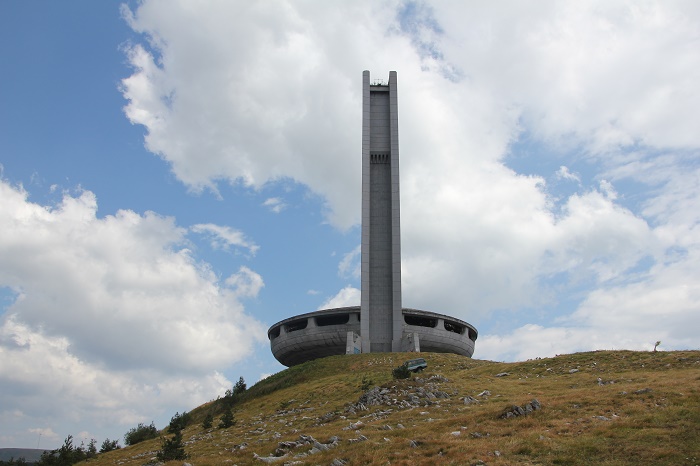 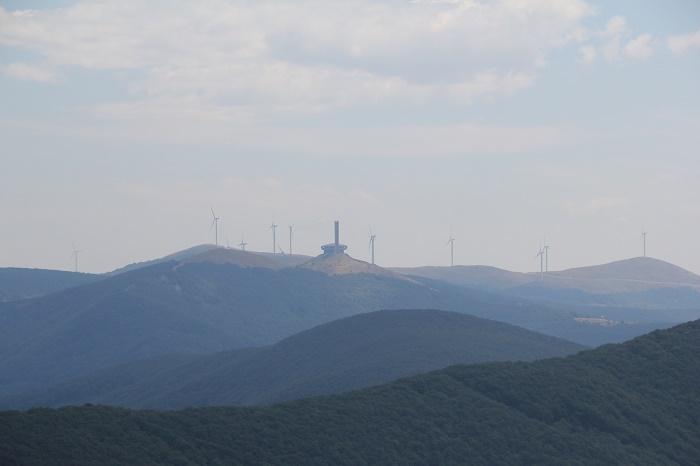