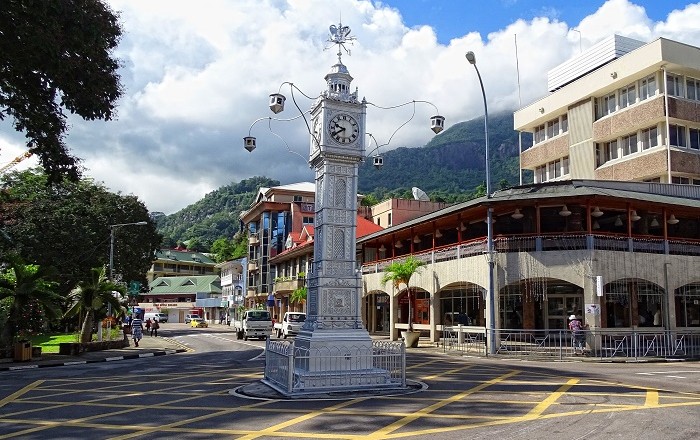 Victoria Clocktower, or as it is better known in Creole Lorloz, is the oldest historical and popular landmark, as well as one of the most prominent features of the capital city Victoria of the island nation of the Seychelles. 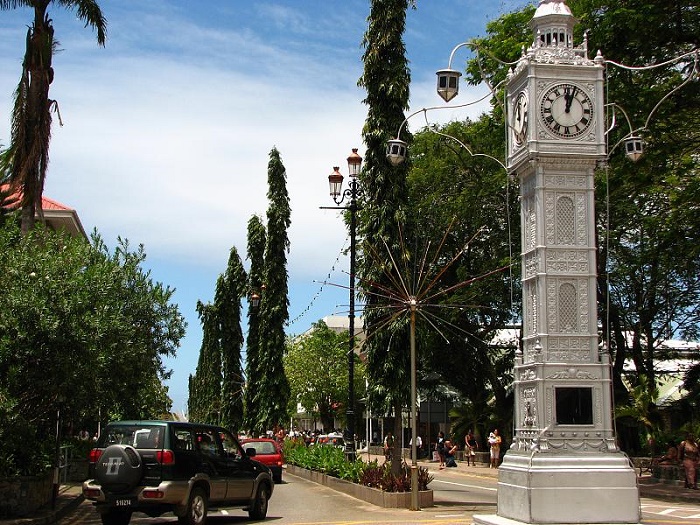 While all around massive transformation has taken place in the town centre, with modern buildings of concrete and glass springing up, the Clocktower has remained virtually unchanged for 100 years. For much of the Seychelles time as a British colony to this point, Queen Victoria had ruled England and its colonies. 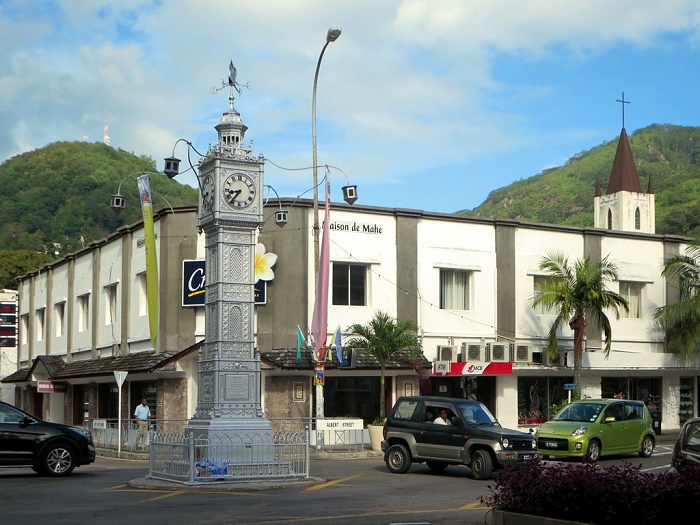 Queen Victoria ruled the British Empire from mid-1837 until her death in early 1901, a reign that lasted 63 years and seven months and made her the longest serving British monarch as well as the longest serving female monarch in history. Victoria was the one for whom the capital city of the Seychelles was named, and eventually, the one for whom its now famous clock tower was erected. The clocktower was inaugurated in April 1903, by Ernest Beckham Sweet Escott, who was then the Administrator of Seychelles. 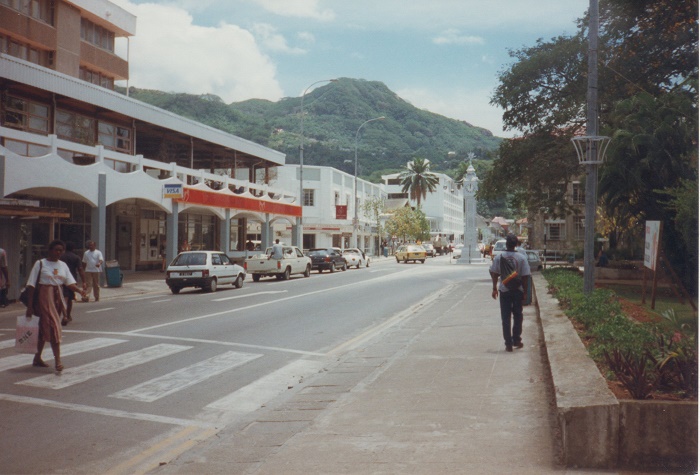 It is an elegant replica of the clock that was first erected in London in 1897 at the junction of Victoria Street and Vauxhall Bridge Road, near Victoria Station. The Victoria Clocktower was made by Messrs Gillet and Johnson of Croydon, and paid for partly by public subscription, and interestingly enough, it was erected the same year that Seychelles celebrated its new status as a Crown colony, administered directly by a governor appointed by London instead of from Mauritius. 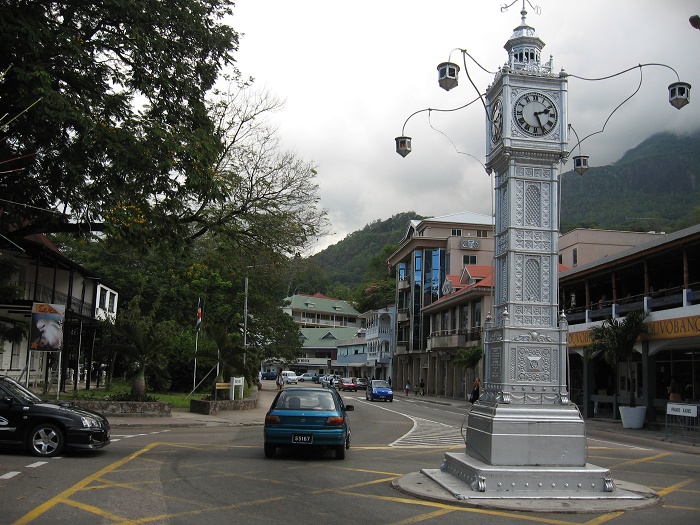 Originally, the clock was expected to chime, but sadly failed to do so. At the turn of the century the Clock Tower was more than just a sublime structure with Corinthian motifs and Victorian heraldry. People used the clock to know the time of the day. 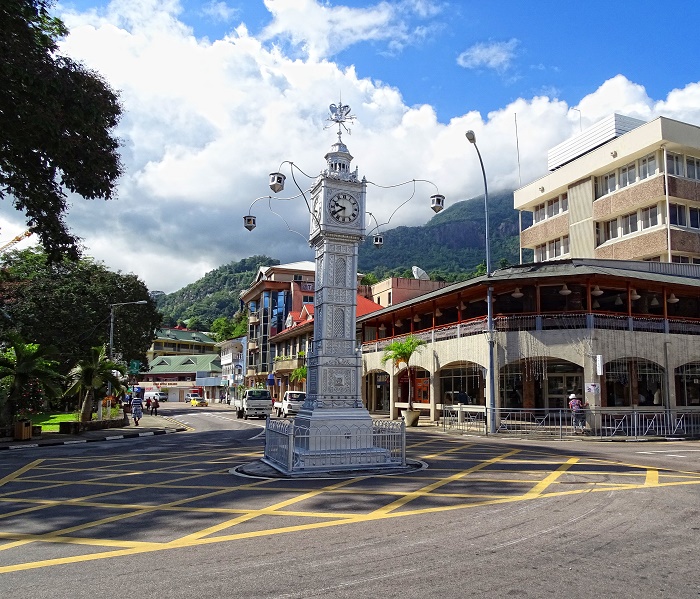 Today, however, the Victoria clock regularly strikes the hour, having had its mechanism completely replaced in 1999 by a modern, quartz master clock. The work was carried out by the original manufacturer, Gillett and Johnson, with the cost again being met in Seychelles partly by public donation. This popular landmark also bears the name of “mini Big Ben”. 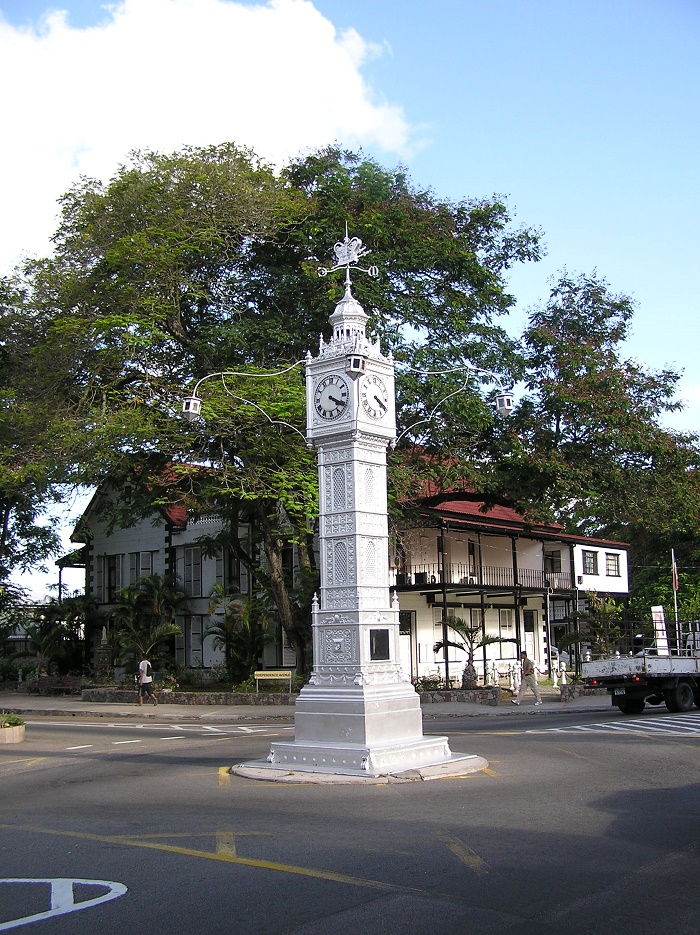