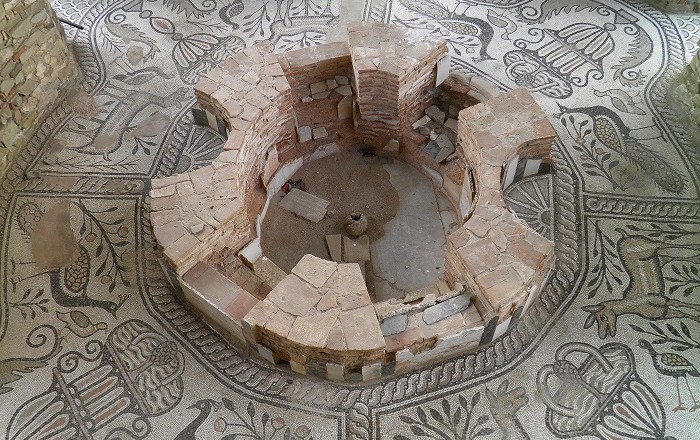 Stobi is an ancient city that nowadays is in ruins, located at the confluence of the rivers Vardar and Crna, in the Municipality of Gradsko, in the central part of the Republic of Macedonia. Due to the location, and the proximity of the main highway Alexander of Macedonia that runs through the small Balkan republic, the ancient city of Stobi is considered to be one of the most visited and most famous sites in the country. In the past the city rose from the ground when it was part of the Kingdom of Paeonia, according to some historians during the rule of King Philip V, and it had a strategical importance as it was the center for trade and warfare. 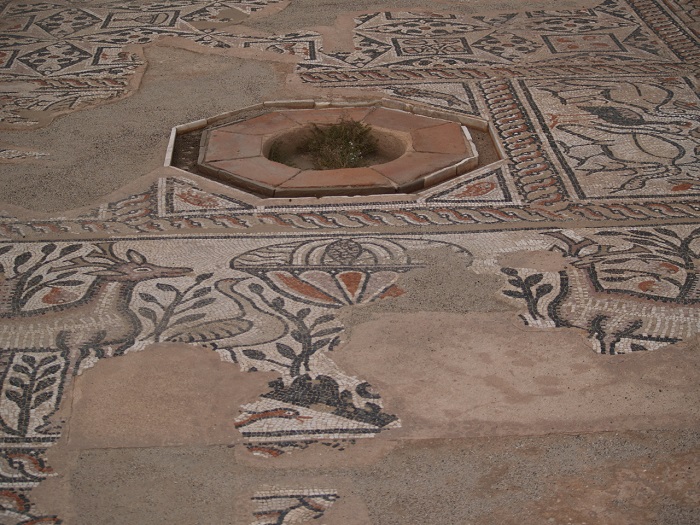 Developed from a Paeonian settlement, at one time covered an area of some 25,000 square meters (270,000 square feet), as well as being the capital city of the Roman province Macedonia Secunda. There are numerous historical and literary documents, together with archaeological findings that form the complete urban picture of how the life was in the city, giving the experience to every visitor who is allured by the place. 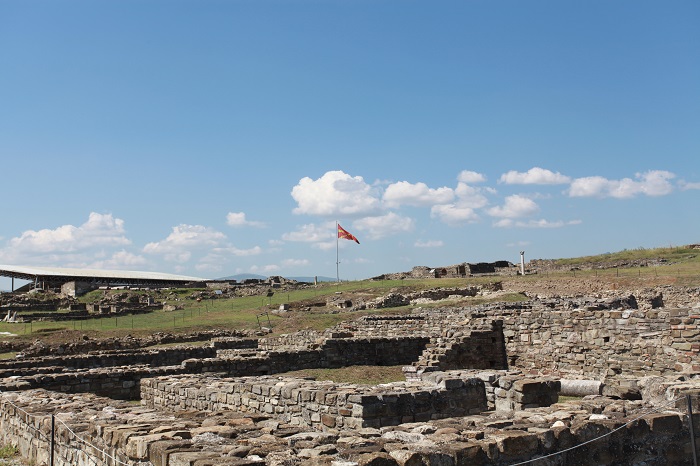 At first during the time when Macedonia was part of Yugoslavia, there were excavations which were carried out by Serbian archaeologists that finished before the Second World War began, and then when Macedonia became independent in 1991, the excavations continued. 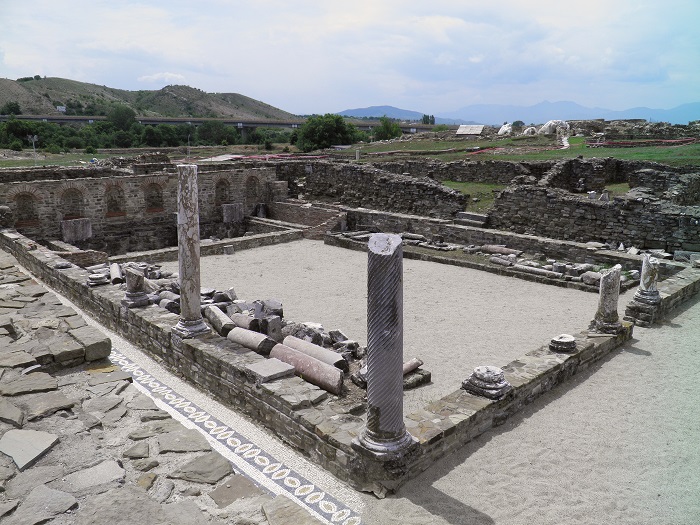 As the city occupies three terraces that slope towards the Crna River, there are some suburbs and cemeteries which are located outside the city walls, nonetheless, so far there have been 26 exposed buildings which are quite attractive for people to go there and see them in person. Perhaps the most interesting is the Theater which is one of the most impressive buildings ever built in this ancient city. Located at the south edge, on a slight slope or a flat ground with supporting construction of radial and circular walls, it is one of the most unique ones in the entire country. With the division of two zones by a central path that is called diazoma, there are between 33 and 35 rows, where today the upper part is only identified by the remains of the supporting construction. 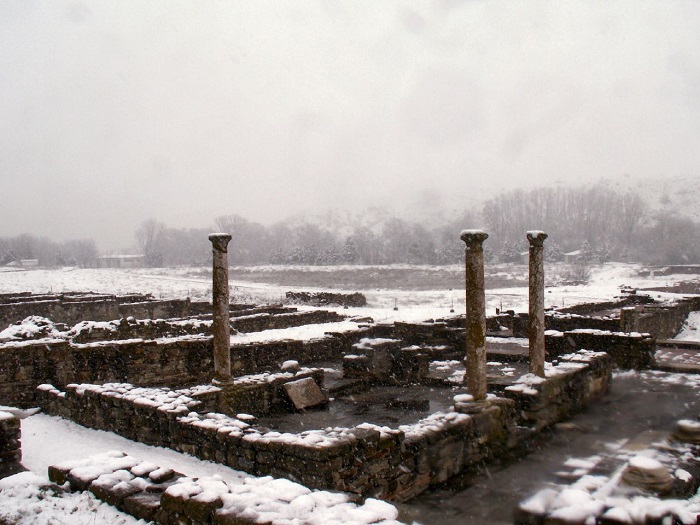 The citizens that wanted to see the “shows” in the Theater were entering through the entrances on the outside that led to the halls beneath the auditorium, and it is interesting to see that there are names which are carved on the marble, marking the seats of the most regular visitors. 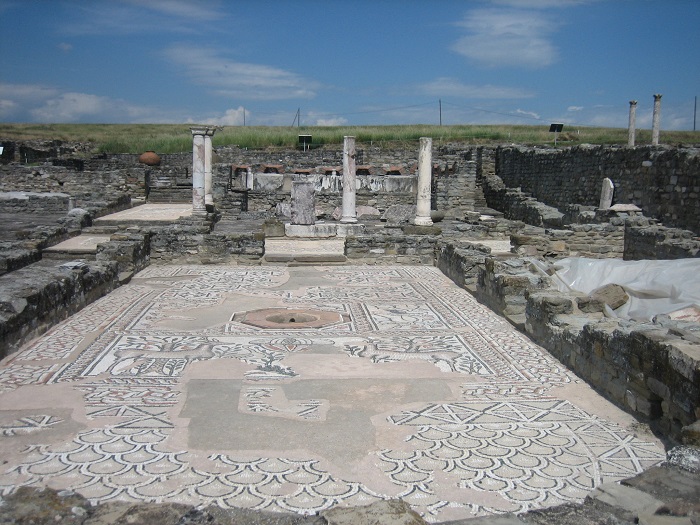 According to some calculations, the auditorium could have accommodated around 7,600 spectators, and since 2009, new systematic excavations have begun, with hope that the Theater will be completely excavated, and brought back to its former glory. Probably the most significant building from the site is the Episcopal Basilica, a significant Christian  building. 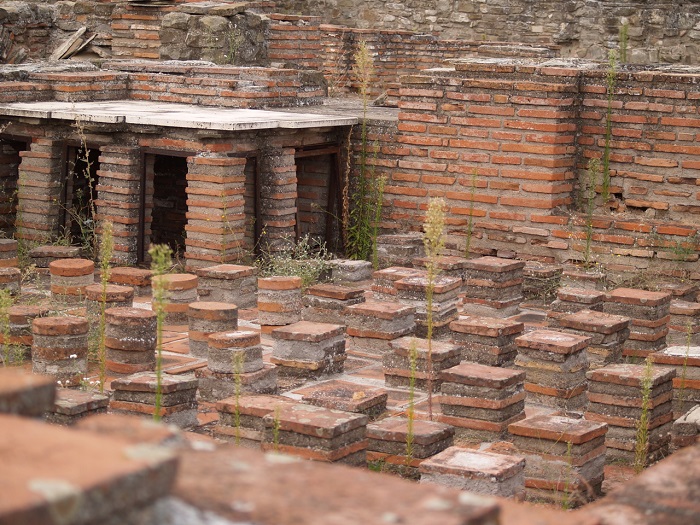 Located to the west from the theater, it was constructed in two separate periods. The first one is from 4th century, while the second one is from 5th century, which makes it definitely the oldest church in Macedonia. In addition, to the southern part is the famous Baptistry that has the plan of an inscribed quatrefoil, covered with dome. 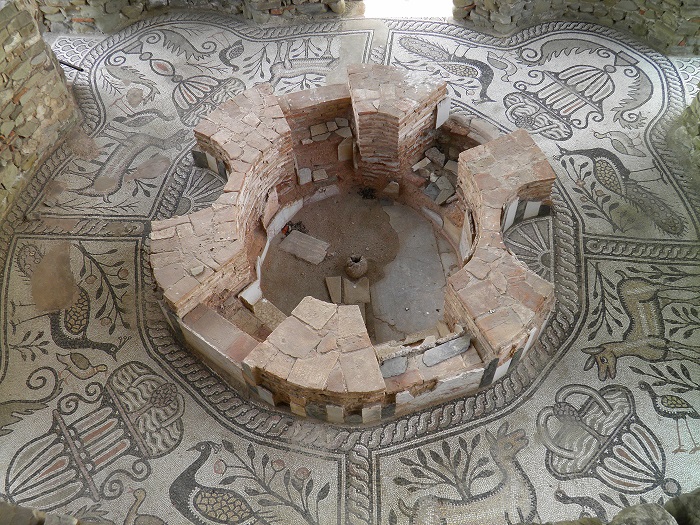 With a small piscina in the center with steps on two sides, the Baptistry is enriched with glorious mosaics, the famous peacocks which are today used on the 10 Macedonian denars banknote and coin, and there are also kantharos, ducks and deer. These were not the only structures in the city. 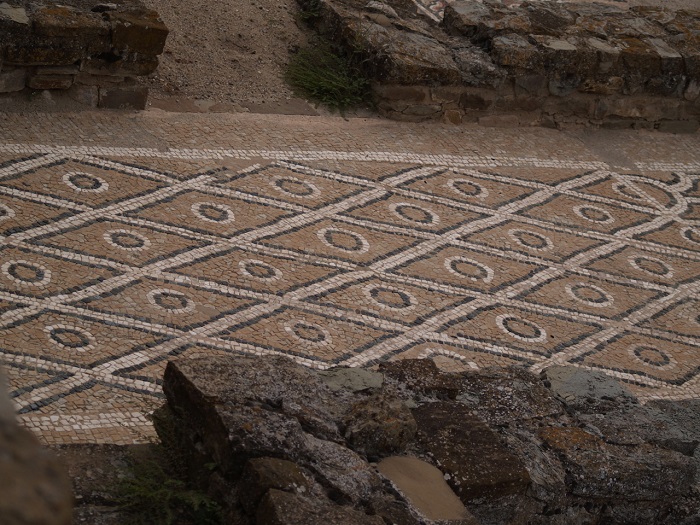 There was also the Northern Basilica, the Central Basilica with the Synagogue, the House of the Psalms, the Main Town Public Fountain, the Episcopal Residence, the House of Polycharmos, the Small Bath, the Big Bath, also known as Magnae Thermae, the House of Peristerius, the Palace of Theodosius, the Casino, the House of Partenius, and the streets that connected all these interesting structures. 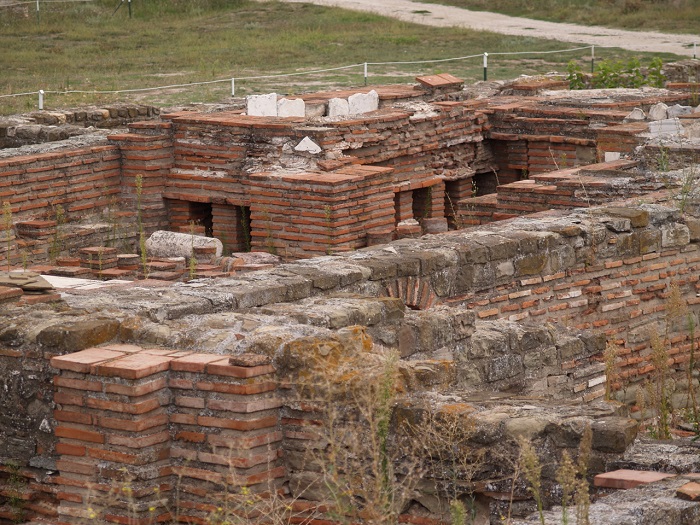 Among the reconstructed ones are Via Axia which is one of the main streets, Via Theodosia which is parallel to Via Axia, Via Principalis Inferior where the Public Fountain is located as well, and this street is parallel to Via Principalis Superior. Probably the most interesting is Via Sacra, or better yet the Sacred Street, which ran from Porta Heraclea to the Episcopal Basilica and it was approximately 75 meters (246 feet) long. It was paved with sandstone slabs and there were colonnades with arcades on both sides, where the columns were founded on a stylobate made of seats from the theatre. Sadly, Stobi was most likely destroyed in the year 447 by the Huns, as it was the case with many other cities around the Balkan Peninsula, which also marked the turbulent period of the city which would lead to a gradual demise of Stobi. 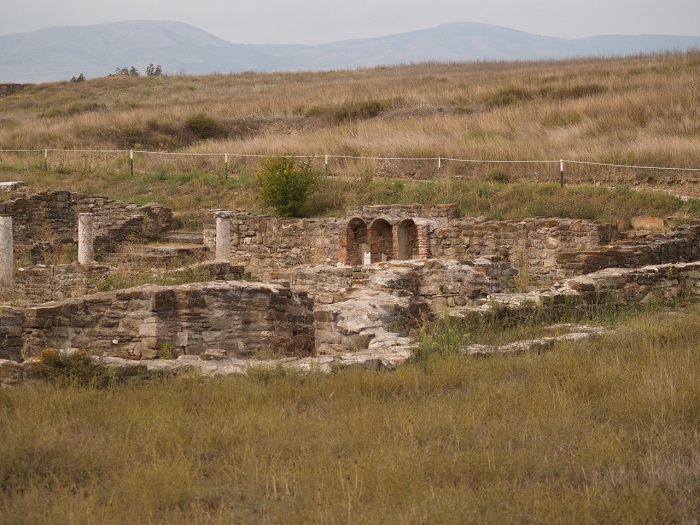 With the movement of people throughout the centuries, there were other people that settled in, however, the level of population was very poor. Today there are plenty of people that are visiting this amazing ruined city, and as there is a souvenir shop, the visitors are getting something extra, more precisely replicas from the artifacts which were excavated who then on continue to let know every friend and relative about the extraordinary treasure which is located in the heart of Macedonia. 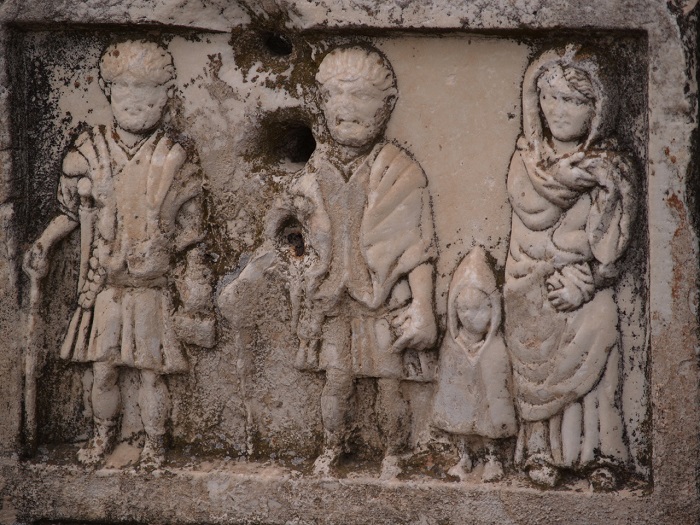 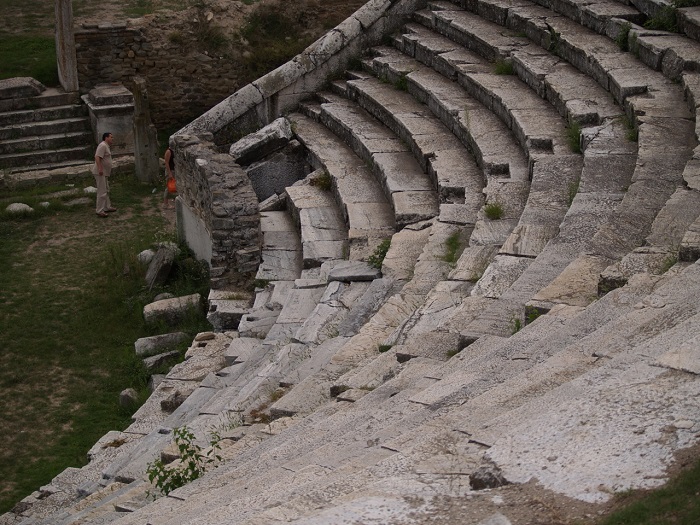