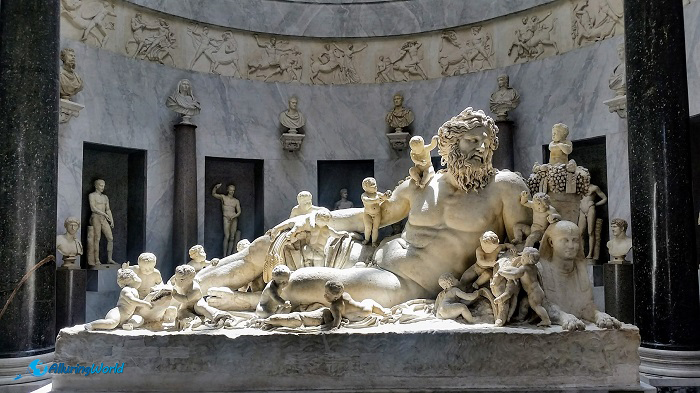 The Statue of the River Nile is a colossal statue that allegorically represents the River Nile, and it is nowadays located in the public art and sculpture Vatican Museums, within the Holy See, or better known as the Vatican City State. 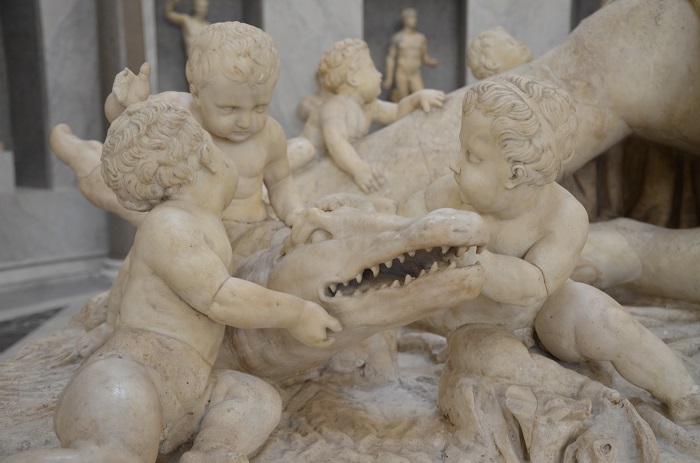 Found in the year 1513 in the Campo Marzio Rione where it was considered to have enriched the interior of the Roman temple of Iseo Campense, which was dedicated to the Egyptian deities Isis and Serapis. 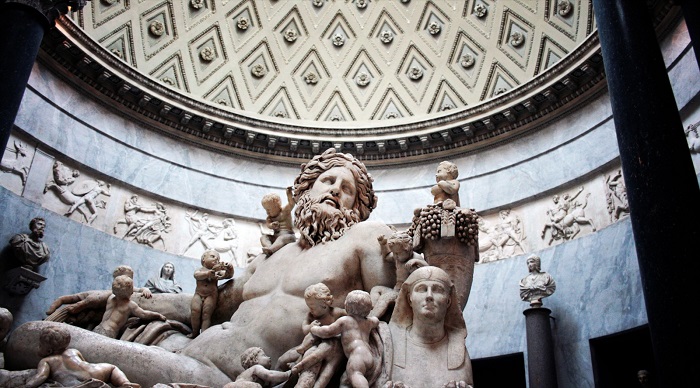 With this enormous statue, the allegorical representation of the Nile is a venerable old man lying in the muddy bank of the river in Alexandria, considered to have been created in the third century BC, and it is considered to be the best example of this iconography. 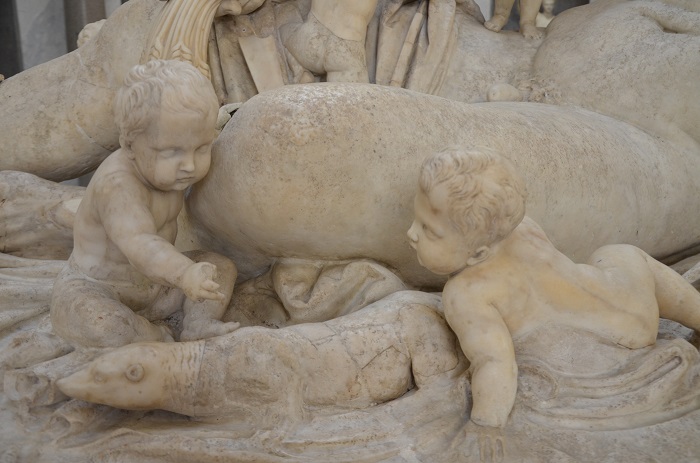 This representation started spreading throughout the Roman world thanks to this statue, and its original place of creation, Alexandria. As the old man is stretched on his side with a cornucopia of fruit in his left arm and ears of wheat in his right hand, Egypt has its own presence in the form of a sphinx on which the Nile supports himself, in addition to some exotic animals which surround him. 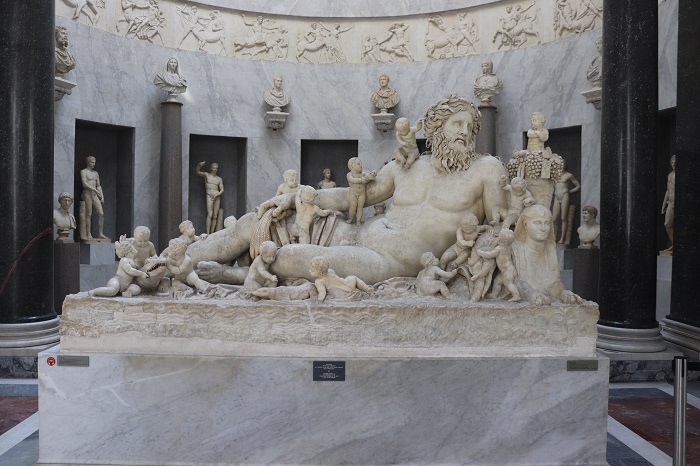 There are sixteen children who allude to the sixteen cubits of water by which the River Nile rises for its annual flood. Furthermore, the base of the statue, as well as the back of it, is richly decorated with a Nile landscape with pygmies, hippos, and crocodiles, which give the unique visualization that attracts many people and historians to learn more about it. 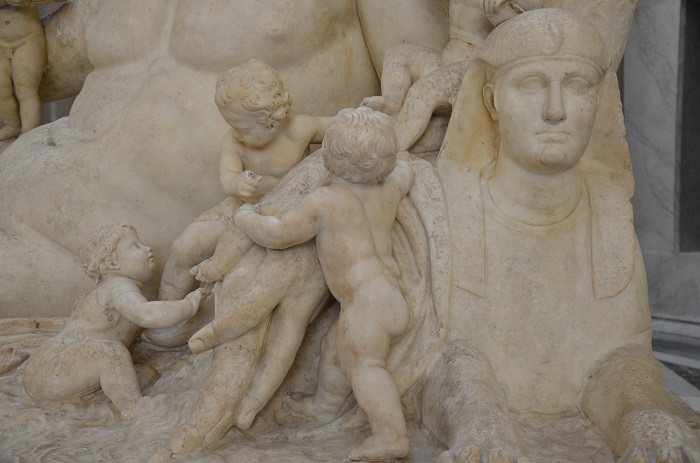 All in all, a true historic monument that was saved throughout the long standing history of the eternal city of Rome, so that today people would admire it in the enormous and full of artifacts Vatican Museums. 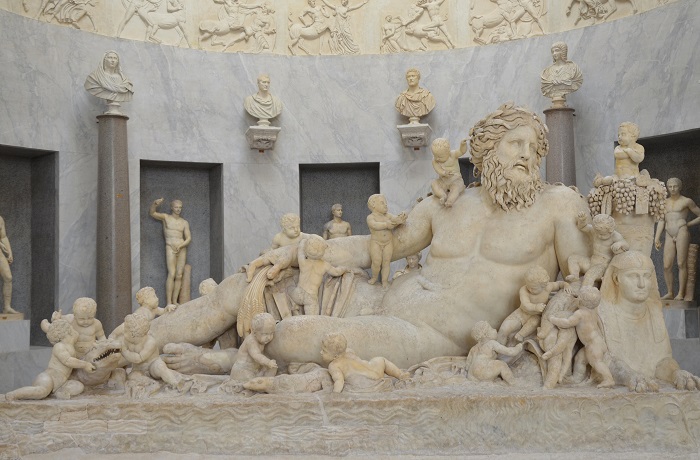