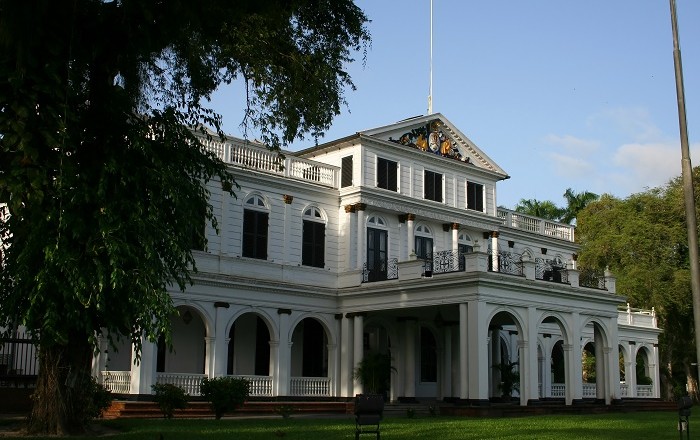 Presidential Palace of Suriname is as the title says, the official seat of the President of the Republic of Suriname, located in the capital city of Paramaribo. 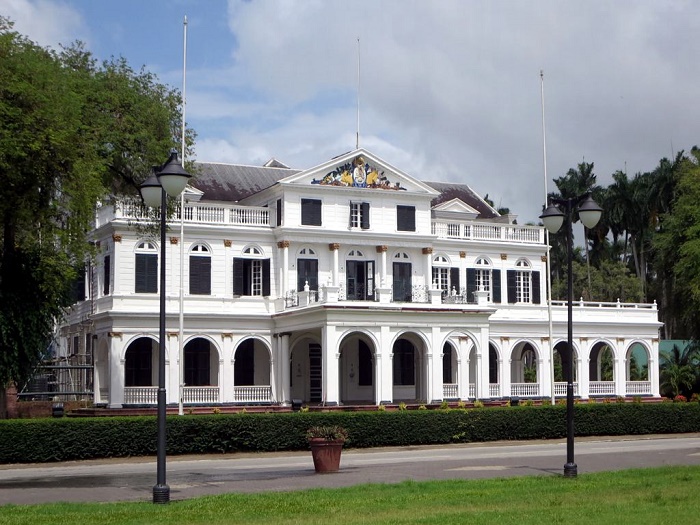 Located more precisely across Independence Square which also houses the National Assembly of Suriname, the Congress building, the Court of Justice, and the Ministry of Finance, it is one of the most prolific and best maintained examples of Dutch colonial architecture in Suriname. 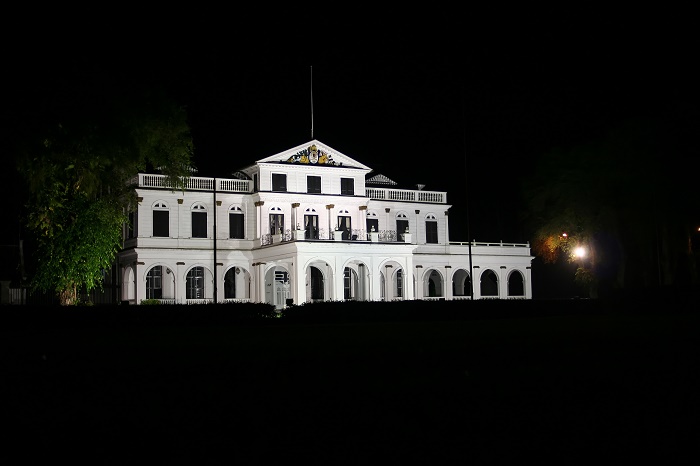 Built in 1730, when former Governor-General of Suriname, Charel Emilius Hendrik de Cheusses led an expansion project of the already existing governor’s palace, there was a major renovation in 1780 commissioned by Governor-General Bernard Texier where the palace underwent multiple changes, but was slowly falling into disrepair. 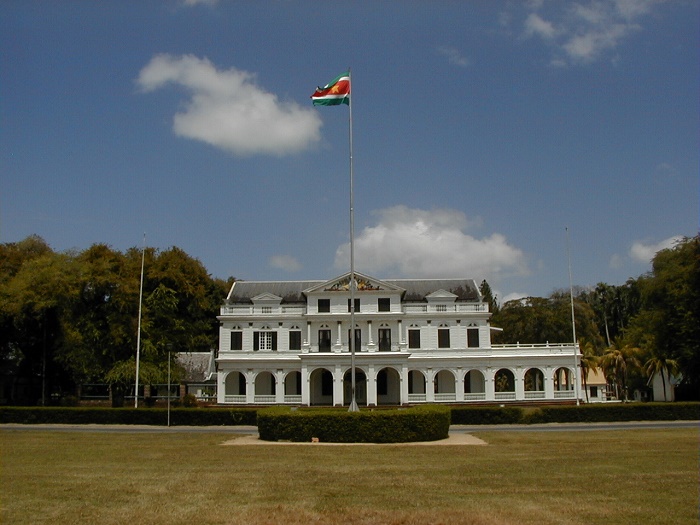 When Texier took office, he decided to take up residence at the Gravenstraat 6. A grand gallery was added along with a third floor. The condition of the palace and its state remained the same up until 1911 when the palace expanded to the current size it has, with the added portico and terrace. 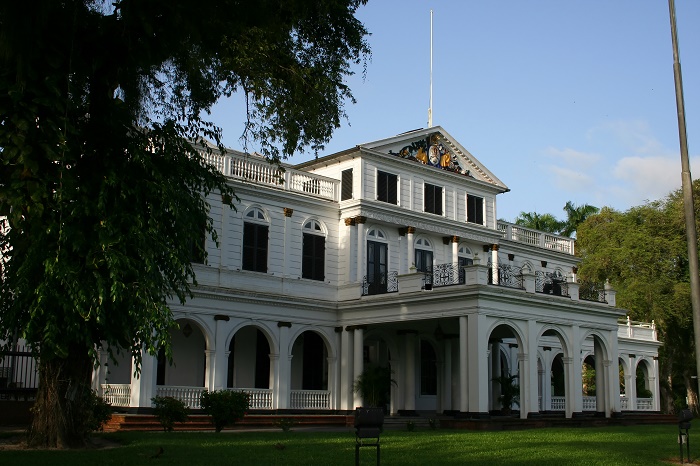 The building received many ornamental additions, such as the arched beams of the balcony and the shield of the “Geoctrooieerde Sociëteit van Suriname” placed on the third story. It was added to the UNESCO World Heritage Site list, and since 1975 it is the symbol of the Surinamese independence, most commonly known as “Het Presidentieel Paleis”. 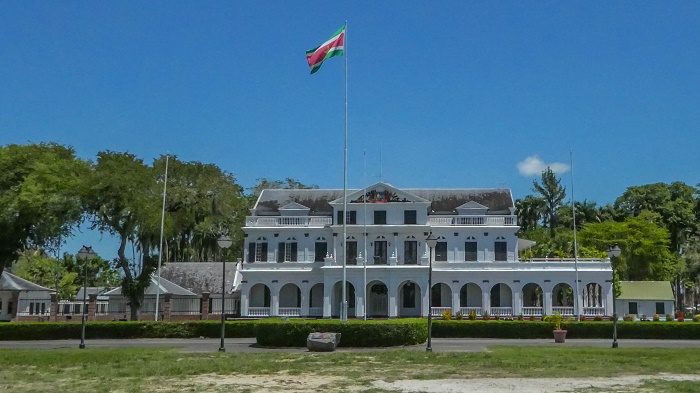 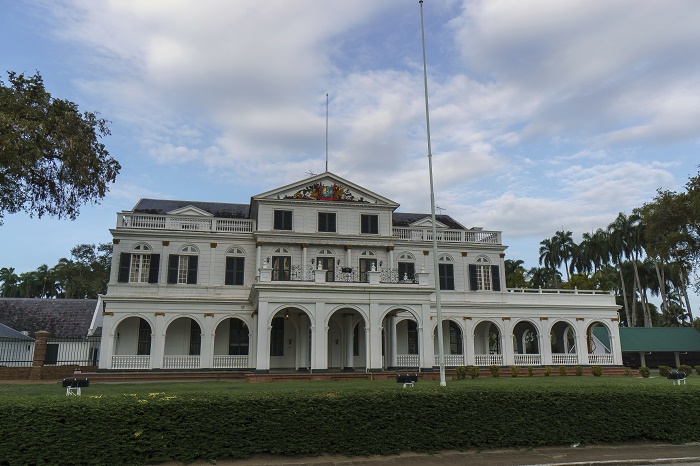