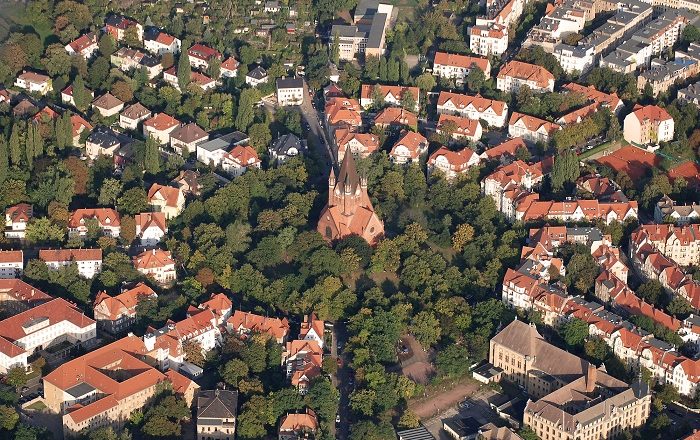 Pauluskirche, also known as Saint Paul’s Church, is an interesting Gothic church that is located in the central part of the Paulusviertel District which lies in the city of Halle (Saale), within the Federal Republic of Germany. 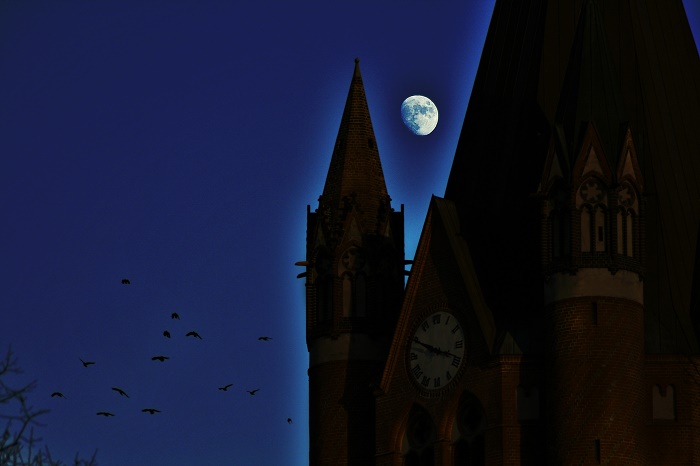 The construction of Pauluskirche began on 22 October 1900 when it was the birthday of the last German empress and queen of Prussia, Empress Auguste Viktoria. By September 1903 the church was entirely completed and it was inaugurated of the Empress herself, who also contributed greatly in the construction. 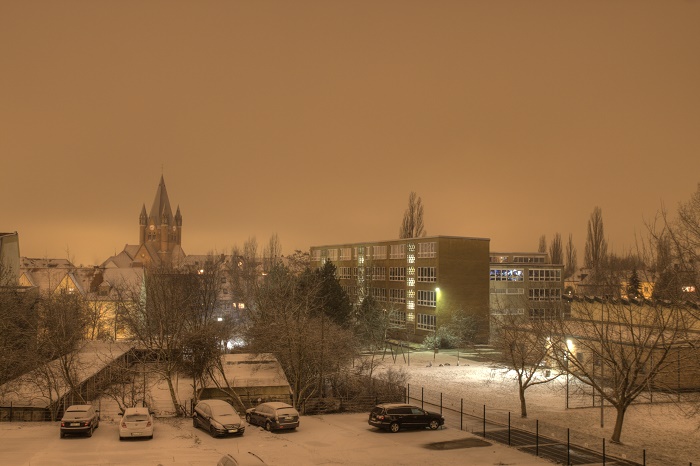 The responsible people for the interesting design were the Prussian construction officials Oskar Hoßfeld , Richard Schultze and Johann Matz. In addition, the interior is very interesting and can accommodate up to 995 people, where the windows are some of the best work in the area, which were made by the Berlin interior designer and painter August Oetken. 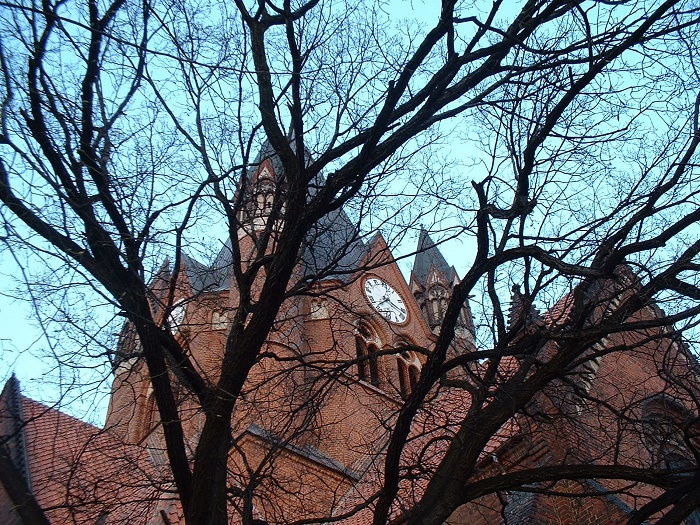 This Protestant religious object has a shape of a cross, whereas the arms that stretch have a distinctive Gothic design, clearly distinguishable from the surrounding objects. Situated in the central area of the district named Rabbit Mountain, the church is surrounded entirely by trees making it even more alluring. 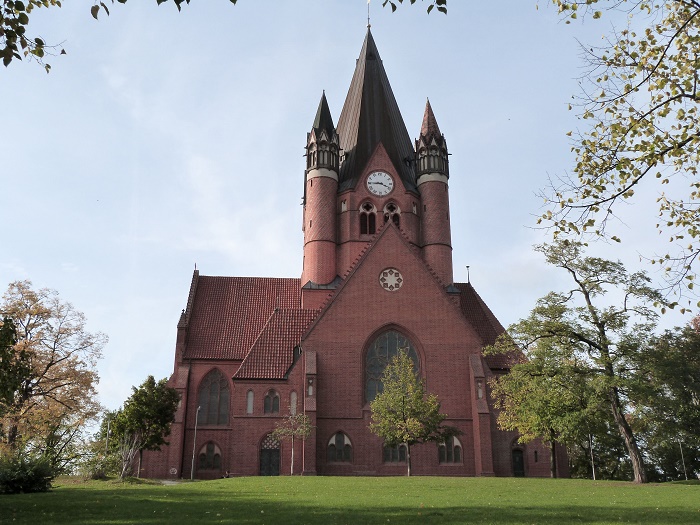 The main feature is the central tower that rises up to 60 meters (197 feet) making it one of the tallest objects in Paulusviertel, which has four additional, smaller towers which too follow the North German brick Gothic style. 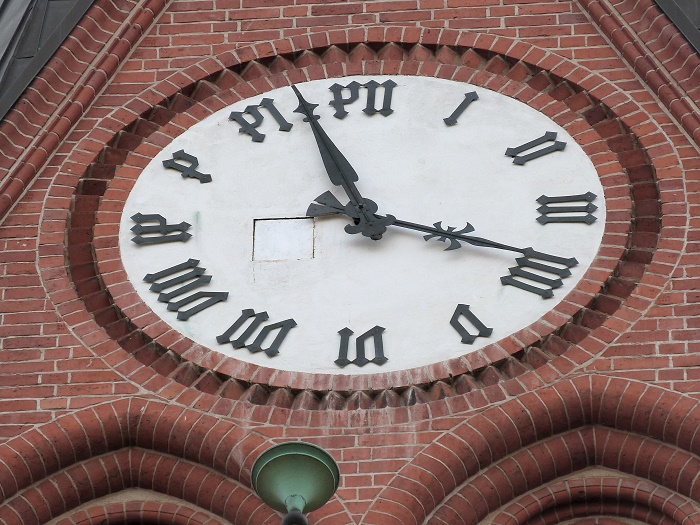 In between the four smaller towers, there are clocks which show the current time to all the residents living around Pauluskirche, and as the small district is not widely known, this neo-Gothic style church shall attract more visitors who would definitely want to get a glimpse of a quiet neighborhood that is filled with old architecture. 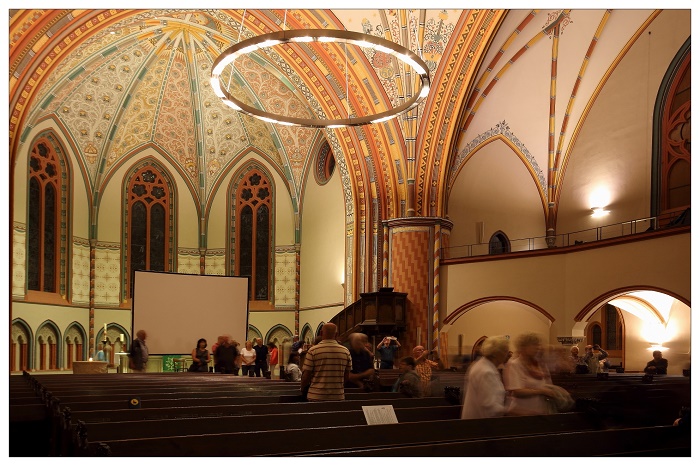 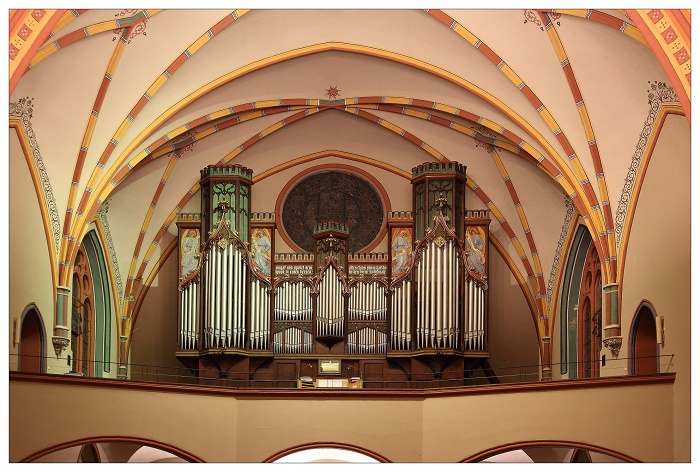 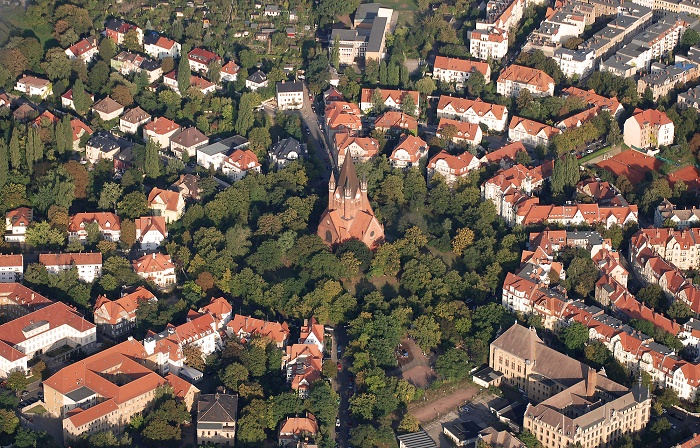