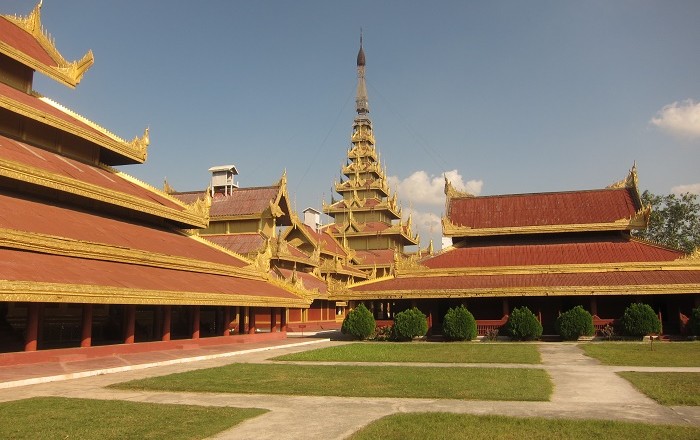 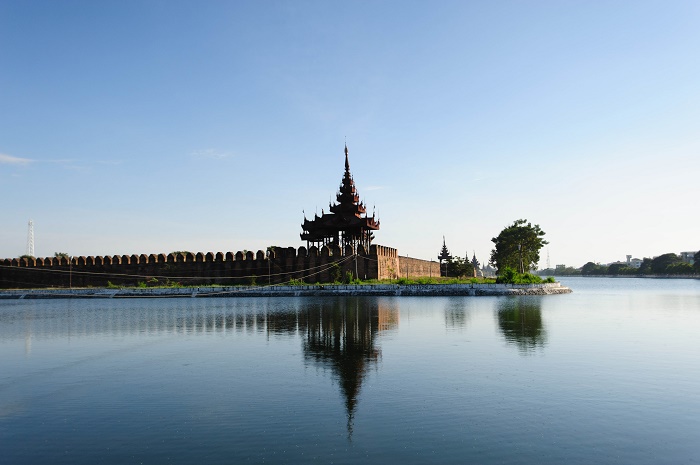 Being constructed between 1857 and 1859 as part of King Mindon’s founding of the new royal capital city of Mandalay, the grandiose palace largely follows the traditional Burmese palace design, inside a walled fort surrounded by a moat. The site for the palace was chosen with the auspicious omen and tronomical calculations, so that the King Mindon would fulfill an old prophecy. 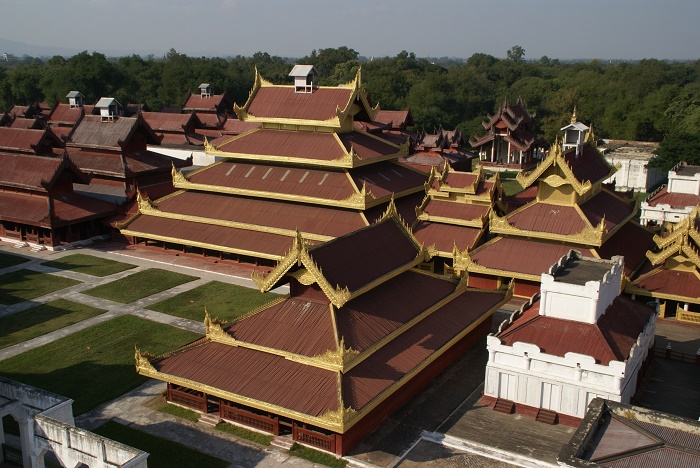 The magnificent palace was built of teak wood on raised brick plinth gilded with gold and vermilion. The complete royal compound is surrounded by four 2 km (1.24 mi) long walls, with a protective moat which is 64 meters (210 feet) wide, and 5 meters (15 feet) deep. There are also bastions along the wall, with gold-tipped spires at intervals of 169 m (555 ft). There were three gates on each side of the walls, twelve in total, so that they would represent one of the zodiac signs. 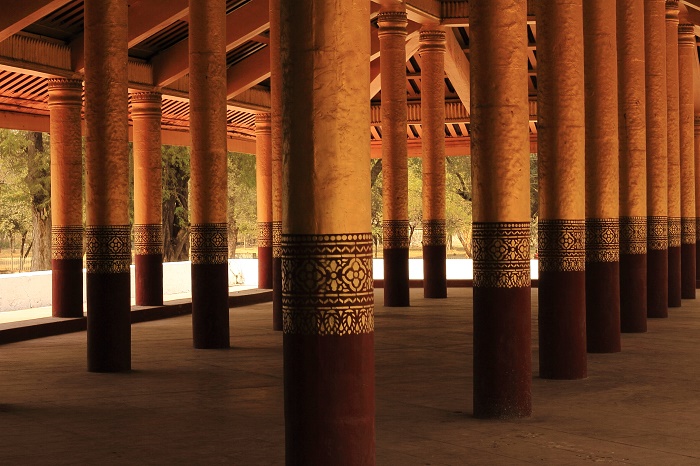 Nevertheless, the war the Burmese had with the English, did not help them finish the palace as planned on time, due to the few resources they had for construction. That is why the former royal palace of Amarapura was unfortunately dismantled and moved by elephants to the new location at the foot of Mandalay Hill, officially completing the new palace on 23 May 1859. 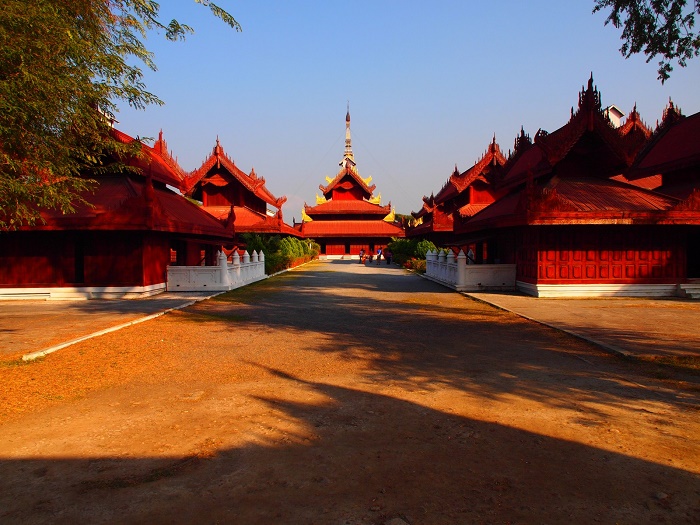 However, the British forces eventually managed to get to the palace’s grounds and loot it, burned down the royal library, and taking with them some of the artifacts which today are still on display in the Victoria and Albert Museum in London. 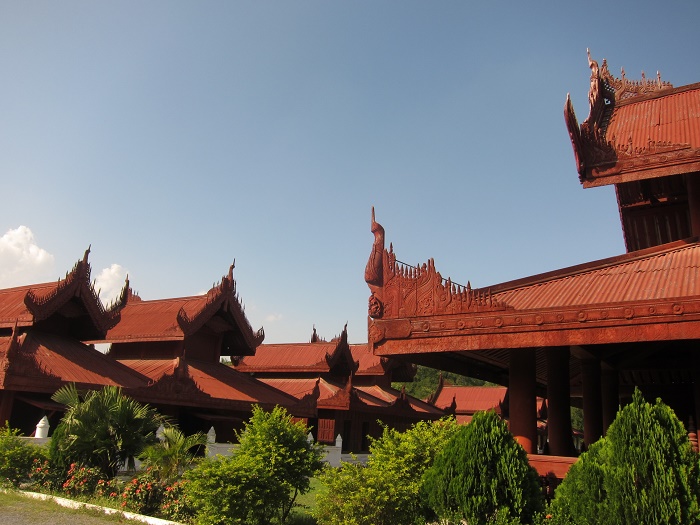 Immediately the Mandalay Palace was turned into a fort, naming it Fort Dufferin, which was an important place during the Second World War when the Japanese Army turned it into a supply depot, which resulted in a total destruction by the Allies who bombed the palace to the ground. The Department of Archaeology of Myanmar initiated a reconstruction in 1989 which today has the look as it once had. 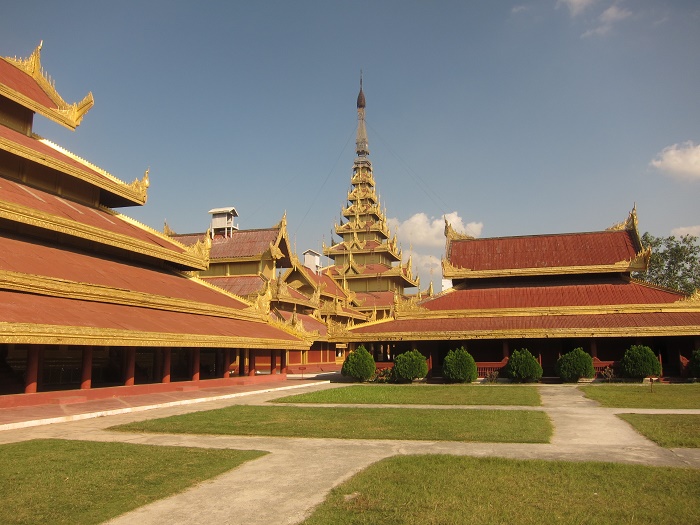 Due to the insufficient funds the department had, the regional governments of Mandalay, Magwe and Sagaing Divisions were responsible for drawing up architectural plans and constructing various parts of the palace. What we could see today is the fruit of the labor of the people who were responsible for bringing the historic glory of one kingdom’s past, something for which the people are proud of. 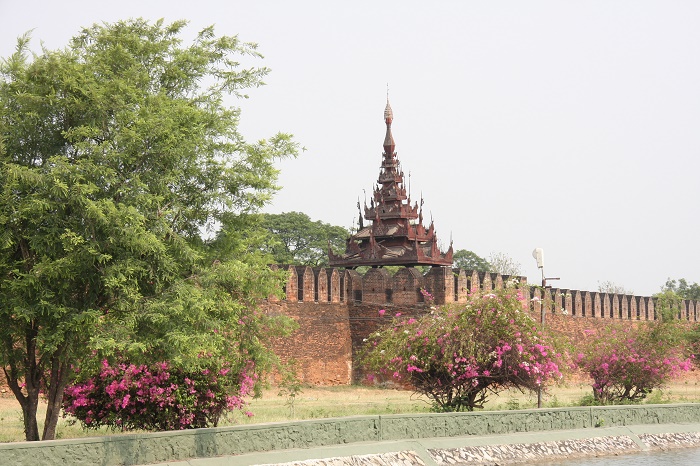 The wall, with the gates are again impressive welcoming greeting to all the visitors, who would like to see the Clock Tower, Relic Tower, Hluttaw, Royal Mausoleums, Royal Mint, impressive Watch Tower, Great Audience Hall, Lion Throne Room, and gorgeous Glass Palace. 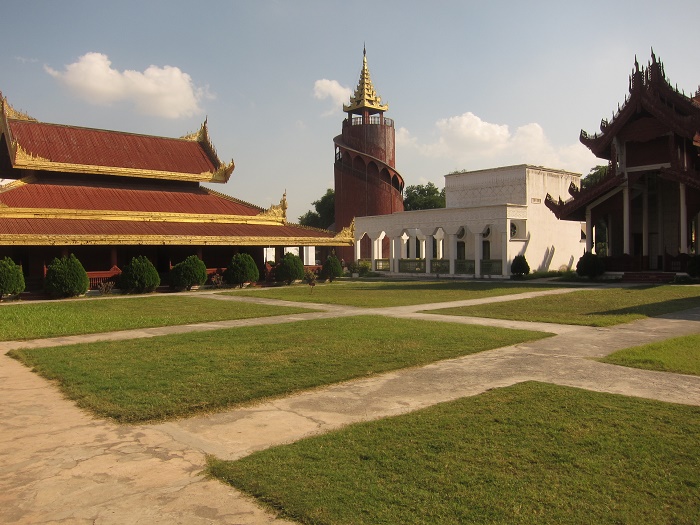 The reflection of the Mandalay on the eastern moat is a beautiful scene to behold from the southeastern corner, making another enchanting experience if one would dare to gaze upon the panoramic view of the Palace and the surrounding areas as far as the Sagaing Bridge, the Ayeyarwady River and the hill ranges seen from the Mandalay Hill during sunset. 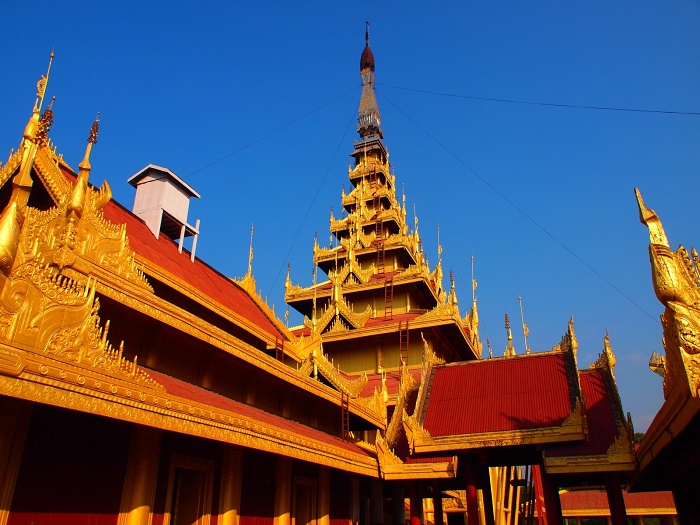 In conclusion, the Mandalay Palace is as beautiful and rich as its history is, feeding every curious mind who is very eager to soak up the historic past of the South Asian country of Myanmar. 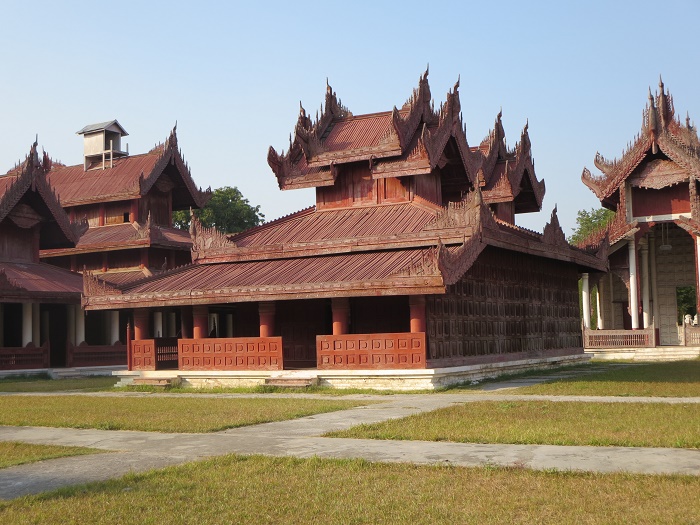 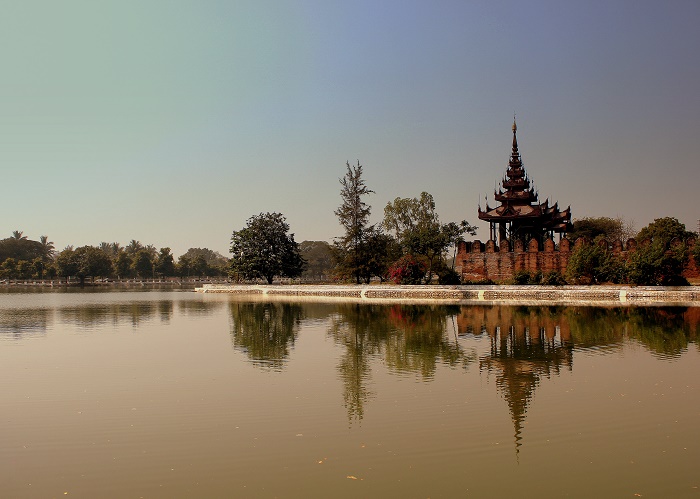