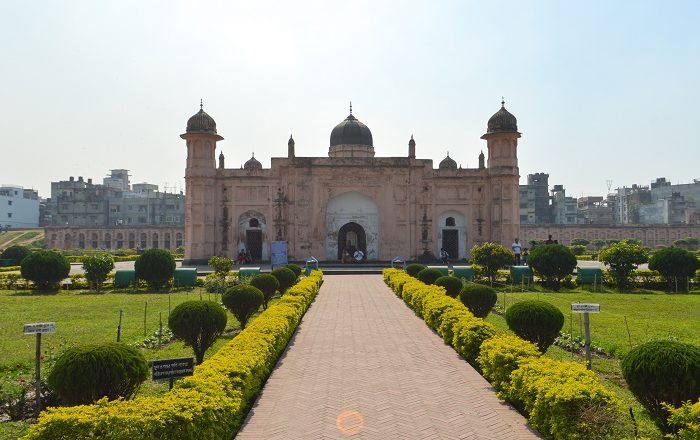 Lalbagh Fort, also known as Fort Aurangabad, is an incomplete fortress complex that is located in the southwestern part of the capital city of People’s Republic of Bangladesh, Dhaka. 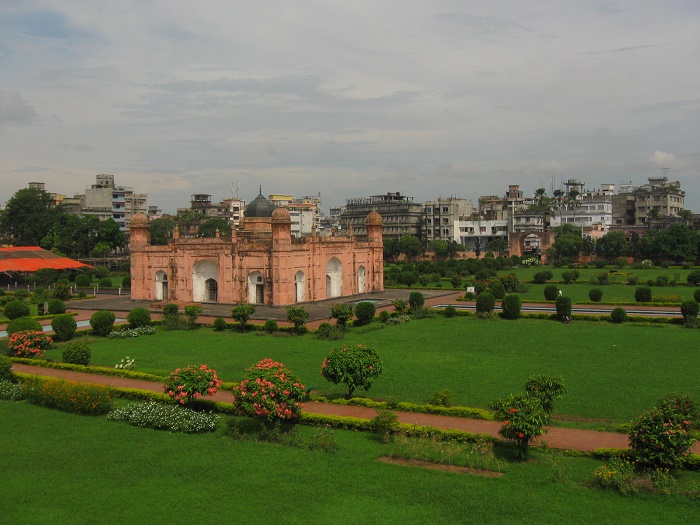 The construction of this magnificent structure began in 1678 by the Mughal prince Muhammad Azam who was the third son of Aurangzeb during his vice-royalty in Bangladesh, which at that time was known as Bengal, and when he was called away by his father, the fort remained incomplete. 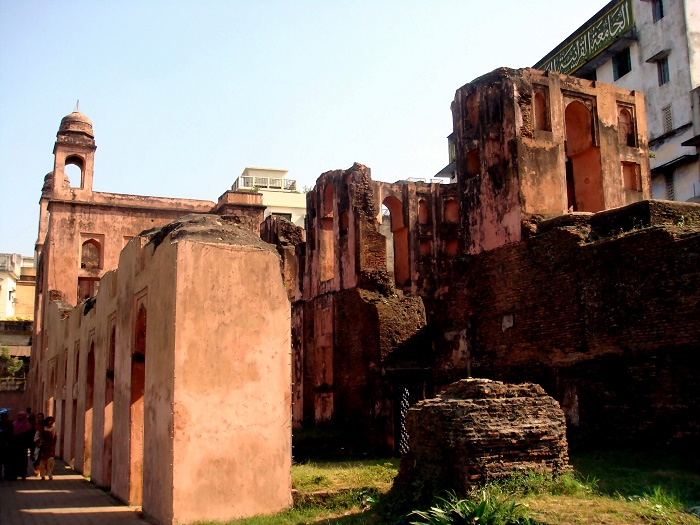 Lalbagh Fort was handed down to the next Governor, Shaista Khan, to complete it, however, with the death of his daughter, Pari Bibi, it was considered to be a bad omen which resulted in the fortress to be left as it was, and to never complete it. With that the popularity was very low, and as the capital shifted from Dhaka to Murshidabad, it lost the importance to even be considered to be finished. 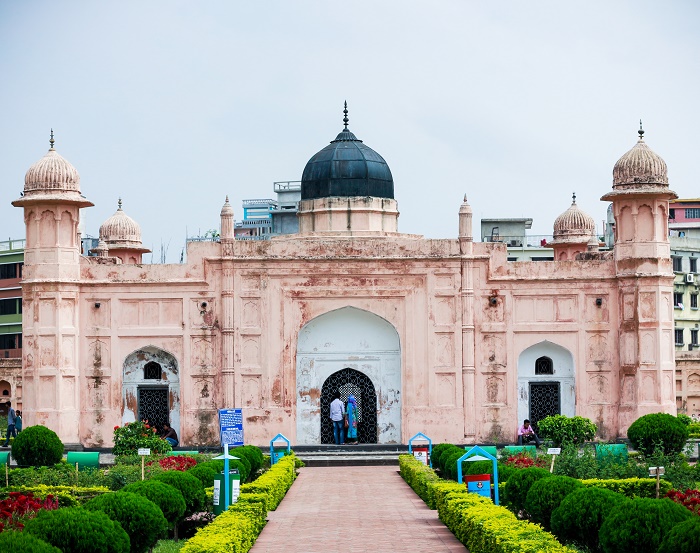 Nonetheless, after the end of the royal Mughal period, the fort officially was abandoned. Lalbagh Fort was considered for a long time to be a combination of three buildings which were the mosque, the tomb of Bibi Pari and the Diwan-i-Aam, in addition to the two gateways and a portion of the partly damaged fortification wall. 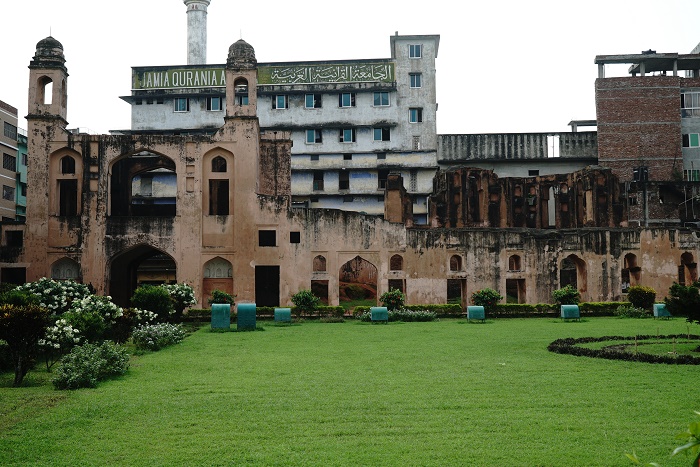 Nowadays, with recent excavations which were carried out bu the Department of Archaeology of Bangladesh, it was revealed that there are other structures. There is a huge bastion in the southern part of the fortress, whereas to the north side of the southern wall, there were the utility buildings, stable, administration block accompanied by a beautiful roof-garden with arrangements for fountains and a water reservoir. 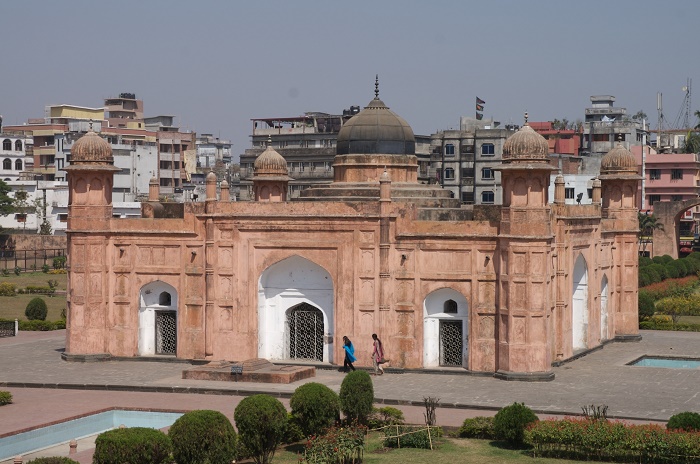 The fortification wall on the south had five bastions at regular intervals two stories in height, and the western wall had two bastions, where the biggest one is near the main southern gate. The main, central area of Lalbagh has the before mentioned three structures. 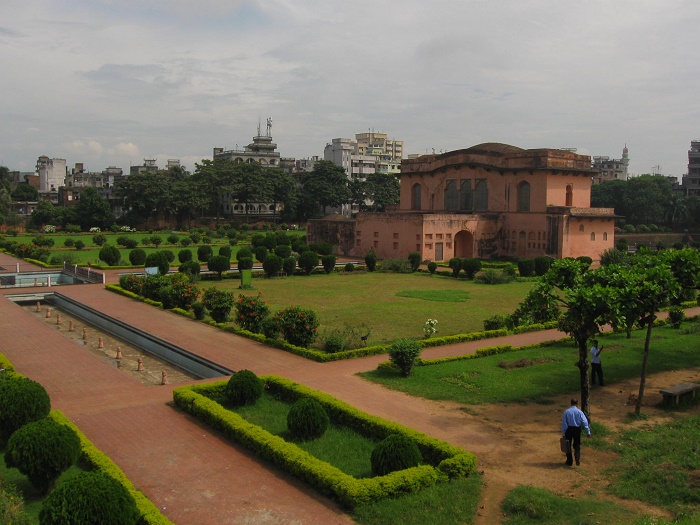 Diwan-i-Aam, also known as Diwan, is a two storied residence of the Mughal governor of Bengal located on the east side of the complex, and it is attached to a one floor hammam which has an underground room for boiling water. The tomb of Bibi Pari contains the remains of Shaista Khan’s daughter, covered by a false octagonal dome and wrapped by brass plate. 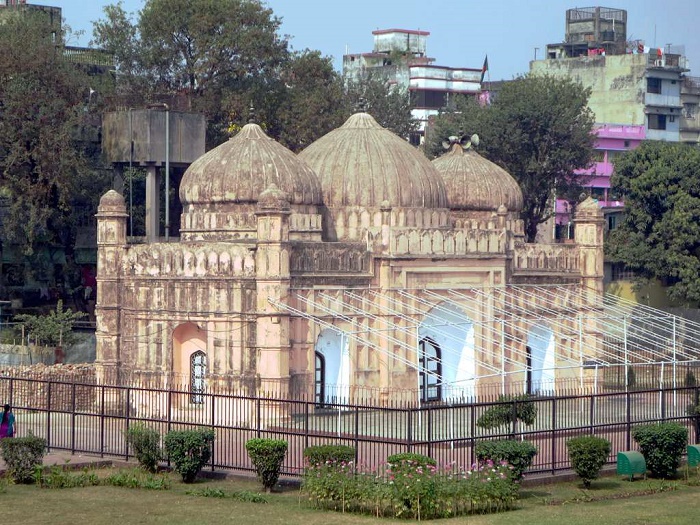 The entire inner wall is covered with white marble, and 8 rooms surround the central one in which the last resting place of Bibi Pari is. The third important structure, Lalbagh Fort Mosque, is an interesting religious structure that has three domes which was used for prayers not just at that time, but also nowadays. 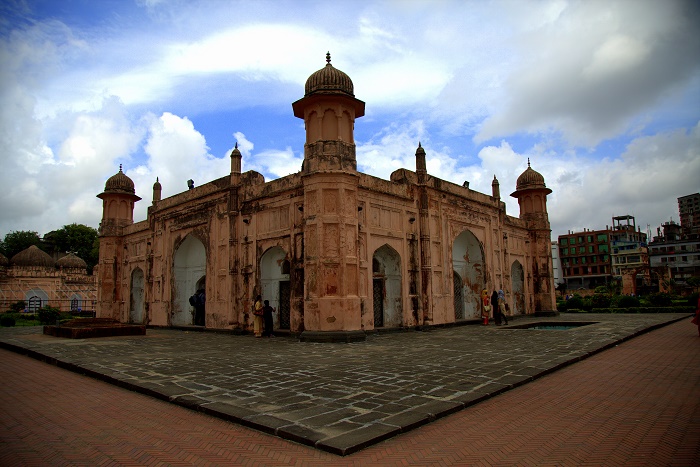 The grandiose structure and the handy work are making people amazed when they will see the royal and Islamic art, where the wall designs are one of the well reserved ones in the country. As there are many visitors that are coming to enjoy in this beautiful and historical fort, it is definitely one of the best monuments that can be found in the old part of the city of Dhaka. 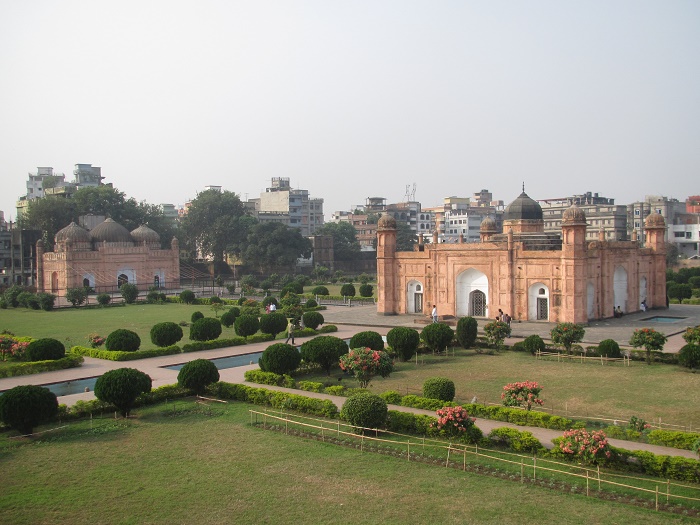 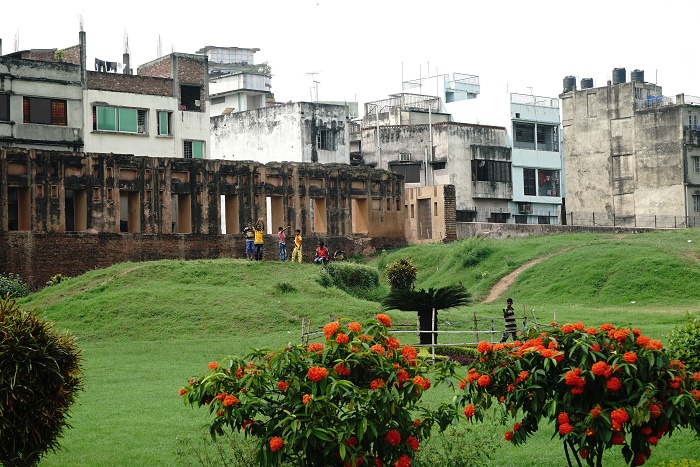 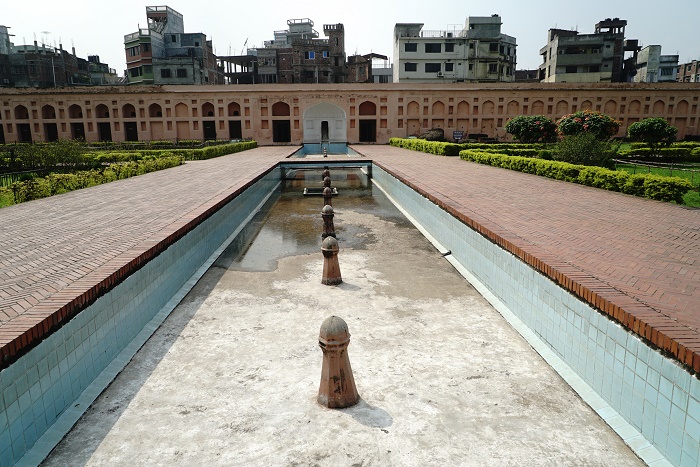 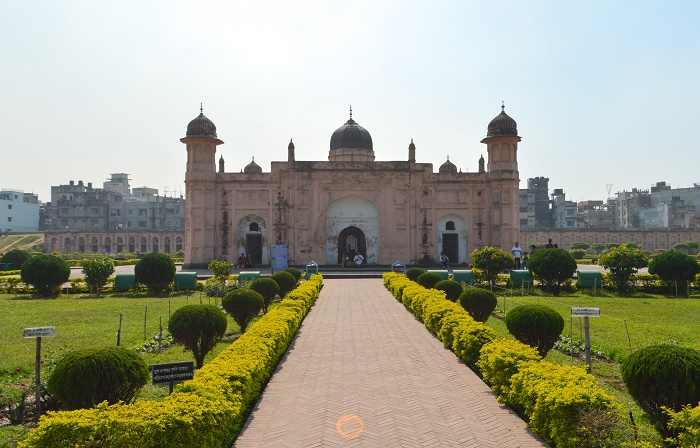 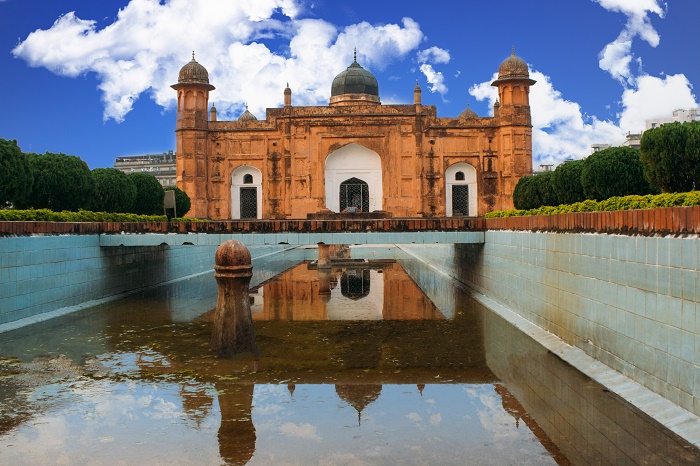