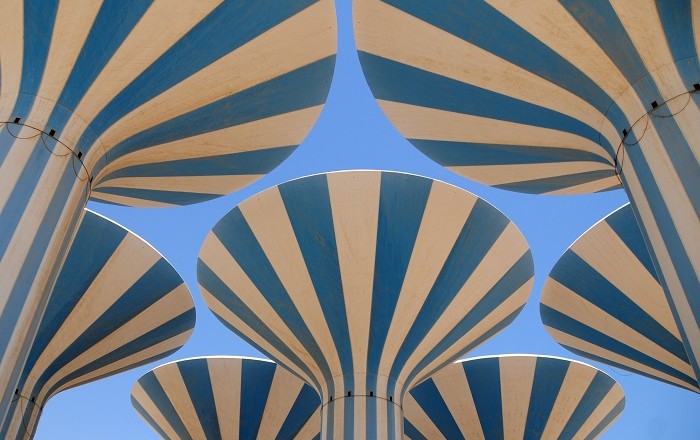 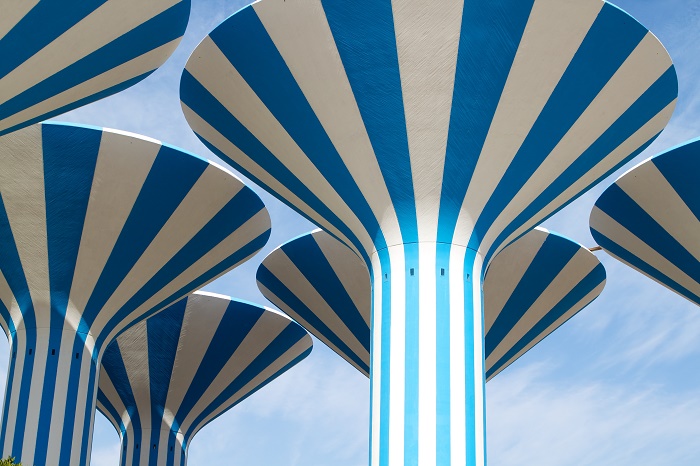 Construction for this 31 in total towers, began in February 1970, where the Swedish company VBB (Sweco) was commissioned to develop and implement a plan for a modern water-supply system for the city. The water distribution and storage system received a significant increment when the towers were completed in 1976, and each tower can hold up to 3,000 cubic meters of water. 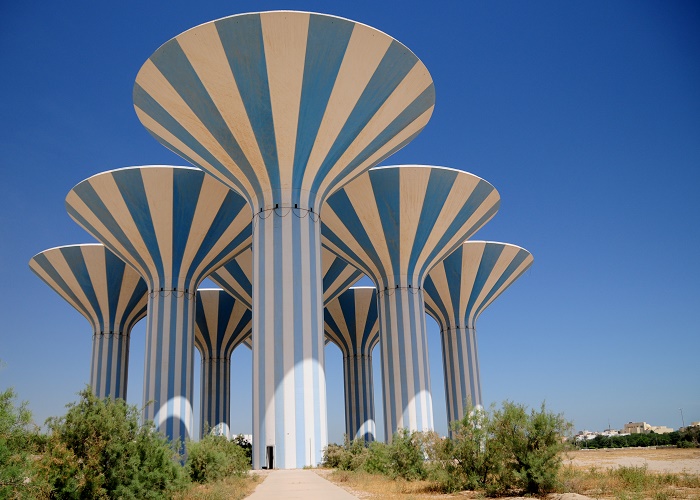 The tower groups are distinguished by number, height, color and ornamentation and they serve as landmarks for their districts. They are divided into five groups, where the number of towers in each group varies between 6 and 9 and is determined by the consumption of each area. The towers are groups formed by pillars open rooms, which provide shade to the garden areas that develop underneath. 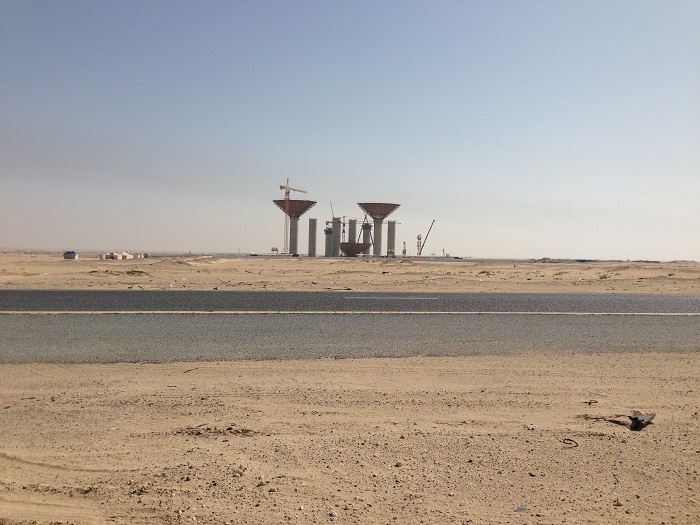 Only two of the groups have landscaped gardens designed by VBB, others were developed by the Municipality and differ greatly from the first. These towers were welcomed from the local population, since it allowed them to organize more greatly the space underneath the towers and did not presented an overwhelming industrial image. Having dual purpose, these towers are a great and significant landmark of Kuwait City, which is quite recognizable around the world. 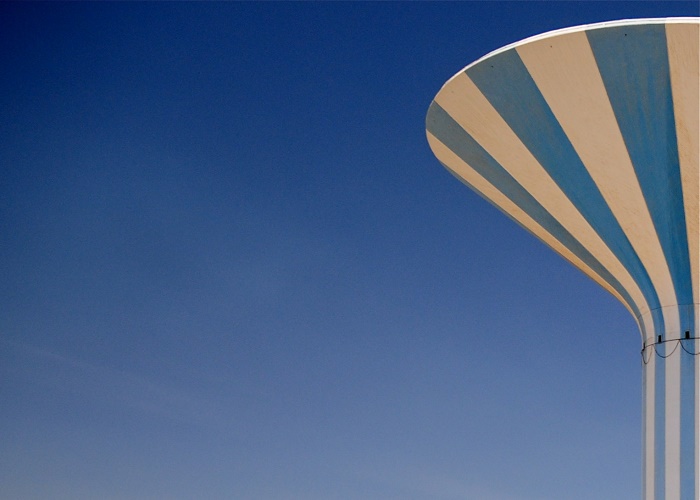 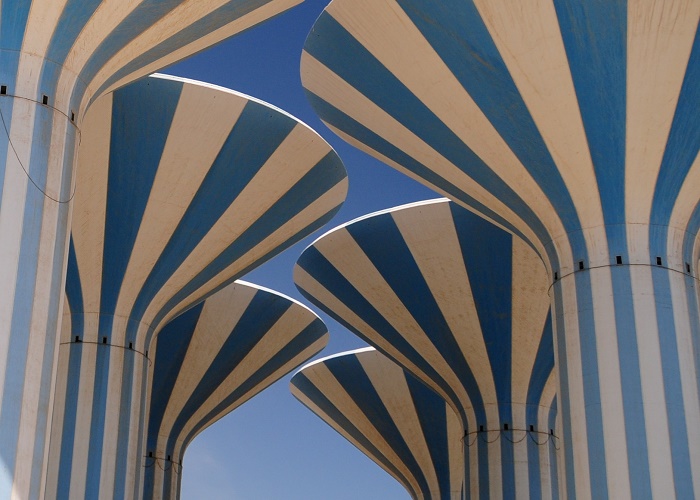 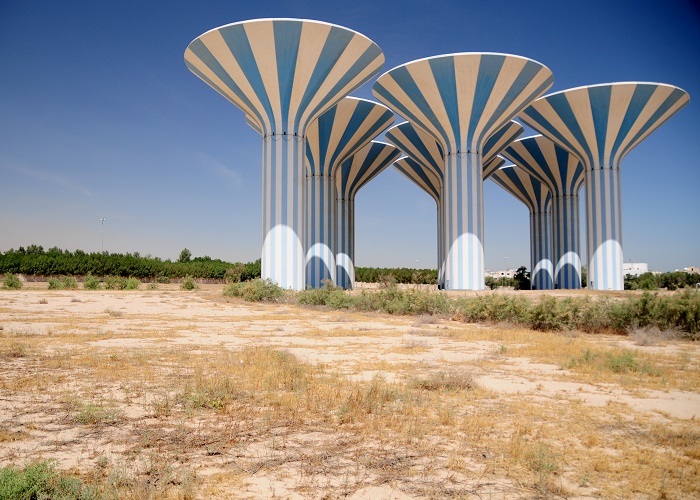 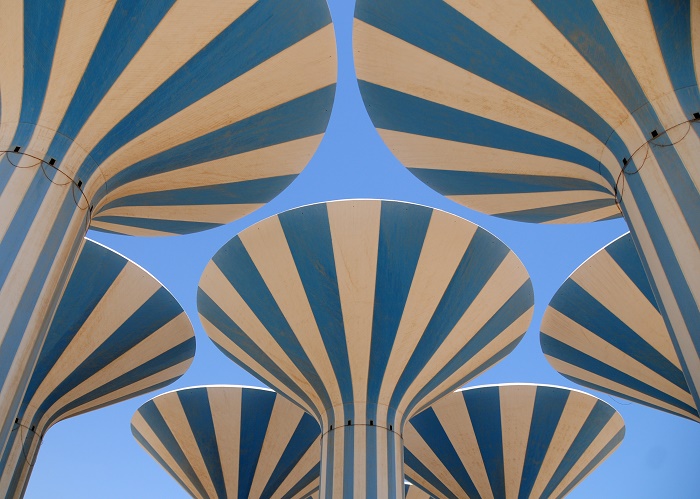 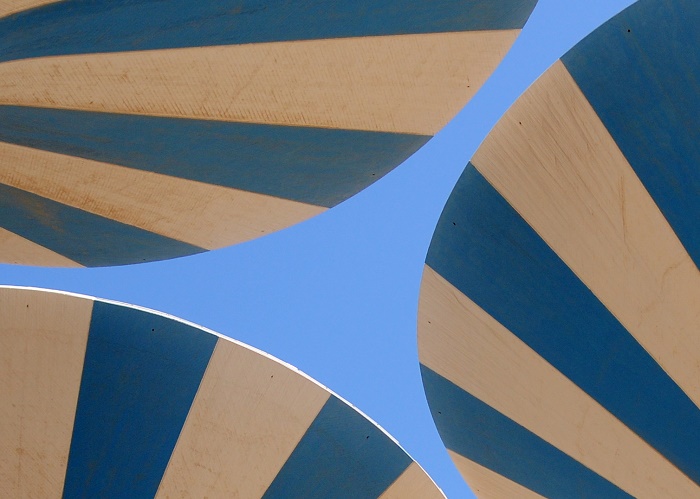