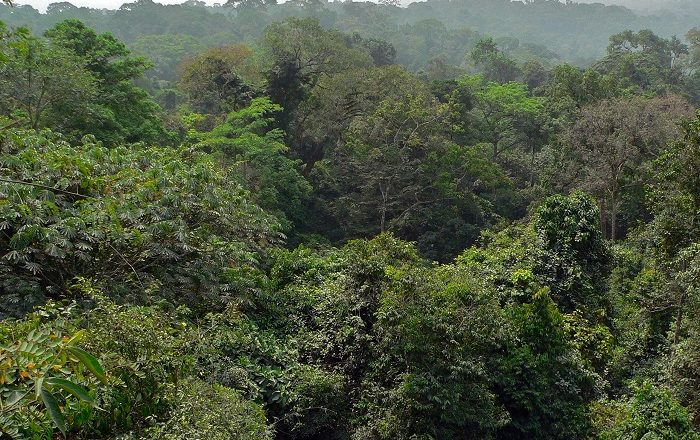 Korup National Park is an important park that is believed to have one of the oldest forests that can be found in Africa, and it is located in the Southwest Region of the Republic of Cameroon. Having an area of about 1,260 square km (490 square mi), the ancient forest is believed to be some 60 million years old, and as it is reputedly one of Africa’s oldest and richest tropical forests in terms of floral and fauna diversity, it is definitely one of the most intriguing places within the country. 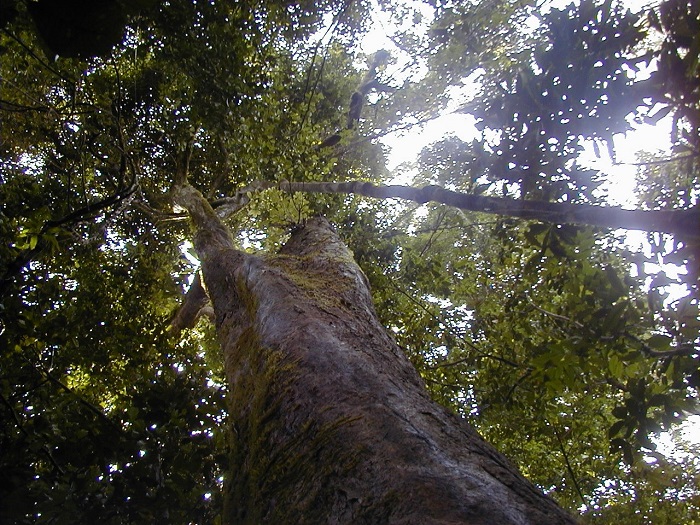 The mostly undisturbed forest was originally set as a forest reserve for the first time in 1937, where in 1986 it was declared as a national park by Presidential Decree No.86-1283 after a ten-year campaign led by Dr. J Stephen Gartlan, Phil Agland and the Earthlife Foundation who successfully brought the importance of Korup to Cameroon’s authorities. 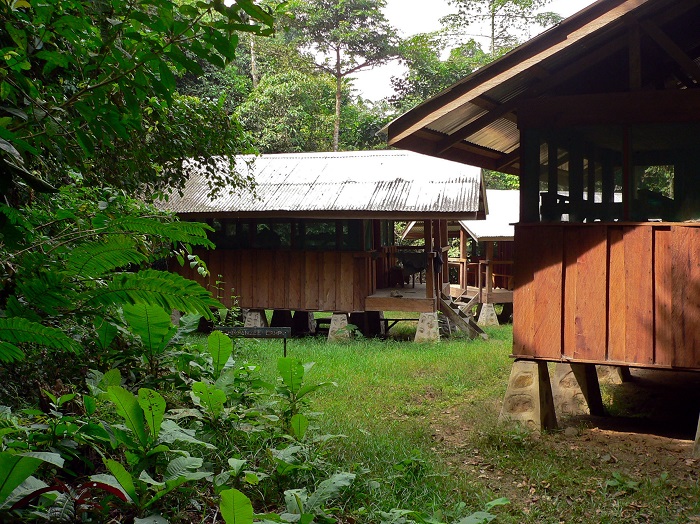 The bigger part of the park is comprised of lowland rainforest which is interestingly enough, adjacent to the Ejagham Forest Reserve to the north and the Oban Hills Division of Nigeria’s Cross River National Park to the west, creating the area as a place of great natural importance. 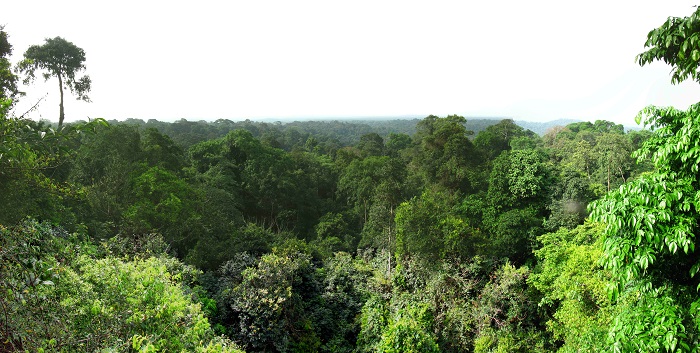 The park has sandy soils that are very poor due to nutrient leaching by heavy rainfall, nevertheless, there are very large granite boulders that are easily recognizable making them a typical sight of Korup. The forest on one hand is classified by Letouzey as primarily Biafran coastal forest dominated by Caesalpinioideae trees, a Leguminosae sub-family, and very important feature is that there is no evidence of any major historical human disturbance. 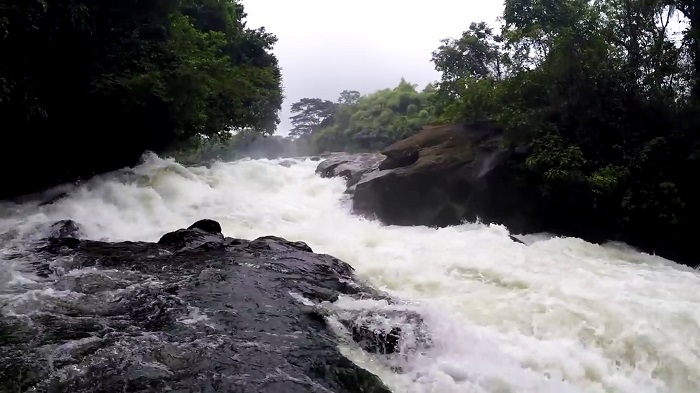 Being home to some 50 hectares (124 acres) of Korup Forest Dynamic Plot which has 494 tree species that are studied in order to better understand the diversity and development of the flora in the park, Korup NP is also rich with over 1,100 tree, shrub, herb and liana species described to date and high levels of endemism. 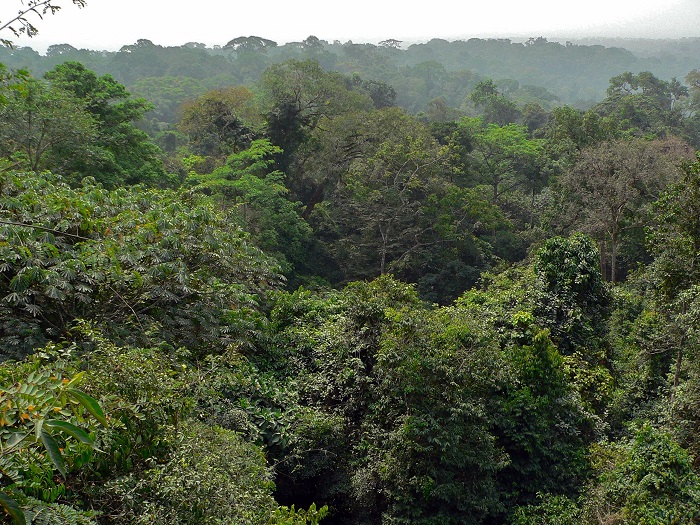 Still, the most interesting are the large emergent trees that are reaching a height of some 50 meters (164 feet), and they puncture a mostly continuous but uneven canopy layer of predominantly Annonaceae, Euphorbiaceae, Leguminosae, Olacaceae, Scytopetalaceae and Verbenaceae trees that have a height of about 15 to 25 meters (49 to 82 feet). 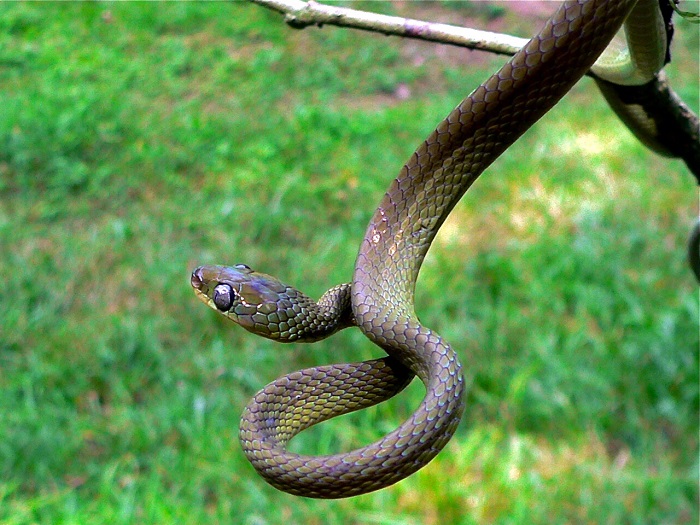 Moving more to the ground, it is recognizable that the layer is quite dense and is consisting of both lianas and small trees, among which the dominant ones are those from Rubiaceae species, while the ground layer is mostly sparse with Acanthaceae, Araceae, Commelinaceae etc. 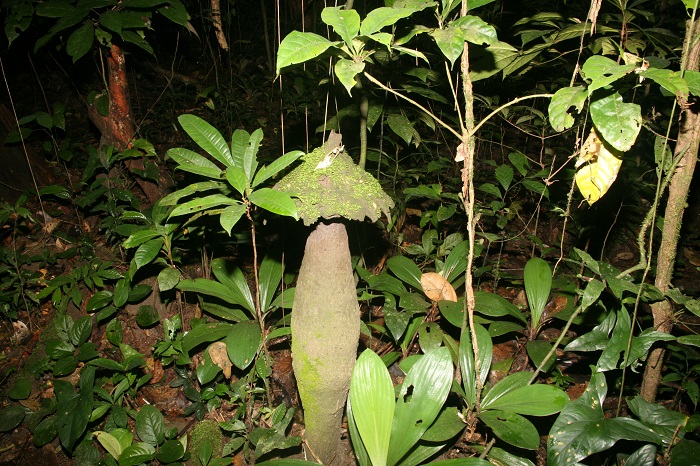 There are five villages that can be found within the area of the park, in addition to the 23 villages that are around the park, which are aiding in the tourism sector, in order for more tourists to come in the area and witness the extraordinary nature. 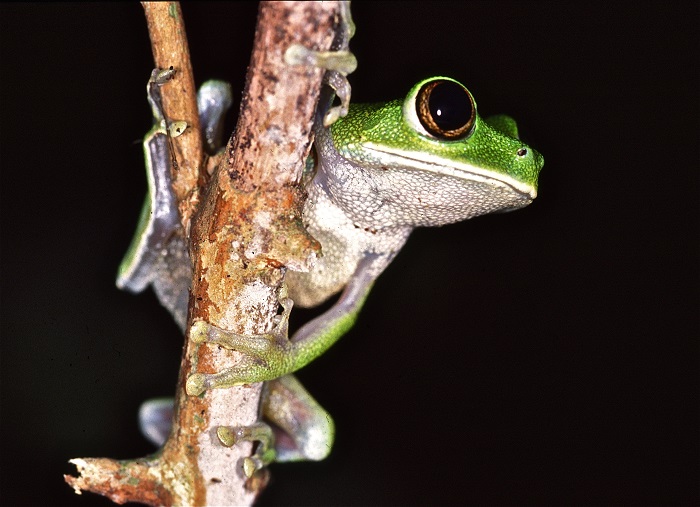 Nonetheless, they visitors are too witnessing the very rich fauna which is definitely one of the richest lowland African forests in terms of fauna richness and diversity, and there can be found plenty of birds, reptiles, amphibians, butterflies and one large list of mammals that consists of 161 species in 33 families, of which the primate community accounts for 14 species. 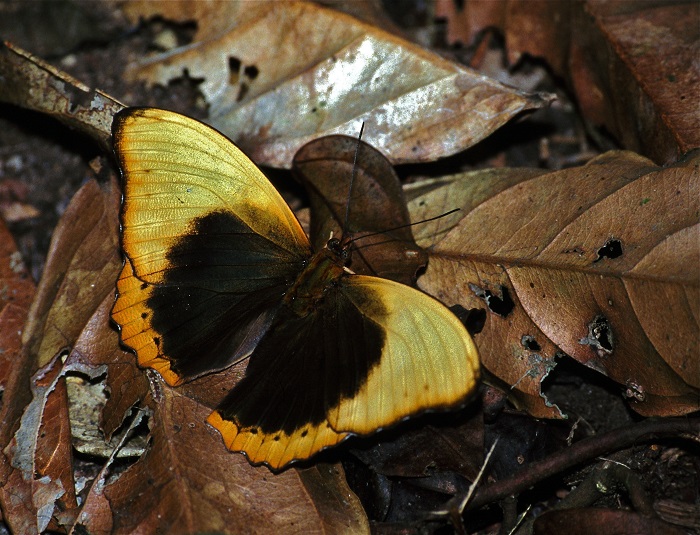 The time spent here will definitely make every visitor to be as much closer to the nature we had in prehistoric times, and with the studying of the rich flora and impressive fauna, Korup National Park will certainly receive even higher recognition from the scientific community. 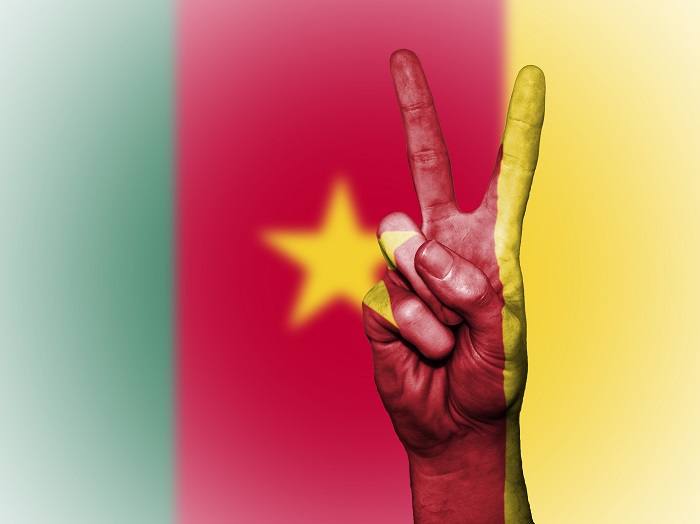