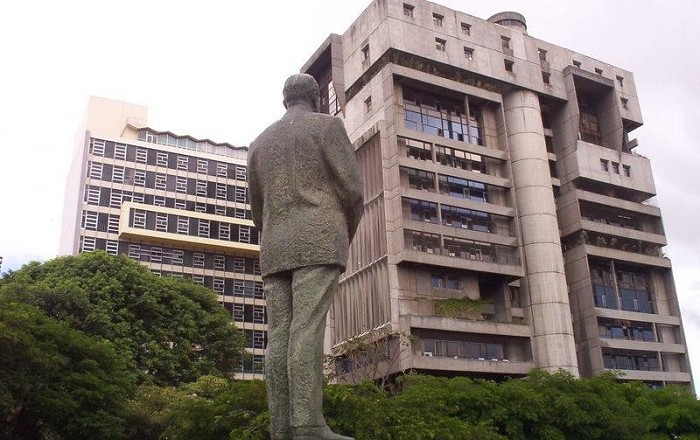 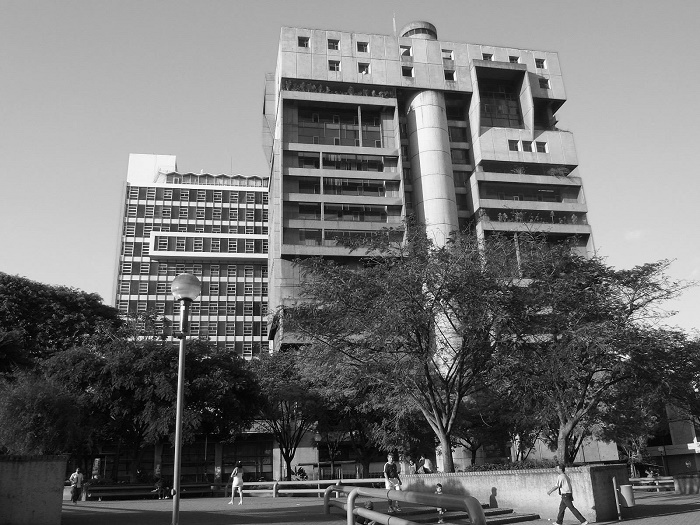 Construction of this building began in 1974, according to the design of the Nicaraguan-born architect Alberto Linner Díaz, finishing it in 1976. 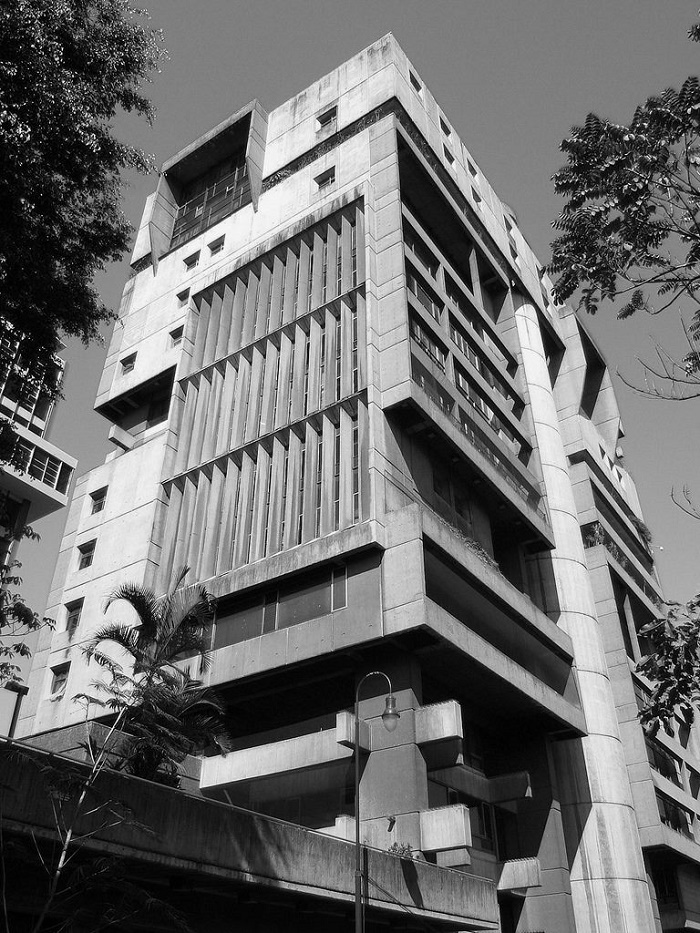 The architectural style of the building, even though Brutalist it contains some sort of cubic style of architecture, where it seems that the building was constructed with cubes placed atop each other around a column placed in the center. 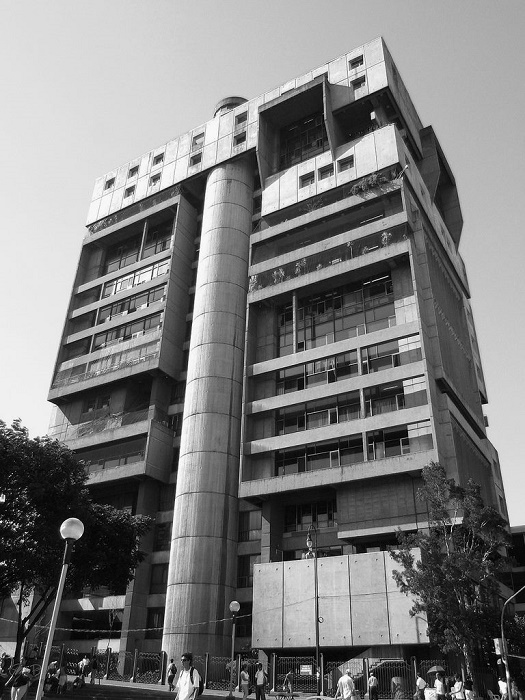 Costa Rica might not seem as the place where one could see this kind of architecture, but with the success that Oscar Niemeyer had in Brazil, it seems that the governments at that time liked the bold and complex style, which is why the Social Security Administration Building was built. 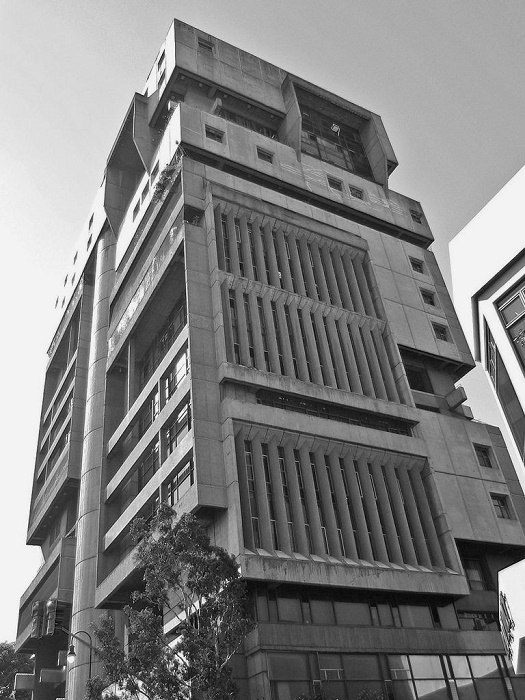 Surrounded with parks which make it more interesting, the lateral sides of the building have prison bars windows, with square windows distributed around the rest of the building. 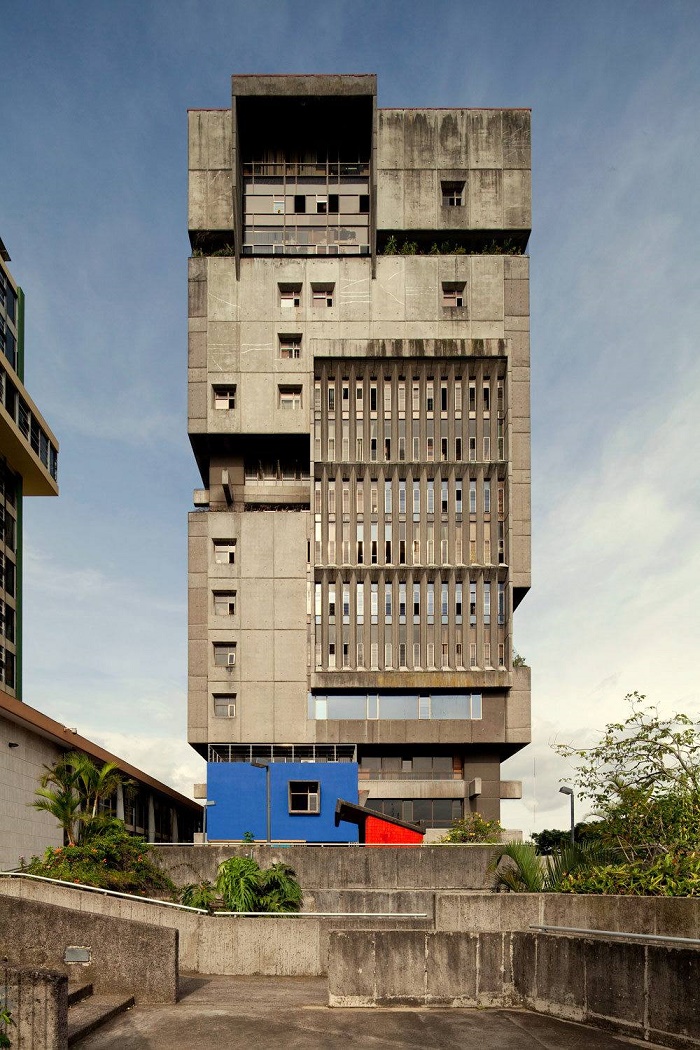 With 12 floors it is one of the taller structures in the city, and there are small terraces on the last 4 floors, where the administration has put plants to make the building more eye-pleasing to those that dislike somewhat this kind of architecture. 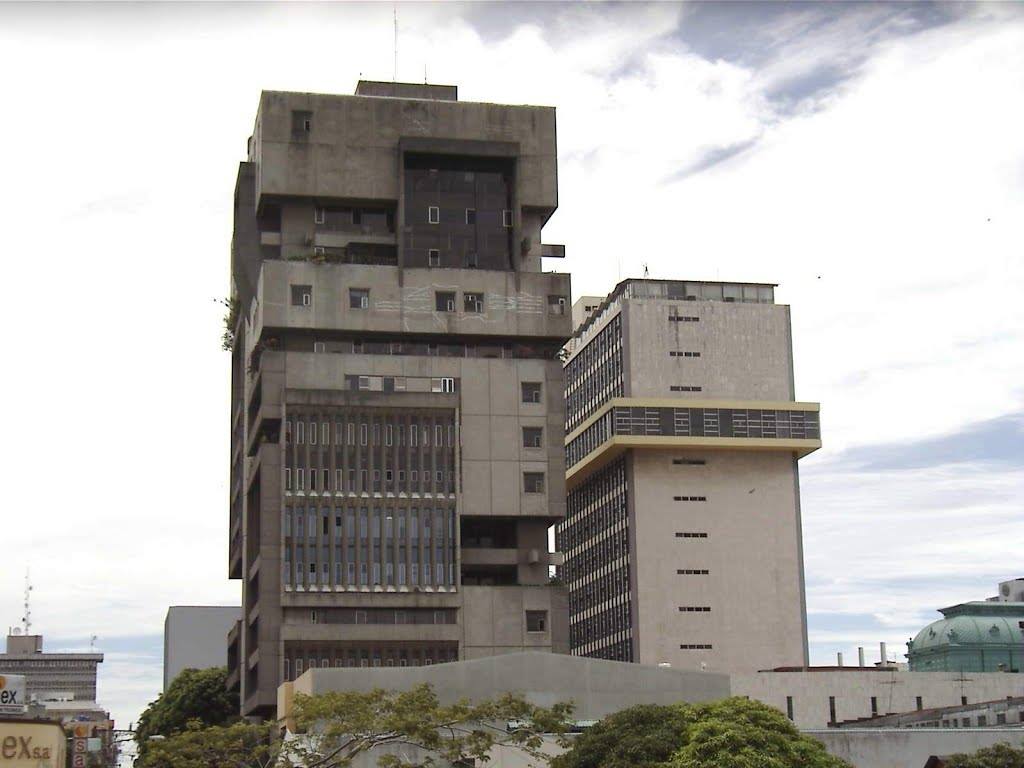 Still, the time has slowly taken the toll of the structure, where there are visible marks from the pollution, nonetheless, the Jenaro Valverde Marín Building still holds firm to the structural columns, and it will continue to be one of the most unusual buildings in the capital. 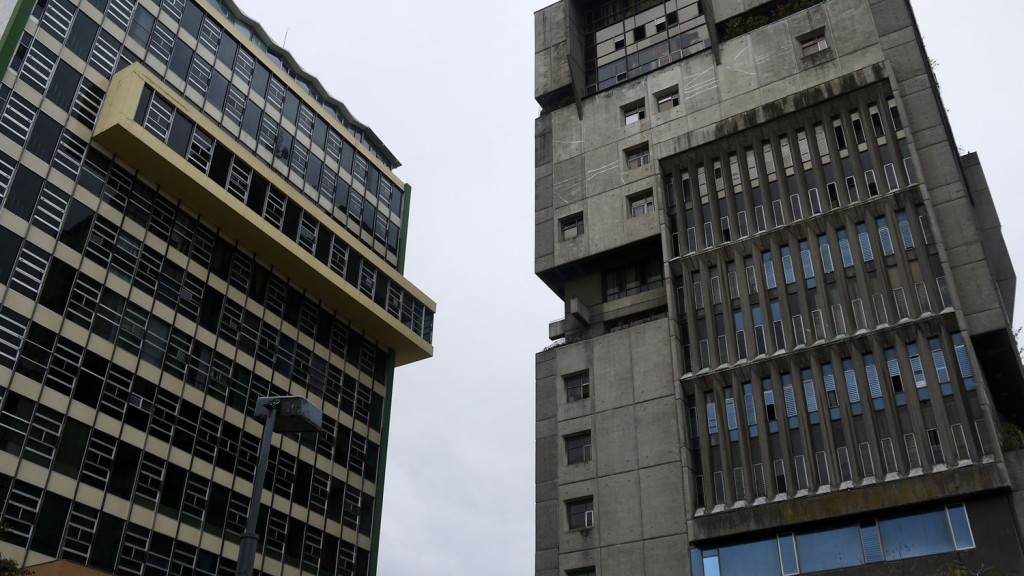 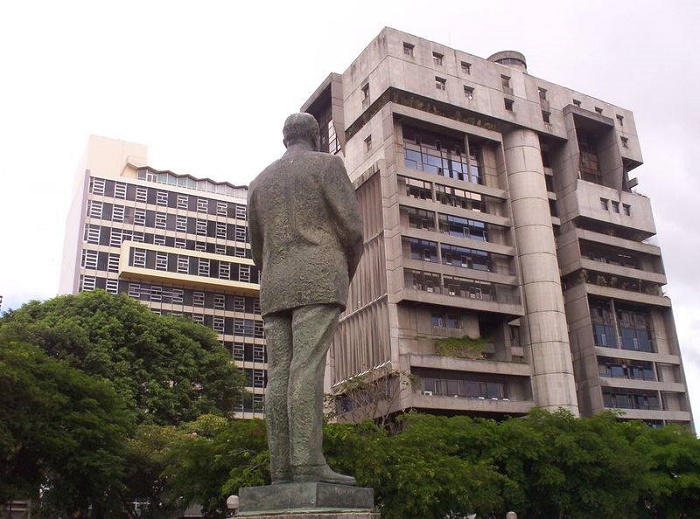