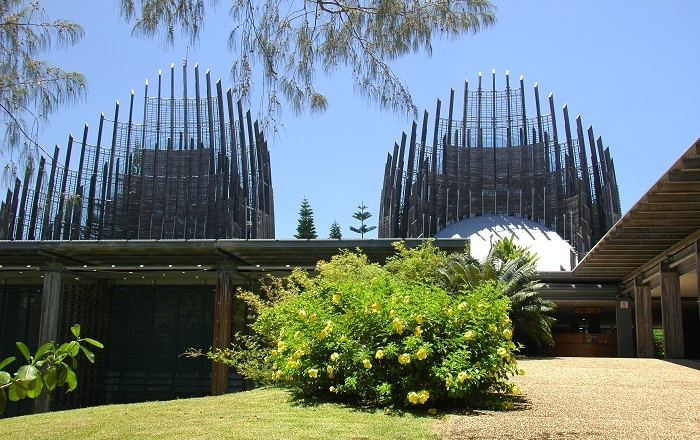 The Jean-Marie Tjibaou Cultural Centre, also known as Centre Culturel Tjibaou, is a museum and a cultural center which is one of the most innovative and exciting architectural structures in the capital city of Nouméa, within the special collectivity of France in the southwest Pacific Ocean, New Caledonia. 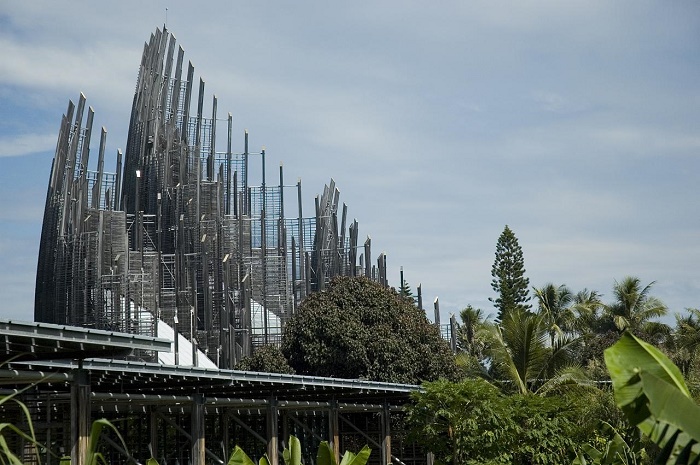 Built on the narrow Tinu Peninsula in order to celebrate the Karnak culture of the indigenous people from New Caledonia, the center is within a nature reserve along the coast, and it is surrounded by lakes and mangrove forest making it one of the most impressive places of the island nation. 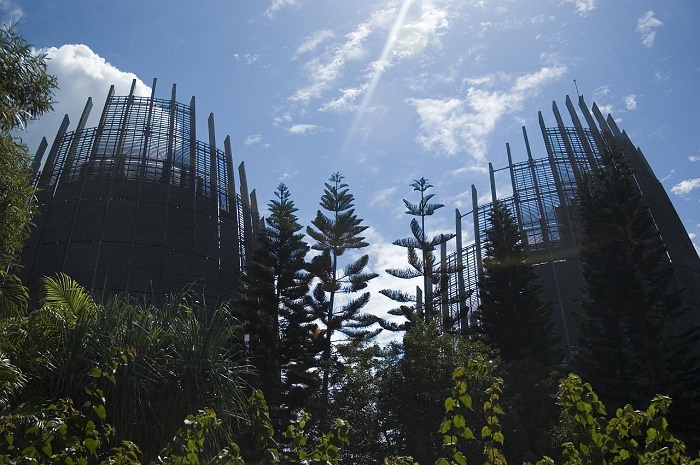 Constructed between 1991 and 1998, it is dedicated to the leader of the Kanak independence movement and great political leader, Jean Marie Tjibaou, who was assassinated in 1989. 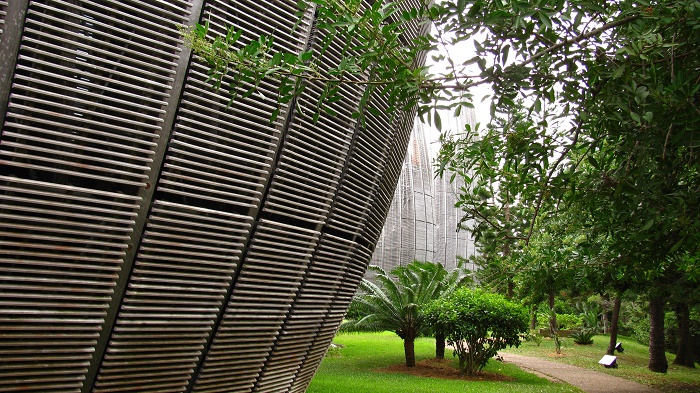 Designed by the Italian architect Renzo Piano, the entire complex is spread over an area of 8,550 square meters (92,000 square feet), and there are 10 units called “cases” or hut pavilions, arranged in three groups or village clusters with one tall hut, where the largest one is 28 meters (92 feet) high, and each village cluster represents the traditional “Great Hut” of the Kanak Chiefs. 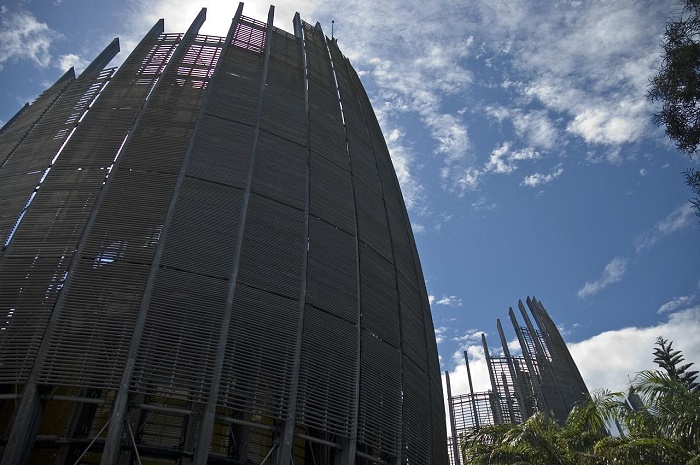 Even though they are not exactly the same, it must be noted that the huts of the Kanak Chiefs were sensitively used as a starting point, where the architects manipulated and deconstructed their form to create a monumental sequence of rounded, airy shells. 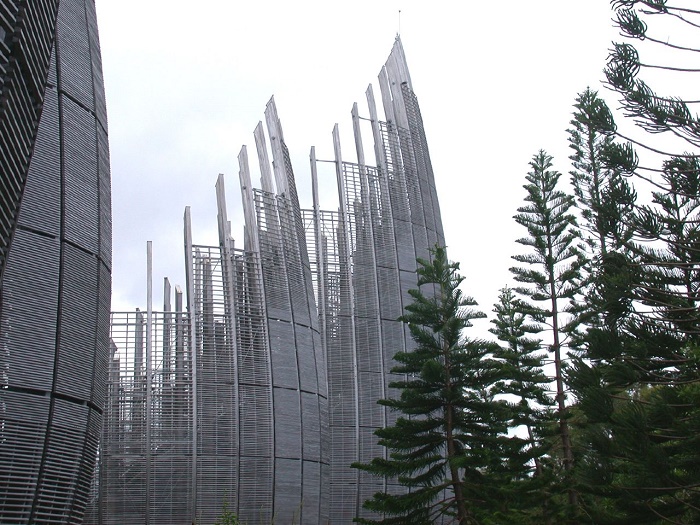 The main axis of the center consists of many covered walkways, green spaces, outdoor rooms, and gardens that are interlinked with the pavilions or cases and also with the smaller office buildings. The main material used to construct these architectural marvels was a perishable material, such as wood in combination with iroko timber in addition to the somewhat discreet steel, glass panels, aluminum castings and cork. 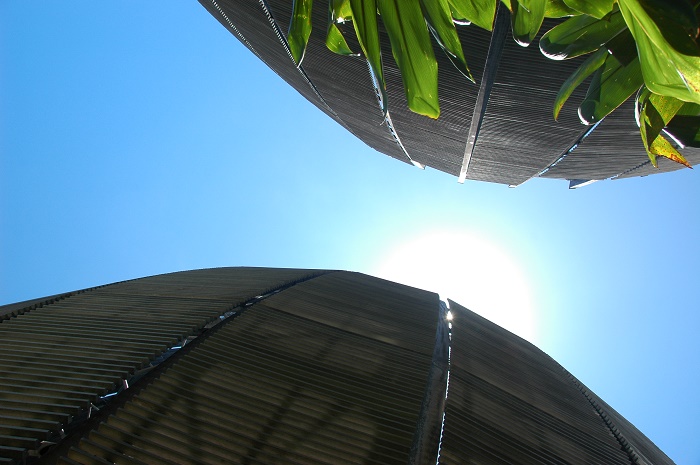 The final effect is quite eye-catching, where it seems to some that it is a work in progress and also a work in ruins, which is definitely satisfying to every architectural enthusiast. 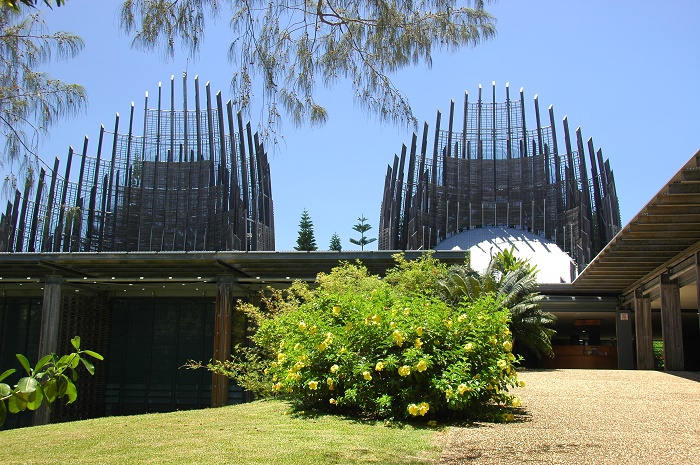 As a matter in fact, the incomplete structures are showing that the Kanak culture, even though rich, it still continues to grow and evolve from its ancient roots, even when it is acquired some sort of adaptation. Nowadays, serving as one of the finest and most advanced projects of Renzo Piano, it shall continue to illuminate the ever growing, alluring and very beautiful culture of the Kanak people from the island nation of New Caledonia. 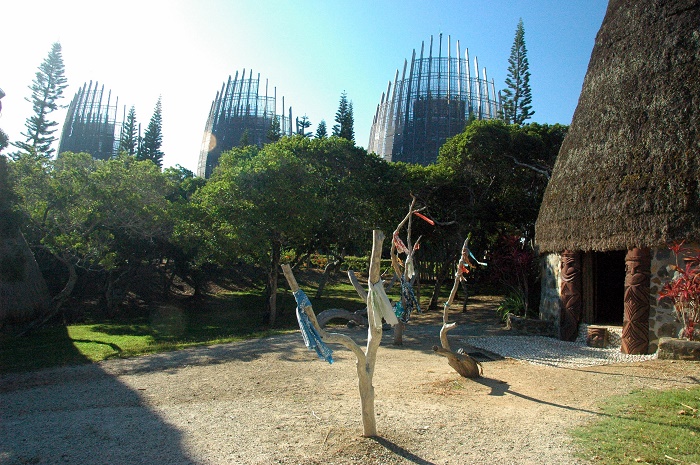 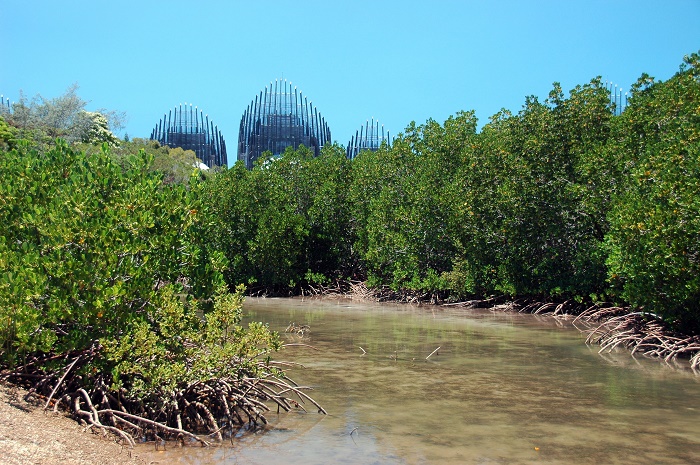