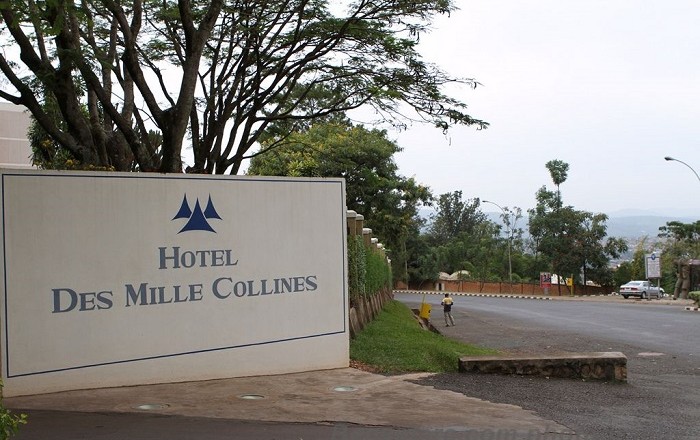 Hôtel des Mille Collines is one of the larger hotels as well as one of the best ones that the capital city of Rwanda, Kigali, can offer to the visitors. The name of the hotel translates as “a thousand hills”, named after the breath-taking landscape of Rwanda. 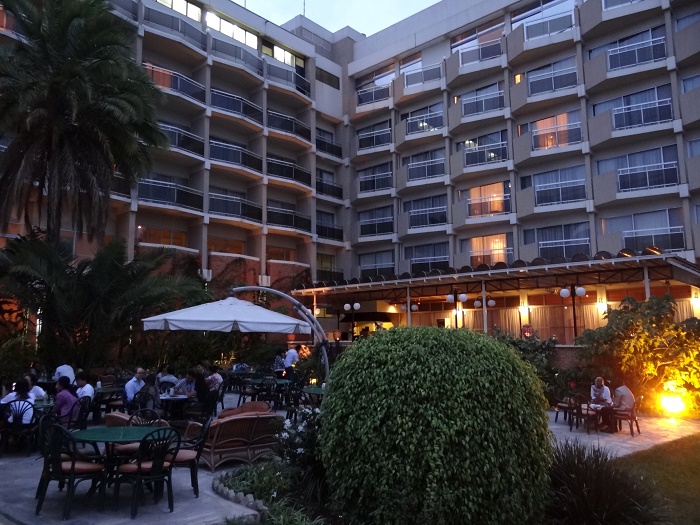 The Hotel is located within the heart of the business district of Kigali, from where just 20 minutes drive one can easily reach the Kigali International Airport. Other significant places close to the Hôtel Des Mille Collines are the Kigali Convention Centre, Inema Art Centre and Kigali Memorial Centre. 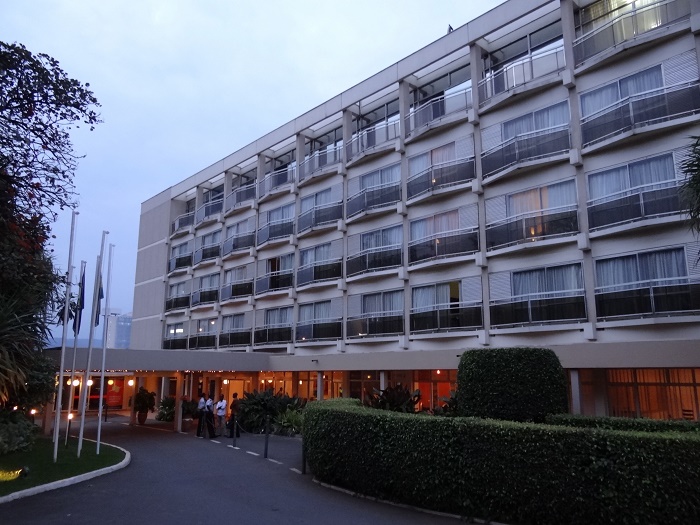 Volcanoes National Park, which attracts tourists from all over the world for its population of mountain gorillas; Akagera National Park, known for three of the “Big Five” in African game animals; Nyungwe National Park with its dense rain forest and over 200 different tree species; and Lake Kivu, one of the African Great Lakes and one of the 20 deepest in the world, are all within a two-hours’ drive from the hotel. 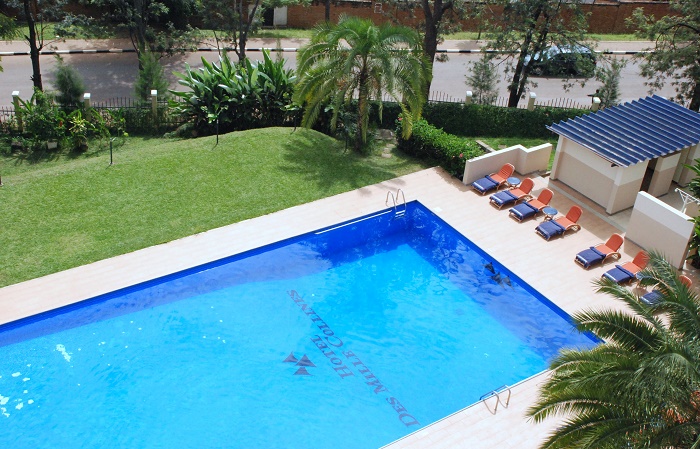 The Hôtel des Mille Collines was built in 1973 by the Belgian airliner Sabena, which owned the hotel up until 1994. Consisting of 5 floors, there are 112 tastefully furnished rooms and suites with a mix of traditional and contemporary handicrafts and art. There are classic rooms with a choice between queen-sized or twin beds, that offer comfort for every guest’s well being. Each room provides large windows, allowing a lot of daylight and overlooking the lively city. Nonetheless, for the guest’s pure enjoyment to be greater, there are also Superior and Junior Suites that are 64 square meters (690 square feet), respectively 52 square meters (560 square feet), making them ideal for guests who cherish something extra. With a spacious living room and bedroom, guests can host visitors or business partners and keep their privacy behind closed doors. For more, guests can enjoy in the bars and restaurants such as: La Terrasse, located adjacent to the courtyard and lush garden offering wide variety of fresh breads and savory patisseries to hearty cold cuts and cheese selections to fresh fruits and everything in between; Pool Bar, open daily until late in the night, offering every beverage you could desire and a menu of snacks and meals to suit any craving; Le Panorama, a restaurant located on the fourth floor which makes it a great place for business luncheons with an extra, a romantic dinner for two or a group outing with a special gourmet menu accompanied by breathtaking views of rolling hills and the twinkling lights of Kigali; and last but not least the Legacy Lounge which is on the lower ground floor of the hotel and the address in Rwanda for Jazz & Motown live music, carrying guests instantly back to the private clubs of the 60’s and 70’s. 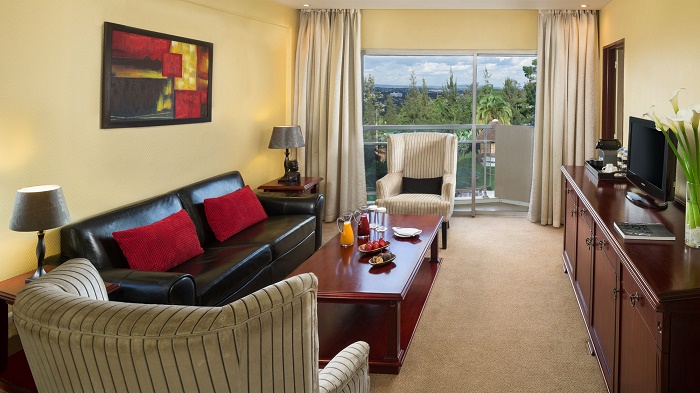 Another story that is linked with this impressive hotel dates from 1994, when the Rwandan Genocide occurred throughout the country. Back then the hotel served at first as a housing for the people who were trying to fled the killings in the capital, and later became a refugee camp. There were even 10 people crowded in one room, together with the lobby and the corridors lined with bodies and bedrolls as well. 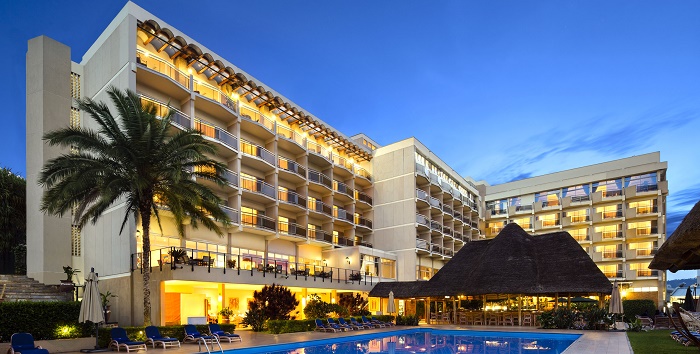 The Hôtel des Mille Collines has managed to endure the traumatic events of 1994, depicted so forcefully in the movie “Hotel Rwanda,” but much like Rwanda as a whole, it cannot shake the memory of the killing frenzy that took place just outside its leafy grounds and that left more than 500,000 ethnic Tutsis and moderate Hutus dead. Even though there is no official memory plaque or memorial on the hotel grounds about these events that happened here, people will remember this place as the one who saved many lives and got through the hard times. Nowadays being once again as “The Place To Be”, it definitely is something worth visiting, if not staying while in Rwanda’s capital Kigali. 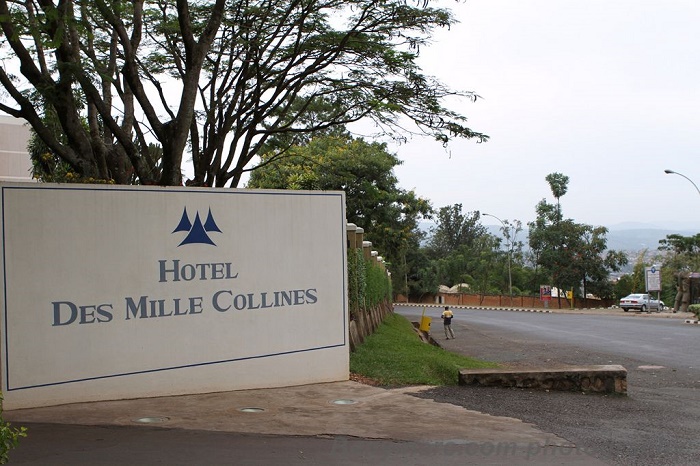