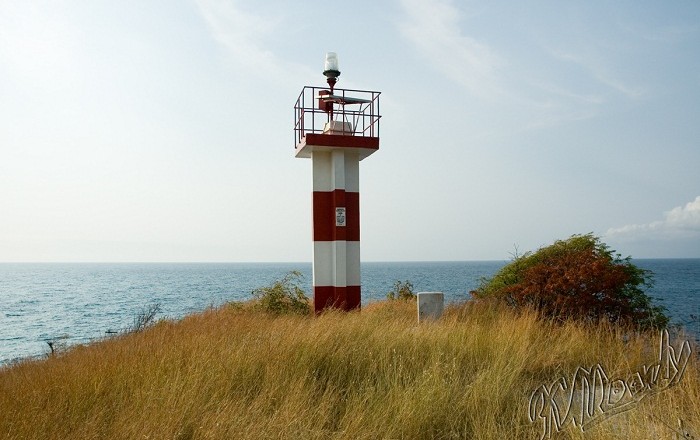 Faro Lagoa Azul is a newly built lighthouse which is located at the nose of Carregado, alongside the Lagoa Azul (or as the English translation would be Blue Lagoon), on the island of São Tomé, in the Democratic Republic of São Tomé and Principe. 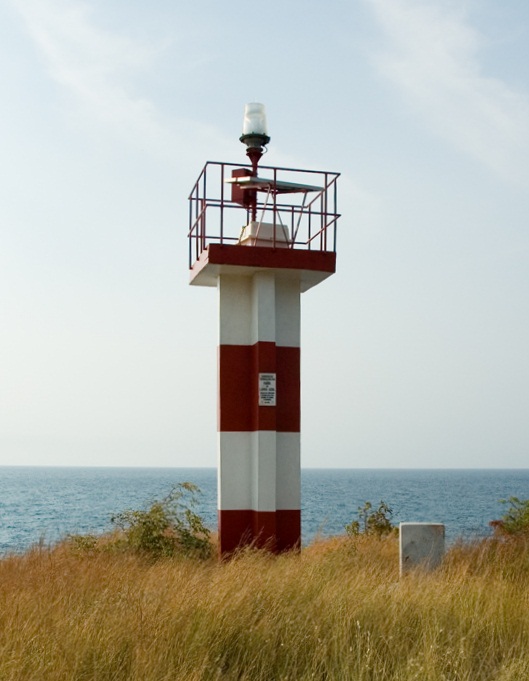 The lighthouse is made out of a reinforced concrete, and it is painted with horizontal red and white stripes. It is around 7 meters (23 feet) high, however, the actual light is around 34 meters (112 feet) above sea level, visible up to 15 nautical miles. Officially inaugurated on 12 September 1997, it was designed and built by the Marinha de Guerra Portuguesa, and it is maintained by the Ministry of Defense and Internal Order of the Democratic Republic of São Tomé and Principe. 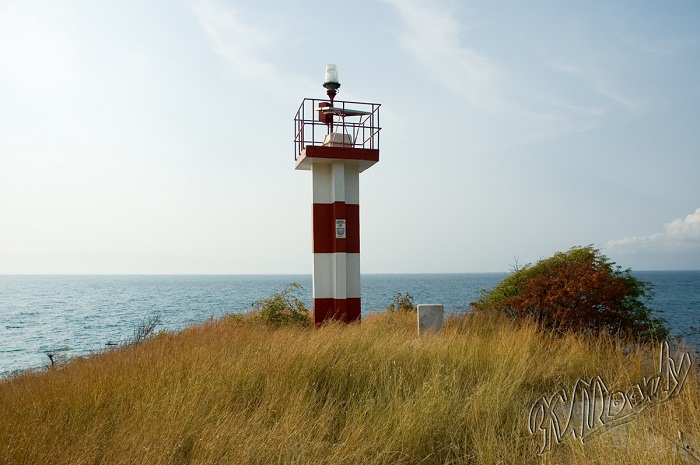 The access to the light on top of the lighthouse is via small balcony at the top of the tower, where there is also a battery for storing the energy which is obtained by the photo-voltaic solar panel which is installed next to the light. This assures that the lighthouse will be working without human intervention, where only an annual inspection will be required and modifications if necessary. Offering a stunning view of the Atlantic Ocean, it is something which will keep people safe while traveling around Atlantic and the island as well. 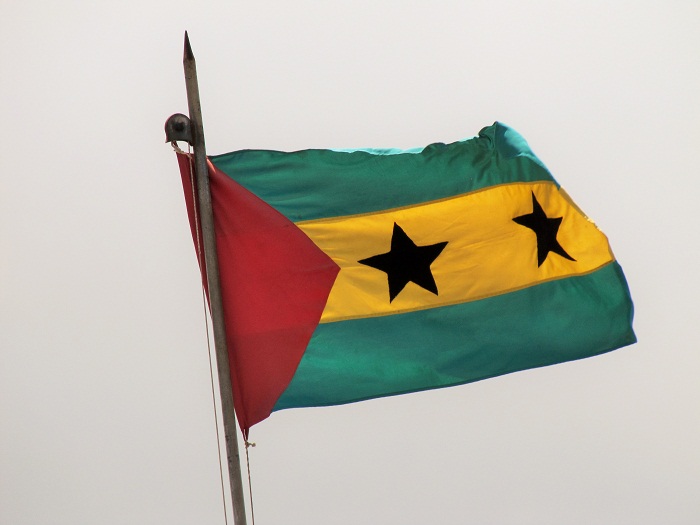