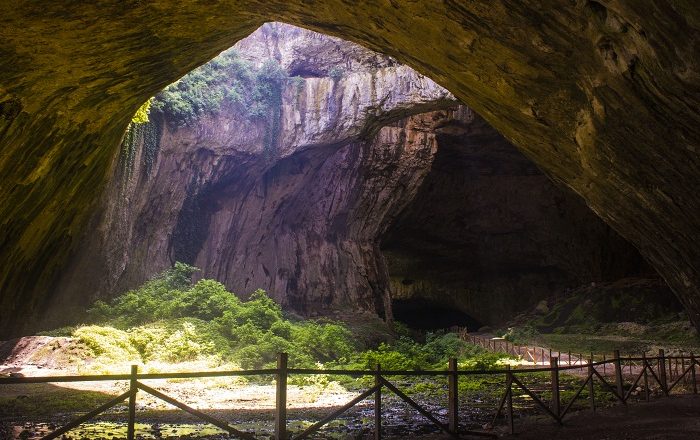 Devetashka Cave is an impressively large karst cave that can be found in the vicinity of the village of Devetaki in the northern part of the Republic of Bulgaria. Located more precisely on the east bank of the Osam River, the cave has an entrance which is 35 meters (115 feet) wide and 30 meters (98 feet) high, which then widens inside and creates astonishingly large hall with an area of some 2,400 square m (26,000 square ft). 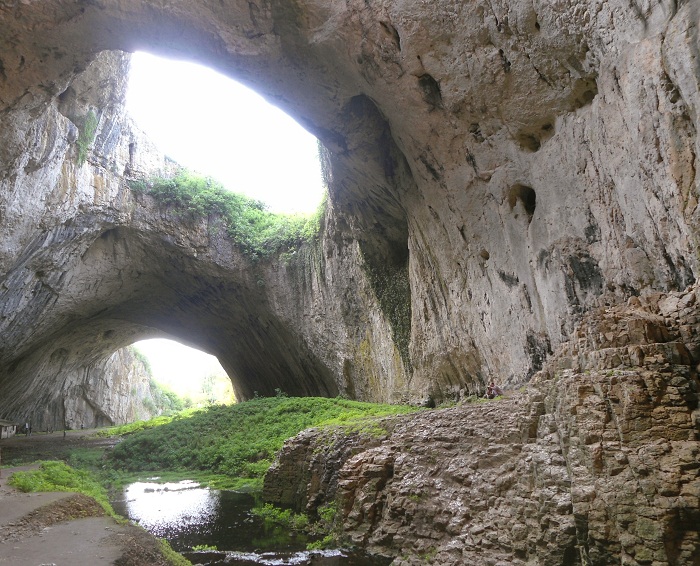 Interestingly, there are several large openings from the ceiling which allow for the daylight to lighten up the largely vast interior. 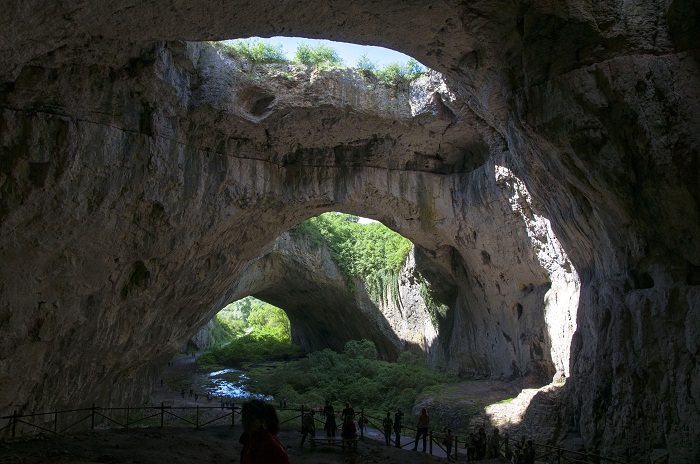 Being around 2 km (1 mi) in length, after 200 meters (656 feet) from the entrance, the cave separates into two branches, where on the left side is a small river that creates miniature lakes and waterfalls, passing through the main hall and eventually flowing into the Osam River, while the right side is warm and dry with several chambers that ends with a round hall, called the Altar. 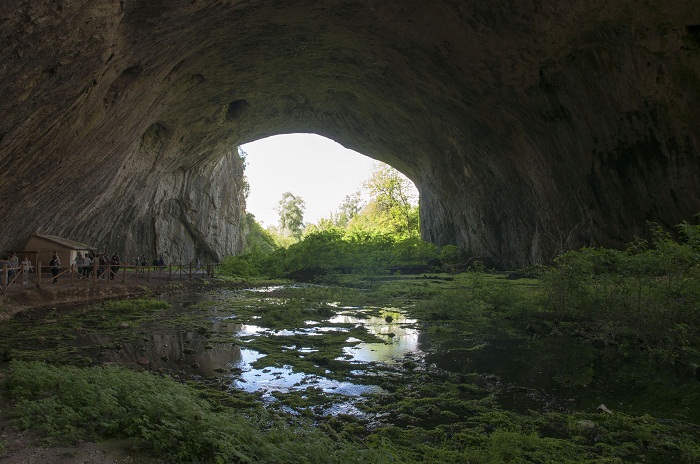 Accompanied by plenty of wonderful stalactites and stalagmites, the cave was used since the Old Stone Age, better known as the Paleolithic era, for tens of thousands of years, allowing for the humans of the time to have a shelter and place where they can thrive. Devetashka Cave was rediscovered once again in newer times by a Bulgarian scientist, who in 1921 did some exploration inside. It was not until 1950s when a true revelation was carried out in order to learn a little bit more about the human occupation throughout the very long history. Having discovered some of the richest sources of Neolithic cultural artifacts, nowadays, the cave is not just an amazing touristic place for the visitors of Bulgaria, but also one of the three most important hibernation spots for bats in Europe. 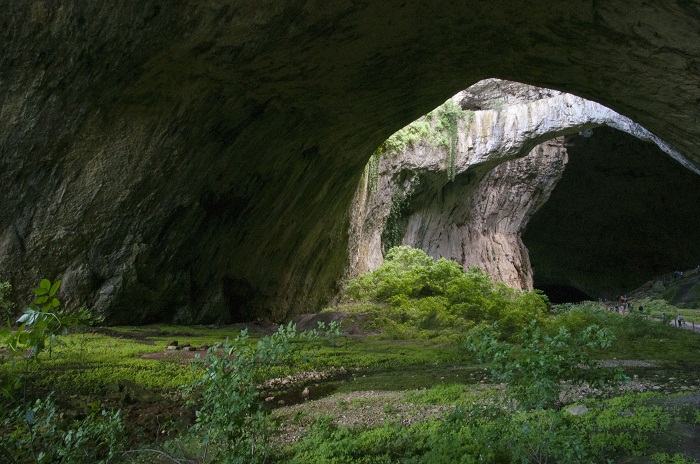 From the IUCN Red List of Threatened Species of bats, there are four species that are present within the cave, and as all bats are protected by law in the country, it was unfortunate for a large number of bats in 2011 to be displaced due to the shooting of the Hollywood action film ‘The Expendables 2’. 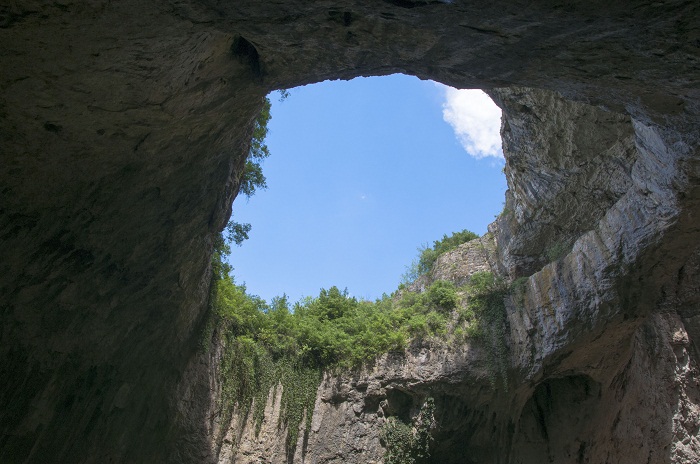 With this movie, the cave gained more popularity, nonetheless, there were no certain sources whether the bats will return. Fortunately in late 2012, there were the first signs of bats returning, and by the end of the year, the population once again grew to a large number. 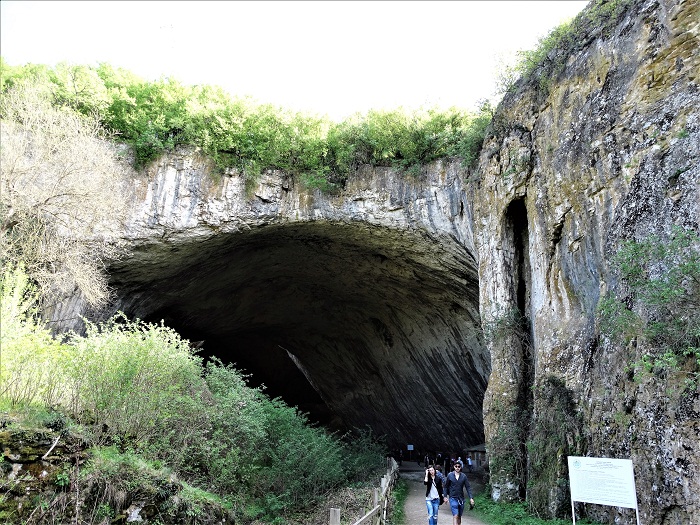 Declared as a natural landmark which is protected by law since 7 June 1996, this national and international monument of immense significance is should be protected with every intent for the future generations to be able to get a glimpse in the life of the people from the Paleolithic era. 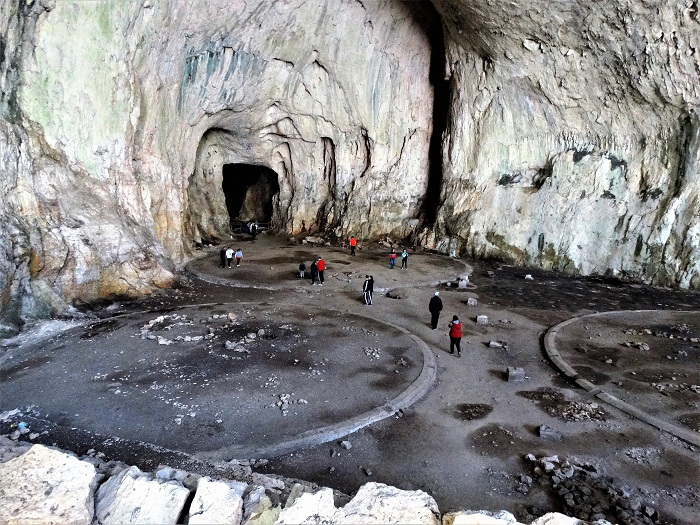 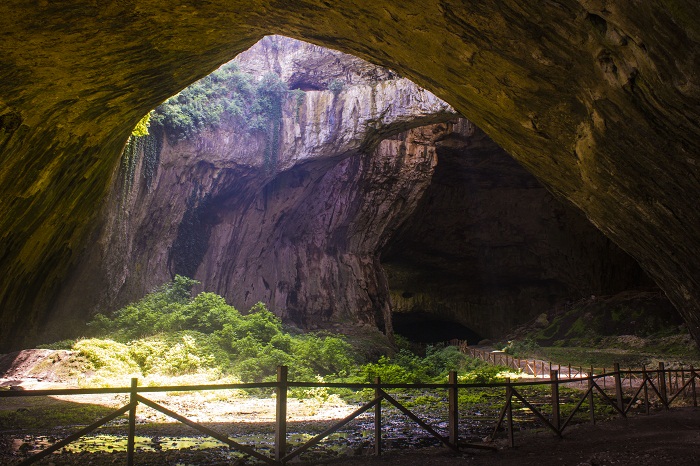 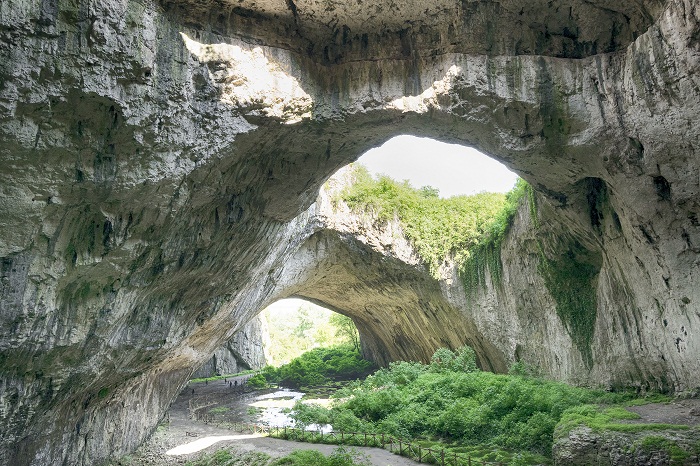