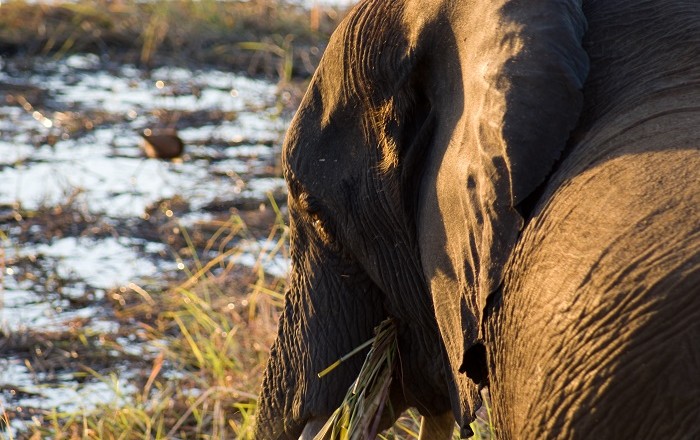 Chobe National Park is the first national park that has one the largest concentrations of game in Africa, and it is located the Republic of Botswana. Established in 1967, the Chobe NP has an area of 11,700 square km (4,517 square mi), which is divided into 4 areas, each one corresponding to one distinct ecosystem.

The inhabitants in the past who lived and thrived in this beautiful park were the San Bushmen, also known as the Basarwa people, who were nomadic hunters and gatherers, constantly moving. As the park is also known as ‘The Land of The Giants’, it is home to Africa’s largest elephant population diverse landscapes and an almost unparalleled abundance of wildlife and birdlife all centered on the stunning Chobe River. 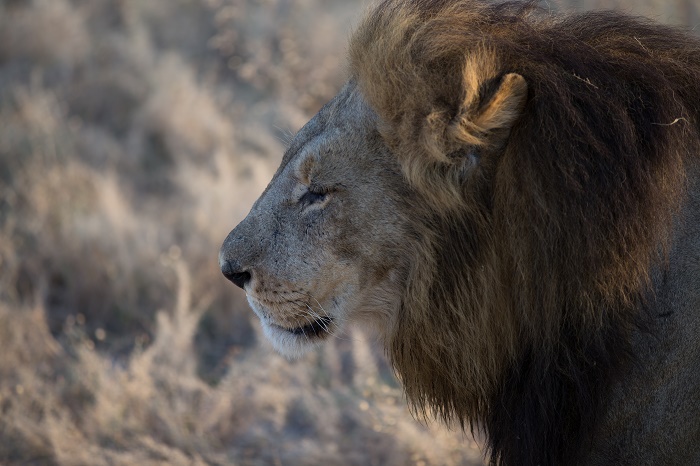 The Serondela area, which is the Chobe riverfront, is situated in the extreme northeast of the park and in it there are lush floodplains and dense woodland of mahogany, teak and other hardwoods now largely reduced by heavy elephant pressure. 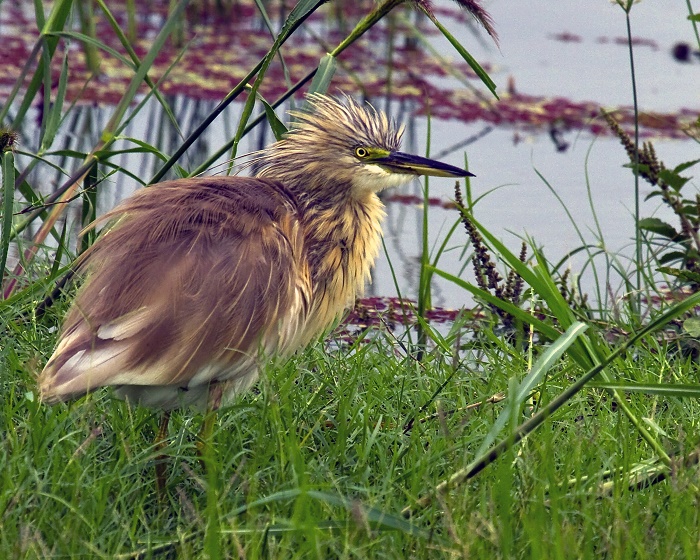 In fact the Chobe River that flows along the northeast border of the park is a major watering spot, especially in the dry season for large breeding herds of elephants, as well as families of giraffe, sable and cape buffalo, nonetheless, the only place also in Botswana where the puku antelope can be seen. The close proximity to Victoria Falls makes this ecosystem of Chebo one of the most visited parts.

The Savuti Marsh area is another ecosystem of the Chobe NP which has an area of about 10,878 square km (4,200 square mi), and constitutes the western stretch of the park. Being part of the relic of a large inland lake whose water supply was cut a long time ago by tectonic movements, today this area is fed by the erratic Savuti Channel, which dries up for long periods and later flows again, whenever there is, of course, tectonic activity. 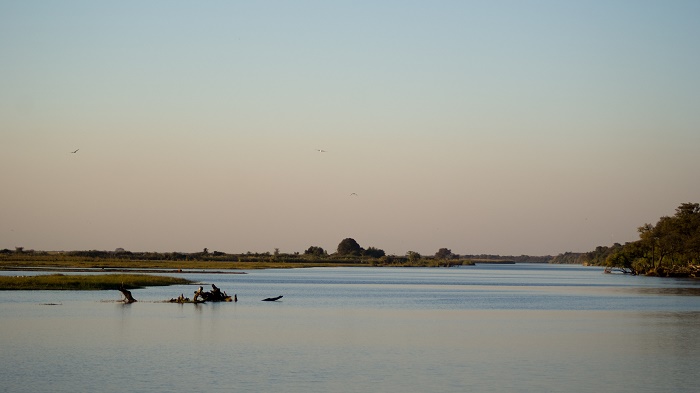 The last recorded flow in the 20 century that reached the Savuti Marsh area was in 1982, and then it happened again in 2010. The whole is covered with extensive savannas and rolling grasslands, which makes wildlife particularly dynamic in this section of the park, and in dry seasons the tourists are going on safari trips where they often view the warthog, kudu, impala, zebra, wildebeest and a herd of elephants bullying each other. 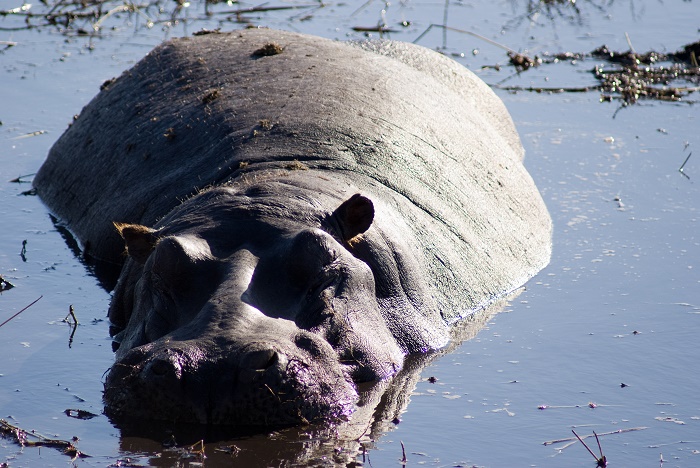 Nonetheless, packs of lions, hyenas, zebras or more rarely cheetahs are visible as well. The Linyanti Marsh is the third ecosystem of the park located more precisely to the northwest corner of the park, adjacent to the Linyanti River. This area is filled with riverine woodlands, open woodlands as well as lagoons, and the rest of the region mainly consists of flood plains. 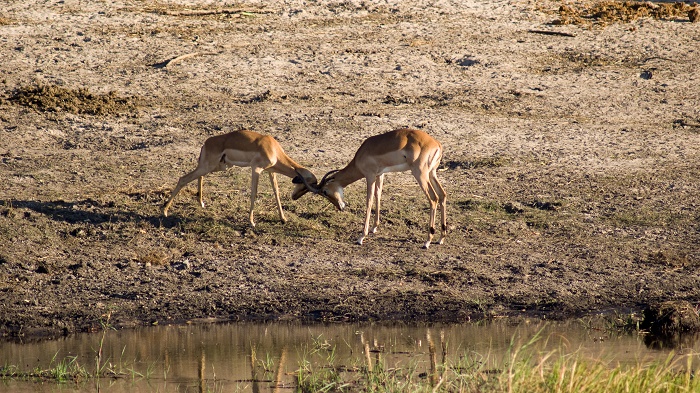 With large concentrations of lion, leopard, African wild dog, roan antelope, sable antelope, a hippopotamus pod and enormous herds of elephants, it definitely plays a major role in the wildlife of the park. Still, the fourth ecosystem which is not named yet is between Linyanti and Savuti Marshes, comprised of a hot and dry hinterland, mainly occupied by the Nogatsaa grass woodland. 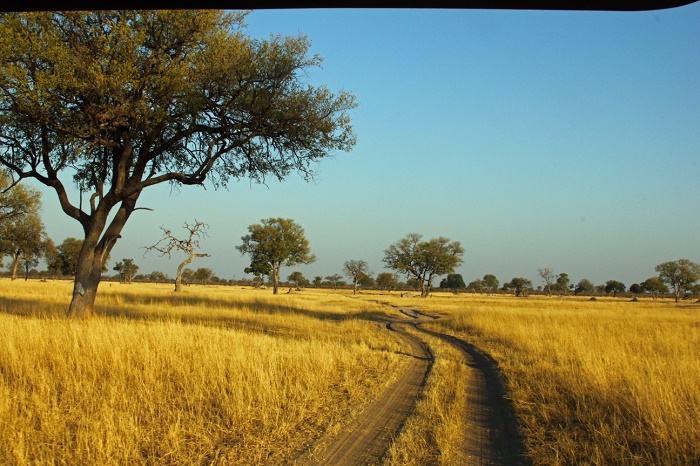 Due to the fact that this part of the Chobe National Park is not well known, there is a bright spot because the elands, that are a genus of large antelopes, can be spotted in it. 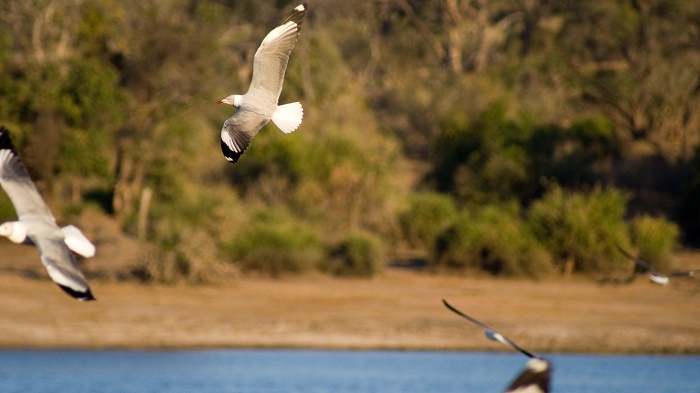 As one of the most visited places in the south-African country, Botswana welcomes everyone who would like to experience the wildlife of Africa in person, as well as enjoying in the richness in the flora and fauna the Chobe National Park has. 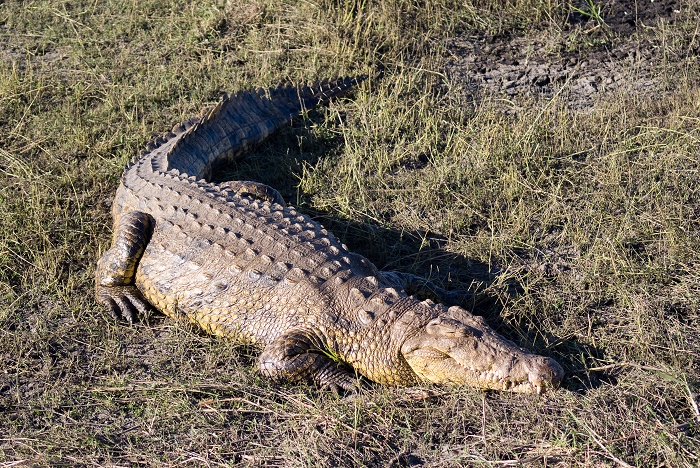 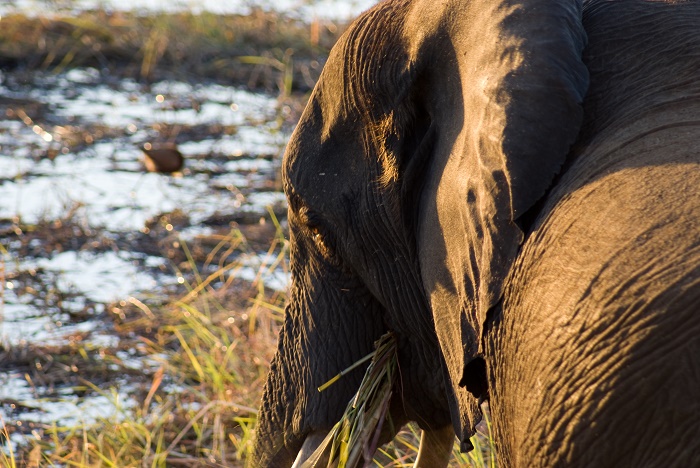 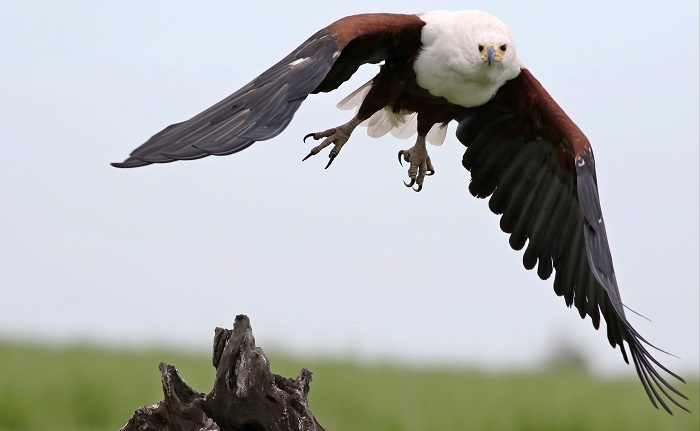