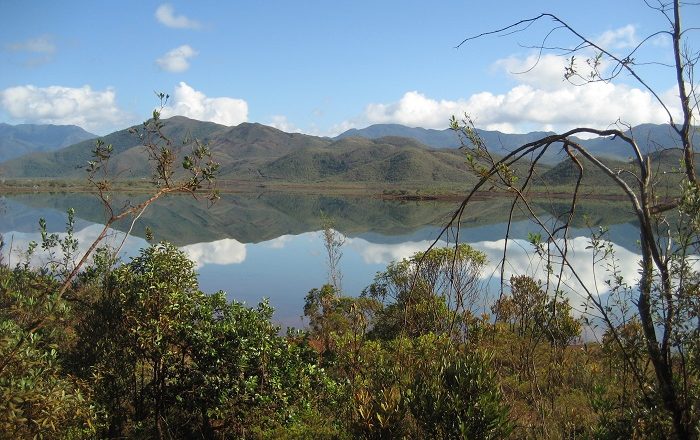 The Blue River Provincial Park, also known by its official name Parc provincial de la Rivière Bleue, is an important nature reserve which is located in the Commune of Yaté, part of the South Province within the special collectivity of France in the southwest Pacific, New Caledonia. Covering an area of about 9,000 hectares (22,239 acres), Blue River Provincial Park is among the most popular, most incredible, yet most visited areas of the small collectivity. 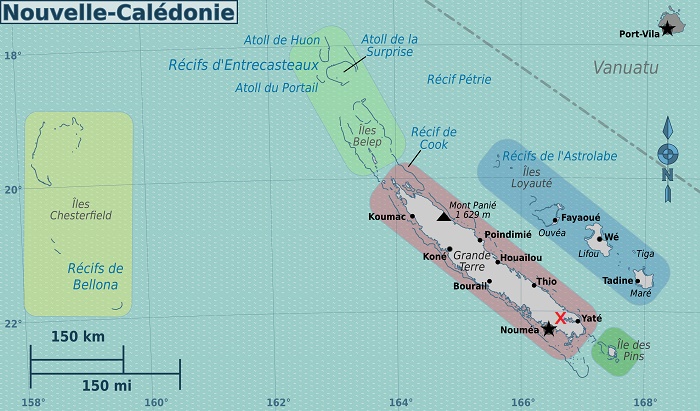 As it is not that far from the capital city of Nouméa with about 60 km (37 mi), the nature reserve includes the basins of White River, Blue River, Month of May River, as well as the artificial Yaté Lake. 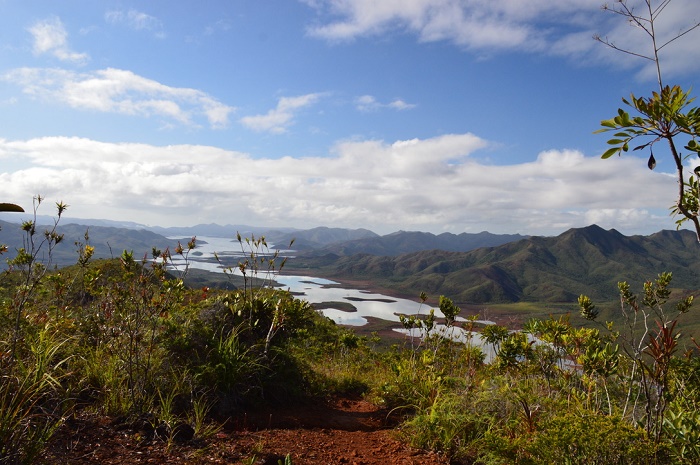 Having the purpose of protecting and preserving the natural heritage that covers great spectrum of nature and wildlife of the island, the provincial park was created as such in 1980 with hope that the environmental awareness will be lifted to higher levels. 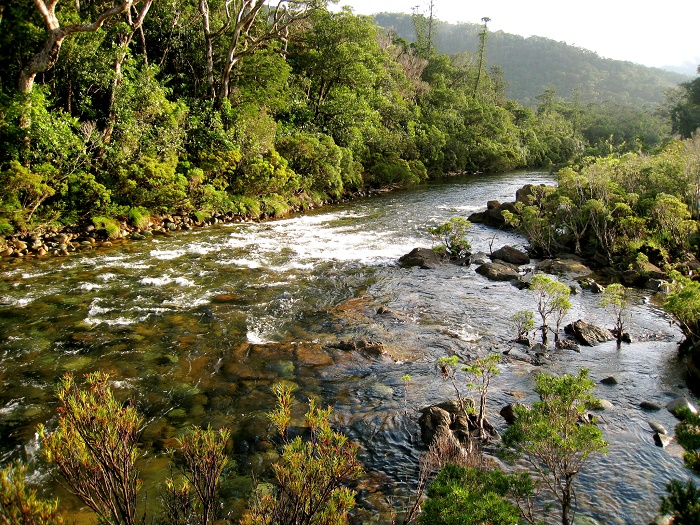 Being also part of the larger Upper Yaté Fauna Reserve, this park encompasses varieties of landscapes from New Caledonia, where visitors are able to witness beaches and coconut trees, that slowly change to red earth which contrasts to the lush greenery and most of the time clear blue skies. 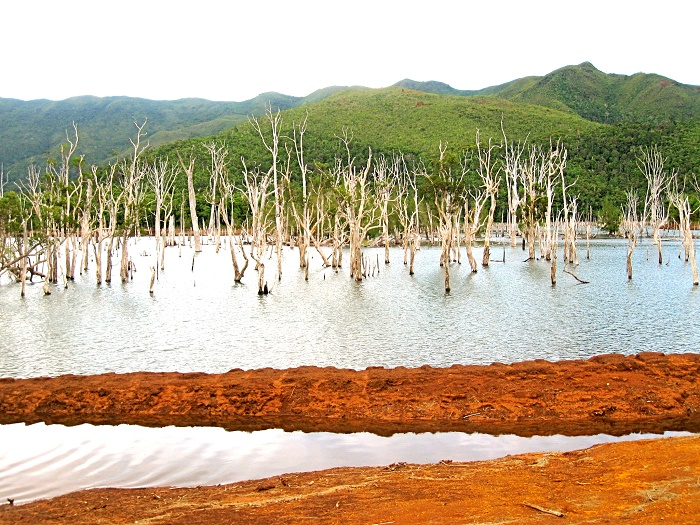 One of the most impressive feature is the drowned forest with its hundreds of bleached logs that give the strange, petrified and quite eerie sight which was created with the construction of the artificial dam in 1958. When moving with further exploration of the surrounding, one can not pass the relics of the past, as the area was a significant source for mining and forestry exploitation throughout its history. 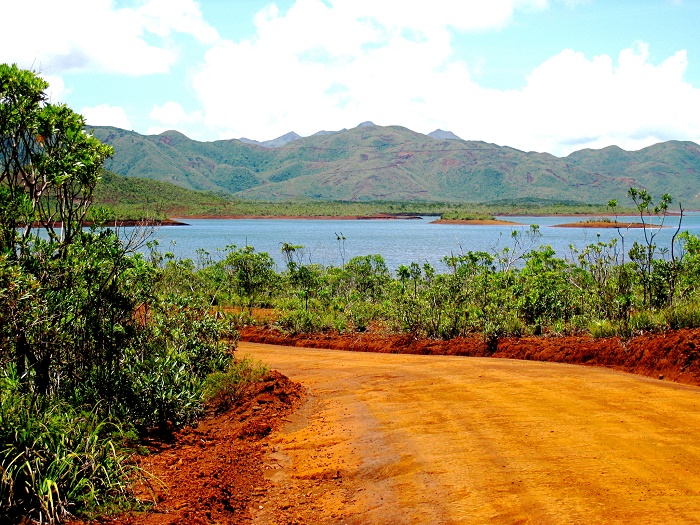 Nevertheless, one of the greatest symbols from Blue River Provincial Park is definitely the Kaori Tree, specifically referred to as Agathis lanceolata tree, which is considered to be some 1000 years old and its height and width will make everyone feel very dizzy. 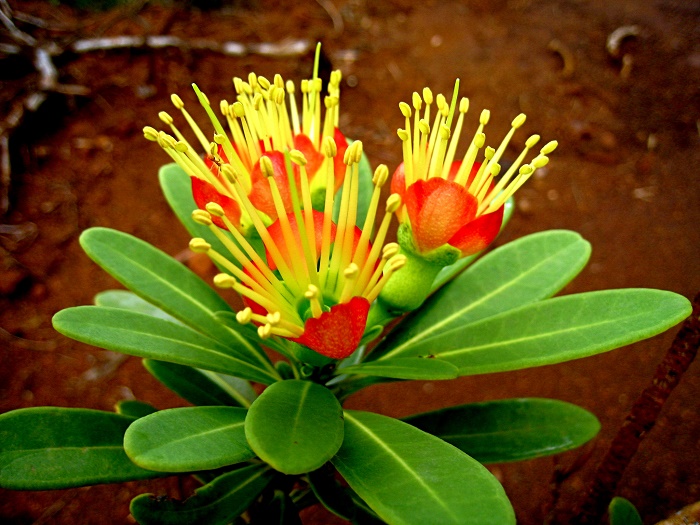 The flora is also enriched with maquis shrubland that overlays the peridotite rocks and also the unavoidable tropical rainforest that allures everyone to come in the park and spend as much time as possible. 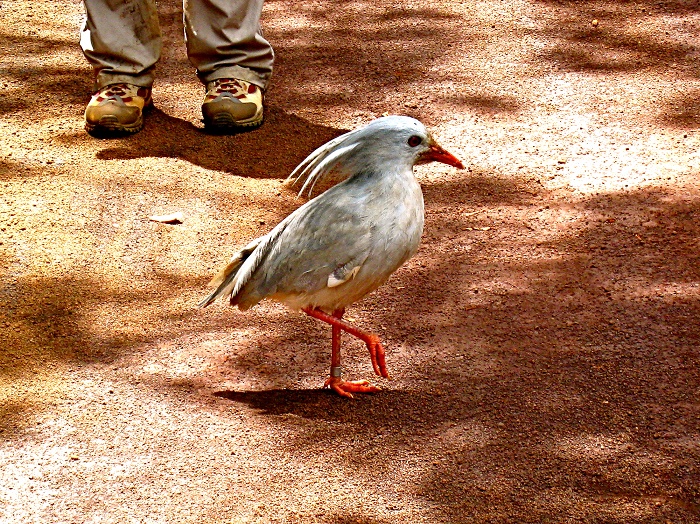 Even though the flora is rich, the fauna is even richer due to the high rate of biodiversity, and the park is known to be one of the last areas where the kagu, or as it is sometimes spelled as cagou, an endangered bird which is nowadays a great symbol of the nation, can be seen in its real, natural habitat. From the other faunal species the park also includes the crow honeyeater, notou, New Caledonian crow, and crested gecko. 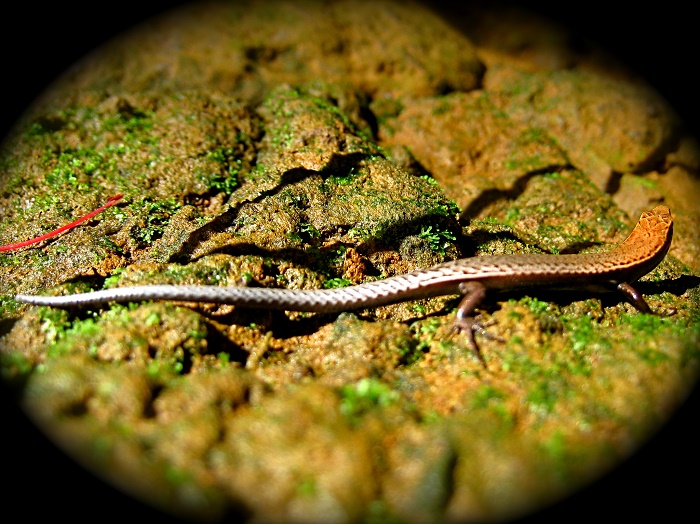 Since there are plenty of opportunities for different activities, one of the more popular ones are the hiking trails, as the park has been designated as an area where motor vehicles in the bigger part of the park can not go, furthermore kayaking the lake and getting as close as possible to the petrified forest, meeting the wild kagus, and the establishment of the Maison du Parc that explains the history of the park. 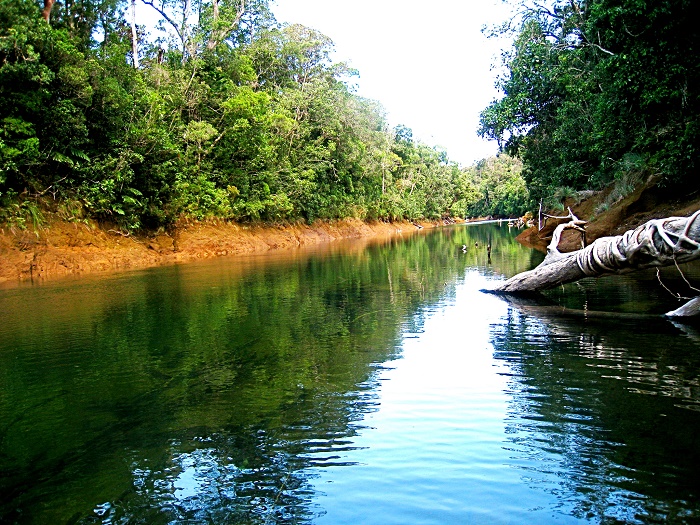 In addition, there is also an exhibition hall with permanent display of park’s history, a library, a conference room, a shop, archives, and storage rooms. In conclusion, a definite natural gem from New Caledonia, the Blue River Provincial Park is certainly a place where each visitor of the small French collectivity in the Pacific Ocean should see in person and get familiarized with the impressive flora and fauna the park holds. 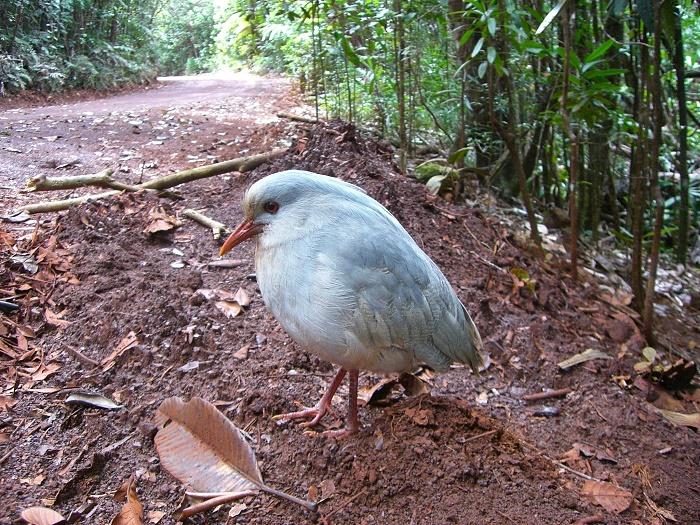 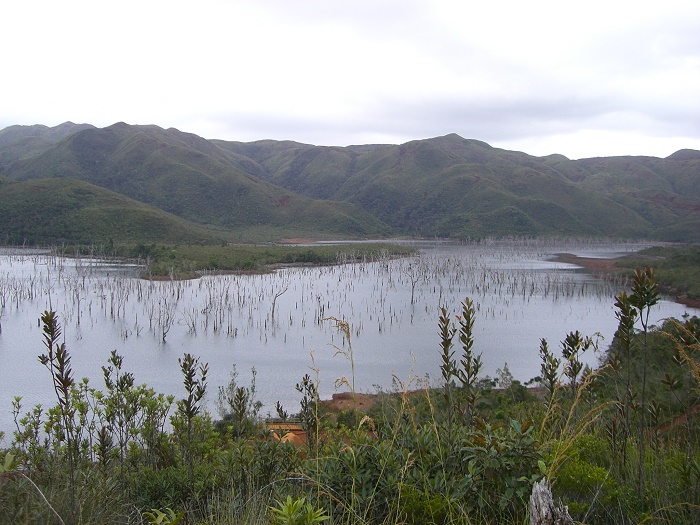 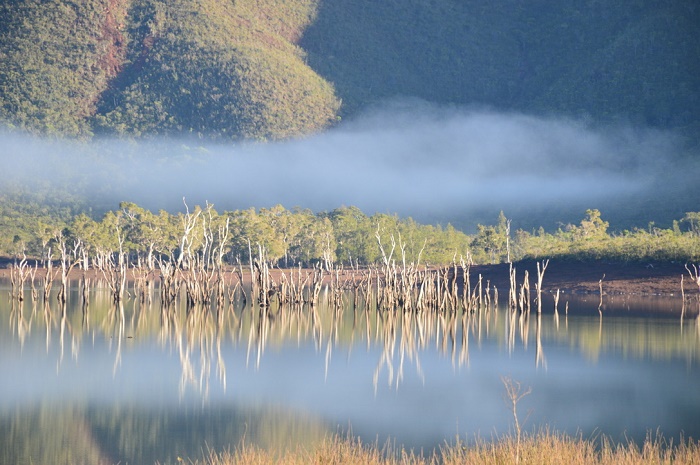 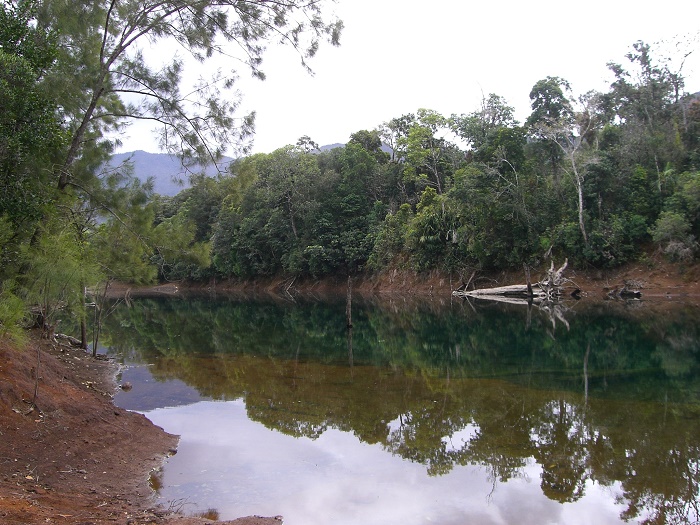 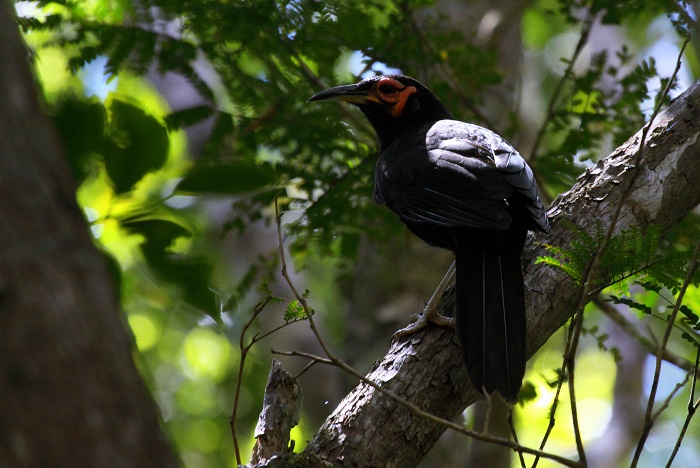 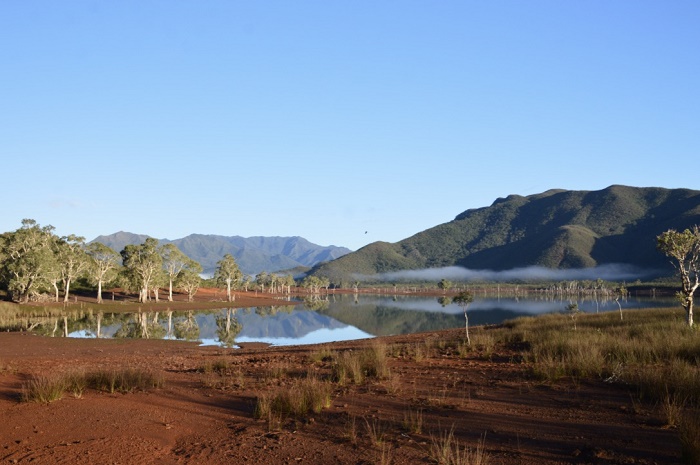 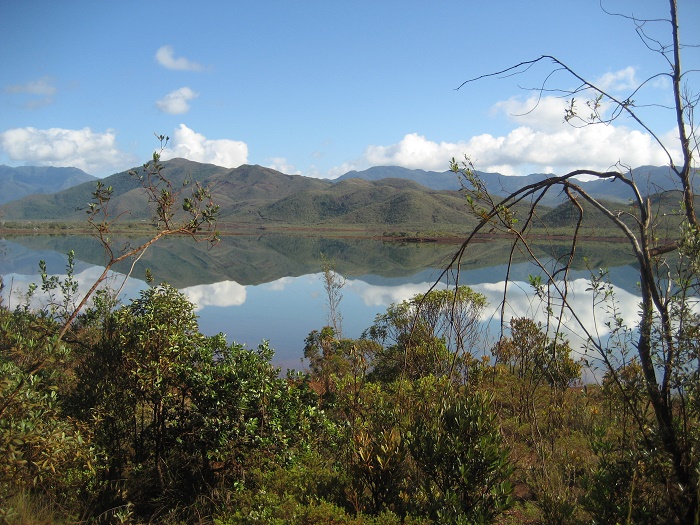