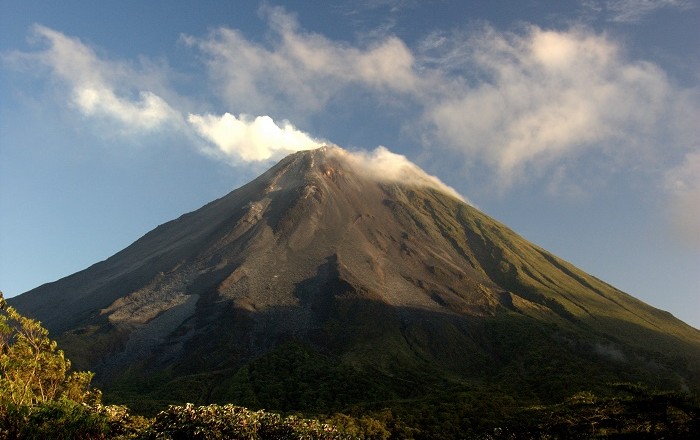 Arenal Volcano is an active andesitic conically shaped stratovolcano which is located in the northwestern part of the Republic of Costa Rica. 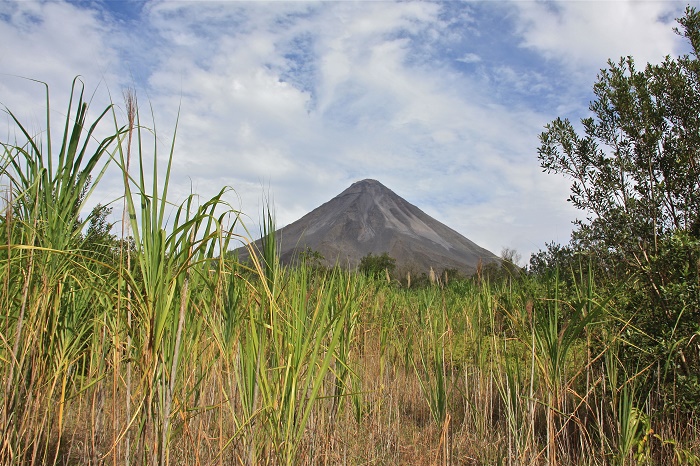 As it is positioned within the fertile lowlands of the country, it is very tall and imposing making it impossible to miss it. The perfectly symmetrical shape reaches a height of 1,670 meters (5,480 feet), with crater which is 140 meters (460 feet) in diameter. 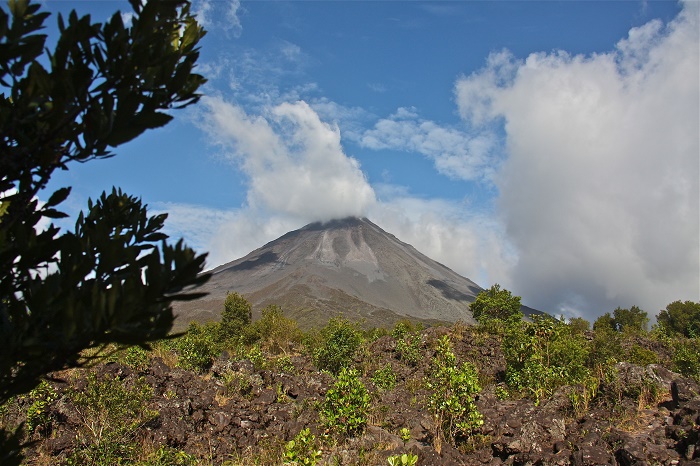 Most likely formed some 7,000 years ago from the adjacent Chato Volcano which is now extinct, it began with the activity in 1968, when suddenly on 29 July erupted very suddenly and violently. After its first eruption, every few years it was erupting again, where in 1998 was the last one with 23 different eruptions. 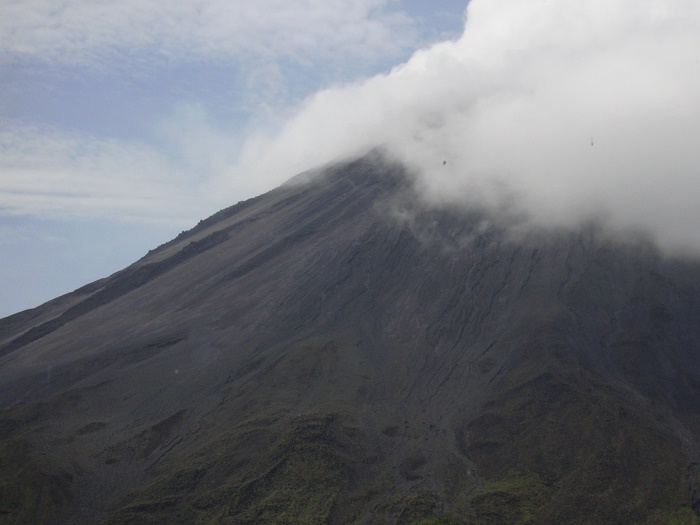 Since October 2010, the Arenal Volcano entered into an indeterminate resting phase, where the visitors would not be able to witness the activity the volcano had in the past, although that could change within a matter of months or years. In 1991, the area where the volcano is located was established as Arenal Volcano National Park, which altogether creates an important watershed for the artificial lake Lake Arenal, which is the biggest one in Costa Rica. 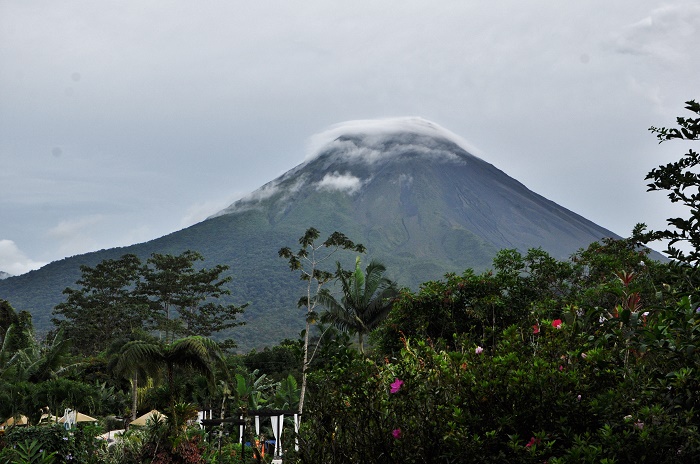 As one of the major landmarks in the north of Costa Rica, it allures many tourists throughout the year, who have been witnessing the small or big eruptions and taking breathtaking photos of the area. 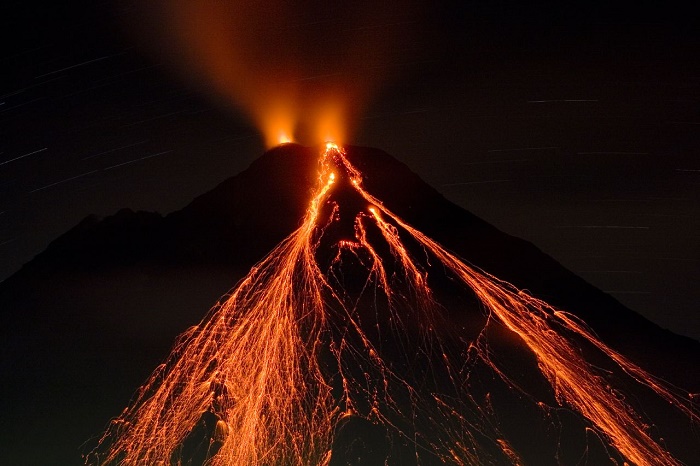 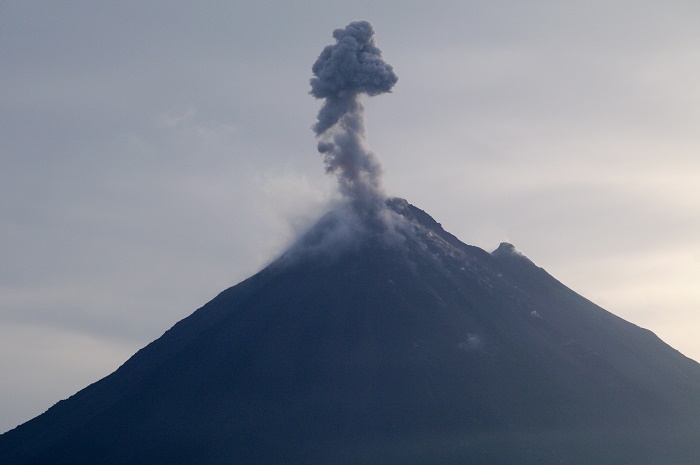 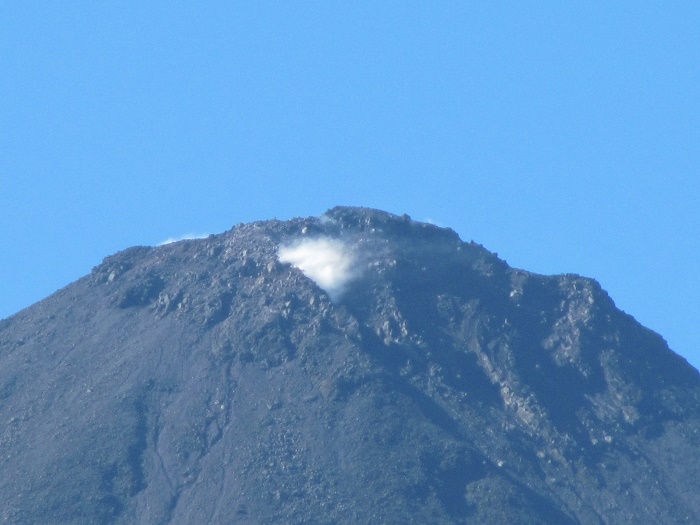 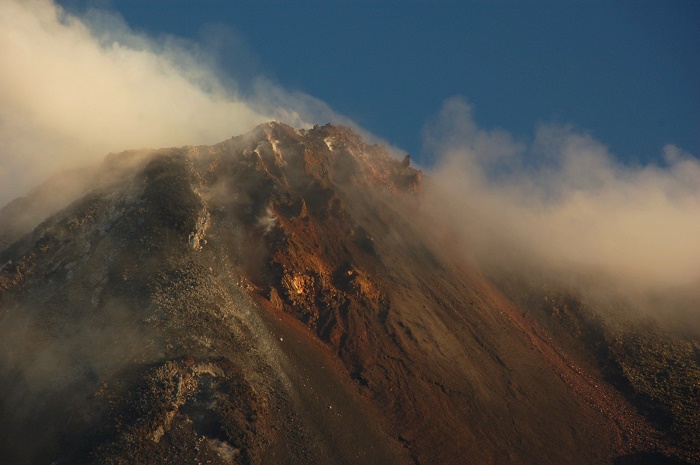 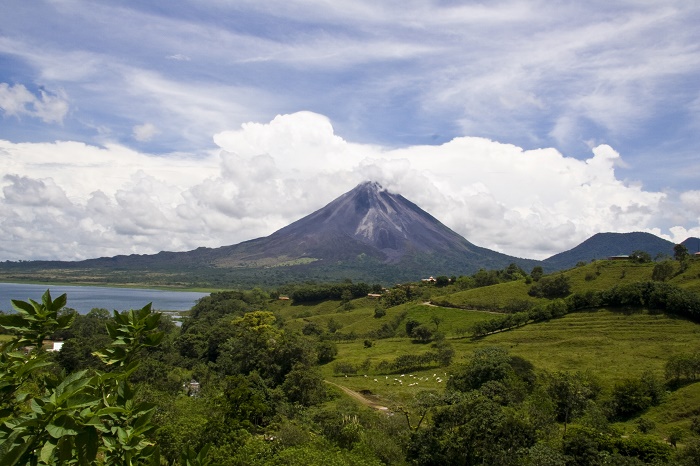