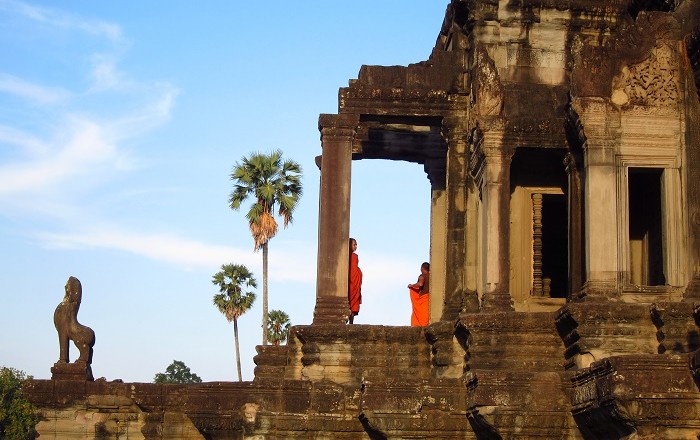 Angkor Wat is a temple complex in Cambodia, located in Cambodia’s northern province of Siem Reap, it is the largest religious monument in the world, with site measuring of about 162 hectares, and one of the most important symbols of Cambodia. 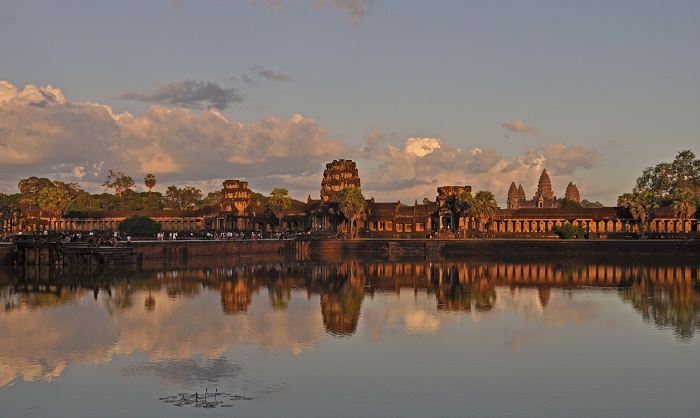 It was originally constructed as a Hindu temple for the Khmer Empire, it was estimated that it needed 30 years to finish the construction, later, toward the end of the 12th century gradually was transformed into a Buddhist temple. 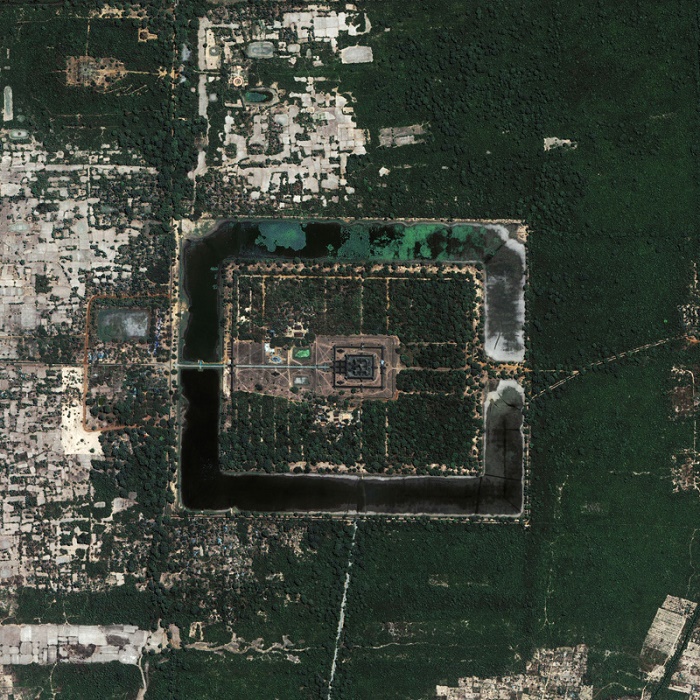 It was built by the Khmer King Suryavarman II in the early 12th century in Yaśodharapura (present-day Angkor), the capital of the Khmer Empire, as his state temple and eventual mausoleum. 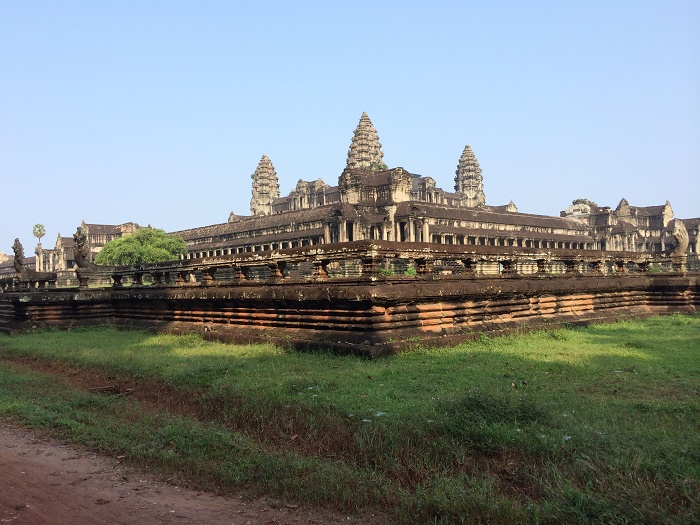 For several centuries Angkor, as the centre of the Khmer Kingdom, was filled with impressive monuments, several different ancient urban plans and large water reservoirs. The site is a unique concentration of features testifying to an exceptional civilization.

Breaking from the Shaiva tradition of previous kings, Angkor Wat was instead dedicated to Vishnu. As the best-preserved temple at the site, it is the only one to have remained a significant religious center since its foundation. 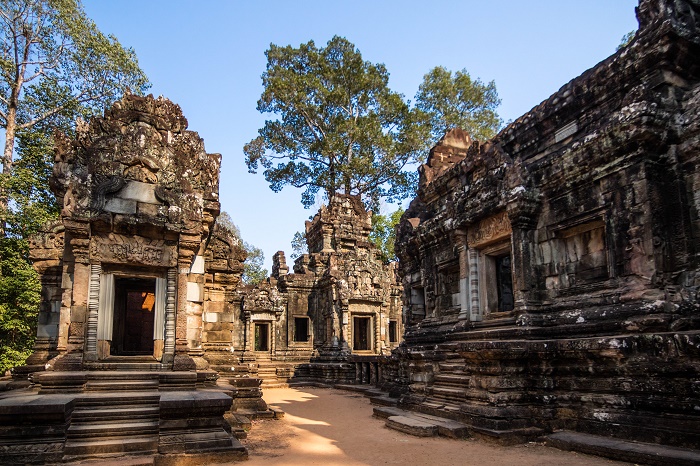 The temple is at the top of the high classical style of Khmer architecture. As it has become a symbol of Cambodia, it is also appearing on its national flag, and it is the country’s prime attraction for visitors. 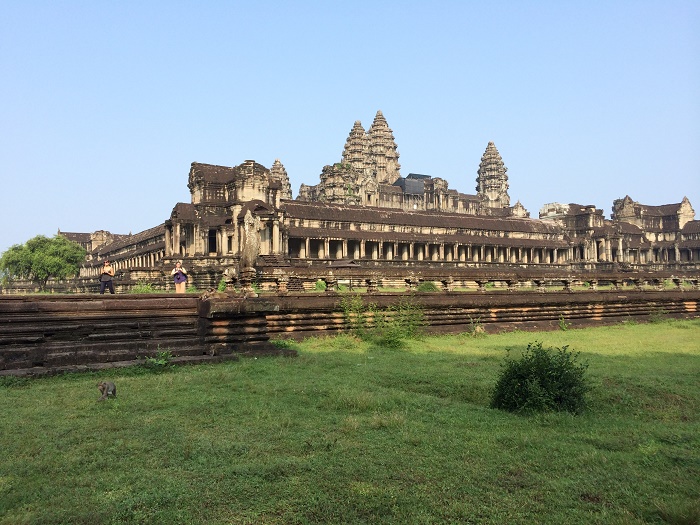 The plan of Angkor Wat is difficult to grasp when walking through the monument because of the vastness. Its complexity and beauty both attract and distract one’s attention. From a distance Angkor Wat appears to be a colossal mass of stone on one level with a long causeway leading to the center but close up it is a series of elevated towers, covered galleries, chambers, porches and courtyards on different levels linked by stairways. 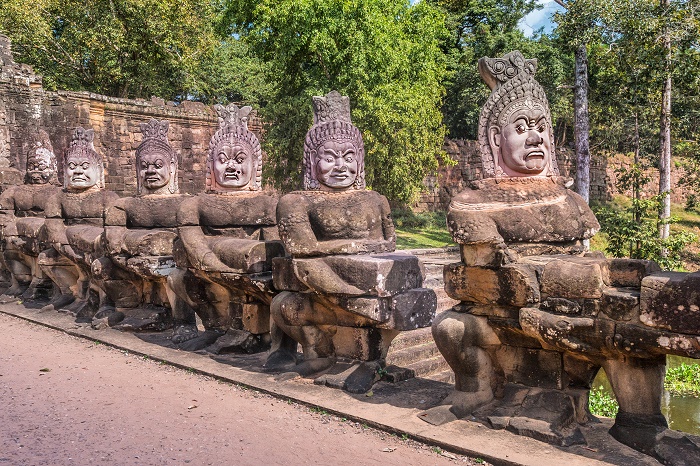 The height of Angkor Wat from the ground to the top of the central tower is greater than it might appear: 213 meters (699 feet), achieved with three rectangular or square levels. Each one is progressively smaller and higher than the one below starting from the outer limits of the temple. 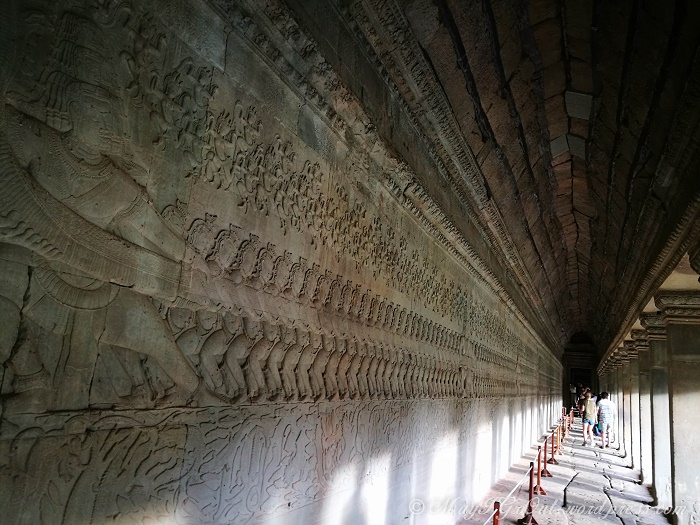 Covered galleries with columns define the boundaries of the first and second levels. The third level supports five towers, fro which four in the corners and one in the middle, and this is the most prominent architectural feature of Angkor Wat. This arrangement is sometimes called a quincunx. 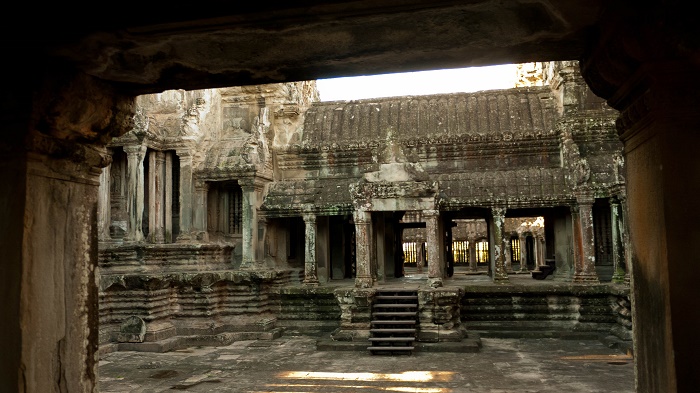 Graduated tiers, one rising above the other, give the towers a conical shape and, near the top, rows of lotuses taper to a point. The overall profile imitates a lotus bud. The temple is admired for the grandeur and harmony of the architecture, its extensive bas-reliefs, and for the numerous devatas adorning its walls. The modern name, Angkor Wat, means “Temple City” or “City of Temples” in Khmer. 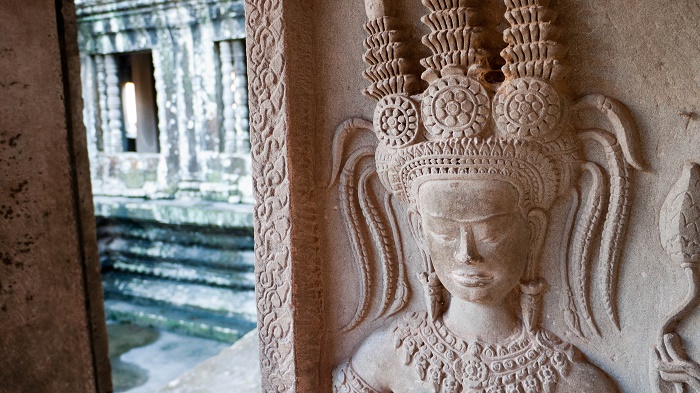 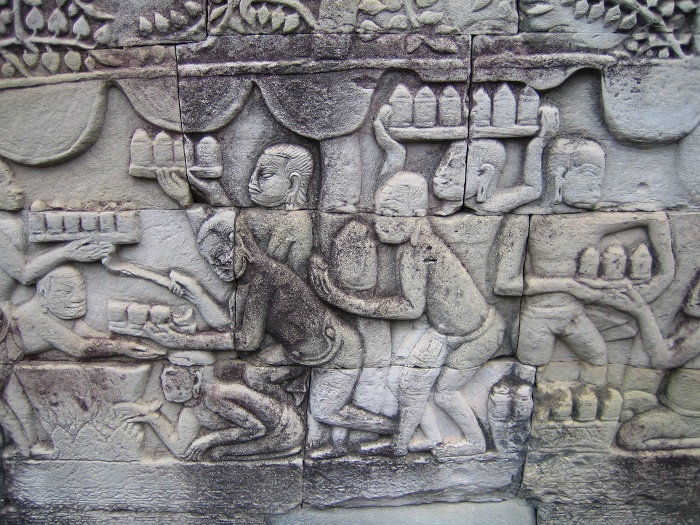 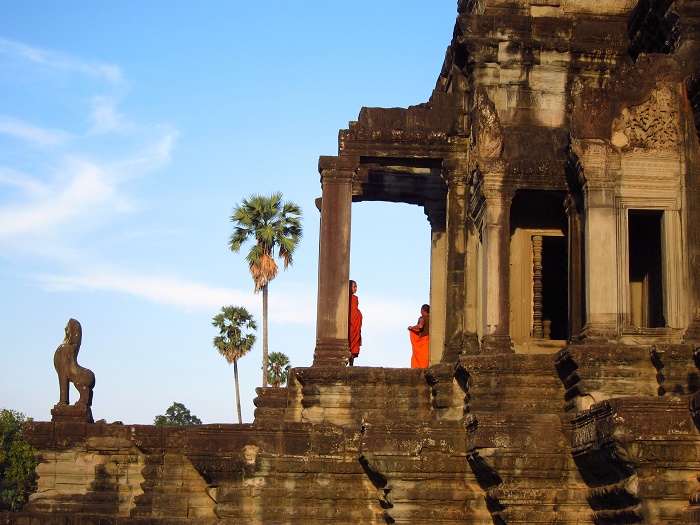 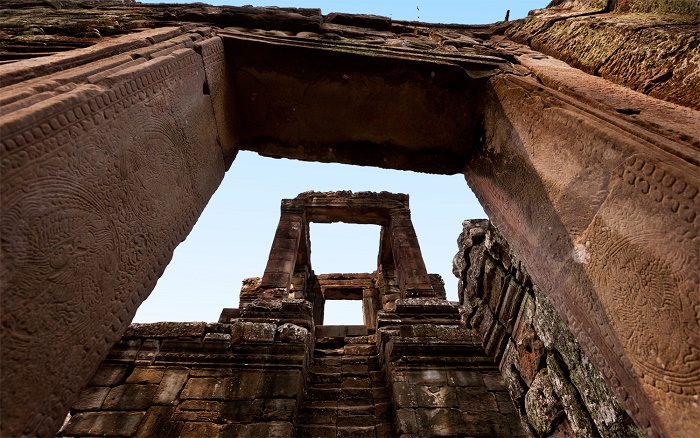 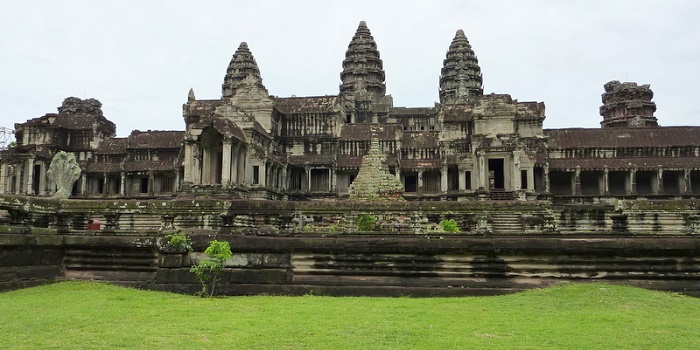 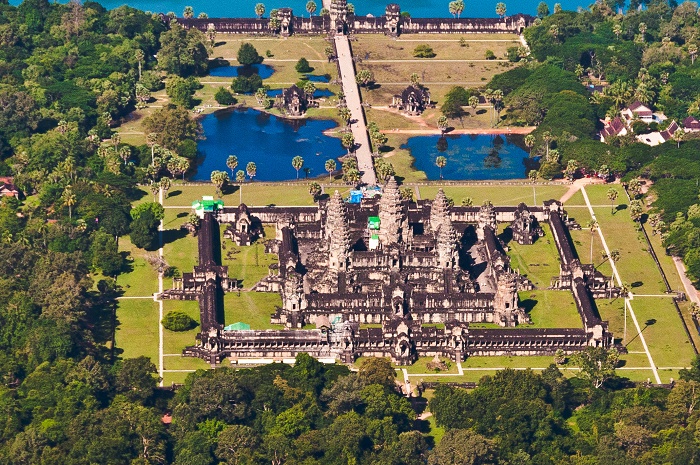