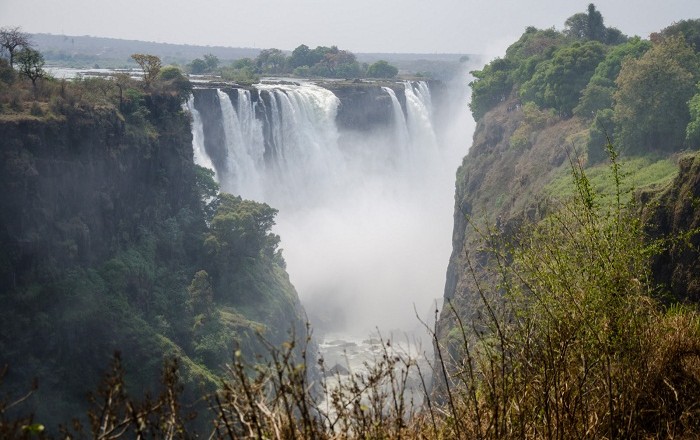 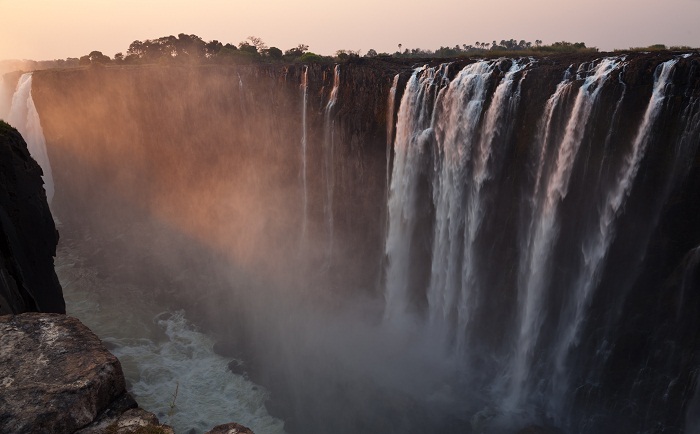 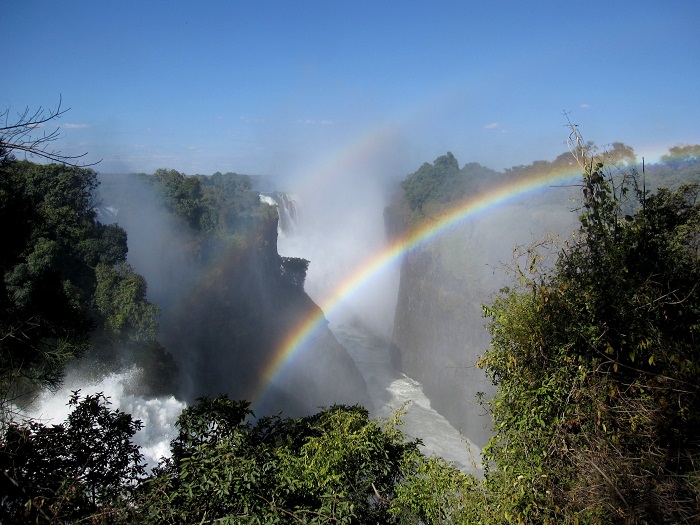 David Livingstone, the Scottish missionary and explorer, is believed to have been the first European to view Victoria Falls on 16 November 1855 from what is now known as Livingstone Island, one of two land masses in the middle of the river, immediately upstream from the falls on the Zambian side. 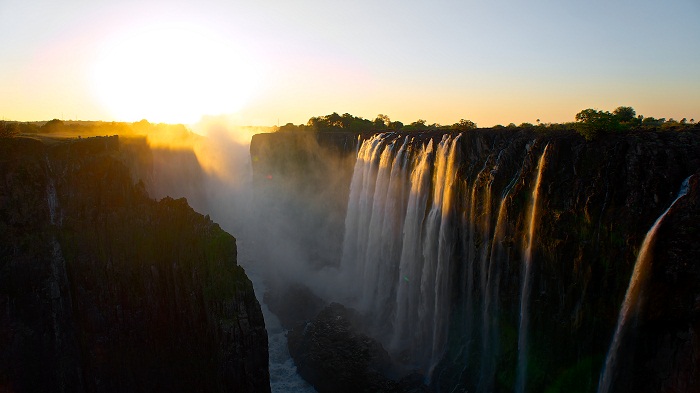 There are 6 gorges formed after the Falls, where they all have consecutive number, except the last one which is named after the small Songwe River coming from the north-east. The waterfall was hardly visited by people up until 1905, when a railway to Bulawayo was constructed. Since then Victoria Falls quickly gained popularity until the end of the British colonial rule. 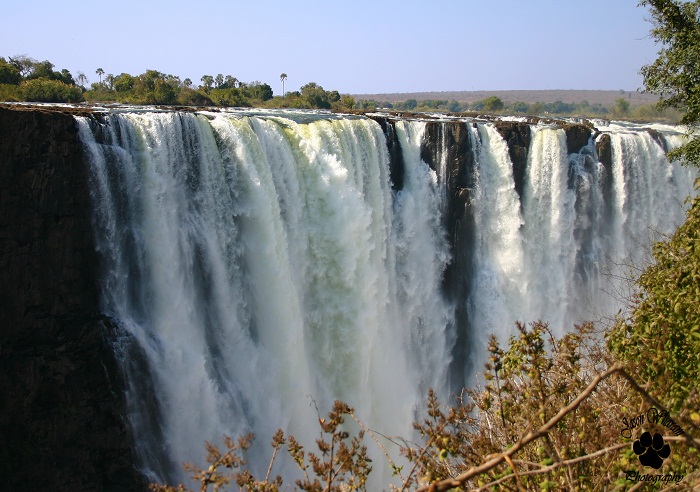 At the end of the 1960s the number of tourists started to decrease due to the guerrilla struggle in Zimbabwe. After Zimbabwe gained independence the region has been in relative peace and Victoria Falls started to attract a new wave of tourism. 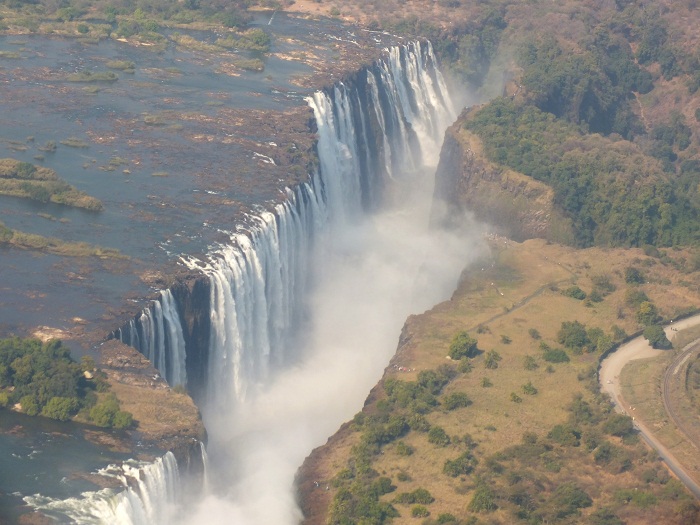 The water level varies throughout the year; it is at its peak in April, at the end of the rainy season when on average 500,000,000 liters of water flow and it is at its lowest level in October and early November. 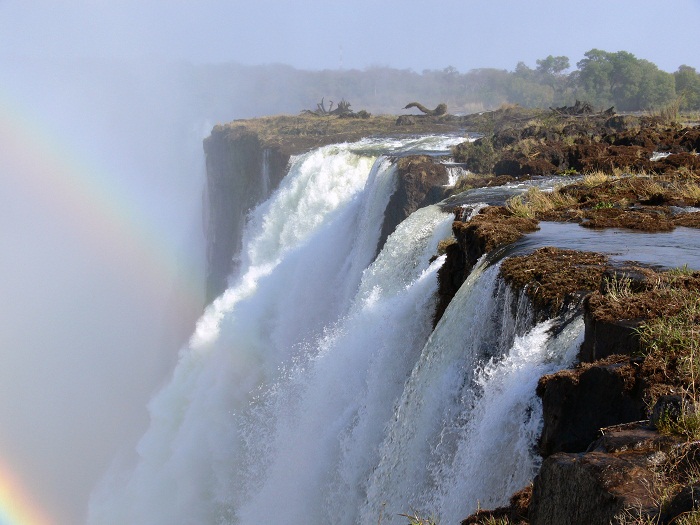 Interestingly, during the dry season the water level in the Zambezi River drops sharply, and it becomes possible to walk through some parts of the waterfall. However, during the rest of the year Victoria Falls is a roaring machine that strikes anyone with its power.

There is a place named Devil’s Pool, where you literally are in a pool on the edge of the falls, but this is only accessible when the water level drops. 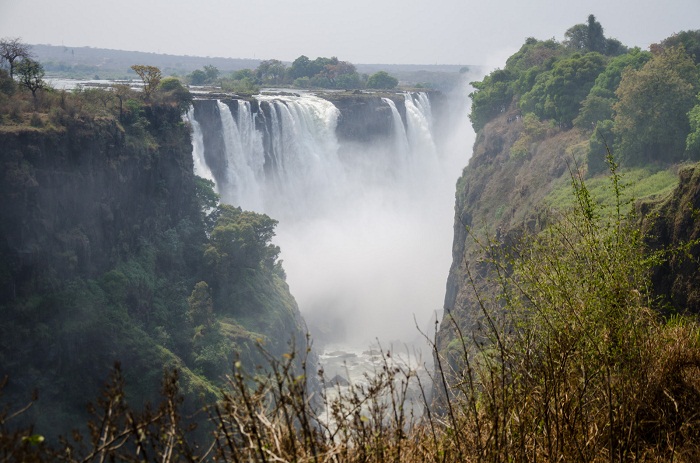