Torre de La Libertad, or commonly known for the English name Freedom Tower, is a monumental piece in the continental region of the African country of the Republic of Equatorial Guinea. Located in the city of Bata, it lights up the nights and it is the new symbol of the city which has been built just in time for the beginning of the historic ceremony celebrating the Cup of African Nation 2012. Inaugurated on 12 October 2011 in the celebrations for the independence of the nation, the structure consists of a tower with a promenade that changes colours at night. On the top of the tower, there is a restaurant which is rotating, and at the bottom of the tower there is a nightclub. The ground breaking for the monument was in May 2009, with the idea of the progress that Equatorial Guinea has. The tower is 68 meters (223 feet) high, and 88 meters (289 feet) wide. Covered in granite and aluminum sidings, there is the latest technology for LED light effects which gives the tower amazing look at nights. 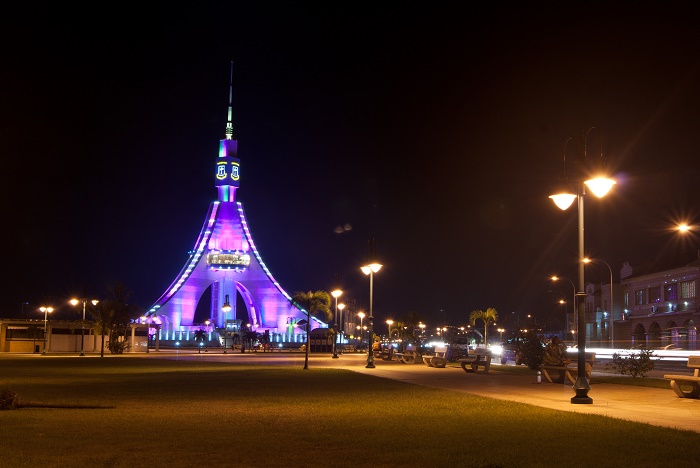