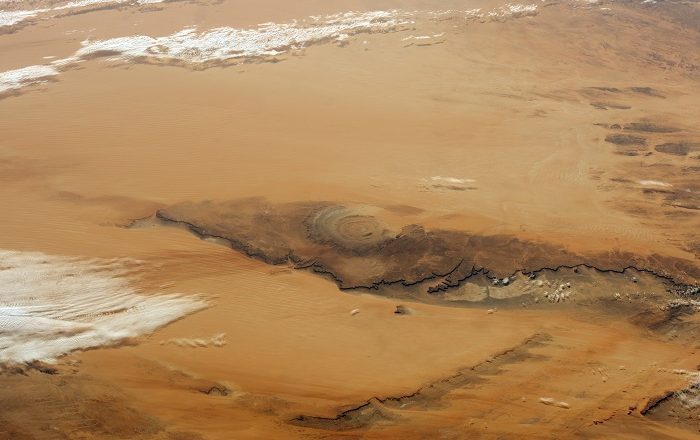 The Richat Structure, also known as the Eye of the Sahara, is a mysterious, yet prominent circular feature, which can be found in the vicinity of the small town of Ouadane in the Sahara Desert, within the Islamic Republic of Mauritania. As it is visible from space, this geological feature from the desert has attracted attention since the earliest space missions, which lately gained more attention. 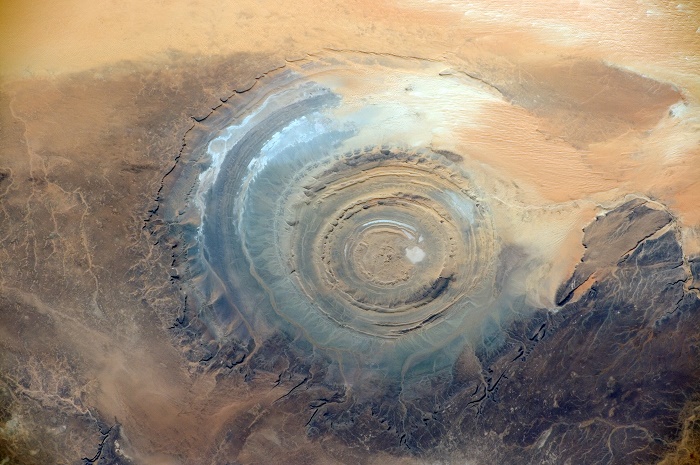 The deeply eroded dome has a diameter of some 40 km (25 mi), and according to the scientists it was most likely formed in the age between the Late Proterozoic to the age of the Ordovician period. At first it was thought that this impressive formation was just an impact crater due to the its circularity, with recent scientific researches it was discovered that this unusual formation was created by erosion. 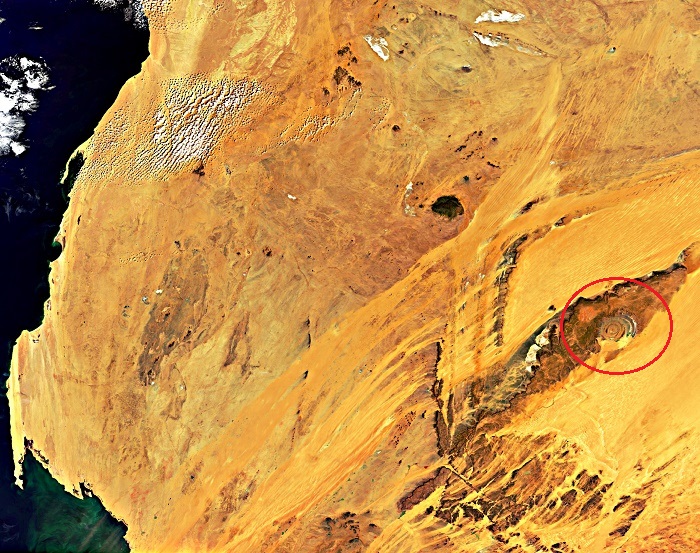 Still being studied by numerous geologists, it is concluded that the center of the structure consists of a limestone-dolomite shelf that encloses a siliceous breccia which then is intruded by basaltic ring dikes, kimberlitic intrusions, and alkaline volcanic rocks. 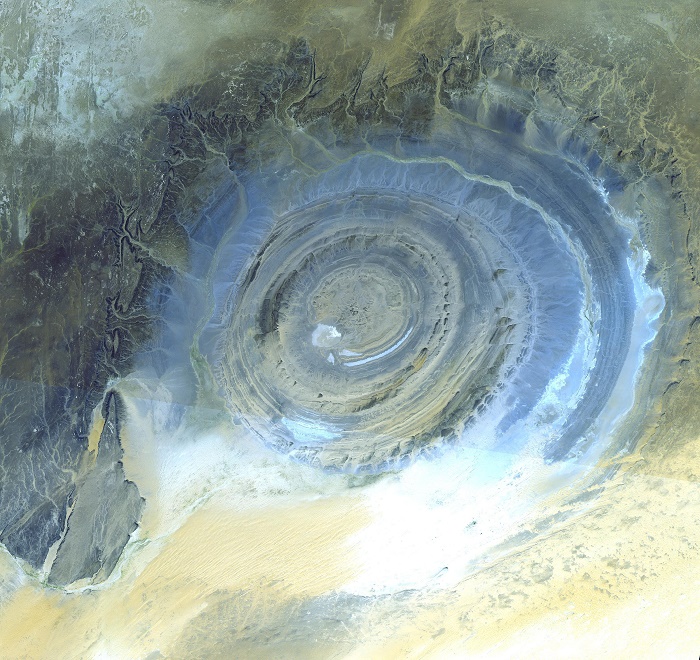 As more attention will be paid to this unique feature of Sahara by the scientists, Richat Structure most likely shall be still among the lesser known places on our planet for which creation we will learn slowly but surely. 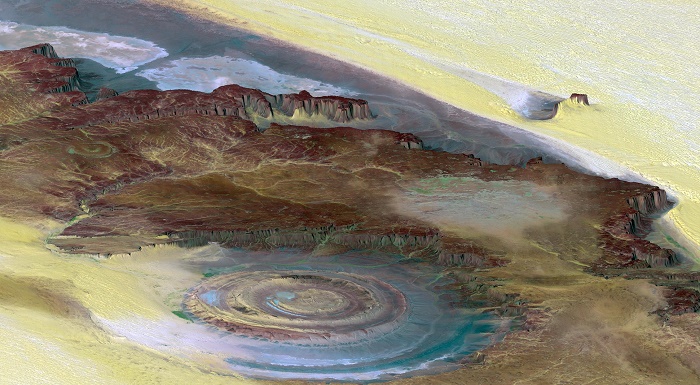 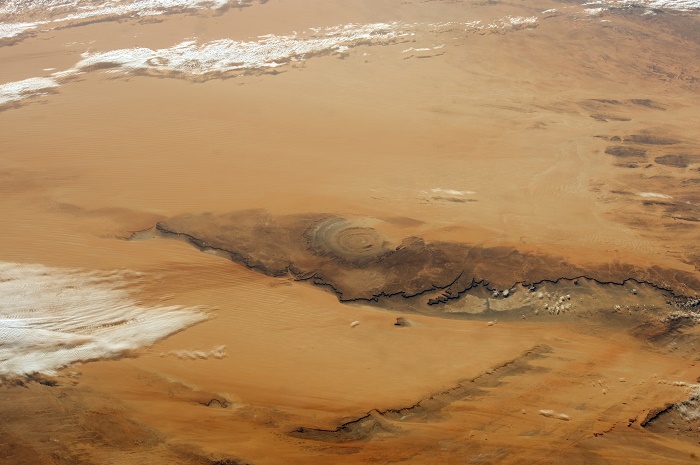 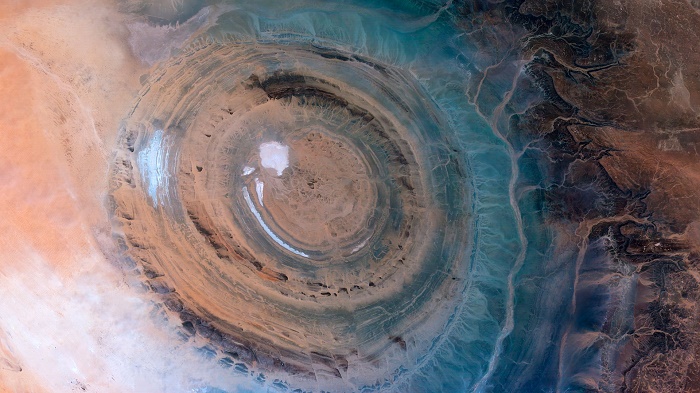