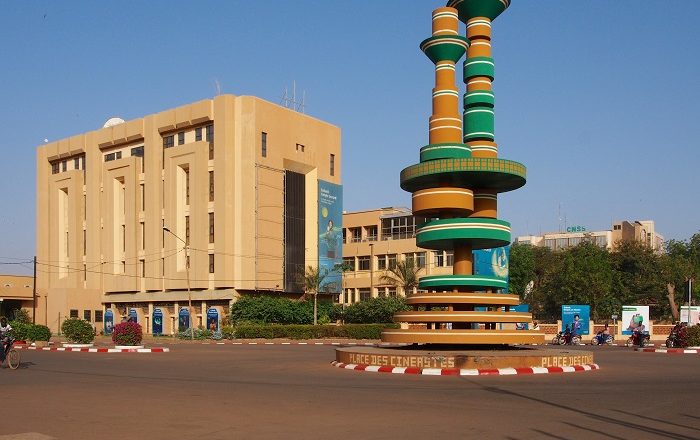 La Place des Cinéastes, or as the English translation would be the Filmmakers Square, is a small roundabout that has a very colorful monument dedicated to the African cinema, located in the capital city of Burkina Faso, Ouagadougou. Located more precisely between the Avenue De La Nation, Avenue du Yatenga, Rue Du Travail and the Boulevard Monseigneur Joanny Tarvernaud, it has the shape of the letter V, which signifies the victory of the African cinema. 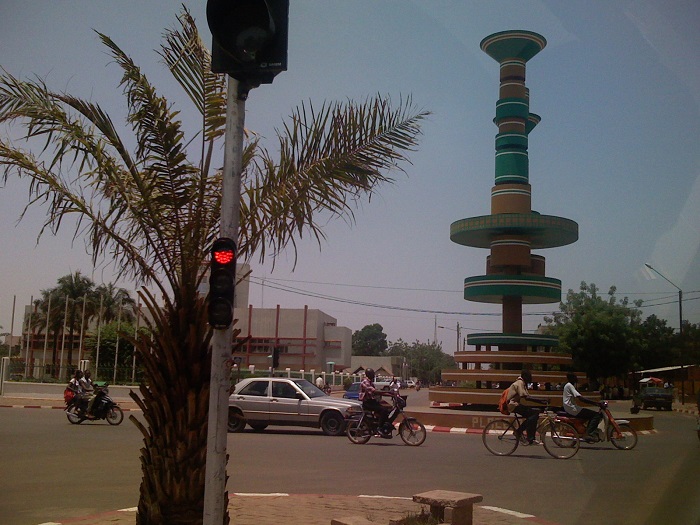 Nonetheless, in its additional explanation for the interesting shape, the architects imported the working tools of the filmmakers, such as camera lenses, film reels, zoom lenses and telephoto lenses. The construction began in September 1986 according to the futuristic design of the architect Ali Fao and the urbanist Ignace Sawadogo, and it was completed in February 1987, where it was unveiled the following month. Nowadays, when the Panafrican Festival of Cinema and Television of Ouagadougou (FESPACO) is happening in the capital of the West African country, the participants are coming to this monument to pay their respect to all those who have put their efforts and knowledge in the development of the African film industry. 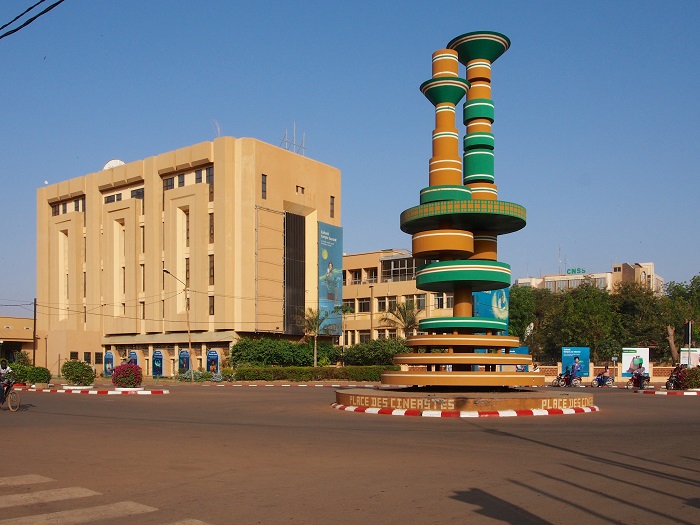 This very dynamic monument, that sometimes is referred to as a rocket ready to fly towards the victory of the African filmmakers, shall continue to be one of the most significant memorials for the African film industry which is still evolving and becomes better with the passing years. 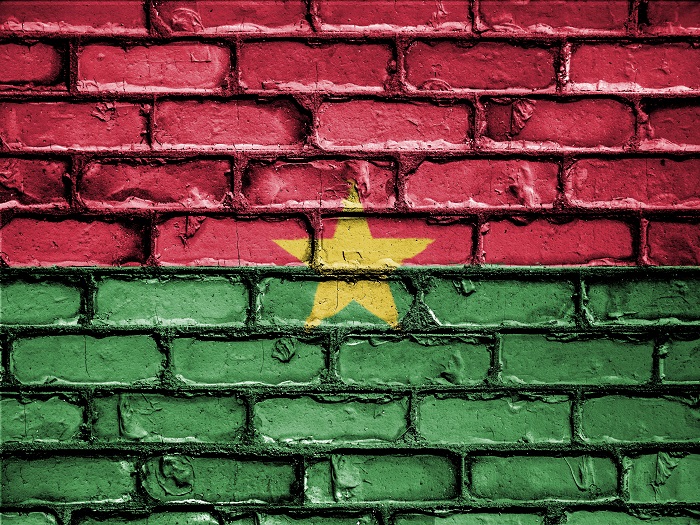