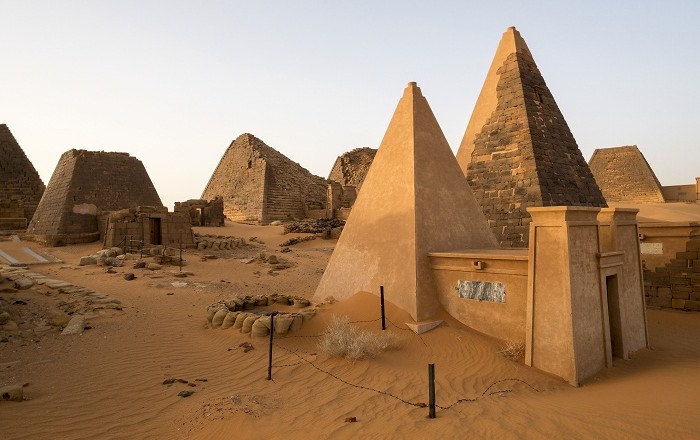 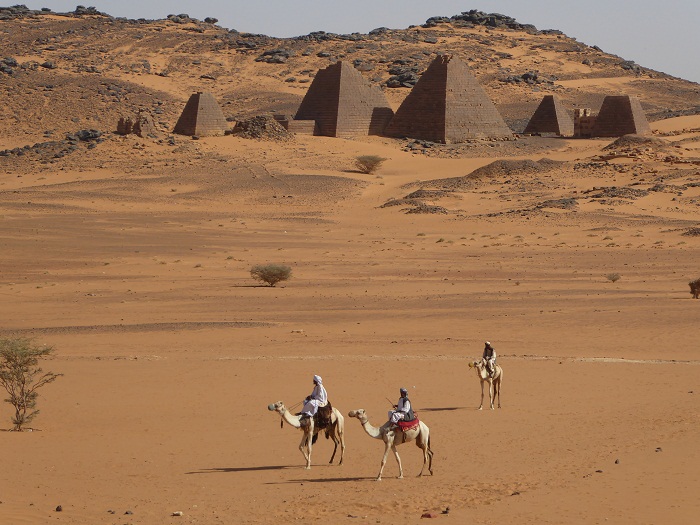 There are nearly 200 ancient pyramids, many of them tombs of the kings and queens of the Kingdom of Kush which ruled the area for more than 900 years. The same Kingdom was a major power in the ancient world between 8th century BC and 4th century AD, where Meroë became the principal residence of the rulers. 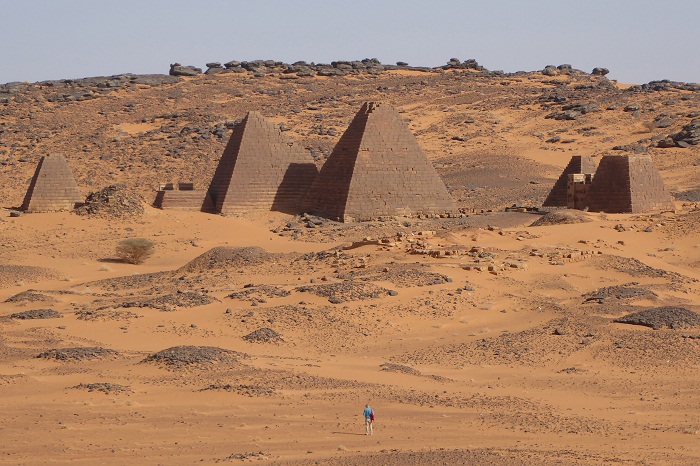 The Meroë pyramids, smaller than their Egyptian cousins, are considered Nubian pyramids, with narrow bases and steep angles on the sides, built between 2,700 and 2,300 years ago, with decorative elements from the cultures of Pharaonic Egypt, Greece, and Rome. 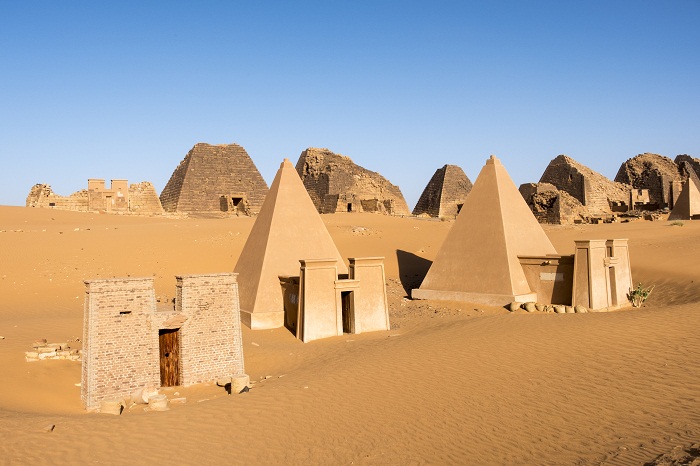 The entrances of the pyramids are facing usually east, so that they will greet always the rising sun. In addition to the pyramids, there are also Musawwarat es-Sufra and Naqa, two associated settlements and religious centres. Set against reddish-brown hills and contrasting with the green bushes that cover them, they are the best preserved relics from the Kingdom of Kush. 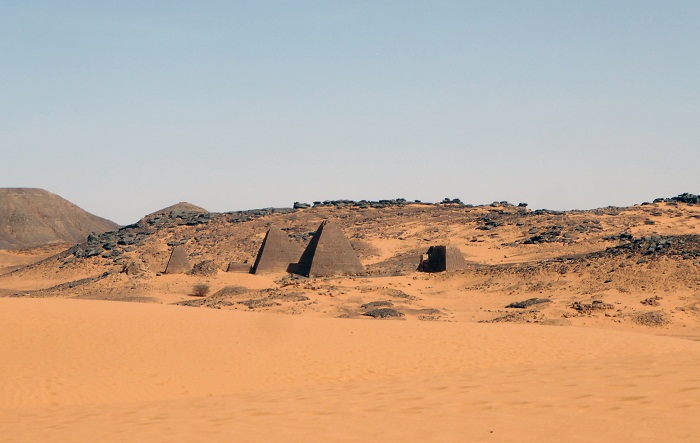 Nevertheless, the more recent history marks the malicious human nature, where this time the Italian explorer Giuseppe Ferlini in 1834 came and pillaged the site, together with other overeager archaeologists throughout the 19th century tore off the golden tips of some pyramids and reduced some of them to rubble. 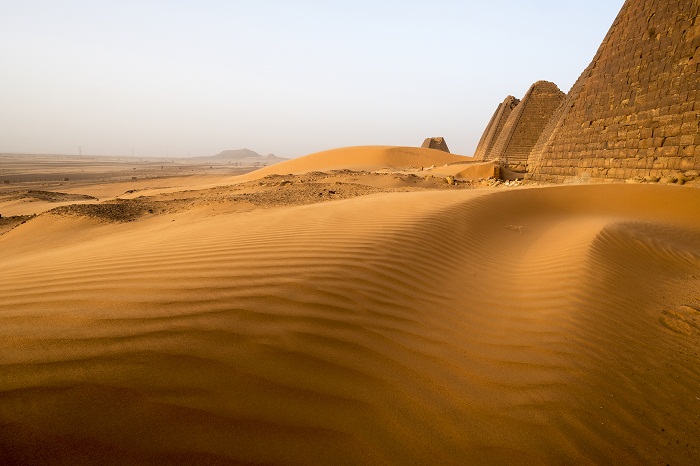 These architectural structures, the applied iconography and evidence of production and trade, including ceramics and iron-works, testify to the wealth and power of the Kingdom of Kush. 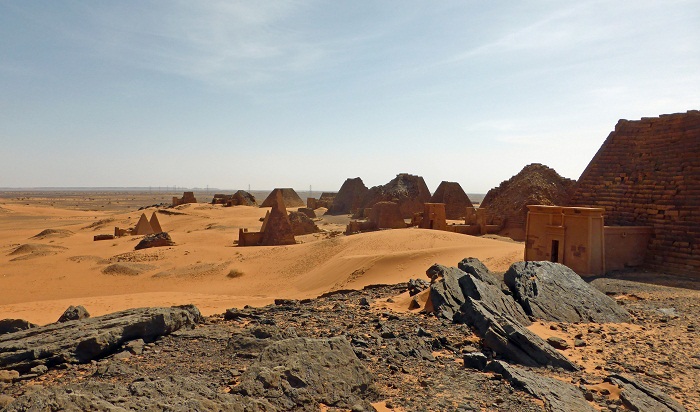 In addition, the water reservoirs are giving the archaeologists the image how the palaeoclimate and hydrological regime in the area has been in the centuries of the reign of the Kushite State. 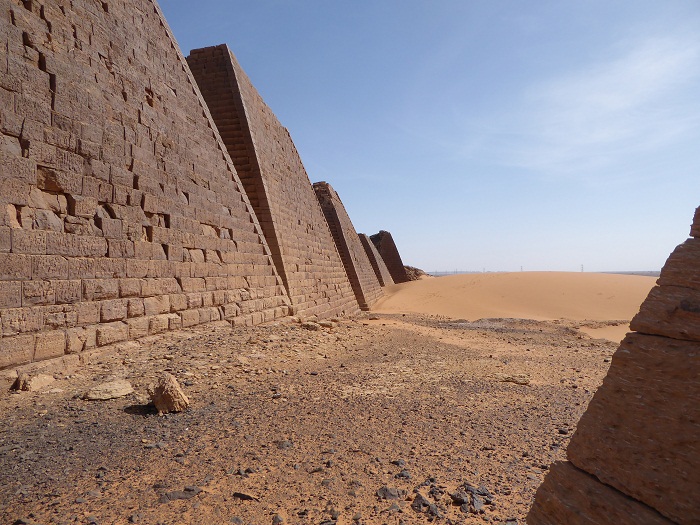 Though the pyramids are one of the main attractions for Sudan’s tourists, the local tourism industry has been devastated by a series of economic sanctions imposed by various Western nations throughout the course of the country’s civil war and the conflict in Darfur. 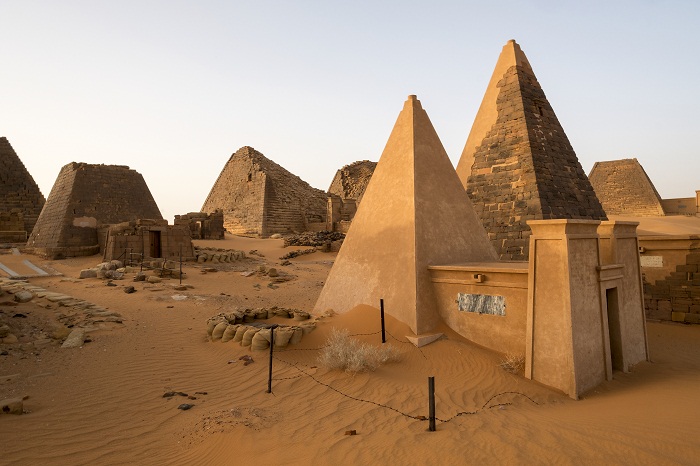 Since 1989 the Government of the President Omar Al-Bashir, that came to power following a bloodless coup, is still struggling to care for its antiquities, and whether they will be preserved for the future generations is still unknown. 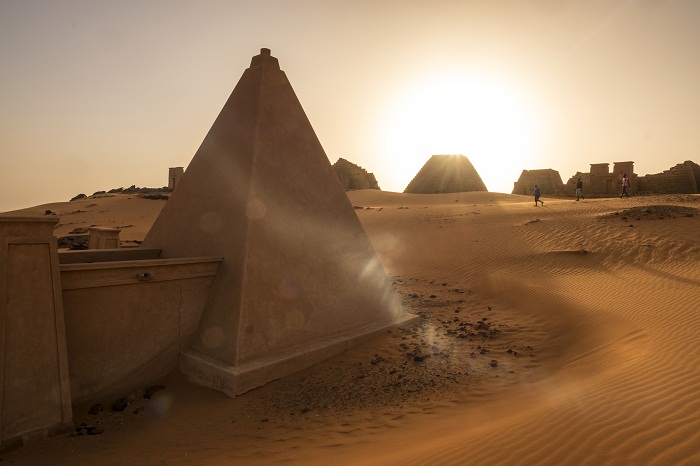 Still there is a hope on the horizon, with UNESCO which inscribed the site on the World Heritage Sites in 2011 with hope that the situation in the country will get better and the Island of Meroë will be visited once again by many tourists. 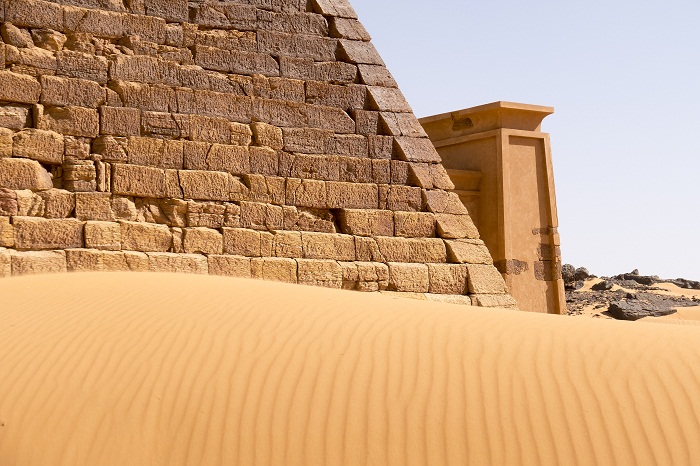