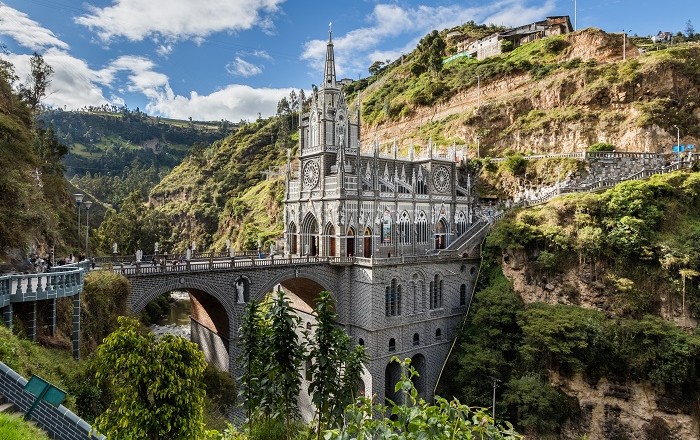 Las Lajas Sanctuary is an unusual Roman Catholic cathedral and basilica church, located inside the canyon of the Guáitara River, in the municipality of Ipailes, Colombia. 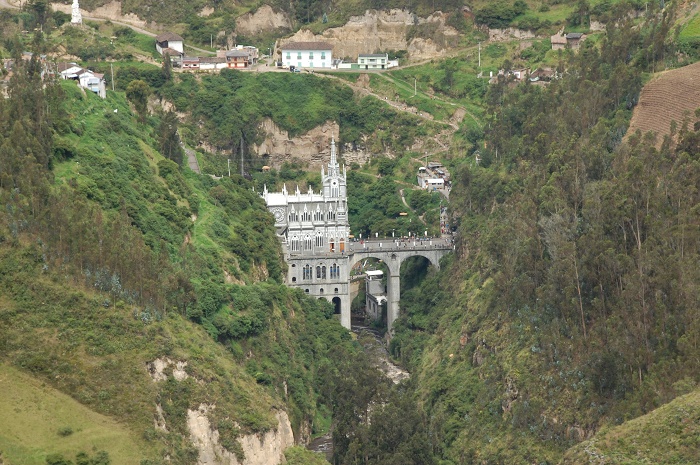 As one of the most outstanding architectural monuments in the world, close to the border with Ecuador, it stands at 100 meters (330 feet) high above the canyon, where a bridge has been built that connects the church with the other side of the ravine. 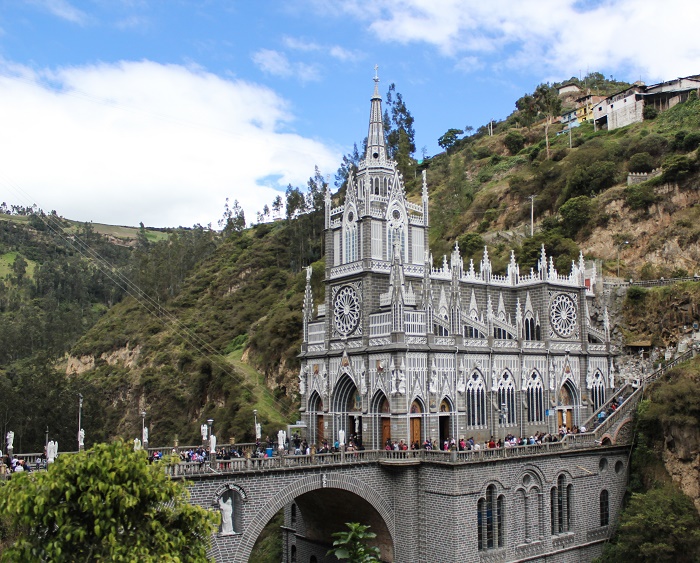 Work began in 1916, starting it in a Gothic Revival style, finishing the masterpiece in 1949, which is coned as the most beautiful church in Colombia. The legend begins in 1754 when Amerindian woman with her deaf-mute daughter were caught in a brutal storm, from which they hide in the gorge and the women felt a force calling to them. 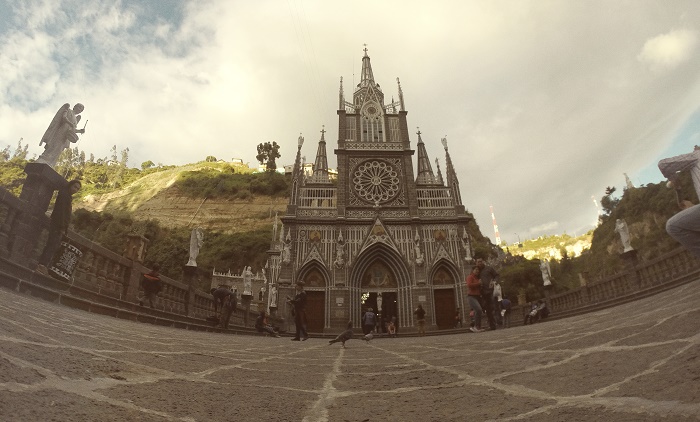 Looking up and seeing the image of the Virgin Mary on the rocks above, the daughter miraculously started speaking and hearing. Shortly after, a blind man has started gathering donations from village to village to build a chapel around the image. 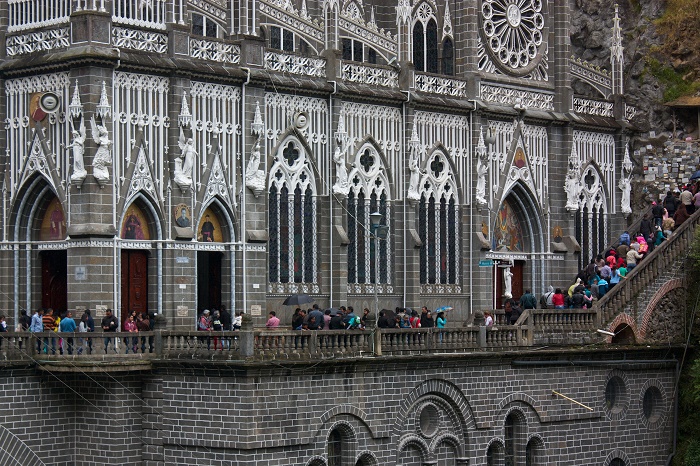 After ten years of collecting, he managed to arrive at Las Lajas, and was able to see once again. As promised with the donations he built a chapel, and until today the image of the Virgin Mary can be seen in the stone. Whether one truly believes in a miracles like these, it does not matter that much since people can enjoy in the view of this fascinatingly alluring basilica. 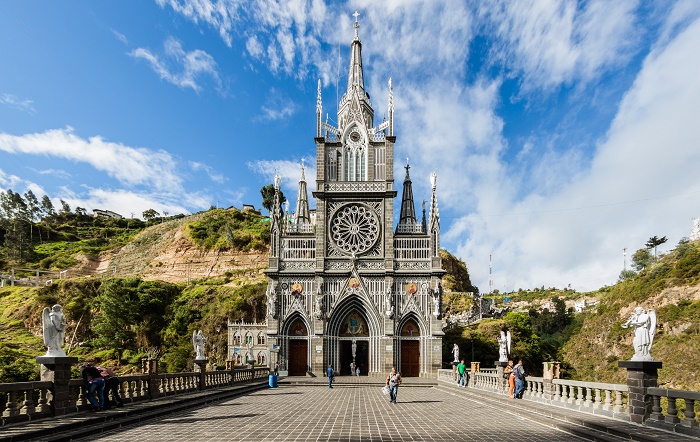 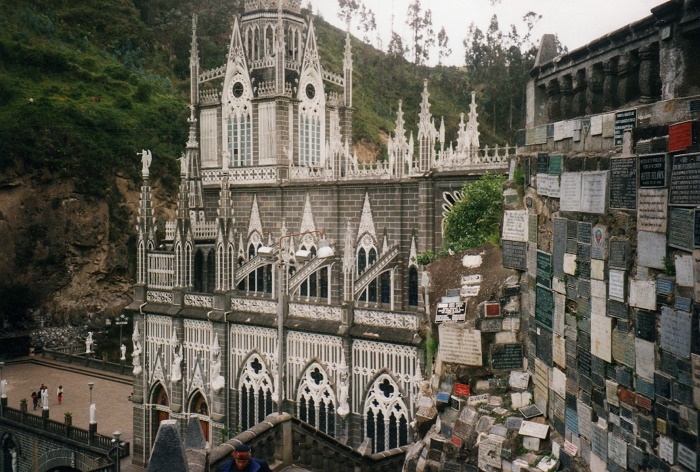 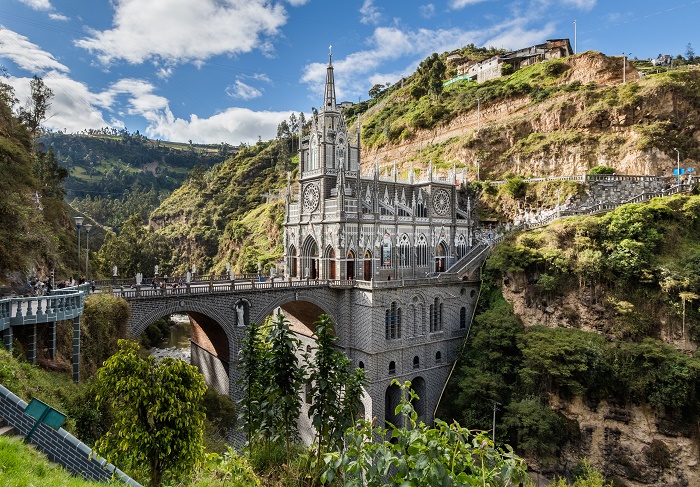 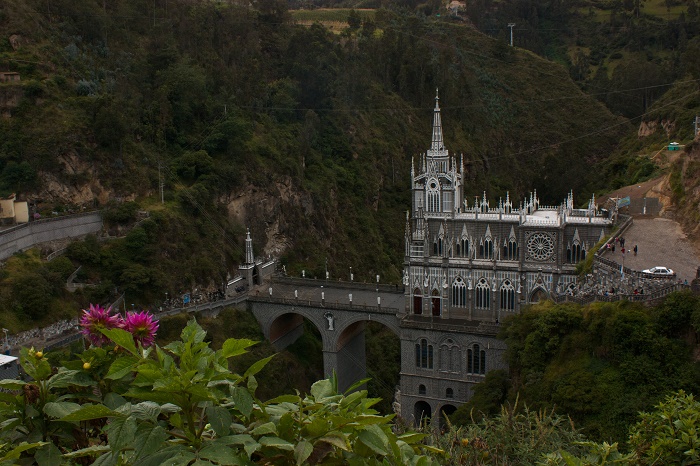