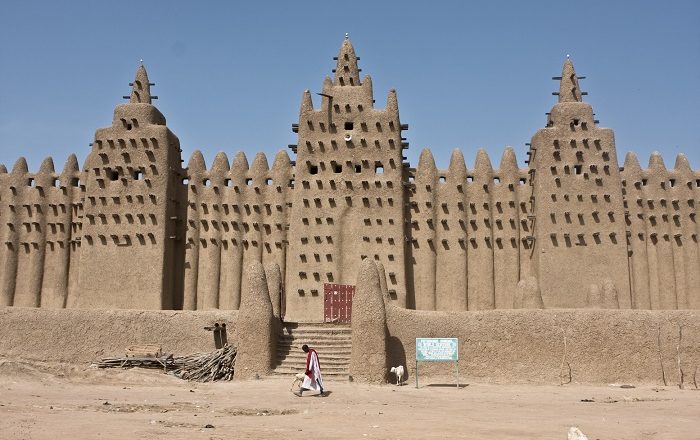 The Great Mosque of Djenné is a very large mosque that is considered to be one of the greatest achievements of the Sudano-Sahelian architectural style, located in the city of Djenné, within the Republic of Mali. Being known as one of the most striking wonders of Africa, this amazing mosque dates back from 13 century, however, the mosque which we are able to see today was built in 1907. 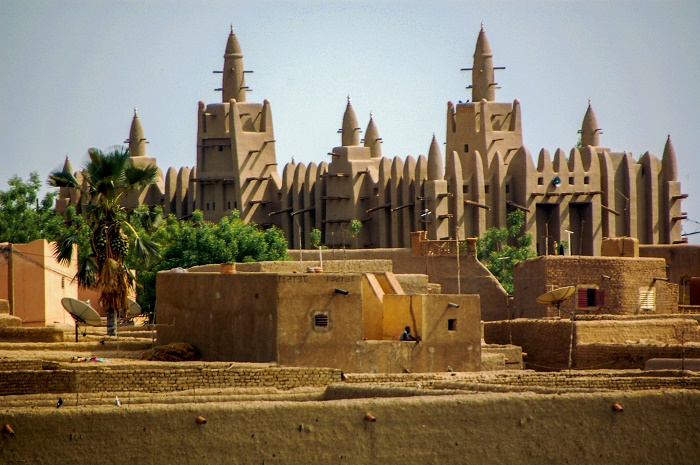 The structure was constructed with sun-baked earth bricks, which are locally known as ferey, in addition to the sand and earth based mortar, with the final touch of plaster which coats the entire structure, giving its smooth and greatly sculpted look. 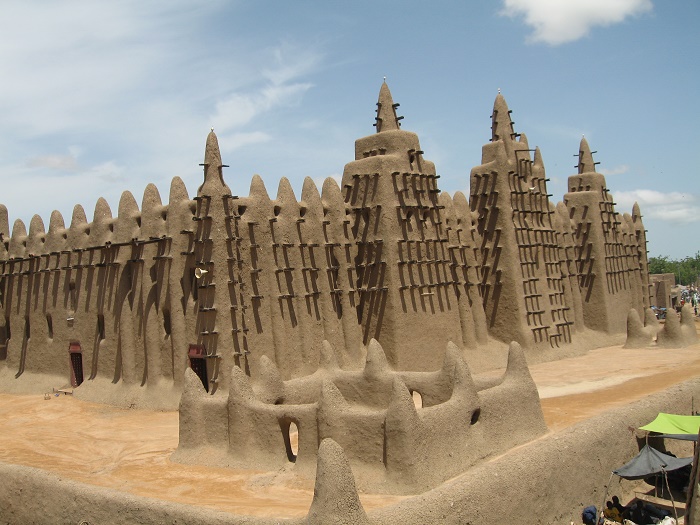 The entire structure is built on a platform that has a square shape and measures 75 meters by 75 meters (246 feet by 246 feet), raised some 3 meters (10 feet) above the level of the marketplace located next to it, since it is located on the flood plain of the Bani River. 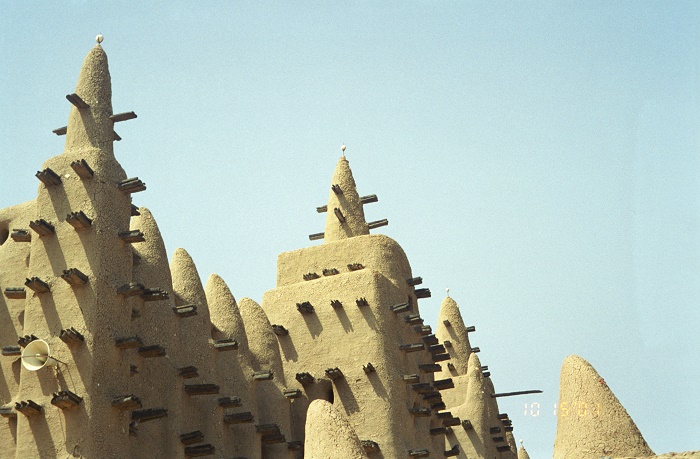 The responsible architect for the design is Ismaila Traoré, who with the help of the French administration that ruled the country at that time, successfully rebuilt this impressive religious building. It is not that clear whether the mosque follows exactly the previous one, however, from some photos it appears that the position of at least some of the outer walls follows the original structure. 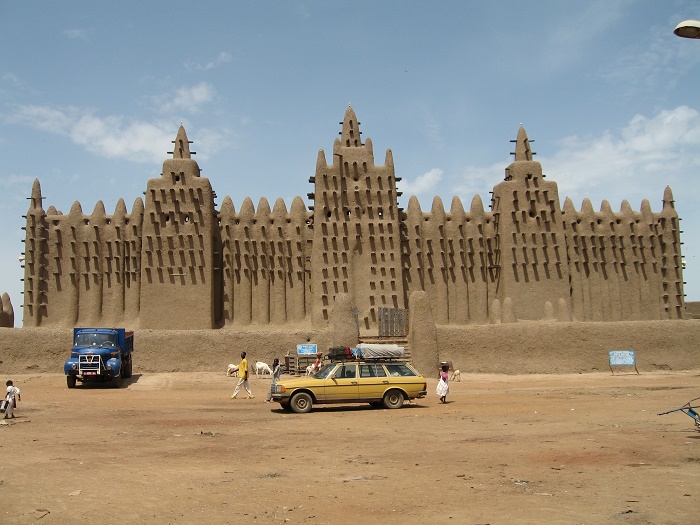 The main entrance is located to the northern side of the building, and with the three minarets that are reaching towards the sky, there are series of engaged columns which create an interesting rhythmic effect. Of course, there are plenty of timber beams gashing out the exterior in order to create structural and decorative symbiosis, which in addition, also serve as scaffolding for annual repairs and re-plastering during the annual festival Crepissage. 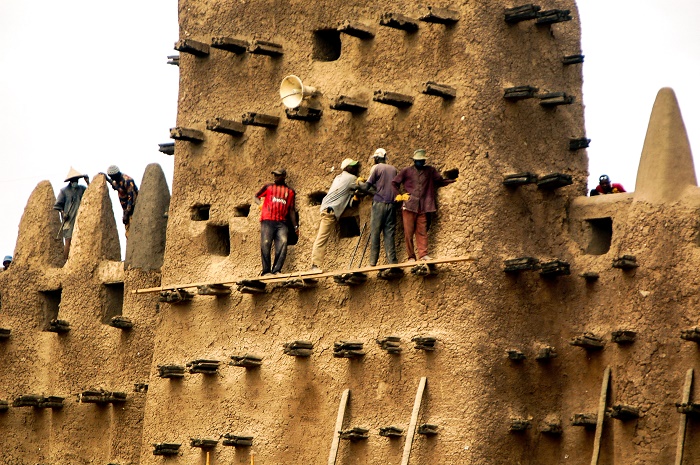 The interior is enriched with the large prayer hall which occupies the bigger part of the eastern side of the mosque, and together with the interior courtyard which is adjoined to the west of the prayer hall is the part where the women can go in say their prayers. 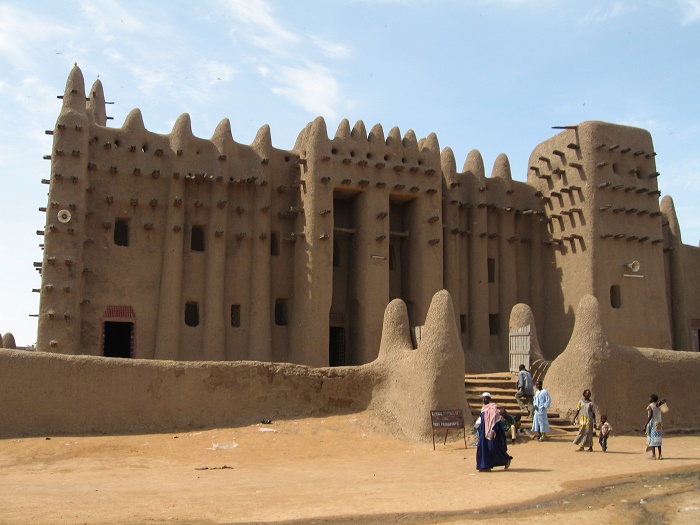 As the entire local community of Djenné takes an active role in the maintenance of this majestic masterpiece, even UNESCO has put not just the mosque, but the entire city of Djenné on the UNESCO World Heritage List since 1988, making it more attractive to the architectural enthusiasts who would like to see in person something unique, yet a bit common throughout West Africa. 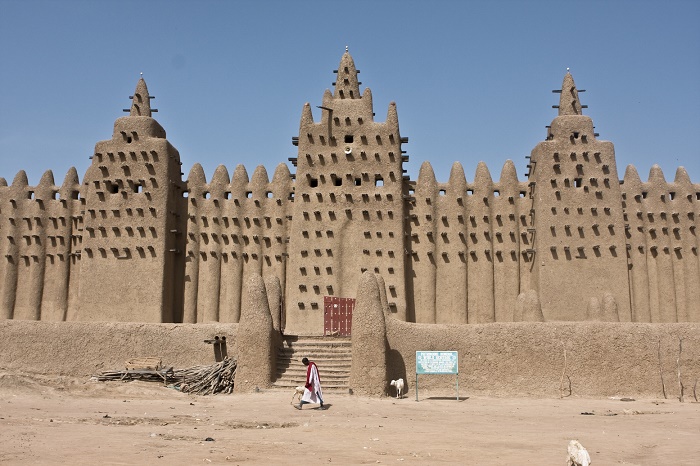 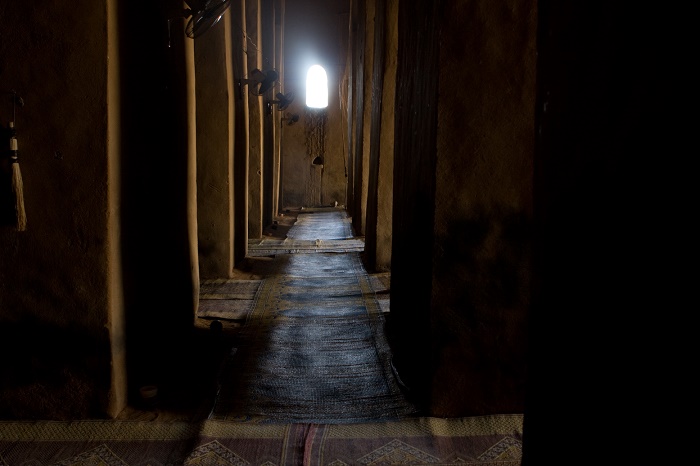 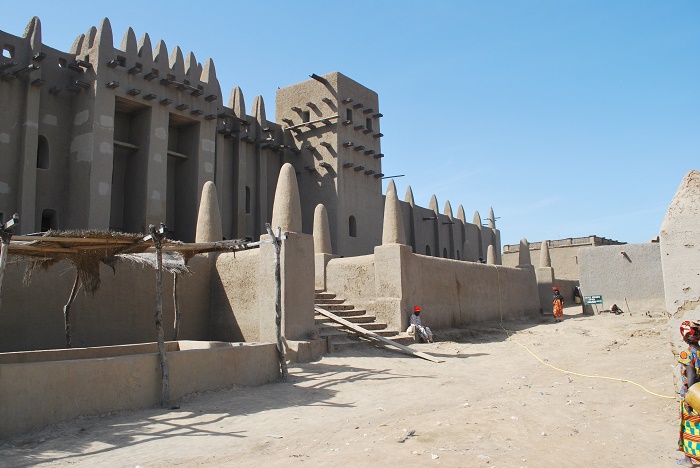 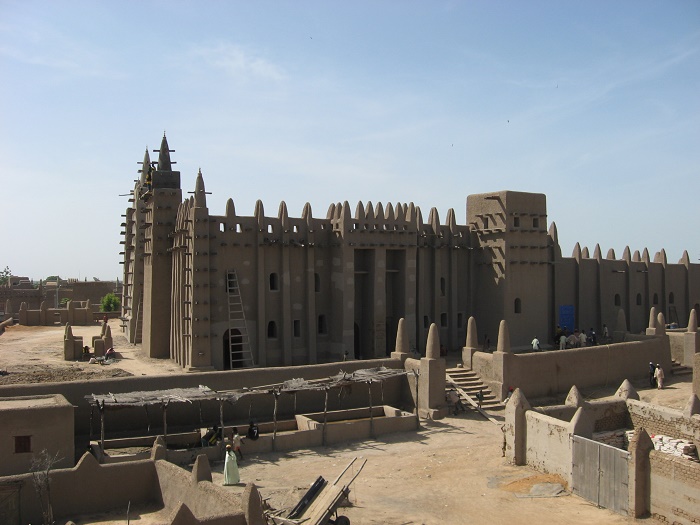