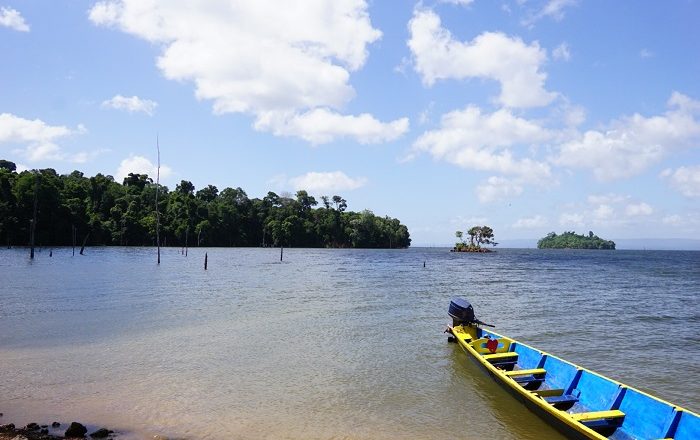 The Brokopondo Reservoir, officially known as Professor Doctor Ingenieur W. J. van Blommestein Meer, as well as Brokopondostuwmeer, is a large inland artificial reservoir that is located in the northeastern part of the Republic of Suriname. 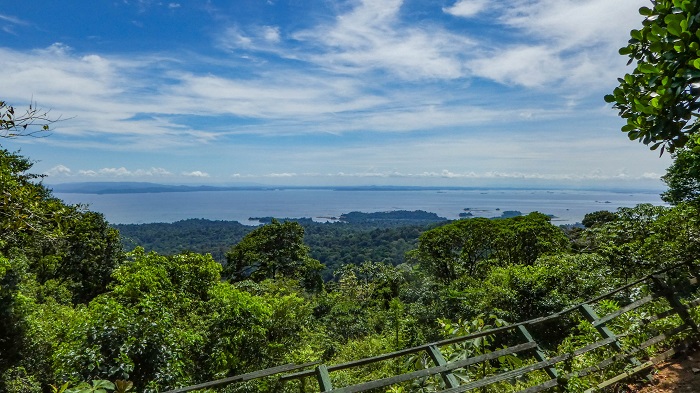 Created by the embankment Afobaka Dam that holds the Suriname River, the Brokopondo Reservoir covers a surface area of about 1,560 sq km (4,700 sq mi) with a water volume of astonishing 20 billion cubic meters. 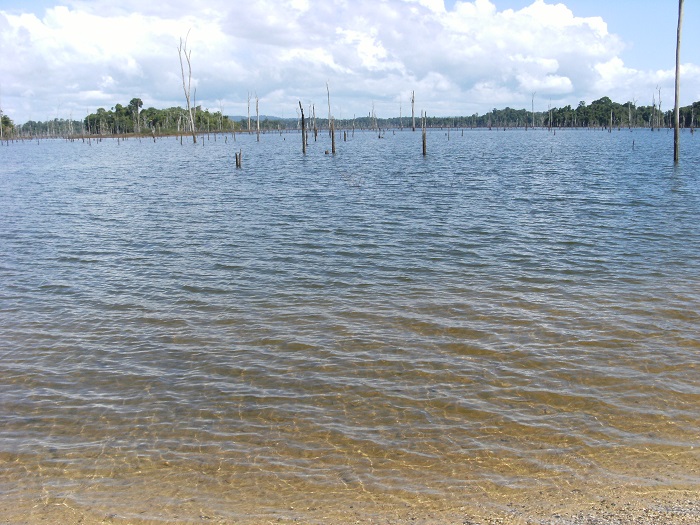 Named after the Indonesian-born Dutch hydro-logical engineer Willem Johan van Blommestein, the reservoir was created between 1961 and 1964 when the Afobaka Dam was completed, however, it did not reach its optimal water level until 1971. Being the largest body of water in Suriname where once a forested valley was located, it takes nowadays something like 1% of the country, which makes it impossible to avoid whenever in the area. 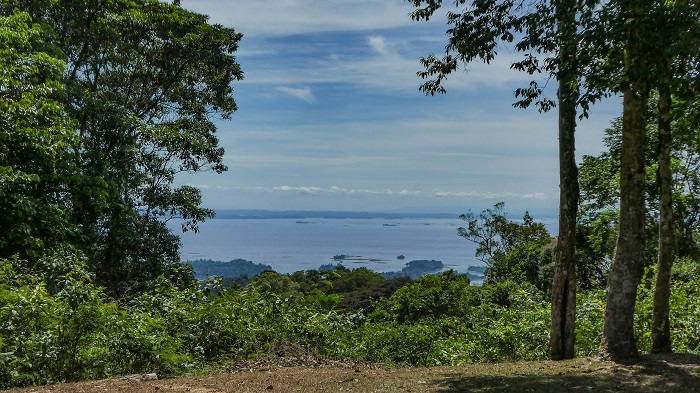 Because of the flooded area that once was rich in tropical forest, there is an eerie sight of ghostly, dead trees which are rising from the depths of the reservoir shores today. Still, with the great area the reservoir covers, during its construction villages had to be abandoned, and it is estimated that around 5,000 locals have been displaced for the Brokopondo construction. 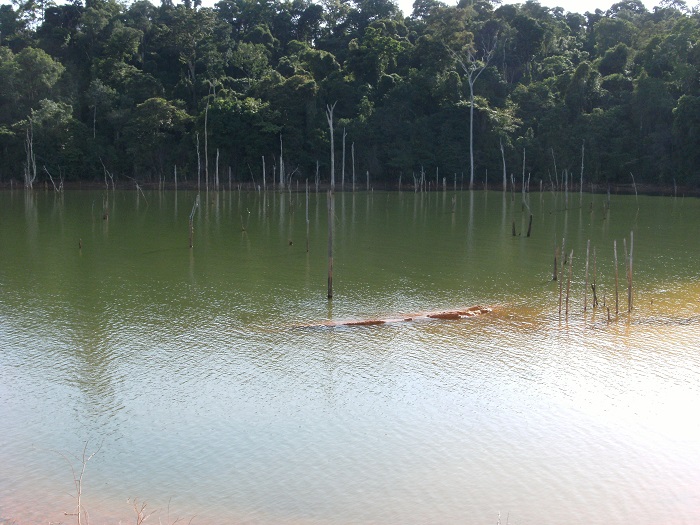 Nevertheless, the ever growing need of electricity was pushing the government to find a way to make the much needed “juice” for powering the plants that were processing bauxite into alumina, which later was transformed into much purer aluminum metal. 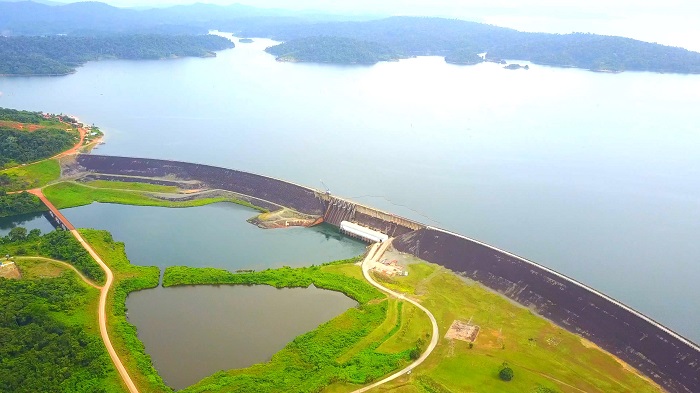 Despite the criticism, especially by the World Bank in their “Good Dams, Bad Dams” report, the Brokopondo Reservoir brought much needed development to Suriname’s inland areas, where it also pushed back the saltwater boundary of the Suriname River. 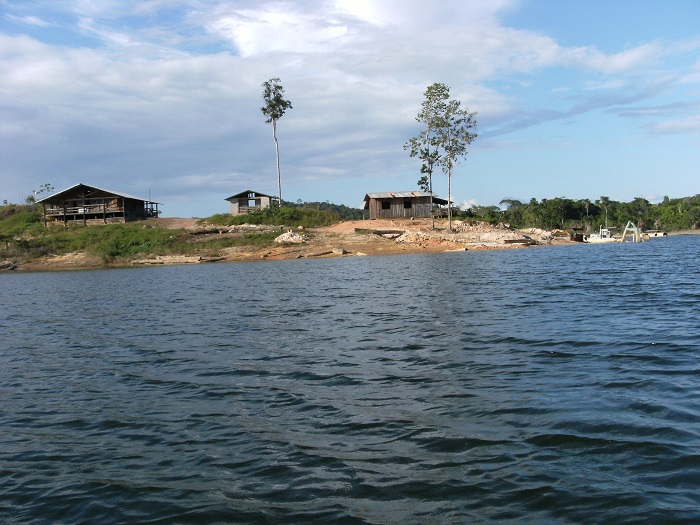 Here, it made it easier for the locals to use the water for irrigation when there were times of drought, as well as high increase in tourism, especially from visitors who wanted to see the inland part of the smallest country in mainland South America.

All in all, as much as the reservoir was hated, it brought a bit of economic improvement to the locals, even though it kinda endangered their lives and customs, and expanded the habitat to the infamous piranhas and anacondas. 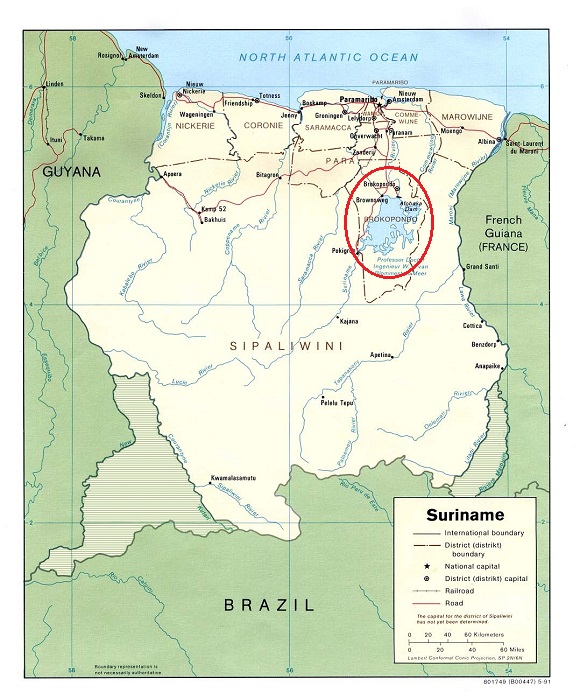 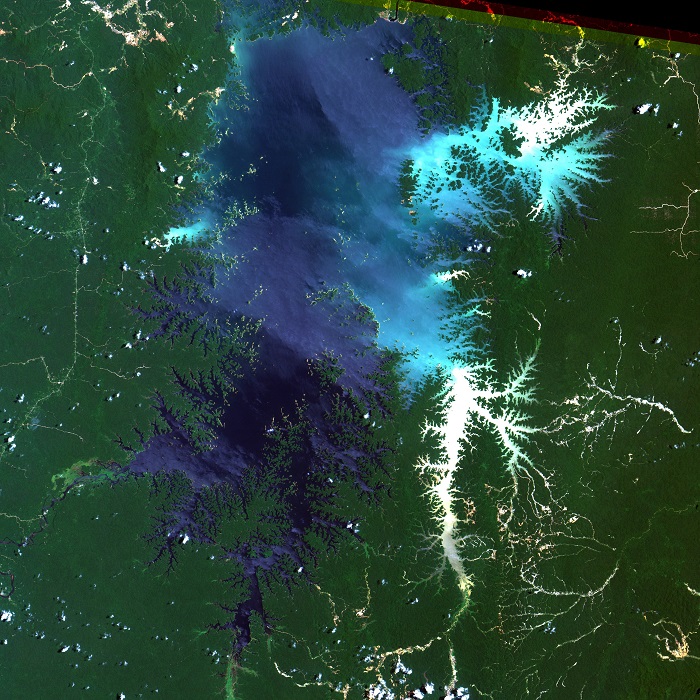 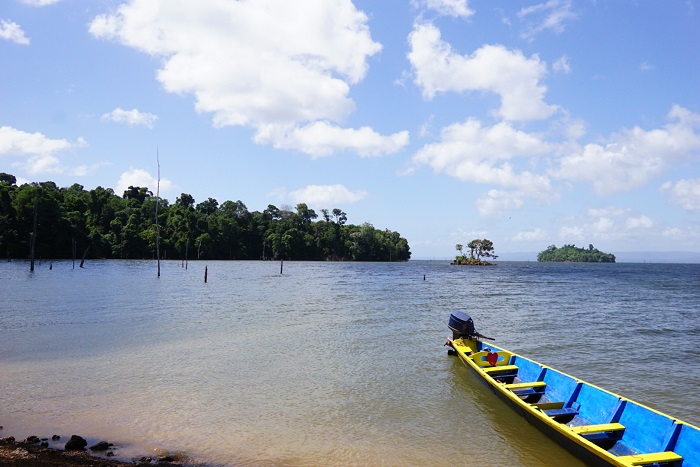