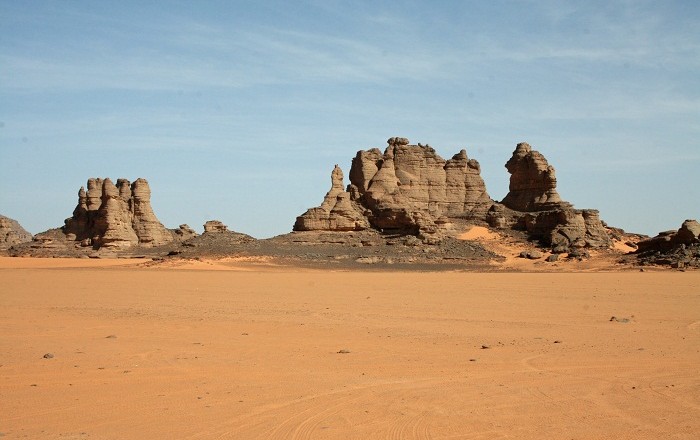 Tadrart Acacus, or as it is also known as Acacus Mountains, is a mountain range which is part of the Sahara Desert of the Ghat District in the western part of the State of Libya. As they stretch alongside the border with Algeria, about some 100 km (62 miles), they continue to the south in Algeria as Tadrart Rouge. 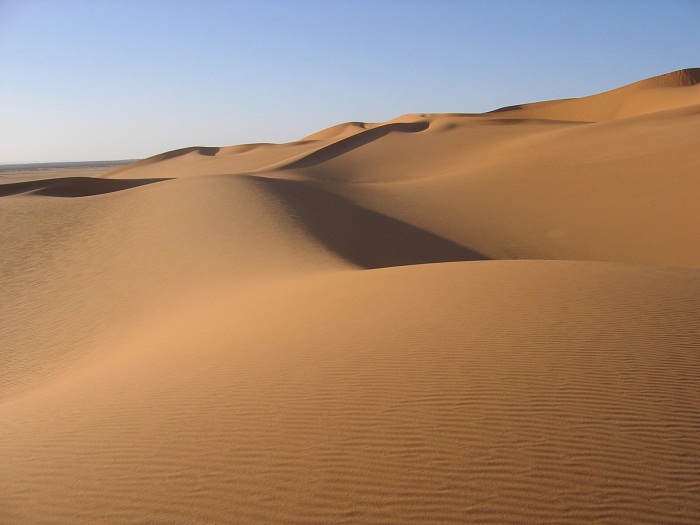 As Libya has different varieties of Saharan landscapes, compared to the other North African nations, these mountains are one of the most unique and impressive ones a person can see, due to the fact that they have the world’s greatest sand dunes of Murzuk (Murzuq) and Ubari Sand Sea, the black volcanic sands of Waw an-Namous and the desert lakes.

Altogether, throughout the years, the desert winds and flash floods have carved the mountains into bizarrely unique shapes, with innumerable natural arches spanning the foot of the mountains, the largest of which reaches an astonishing height of 150 meters (492 feet). Yet, UNESCO has put a great attention to the mountains because there are numerous pictographs that are found all over the mountains.

These pictographs can be found in every corner of the mountains, in the caves, the overhanging rocks, the canyons etc, and they depict animals, hunting scenes, and social gatherings. The exact date of their origin can not be easily traced, however, it can be roughly put into four different time periods. 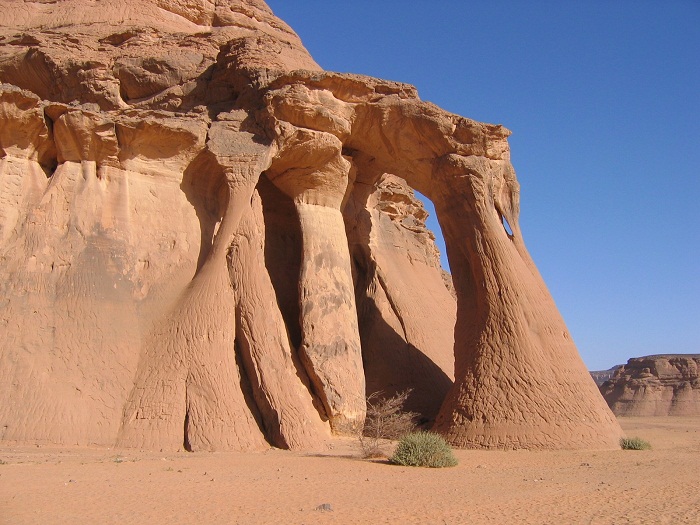 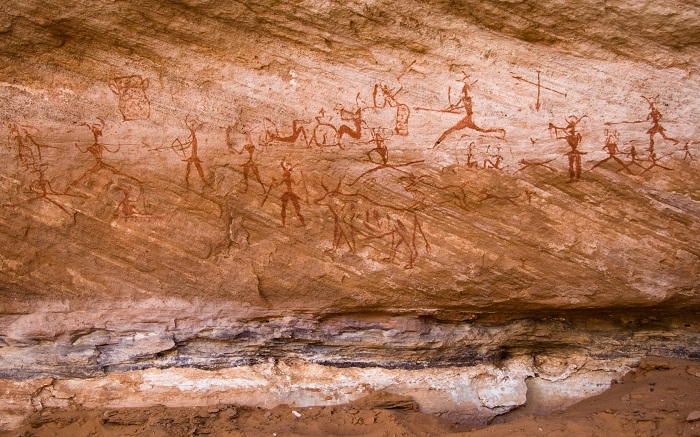 All these periods had some kind of impact to the population that lived in the area, making them to paint the cultural and natural changes that have occurred. Since it is one quite important site for the humanity, UNESCO has put it on the World Heritage List in 1985, but with the war happening in Libya, these pictographs slowly are being ruined. 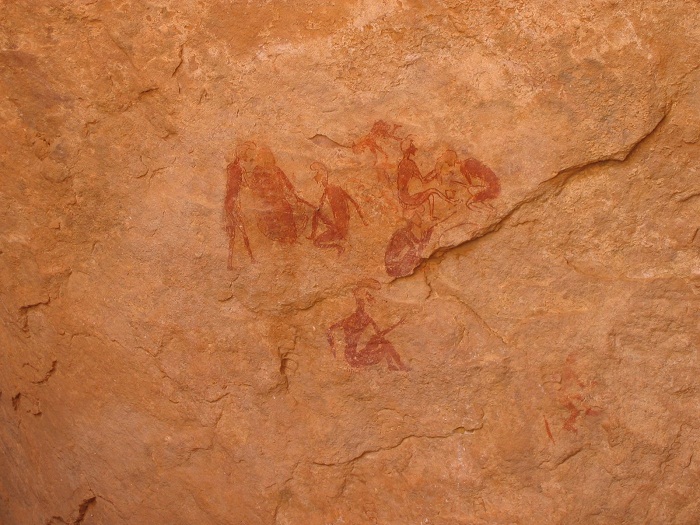 Since 2011, the vandalism increased where people thoughtlessly carved their names beside the ancient rock art and some reports are suggesting that there are people who deliberately use chemical products to remove the rock drawings. 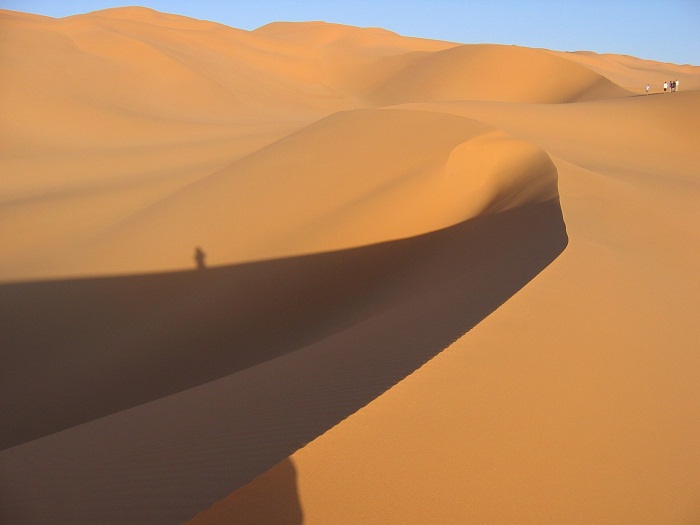 The last report has been in 2014 when the French special correspondent Jacques-Marie Bourget was informed that the UNESCO site was being destroyed with sledge hammers and scrub brushes. Nonetheless, will this piece of art will remain in the future or would people only have to admire the rock formations, we shall discover with hope in the near future. 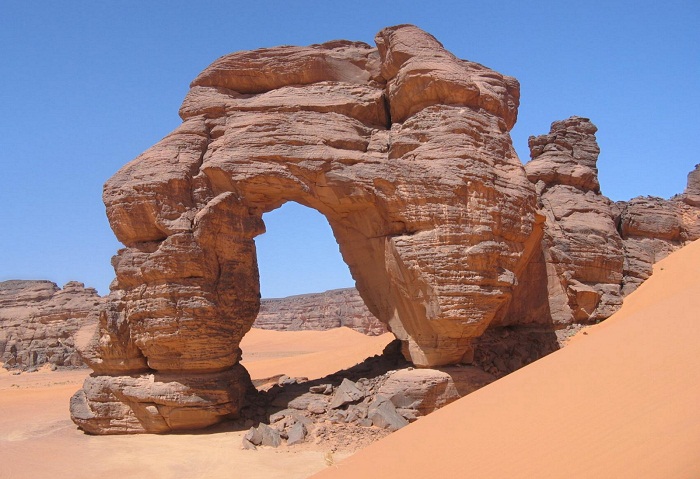 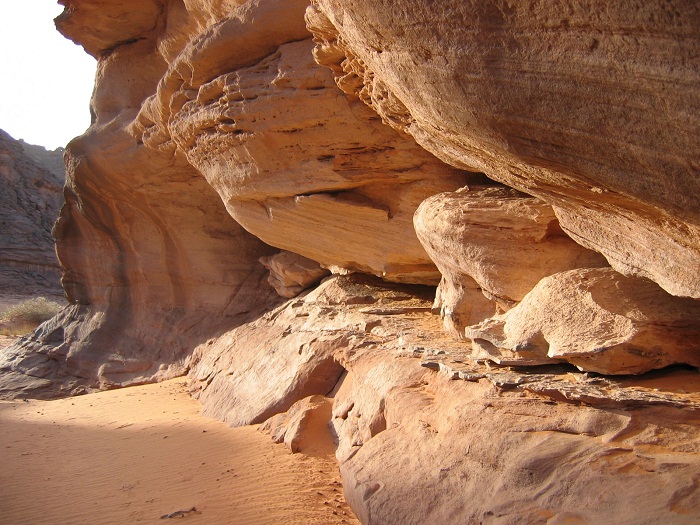 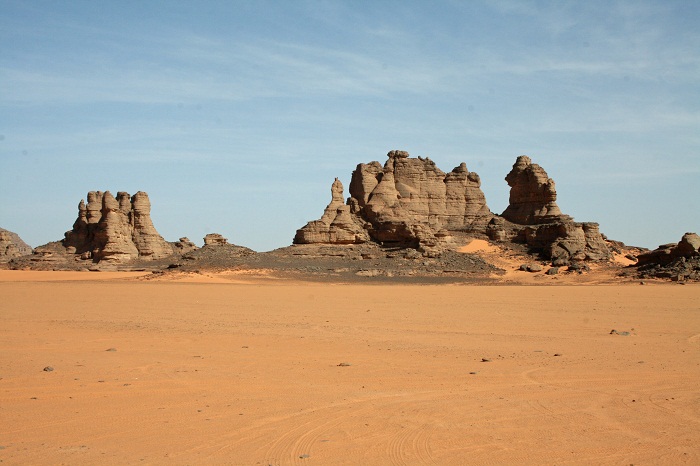 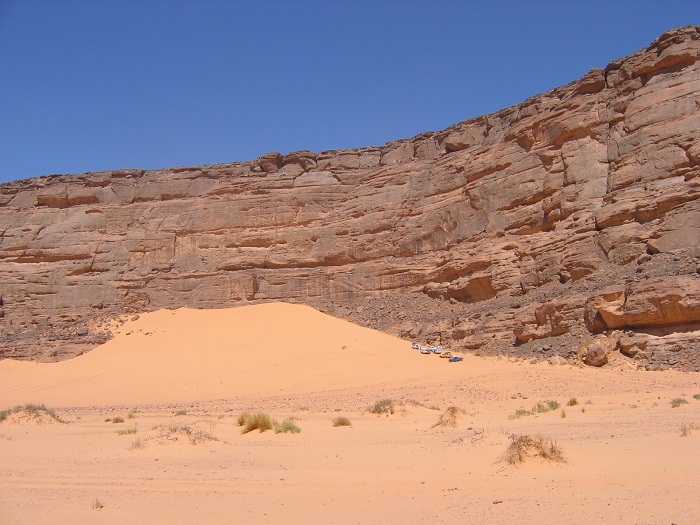