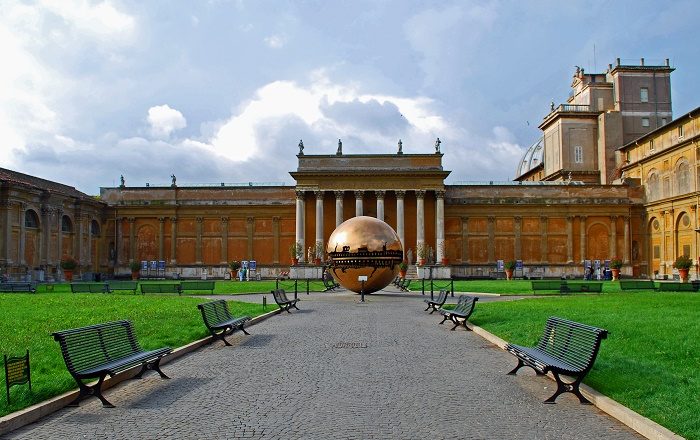 Sfera con Sfera, better known as the Sphere within a Sphere, is a bronze statue/sculpture which is part of series of sculptures created by Italian sculptor Arnaldo Pomodoro, located in the Courtyard of the Pinecone, at the Vatican Museum, within the city-state of Vatican City. 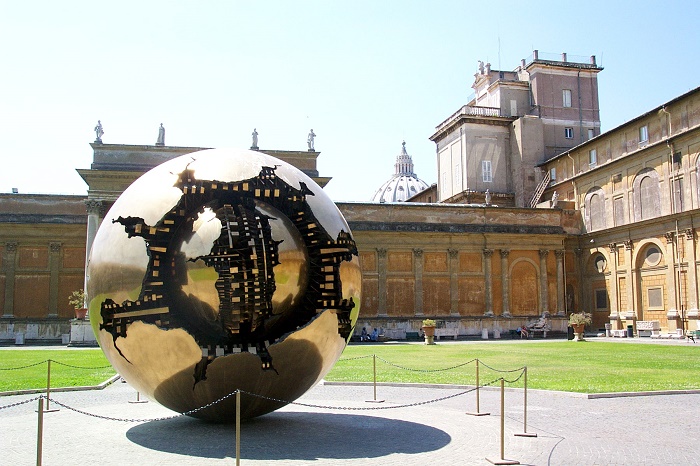 As Pomodoro originally created this original masterpiece for Vatican in 1960s, he later continued constructing these monumental orbs which nowadays can be seen in different parts of the world. Still, each impressive orb depicts a huge fractured orb, where inside can be seen another cracked orb. 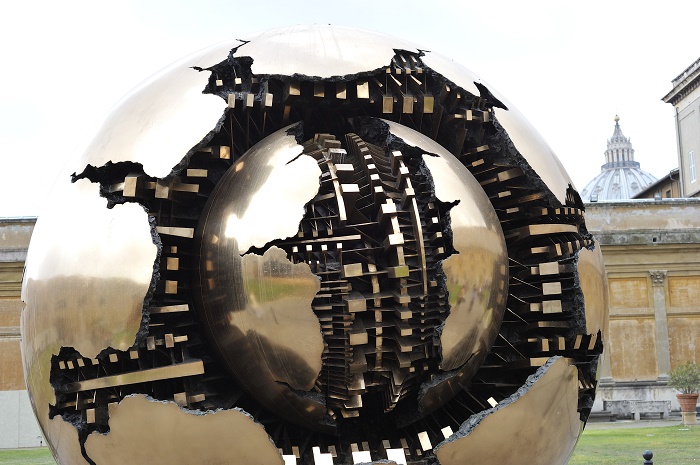 According to the author, the inner ball represents the Earth, whereas the outer ball represents Christianity, although there are different meanings according to other people. Respectively, the design of the internal layers seems to imitate the gears or cogwheels of a complex machine such as a clock, which in one way symbolizes the fragility and complexity of the world, while in another shows how the world can see deep within and find true peace. 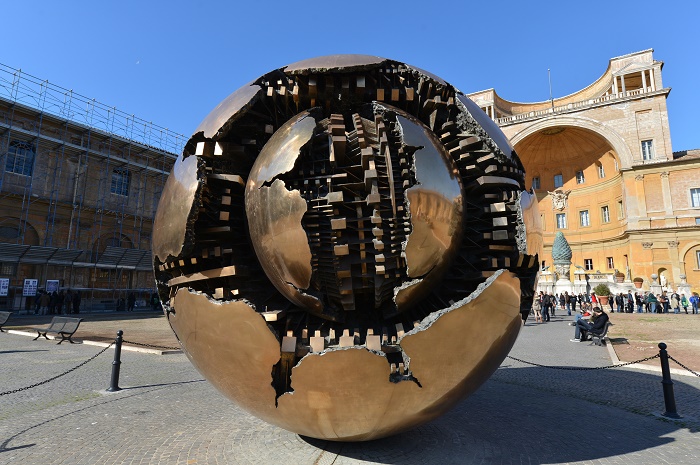 With 4 meters (13 feet) in diameter, it is the perfect shape, according to Arnaldo Pomodoro, which derives from the world of magic, wizards, whether it is of crystal or bronze, or full of water, reflecting everything around it, creating a contrast which sometimes can be invisible, leaving only its interior, tormented and corroded. 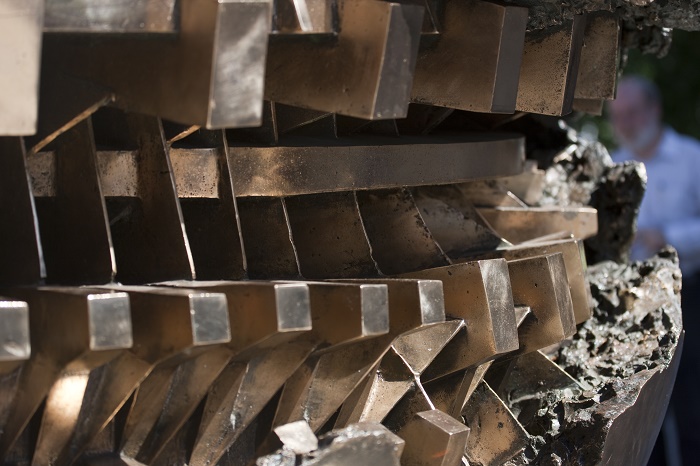 A true artistic presentation of how the world can be seen in one place, in the impressive collection of artistic masterpieces of the tiny nation of Vatican. 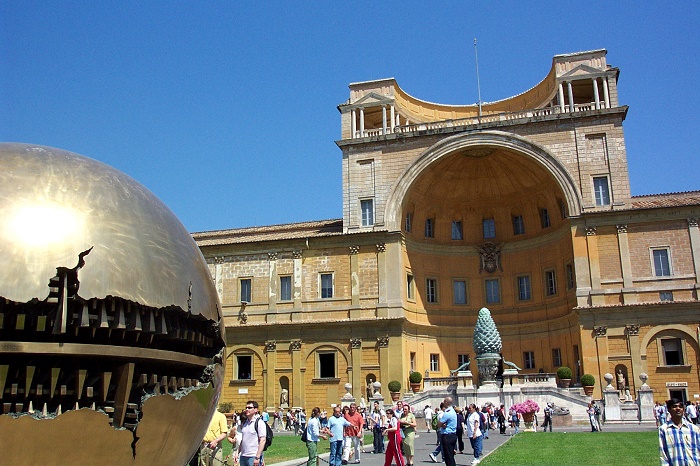 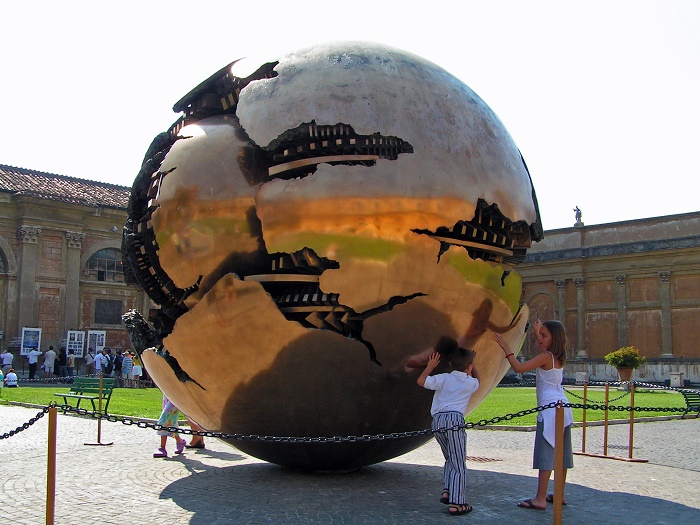 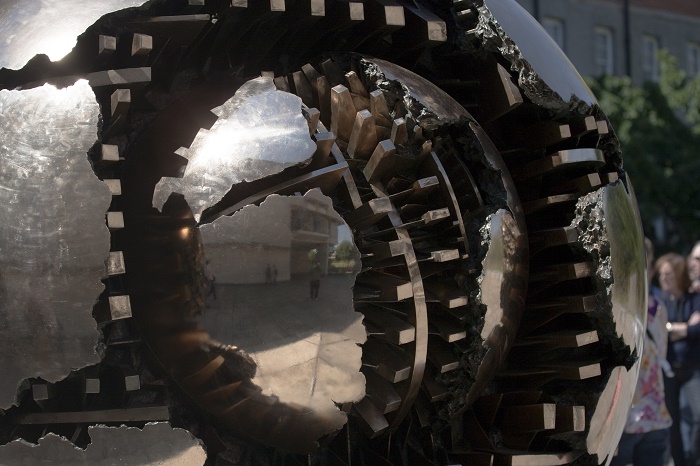