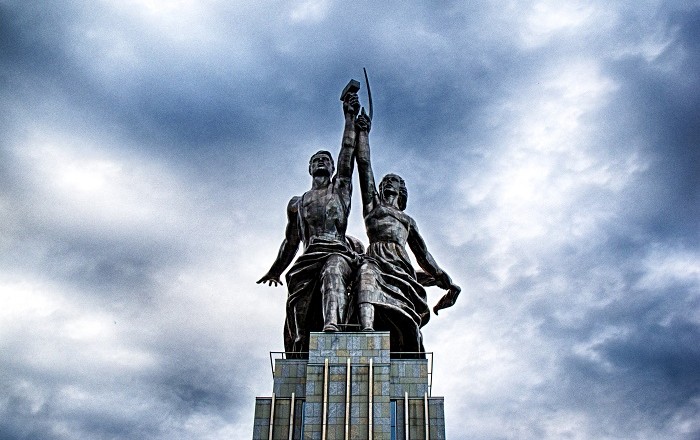 Worker and Kolkhoz Woman, also known as Rabochiy i Kolkhoznitsa, is a two-figures sculpture located on the capital city of the Russian Federation, Moscow. 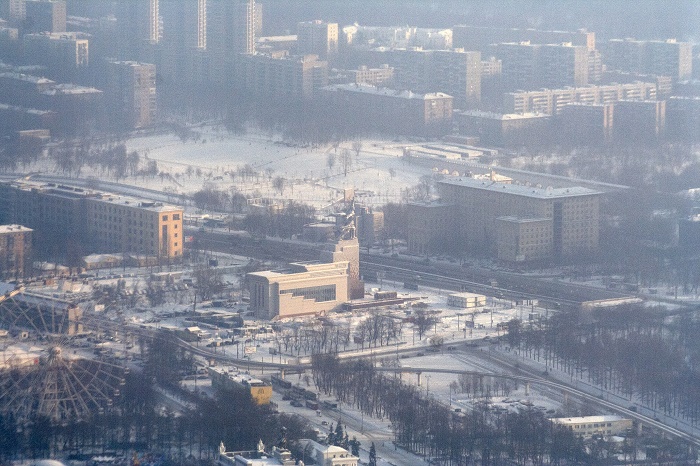 Built out of stainless steel, it features two people, a man and a woman, with hammer and respectively sickle raised over their heads. It was designed for the purpose of the 1937 World’s Fair in Paris, France, so that it would crown the Soviet pavilion, however, it was later moved in the capital. 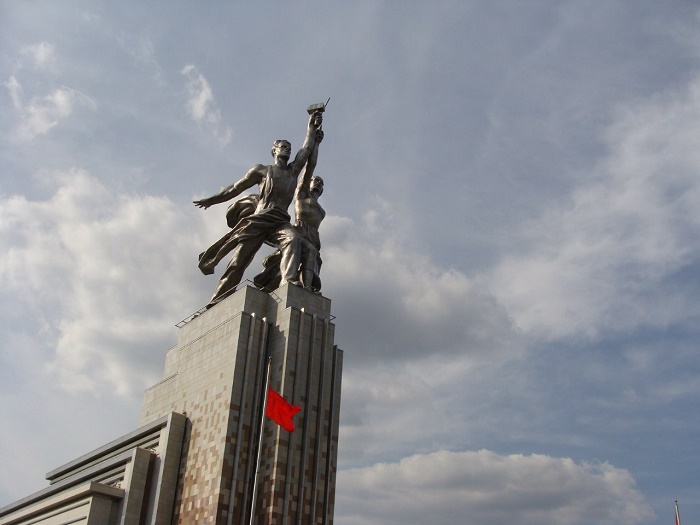 It was designed by the prominent Soviet sculptor Vera Mukhina, who got her inspiration from the French Arc de Triomphe, it is 24.5 meters (80 feet) high. When the World’s Fair in Paris finished, the enormous sculpture was placed on a 10 meters (33 feet) tall pedestal to meet the guests of the All-Russia Exhibition Center’s North Gate. 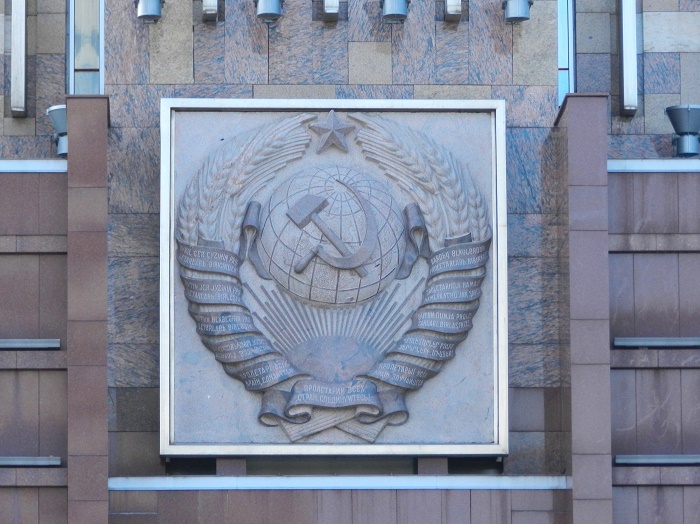 It stayed there 2003, when there was a plan to be restorated and returned in 2005. However, the plans for housing the World’s Fair was awarded to Shanghai, the plan was changed due to financial problems. The sculpture was disassembled, restorated and then returned in 2009, but this time it got its place which it really deserves. 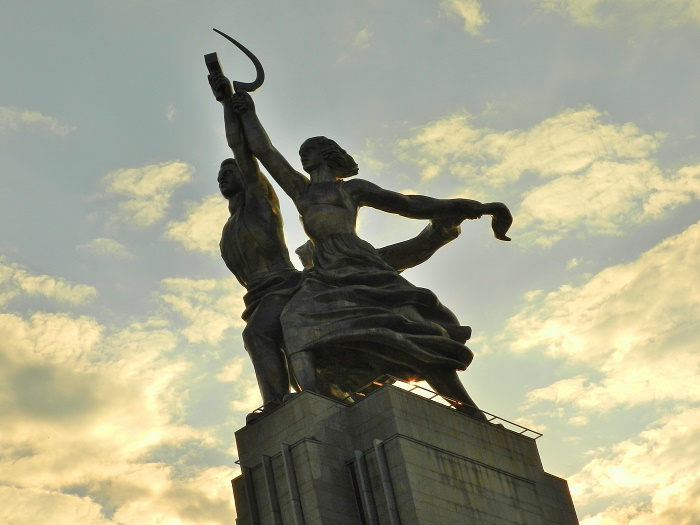 It was placed on a new pavilion that serves as a pedestal which height is increased to 60 meters (197 feet), compared to the one previously. Still giving the breathtaking mirage it had in the past, it was used in media as a symbol for some societies. 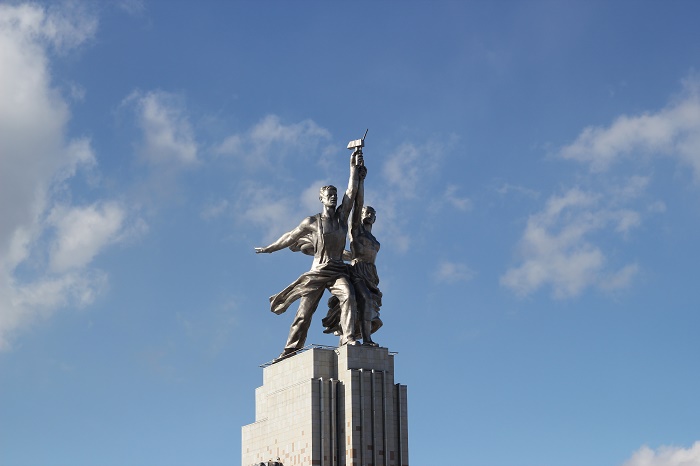 For instance the 2014 Winter Olympics symbolizing the post-World War II Soviet society, as well as in the Harry Potter franchise, in the 7th movie, the Deathly Hallows Part 1. A historic masterpiece by Mukhina, that shall persist the time and will continue to “speak” about a time when people were under different rule. 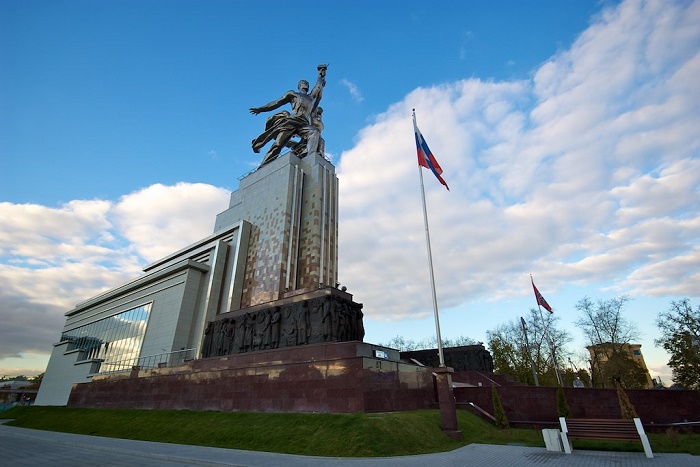 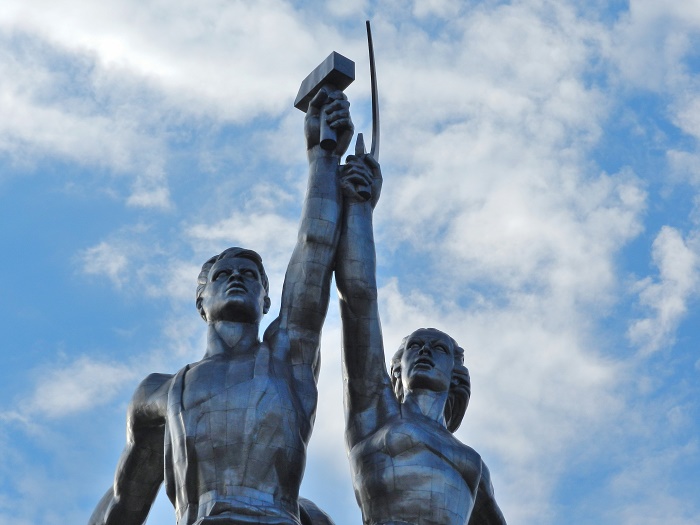 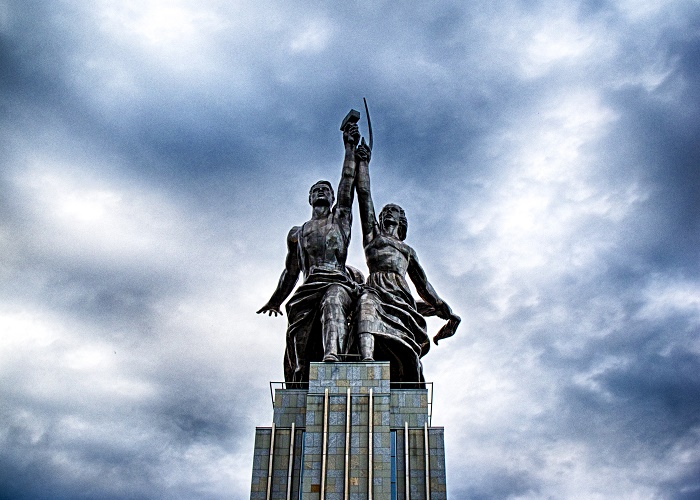 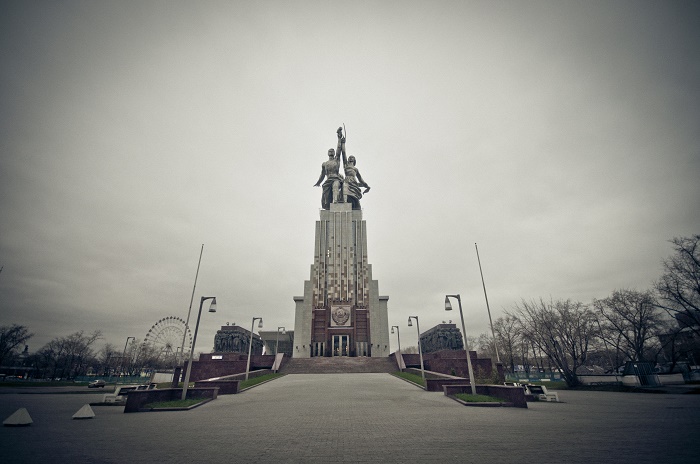