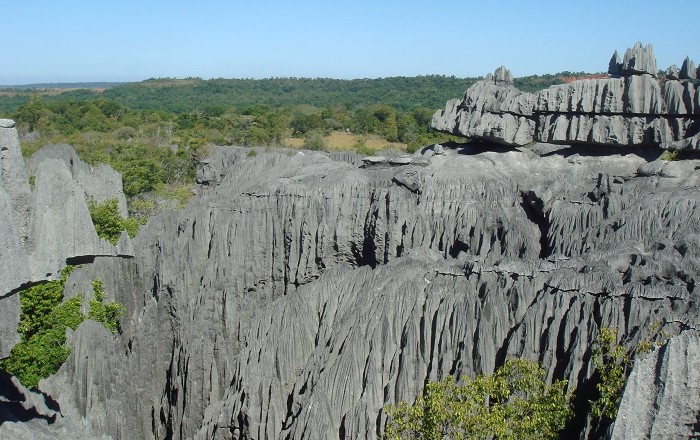 Tsingy de Bemaraha Strict Nature Reserve is a nature reserve which has a unique geography, preserved mangrove forests, and wild bird and lemur populations. The reserve is located in the Western part of the island nation of Madagascar. The Reserve offers a wide variety of geo-morphological structures. 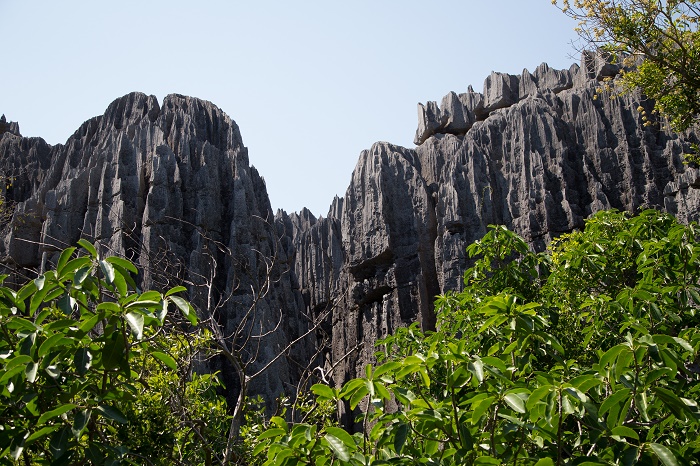 It is a veritable cathedral of limestone and offers one of the most spectacular natural landscapes of the Grand Island and even of the world. The western part of the plateau presents a very dissected or ‘lapiezée’ relief, most of which is covered by a dense, dry and deciduous forest. In its eastern part, the forest is interspersed by savannas. 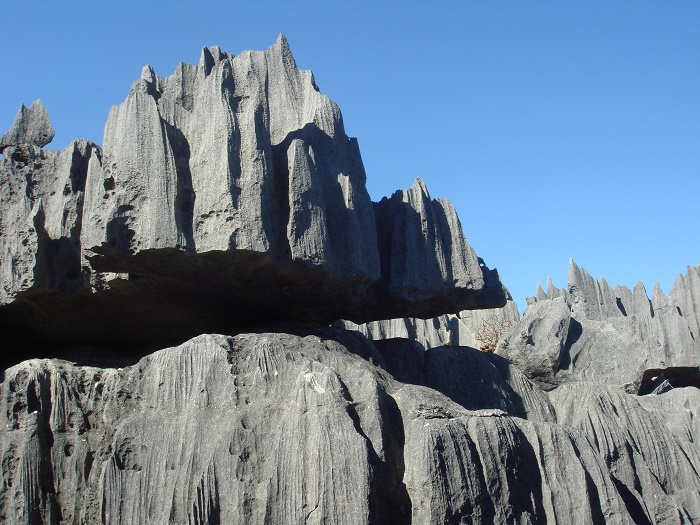 The whole area is characterised by needle-shaped limestone formations, above cliffs over the Manambolo river, which are difficult to go through because of their sharpness which can cut through equipment and flesh very easy. The Tsingy de Bemaraha Strict Nature Reserve area was first established as a strict nature reserve on 31 December 1927. 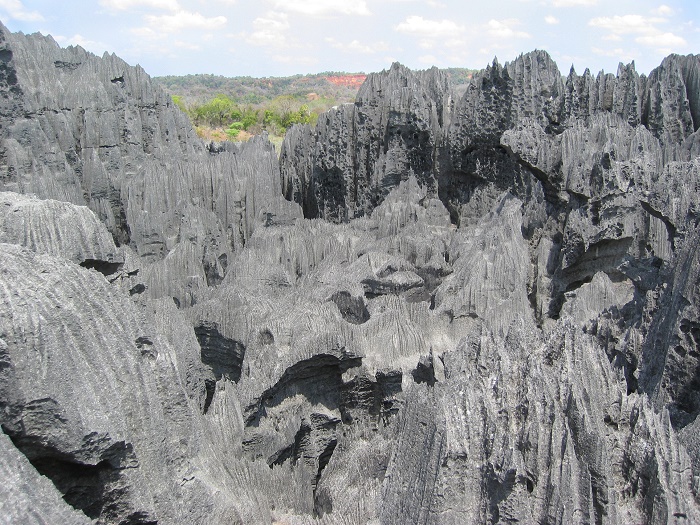 Both seasonal and permanent rivers flow on the plateau (draining to the west), and numerous permanent springs arise at the base of the Tsingy on both sides. The Tsingy is an important water catchment for surrounding lands, particularly those to the west. 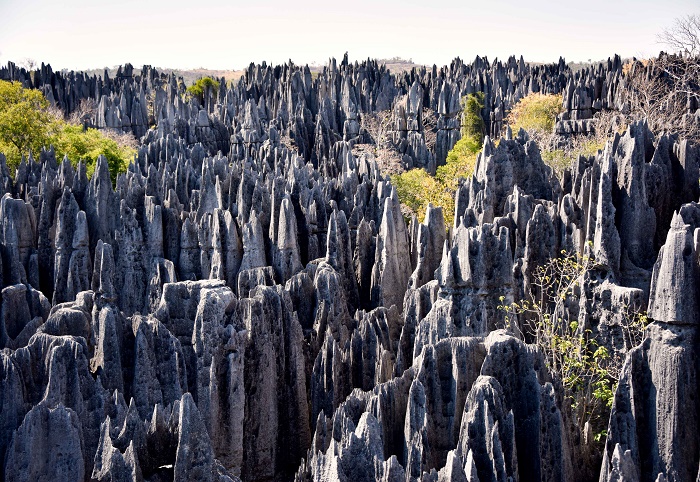 Accessible for tourists by road from Morondava, a town 150 km south of the park, it can also be accessed from the town of Antsalova, which can be reached by plane from Antananarivo or Mahajanga. So, getting there is not easy, but once you reach them, you have to be careful but do not forget to enjoy in this special place carved out throughout the years. 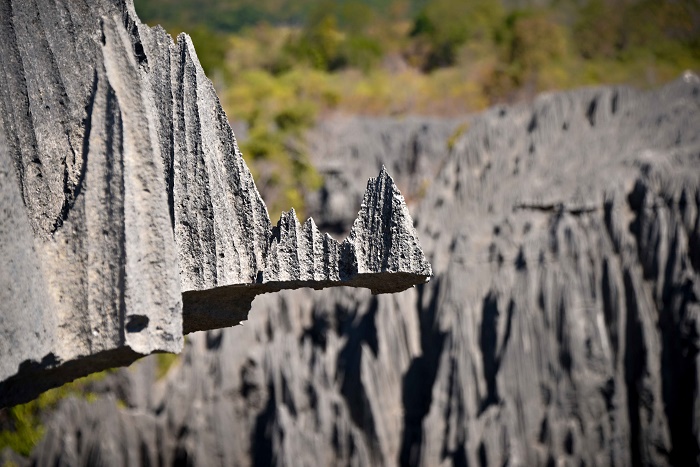 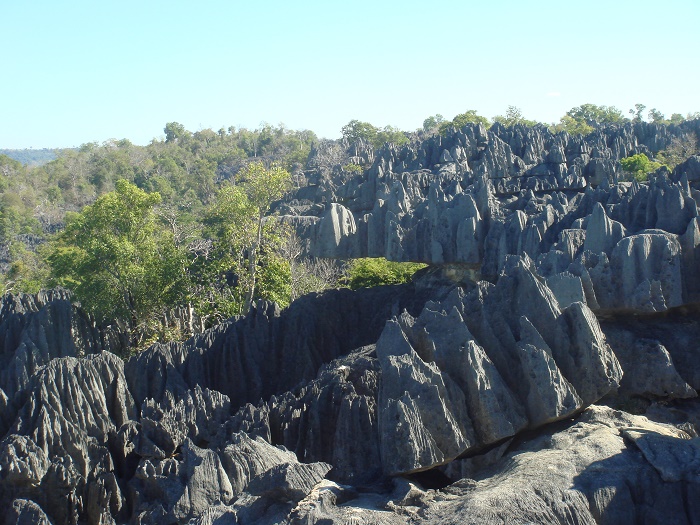 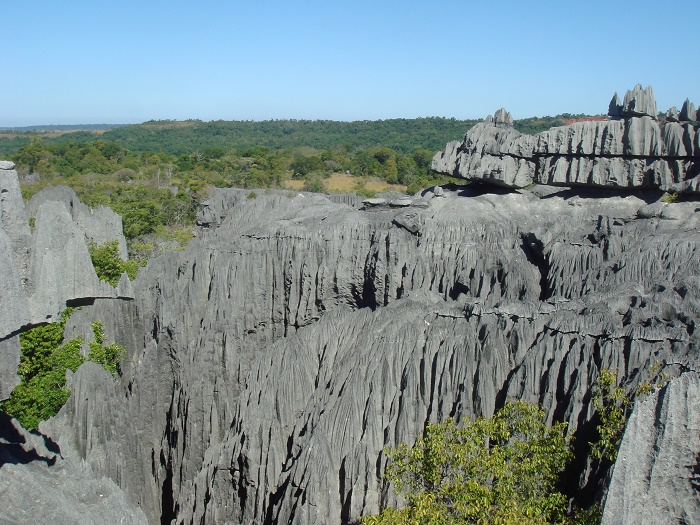 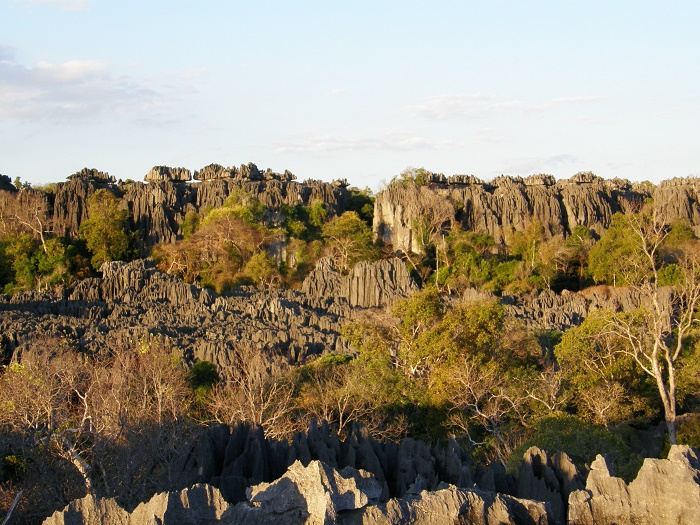 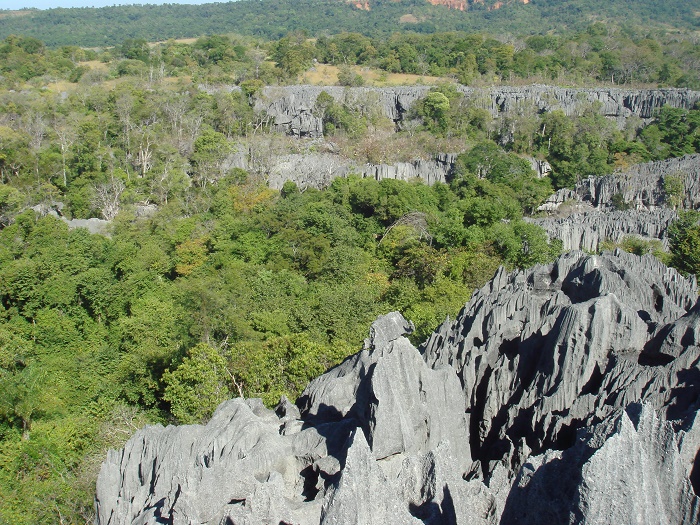