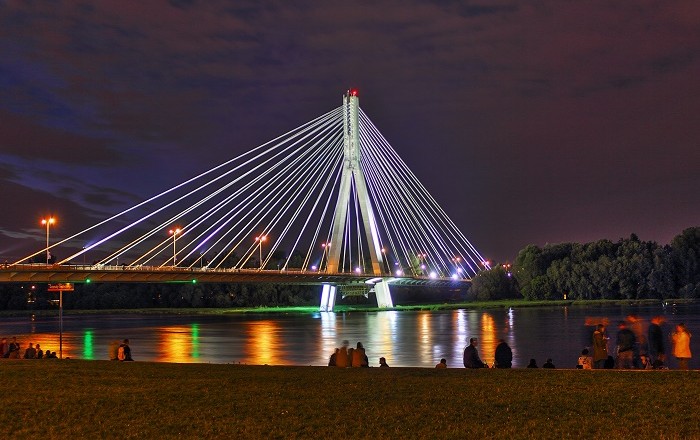 The Świętokrzyski Bridge is a bridge over the Vistula river in Warsaw, Poland linking Powiśle neighborhood with Praga Północ district.

The translation of the bridge name means ‘Holy Cross Bridge’. The bridge itself is 479 m long (1571 ft) and it is a cable-stayed bridge. 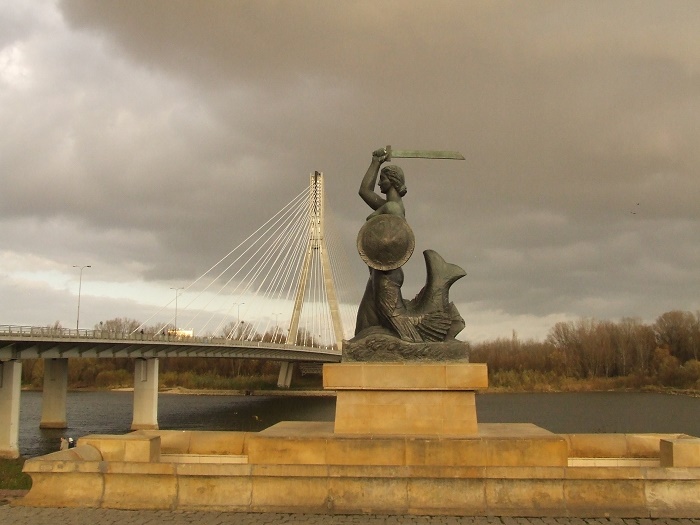 There are two lanes for vehicles, a pavement and a cycle path each way. The single tower which is 90 m (295 ft) high, is located on the right river bank on the eastern side, has 48 cables attached supporting the deck. 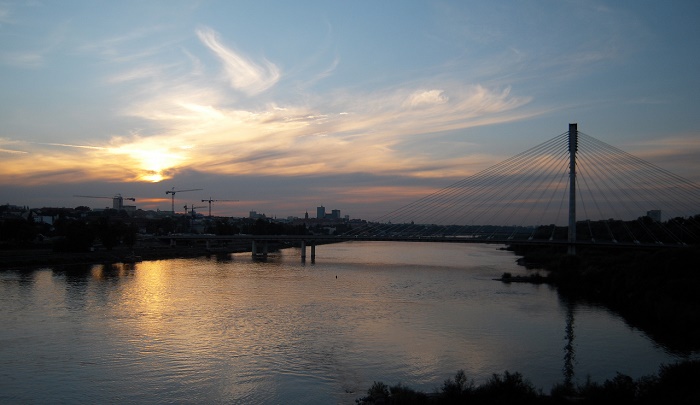 Near the left bank on the western side, the bridge is supported by two piers. The bridge was opened on 6 October 2000 after two years’ construction. The bridge’s name comes from Świętokrzyska Street, which forms part of the access route from the city center. 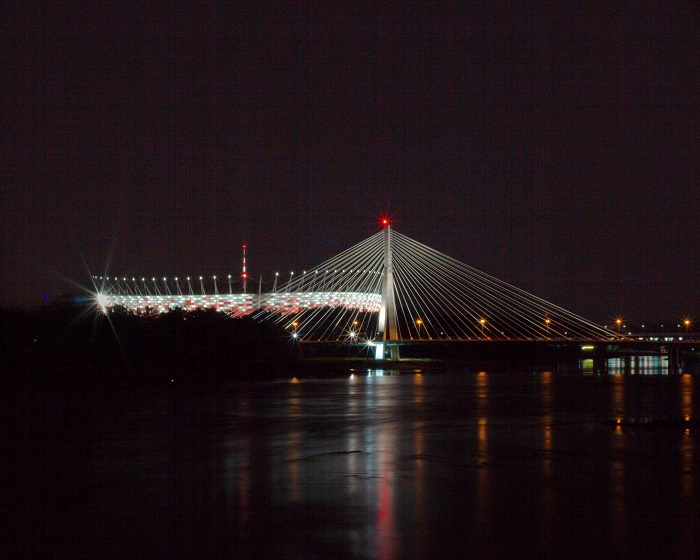 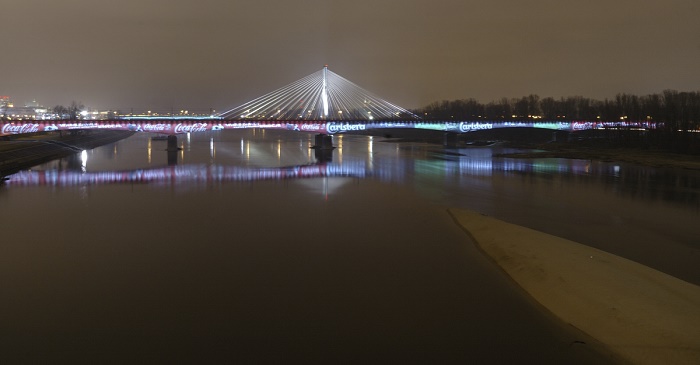 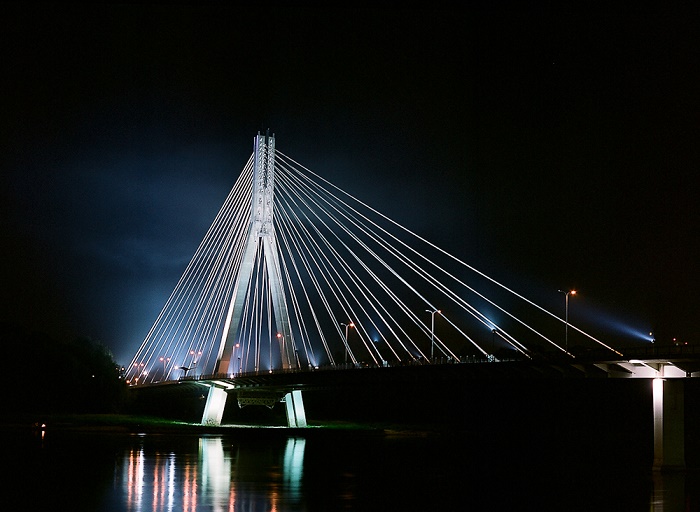 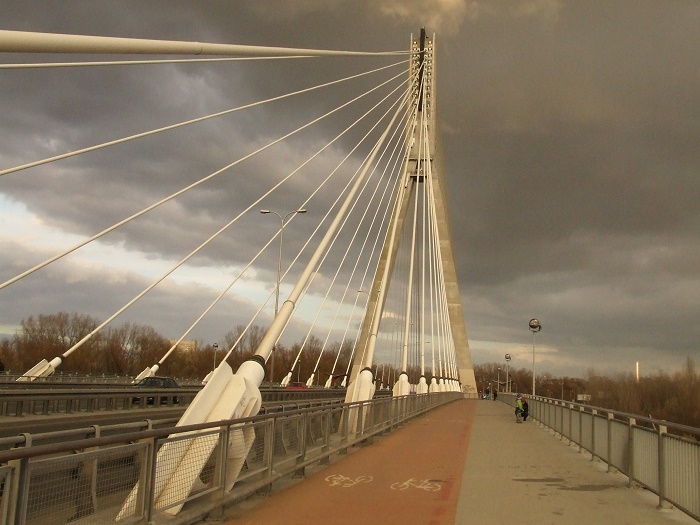 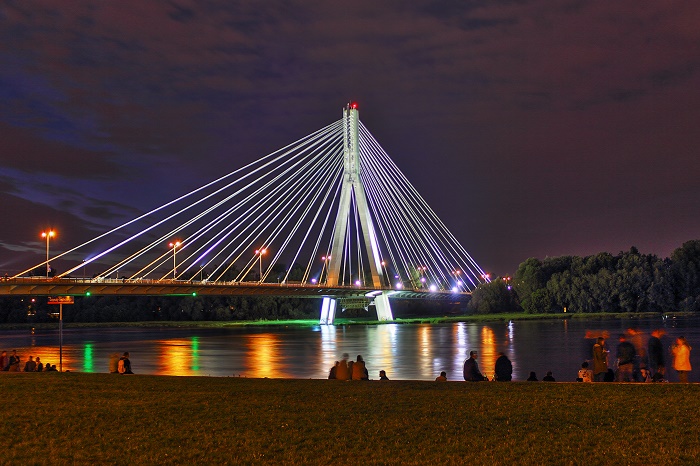 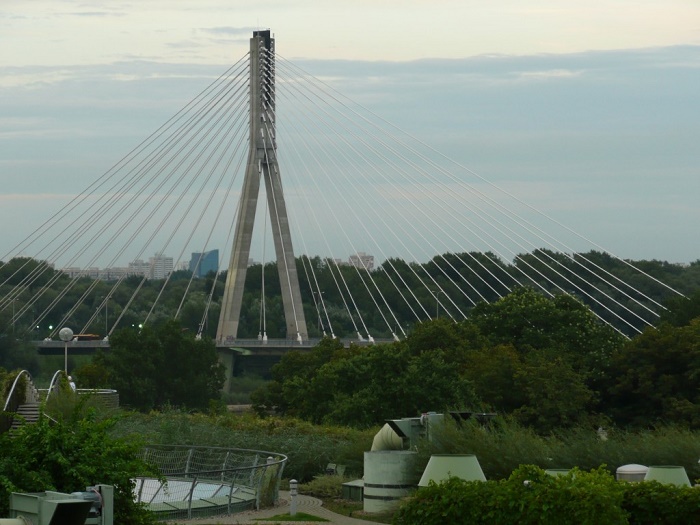