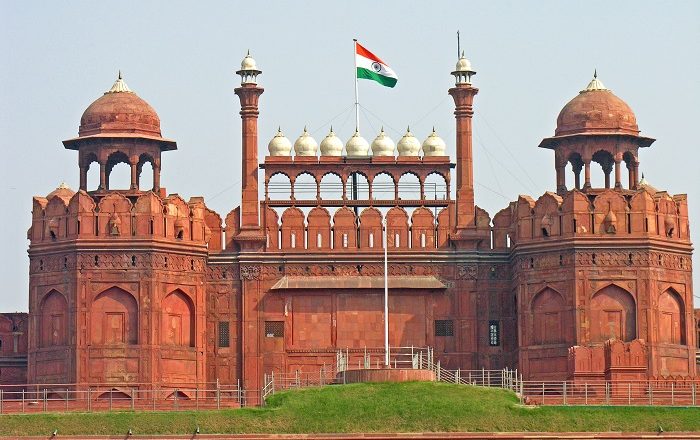 The Red Fort is a historic fortification that served as a main residence of the emperors of the Mughal dynasty, and it is located in Old Delhi of the National Capital Territory of Delhi, that forms the capital city of the Republic of India, New Delhi. 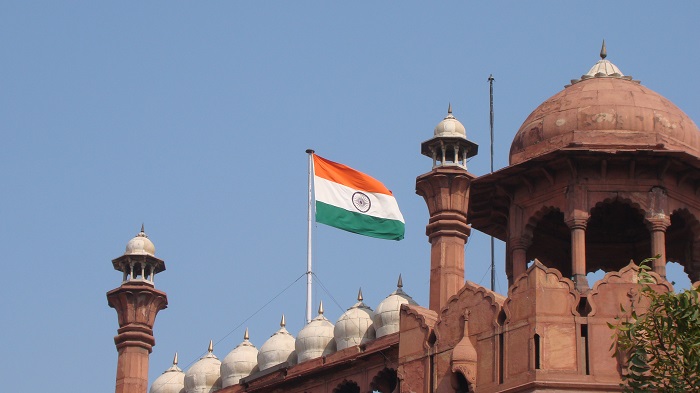 Known also as Lal Qalʿah, was built by one of the most famous Mughal emperors, the fifth Emperor Shah Jahan, on the banks of the Yamuna River, and it served as a residence for the emperors for nearly 200 years. 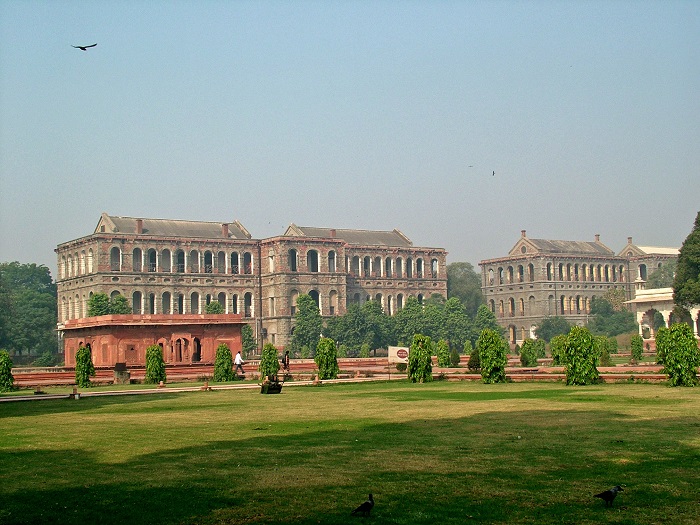 Taking almost 9 years to construct, the Red Fort was built between 1639 and 1648, and it got its name from the massive walls which are on average 23 meters (75 feet) high that enclose the entire structure with their 2 km (1 mi) in length and have a distinct red color that comes from the red sandstone. 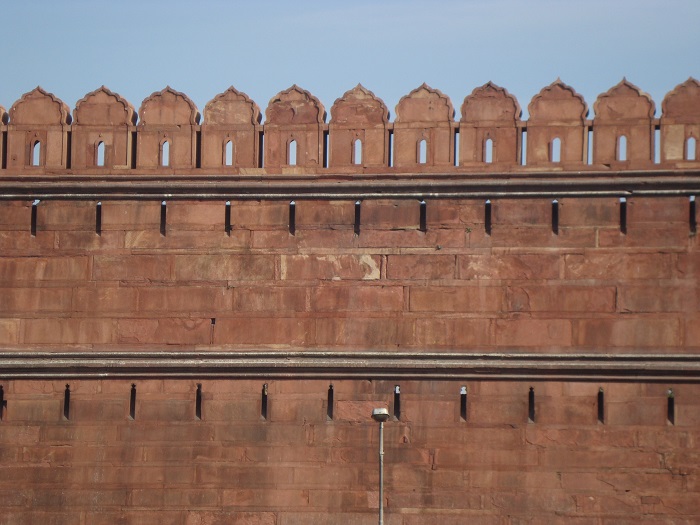 Within the premises of the fortification, there is a complex of palaces and entertainment halls, projecting balconies, baths and indoor canals, geometrical gardens, as well as an ornate mosque, all of which are supposed to represent the imagination of the Mughal creativity, planned according to Islamic prototypes. 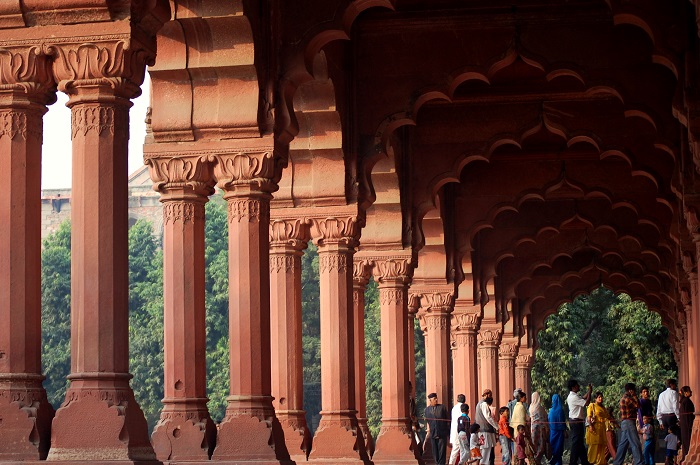 Still, even though each piece of architecture here contains architectural pieces of typical Mughal buildings, there are some buildings which reflect a fusion of Persian, Timurid and Hindu traditions. Spread on about 103 hectares (255 acres), there are so many different things and structures that deserve to be seen in person, which sometimes it is considered that a person needs couple of days in order to see everything. 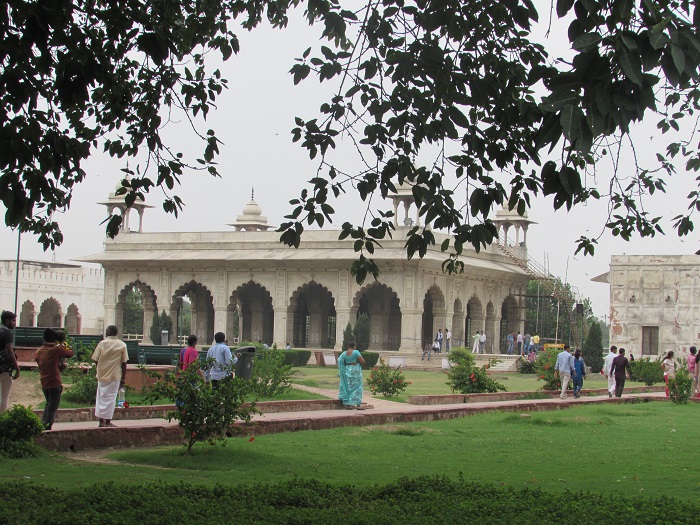 Among the most famous structures of the fortification are the Hall of Public Audience, commonly referred to as Diwan-i-Am, which which has 60 red sandstone pillars supporting a flat roof. Furthermore, the Hall of Private Audience, commonly referred to as Diwan-i-Khas, is a bit smaller but the pavilion is created with a white marble. 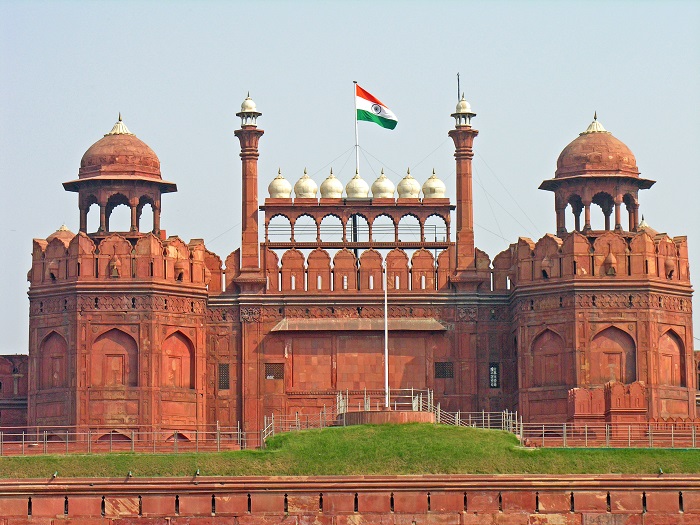 The main entrance, the Lahori Gate, is named as such because it is oriented towards the city Lahore, and the gate we see today was altered during the reign of Muhi-ud-Din Muhammad (Aurangzeb) who added bastions to the side. 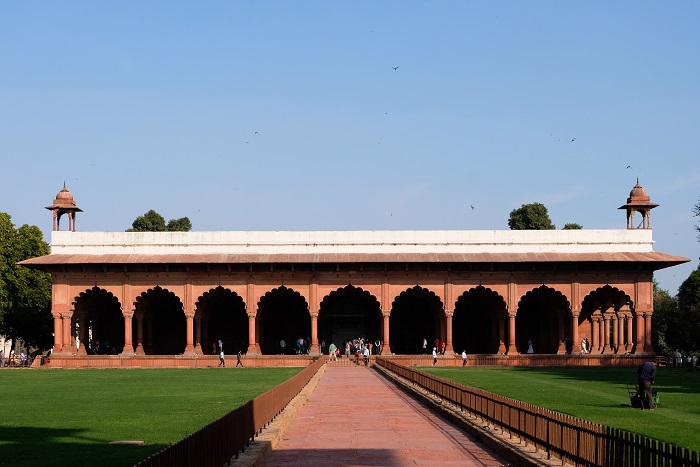 In addition, it should be mentioned Delhi Gate, Chhatta Chowk, Naubat Khana, Mumtaz Mahal, Rang Mahal, Baoli, Pearl Mosque also known as Moti Masjid, Hayat Bakhsh Bagh, as some of the other structures that also deserve to be in the spotlight of this grandiose monument. 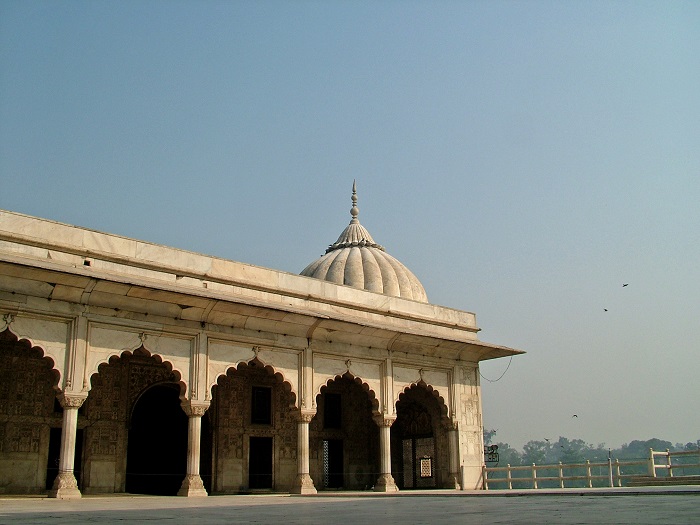 Fortunately, in 2007 the Red Fort Complex was designated as a UNESCO World Heritage Site, giving it the proper title of Important Monument to India where every year on Independence Day, which is 15 August, the Prime Minister hoists the Indian flag at the Lahori Gate and delivers a nationally broadcast speech from its ramparts. 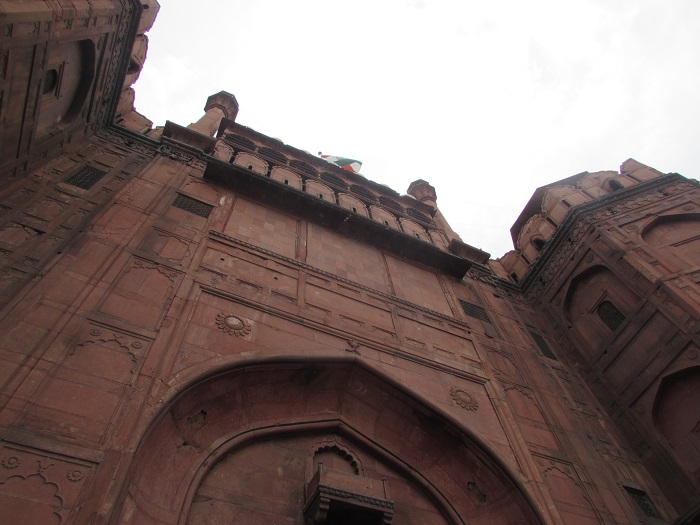 In conclusion, considered as a true, quite powerful piece of Indian history that is well known around the world, it also deserves to be preserved in order for the future generations of India to be able to tell the history behind it, which makes them very proud. 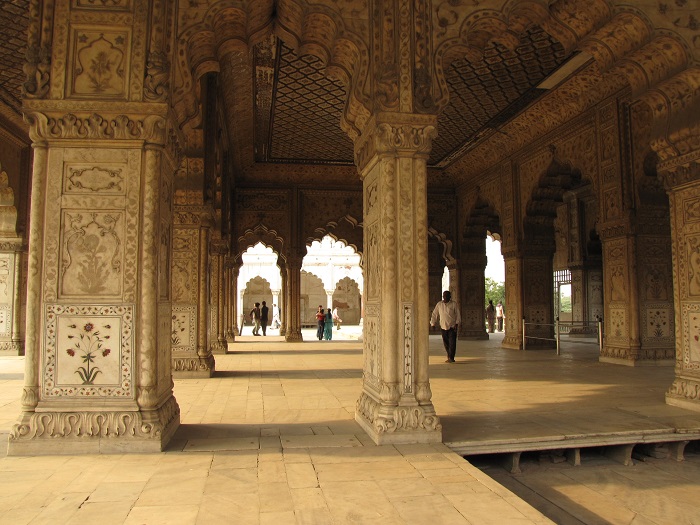 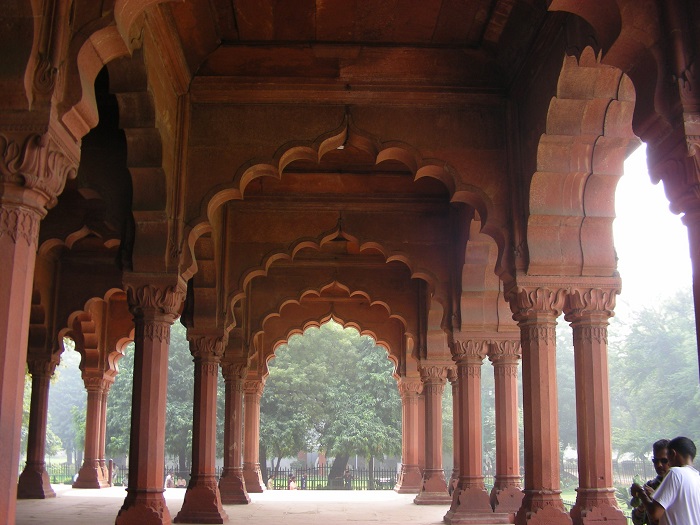 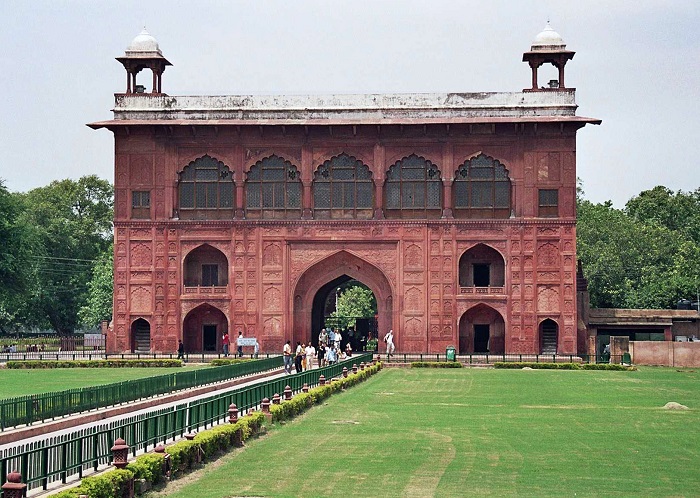 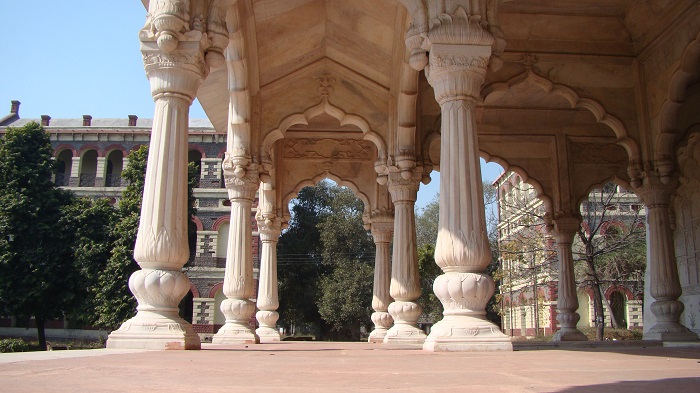 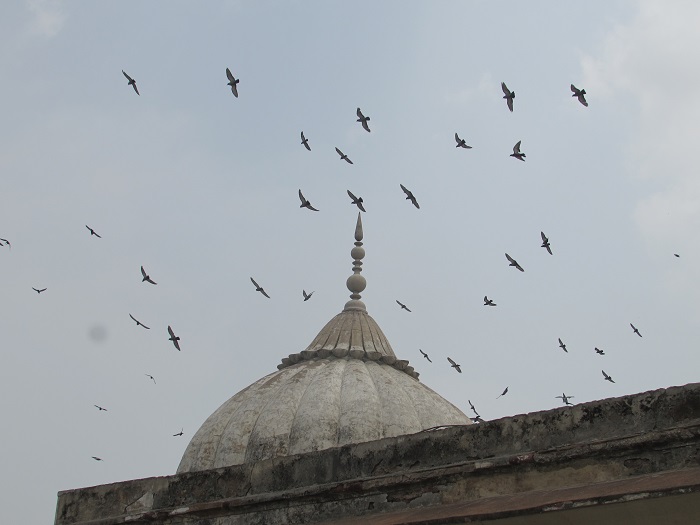 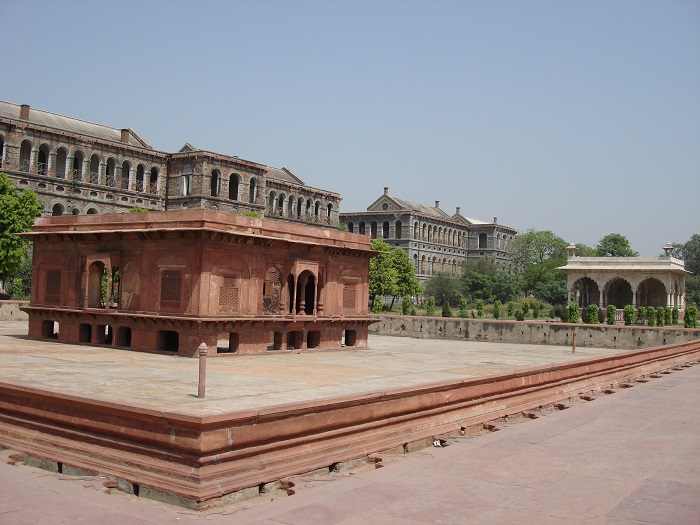