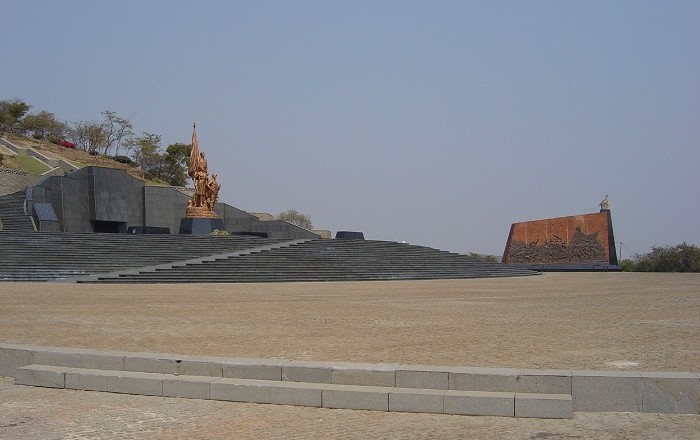 National Heroes Acre, or as it is known more by Heroes Acre, is a large burial ground and national monument, located in the capital city of the Republic of Zimbabwe, Harare. Carrying the richness of the struggle of the people of Zimbabwe against the brutal oppressive regime, in the Heroes Acre lies the leadership of a people’s revolution, people who sacrificed their life to bring change in Zimbabwe politics. 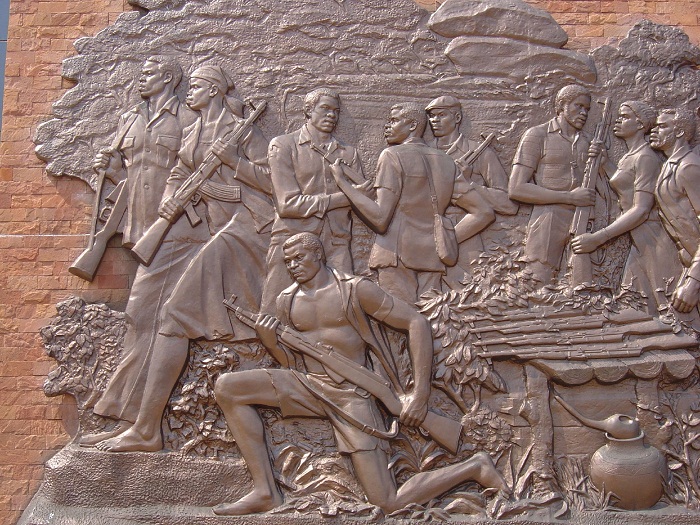 This National Monument is 230,000 square meters (57 acres) in area, is constructed by North Korean architects and has the shape of two AK 47 assault riffles lying with their backs to each other with the graves symbolizing the magazine. Built in 1981, one year after Zimbabwe’s independence, it has several main attractions. 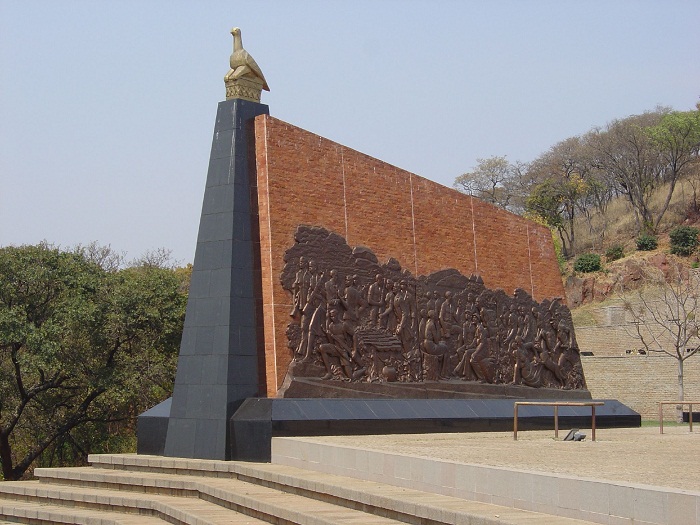 The Tomb of the Unknown Soldier is most likely the most known, where it recognizes the insurgents who lost their lives and are unidentified during the Rhodesian Bush War. The statue that is the centerpiece of the Tomb, shows three guerillas. Made out of bronze it depicts one female, two male, a flagpole, and an ornate artifice. 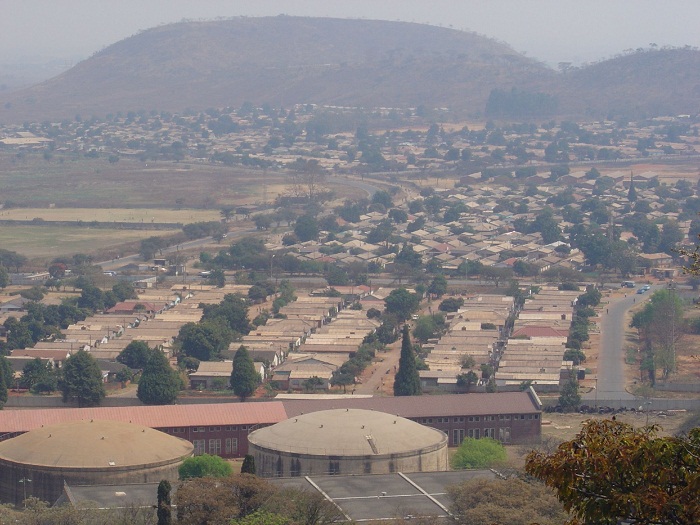 The Eternal Flame rests atop a tower, which is the tallest object at Heroes Acre, measuring some 40 meters (131 feet), and it was lit at the day of the Independence celebrations in 1982. There are Wall Murals on either side of the monument carrying murals depicting the history of Zimbabwe, from pre-colonial times through the Chimurenga, the Rhodesian Bush War, and independence under national hero Robert Mugabe. 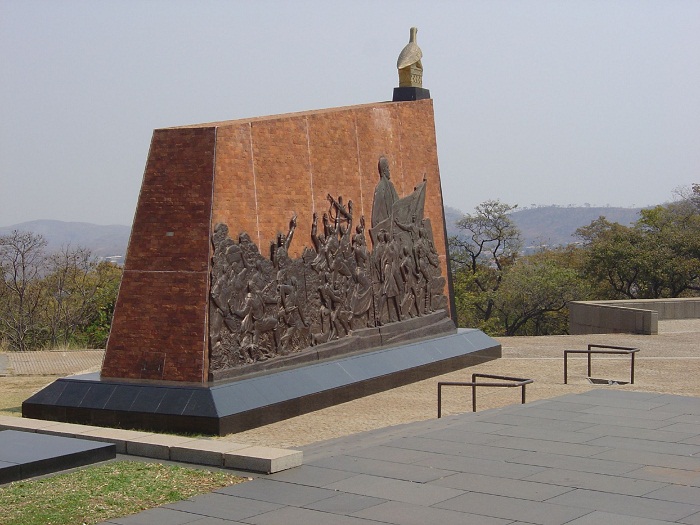 There is a Museum as well at the entrance of the Heroes’ Acre dedicated to the rise of African nationalism in Zimbabwe and the anti-colonial struggle, showcasing artifacts, photographs, documents and other paraphernalia from the war and the period shortly after independence. 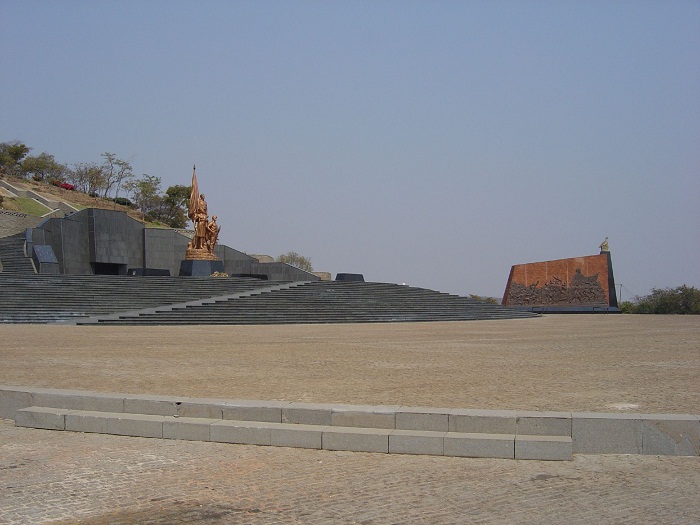 In addition Zimbabwean national heroes are buried at the shrine, making them being remembered forever for their struggle for the glory of Zimbabwe. 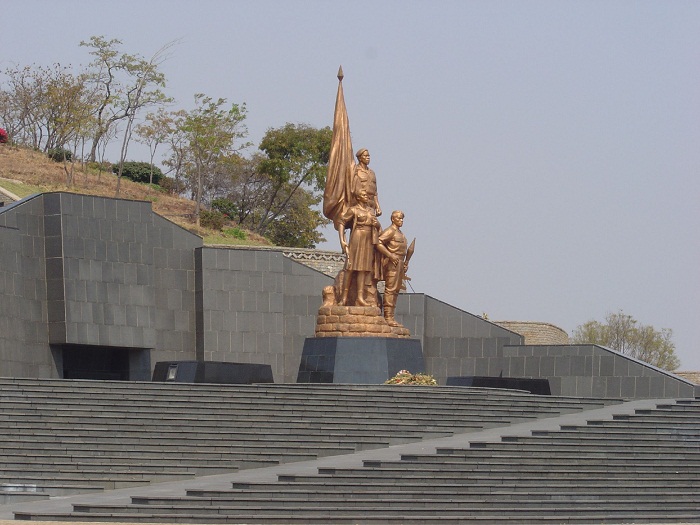 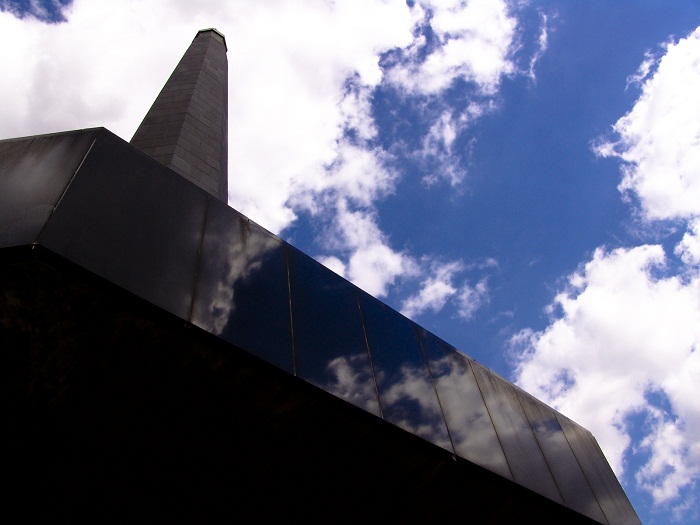 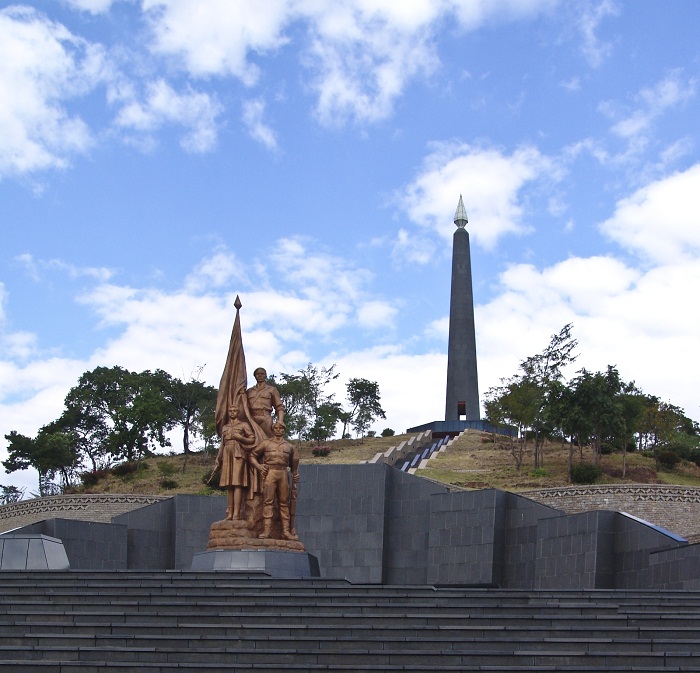