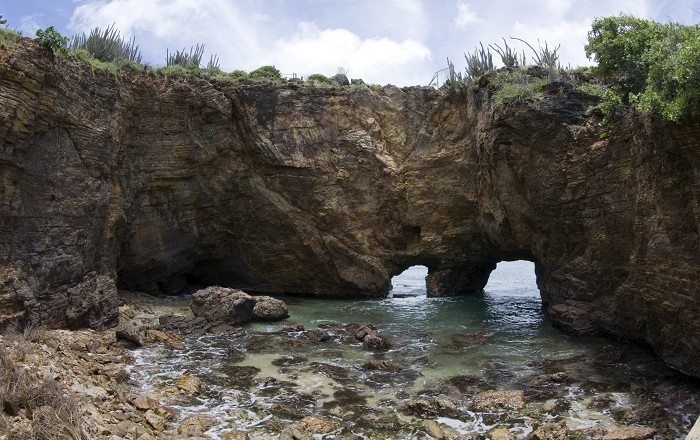 Le Trou de David, or as the English translation would be David’s Hole, is a beautiful hole carved by the nature, located between the Baie Rouge and Pointe du Bluff on the French side Caribbean island of Saint Martin, which serves as a Collectivity of France. 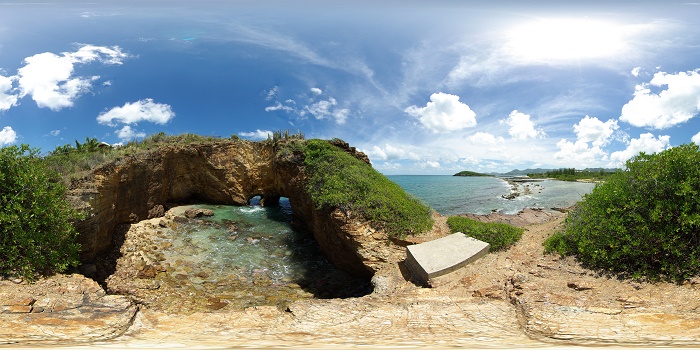 This very interesting structure carved by the nature, is actually a collapsed sea cave chamber which has nearly vertical walls, and there is a pair of arches that are leading towards the sea. The diameter of this phenomena is some 25 meters (82 feet) in diameter, with 10 meters (33 feet) in height from top of the cliffs to the bottom of the hole. 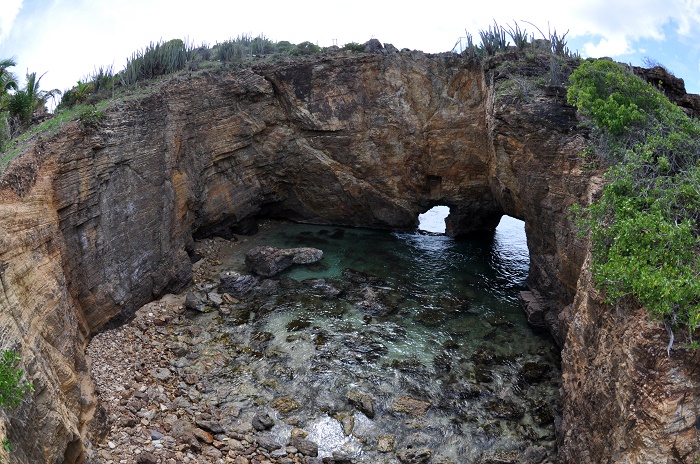 According to the locals, the official name first given to Le Trou de David was Le Trou de Diable, or as the translation would be the Devil’s Hole. The name derives from the arches that are letting water in the hole, making it to look like it is boiling, thus the Devil’s Hole. 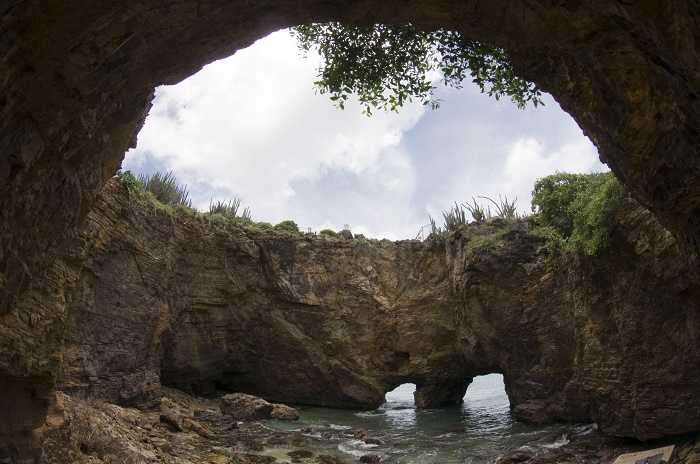 The person who has been in charge of collecting the topographic names on the island in the 1970s, sent there from the French Government, did not understand English very well and made the mistake believing that the place actually could belong to someone named David. 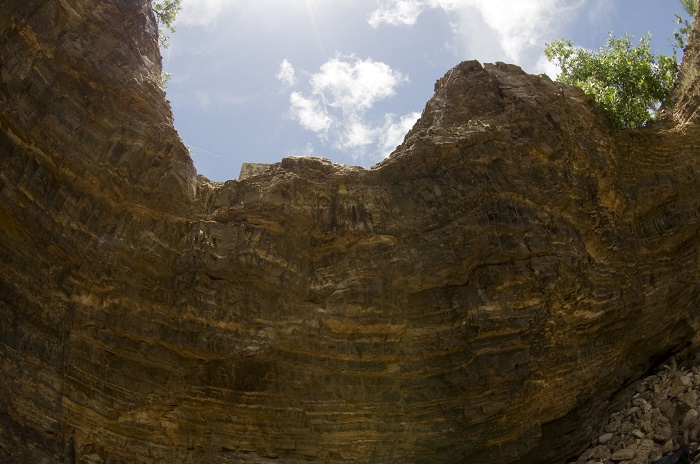 Nowadays everyone knows this amazing place as David’s Hole. In addition, people can go inside this natural formation, and there is an even better place to snorkel around the arches of the hole. There are submerged and semi-submerged caves in the side of the cliff, but also an abundance of large rock formations extending out from the cliff which are full of canyons and overhangs which hosted schools of blue tang and a small hawksbill turtle. 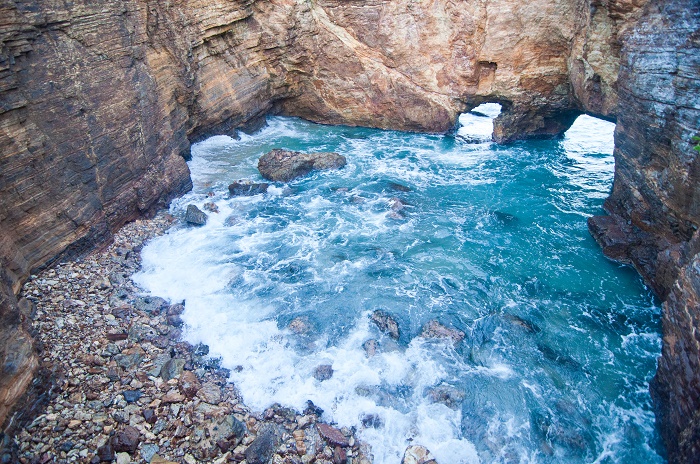 This fairly large reef extends to the open sea, where it ends at some 8 meters (25 feet) depth with a whitish sand, and it is considered to be one of the best places one could visit while in Saint Martin. 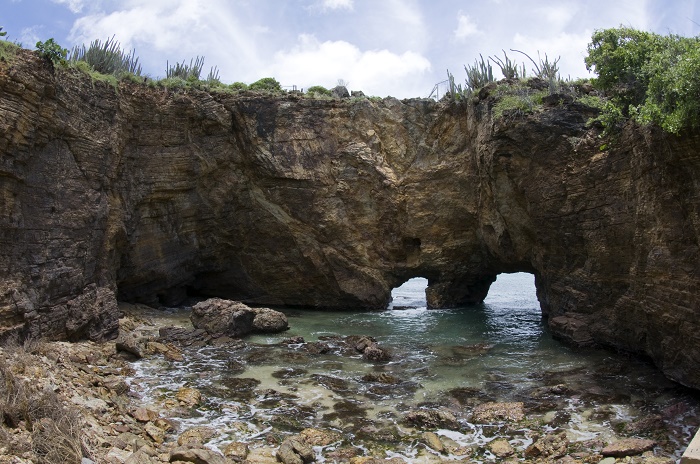 There are some unconfirmed reports that due to floods, Le Trou de David has fully collapsed, however, when zoomed in on a satellite map, one would be able to see that so far no damage has been done to the impressive sight. Definitely a confluence of paradise and reality that can be dangerous when the sea is rough, and also wrongly named at first as something from the Hell.