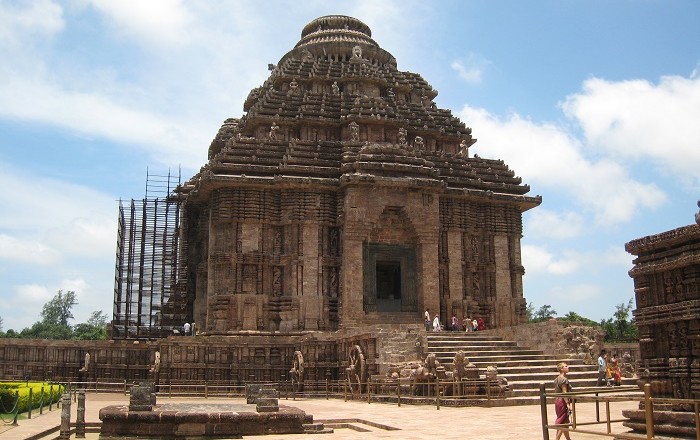 Konark Sun Temple is a monumental and richly decorated sacred temple complex , located on the shores of the Bay of Bengal, the State of Odisha, within the State of India. 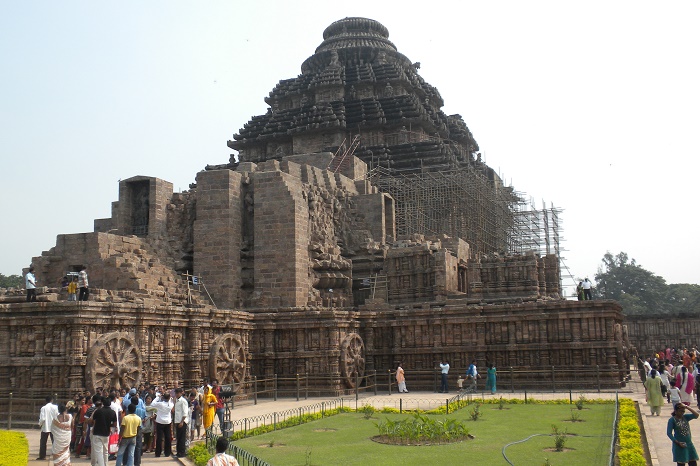 Built some time in 13th century, this Hindu temple is known for its exquisite stone carvings that cover the entire structure, among which some are quite intriguing. Designed as a gigantic chariot of the Sun God, Surya, there are twelve pairs of ornamented wheels that are pulled by seven horses. The wheel are some 3 meters (10 feet) wide, and sadly, only six of the horses that are pulling the wheels are still standing today. 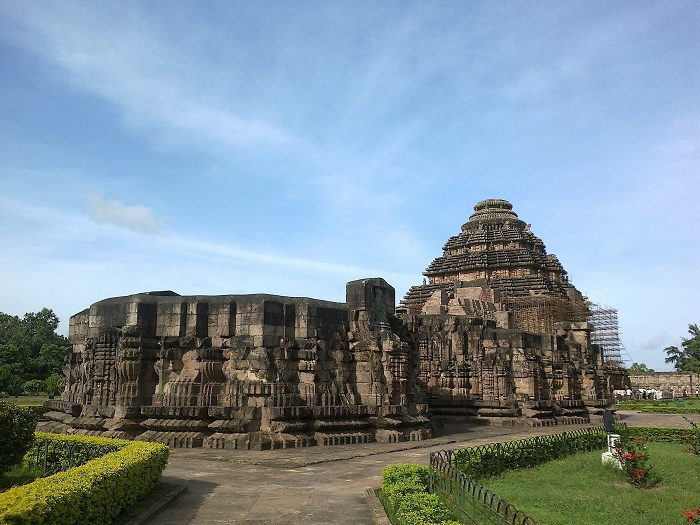 Considered to be built in 1250 by the East Ganga King Narasimhadeva, it is thought that it was built to commemorate the military successes against the Muslim invaders. There is also those who believe that in the days of its grandeur, the main idol of Sun God used to remain suspended in the air with the help of the huge magnet at the peak and another magnet fixed at the basement. Also, there was a diamond in the center of the idol which reflected the sun rays that passed. 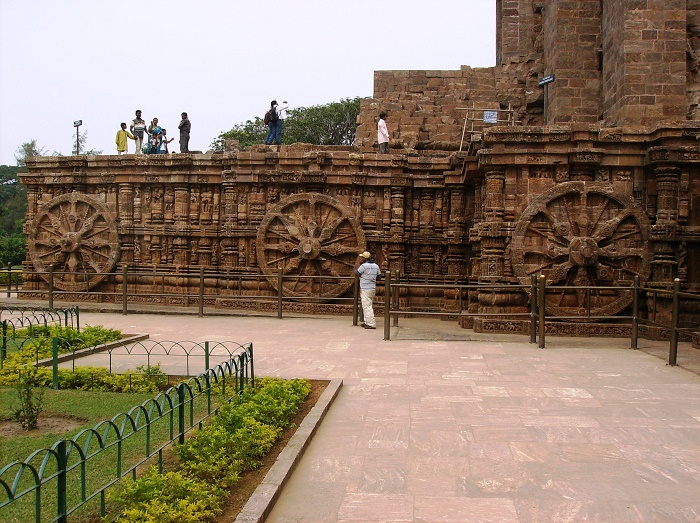 Built right at the mouth of the Chandrabhaga River, nowadays we could not witness this, because the waterline has receded since then, however, this temple of Kalinga traditional style architecture is carefully oriented towards the east so that the first rays of sunrise strikes the principal entrance. There was a main sanctum sanctorum, in Indian vimana, which actually has been a tower, 70 meters (229 feet) high. But, due to the weight of the structure, in addition to the weak soil of the area, the tower fell in 1837. 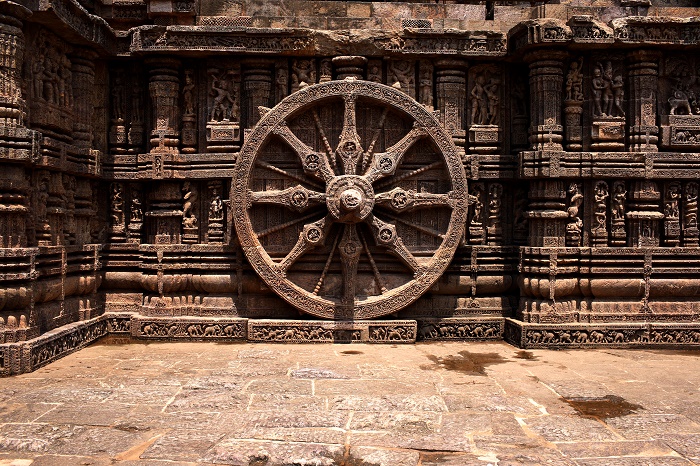 The audience hall, in Indian Jagamohana, which is the principal structure in the surviving ruins, still stands today and it is 39 meters (128 feet) high. In addition, the other surviving structures are the dance hall, Nata mandira, and the dining hall, Bhoga mandapa. 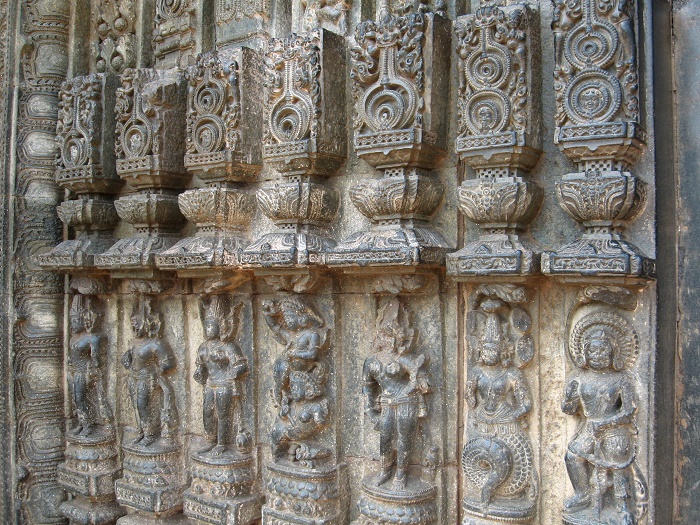 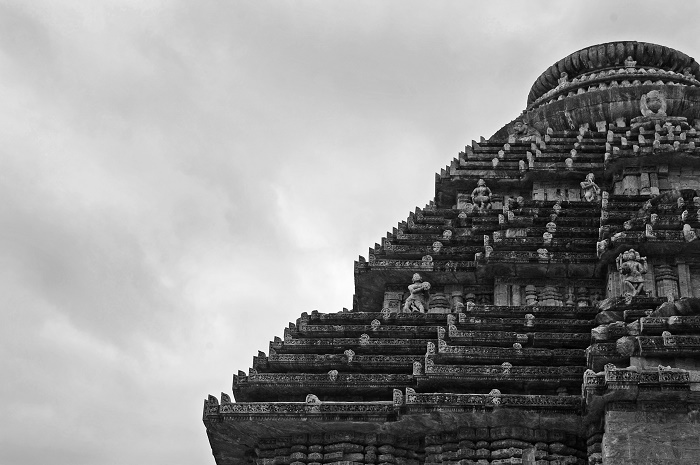 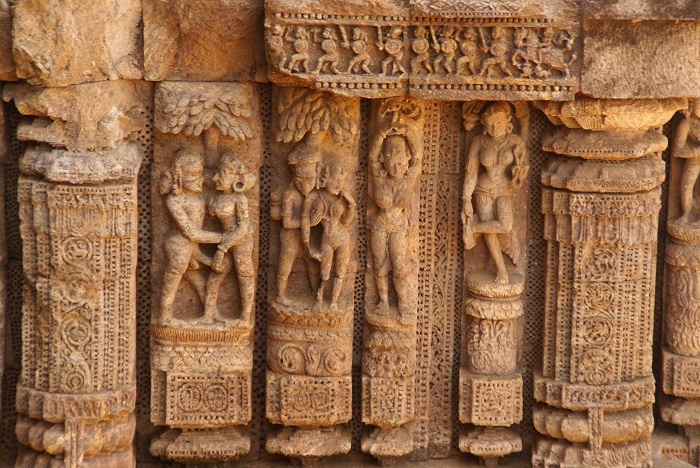 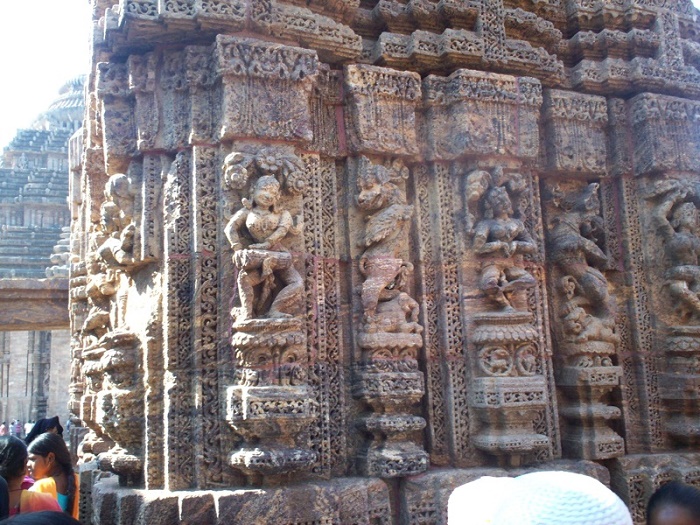 It must be mentioned too, that there are other sculptures among which are deities, animals, floral patterns, voluptuous women, mythical beasts and aquatic monsters. Being part of the UNESCO World Heritage List since 1984, it is of great cultural importance for the State of India to protect this treasure, something which was tried in the past. 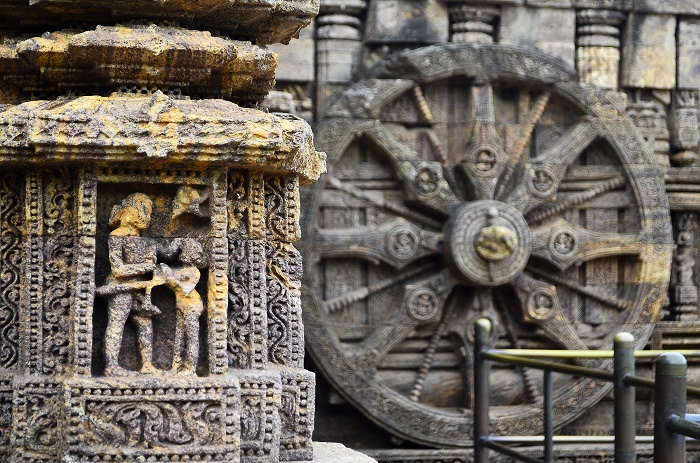 First preservation effort happened in 1803, where conservation was requested by the East India Marine Board, but only removal of stones from the site was prohibited by the Governor General, and as a result to this, part of the main tower which was still standing, collapsed in 1848. 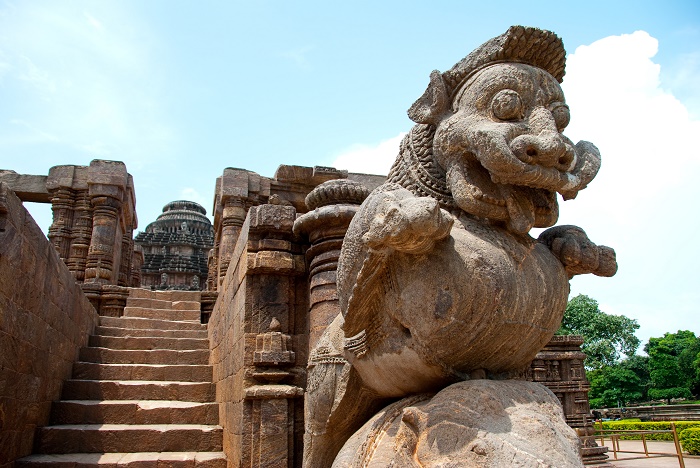 Nevertheless, the biggest excavation and preservation of the Konark Sun Temple was attempted in 1903, when the then Lieutenant governor of Bengal, J. A. Baurdilon, ordered the temple to be sealed and filled with sand to prevent the collapse of the Jagamohana, which was successful, and thanks to that, nowadays the visitors can enjoy in the beautiful architecture. As it is one of the most visited sites within the state, this sacred temple monument will continue to surprise not just the visitors, but those who are eager to research more about the extravagant erotic scenes that are all over the temple. 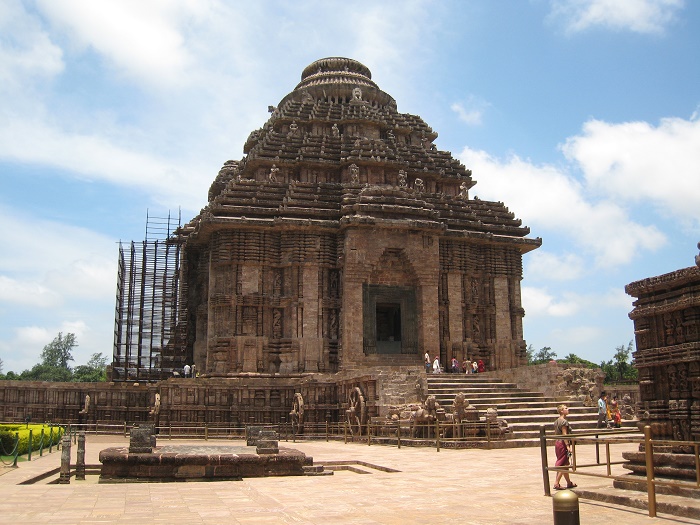