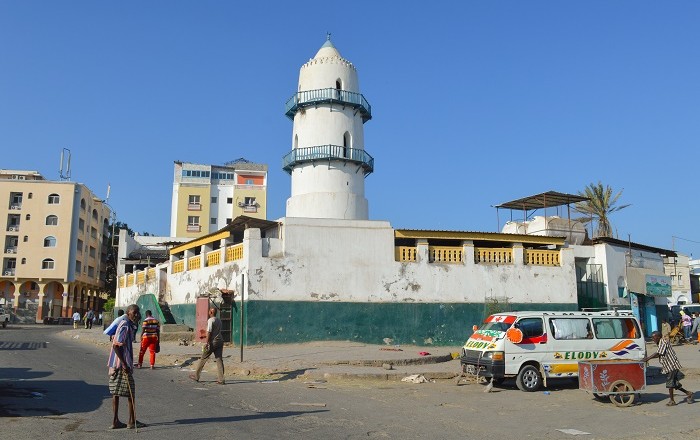 Hamoudi mosque is located in the downtown of Djibouti city, the capital of Djibouti, and It is considered as one of the most iconic structures of the city. The mosque is more precisely located in Place Mahmoud Harbi, which is actually the official name of the bus station in Djibouti city. 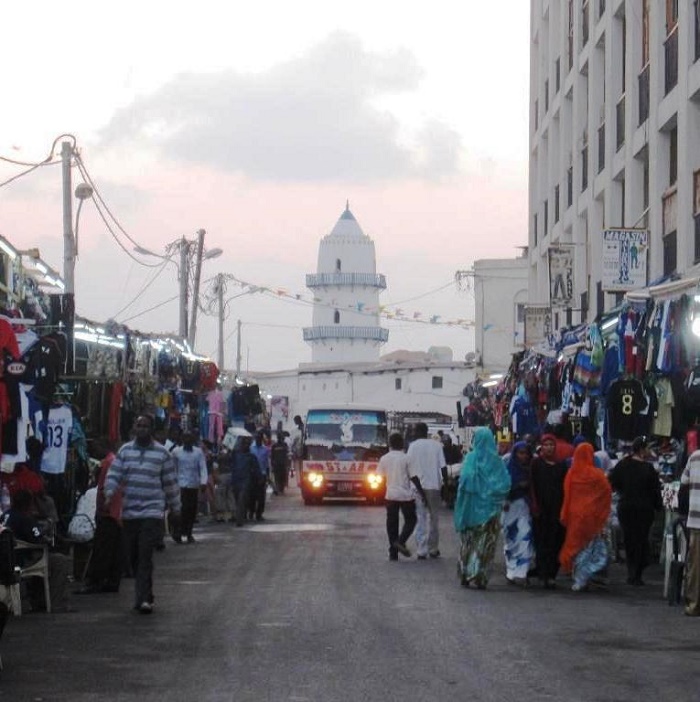 The mosque stands on a triangular corner island that gives a unique shape to the building, a shape from which some people might say that it looks similar to the Dome of the Rock in Jerusalem. There are no clear sources when was the exact year of the construction of the mosque, although there are sources that state 1906, and some between 1913 and 1920, but both are stating that it was built by an Arab businessman named Hadji Hamoudi. 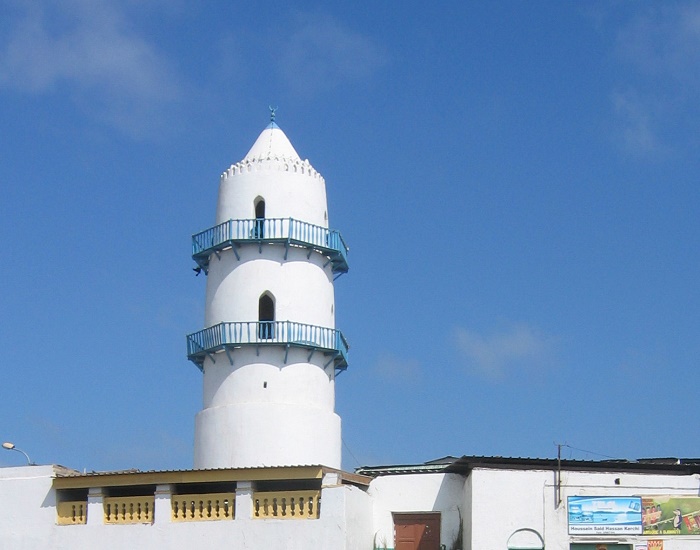 The mosque itself is really colorful on the outside, with mostly white color, but there is also green, yellow, brown color, and blue on the single minaret the mosque has. As one of the very few city attractions for tourists to see while in the capital of Djibouti, it gives specific amazing skyline of the city. 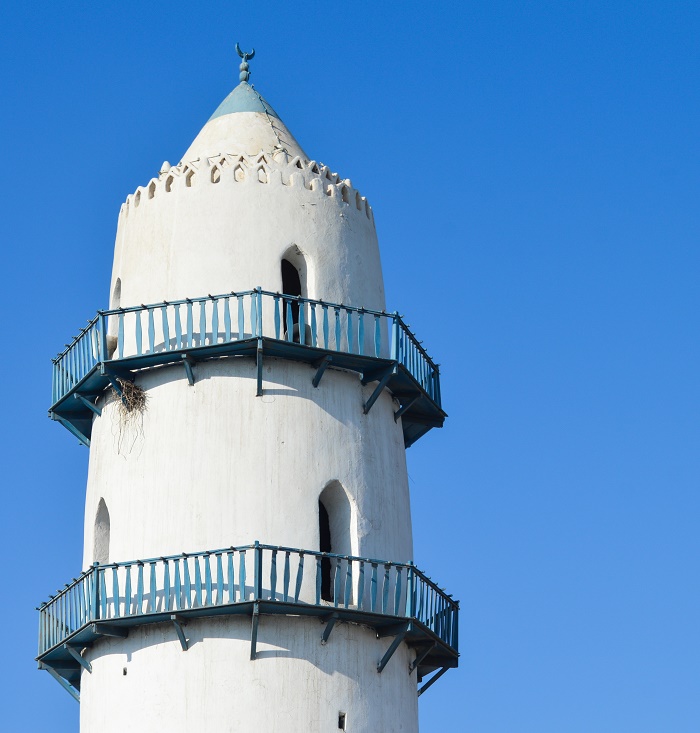 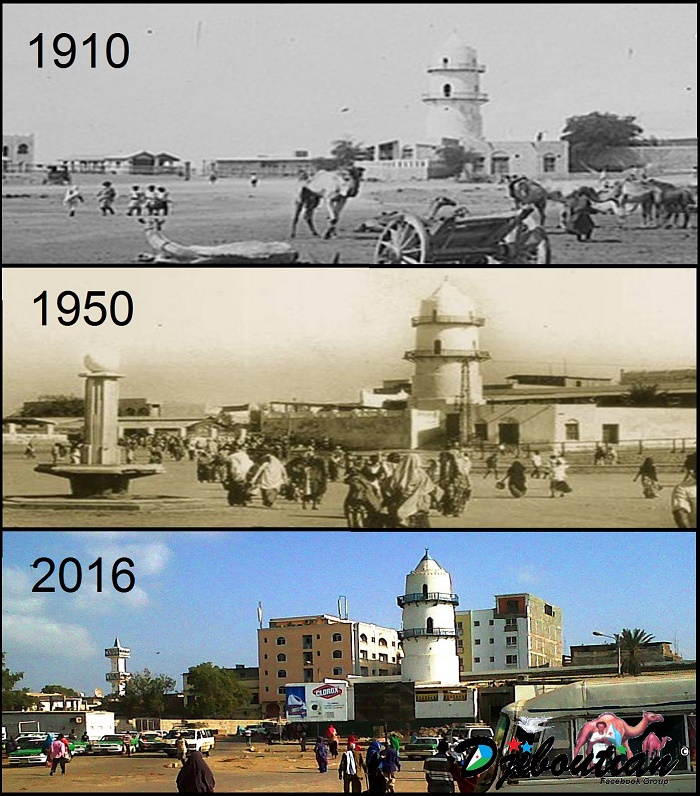 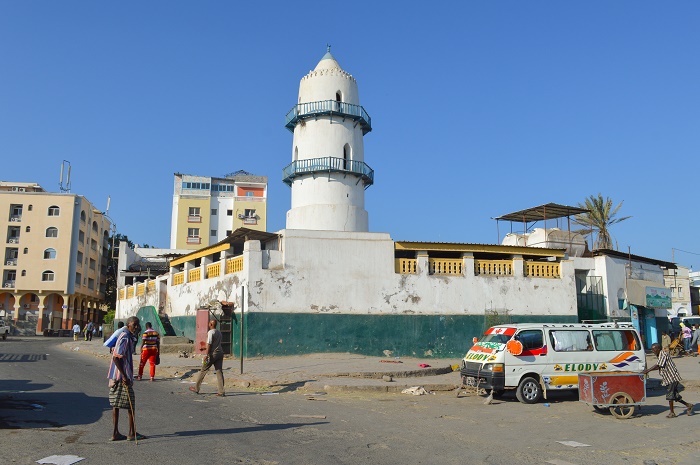