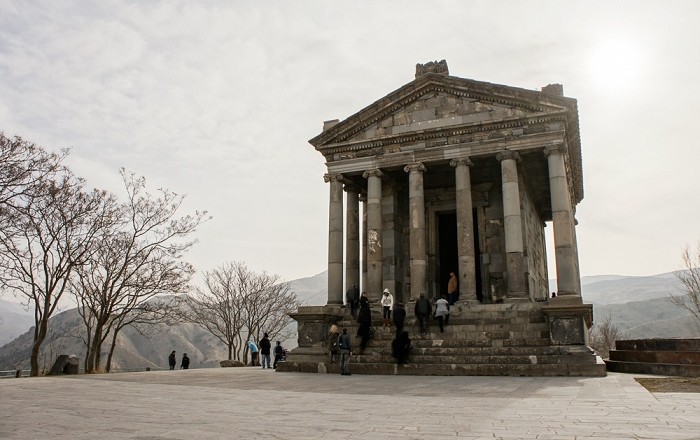 The Temple of Garni is one of the oldest sights in Armenia worth to be seen once in a lifetime and almost anyone who comes to Armenia visits Garni, thinking it is the 76 AD temple and Roman style baths. 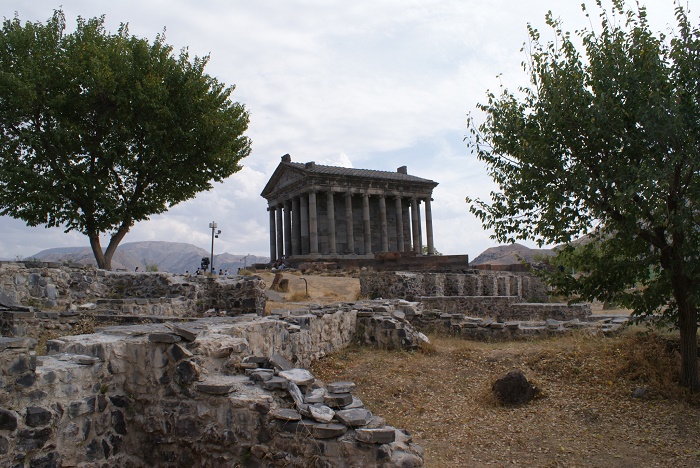 Many learn when they visit that the cyclopic stone walls that surround the royal summer residence and temple are were in fact first laid in the 3rd millennium BC by ancestral Armenians who developed the region into one of the greatest metallurgical and trading powers in Mesopotamia and Asia Minor. 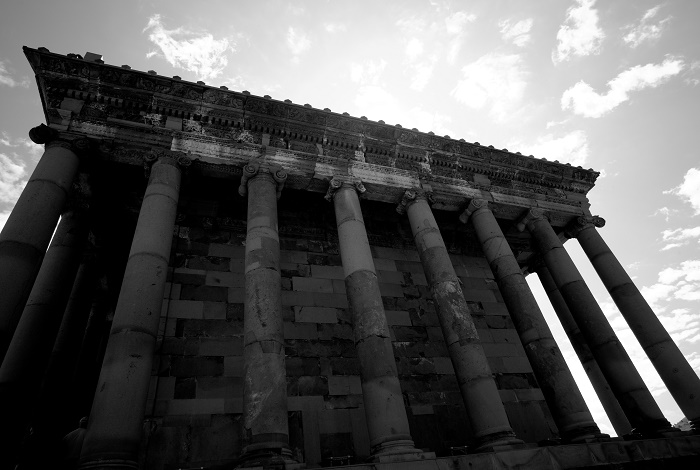 It is a reconstructed classical Hellenistic temple in Garni, Armenia and the only Greco-Roman colonnaded building or temple in Armenia and the former Soviet Union. Many people believe that it was probably built by king Tiridates I in the first century AD as a temple to the sun god Mihr. After Armenia’s conversion to Christianity in the early fourth century, it was converted into a royal summer house of Khosrovidukht, the sister of Tiridates III. 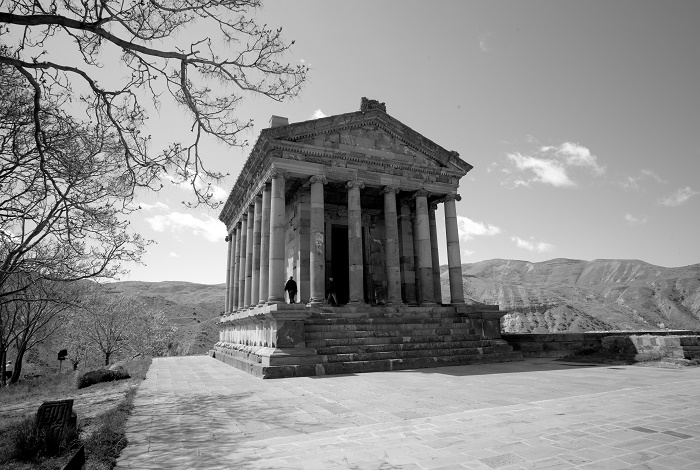 According to some scholars it was not a temple but a tomb and thus survived the universal destruction of pagan structures. It collapsed in a 1679 earthquake. Renewed interest in the 19th century led to its eventual reconstruction between 1969 and 1975. 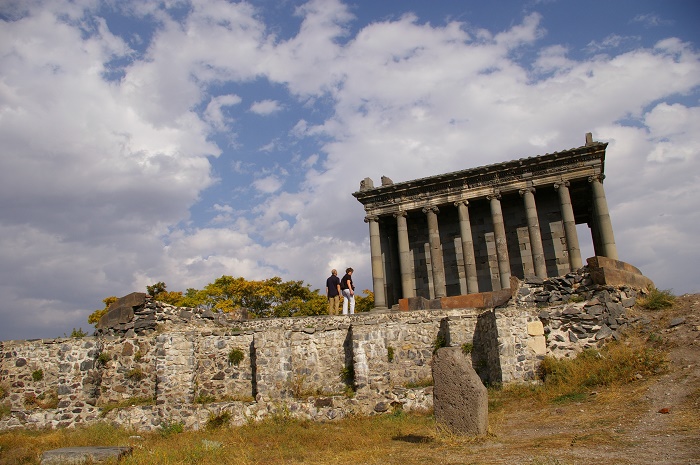 The temple is situated at the edge of a triangular cliff and is part of the fortress of Garni. One of the oldest fortresses in Armenia, it is mentioned as Gorneas in the first-century Annals of Tacitus. The temple follows the style of classical Ancient Greek architecture which began developing in the 7th century BC. 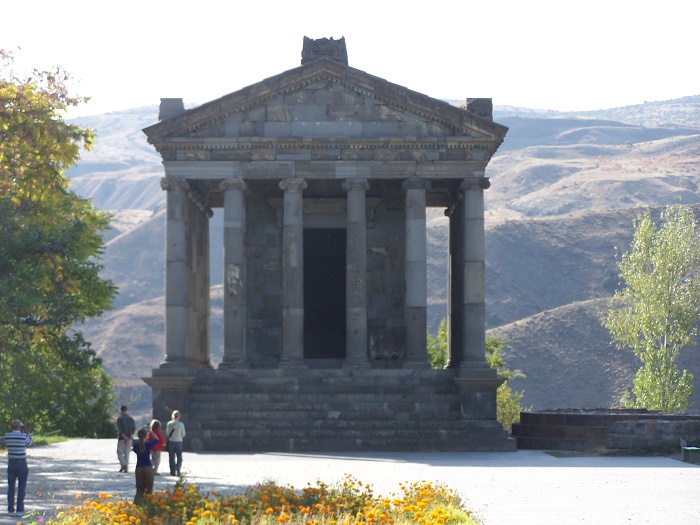 Scholars have variously described the structure as Greek, Roman or Greco-Roman and have usually linked it to Hellenistic art, almost always pointing out its distinct features and local Armenian influence. 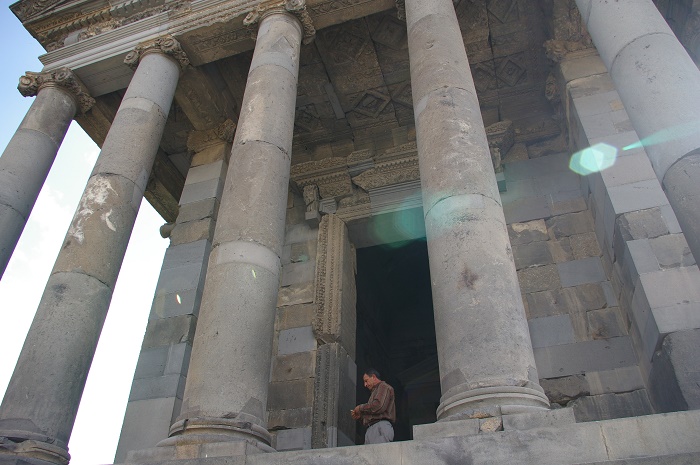 Some scholars have emphasized the Armenian influence on its architecture, calling it “Armenian-Hellenic” (Sahinian), while others have completely dismissed this view, calling it a “foreign structure on Armenian soil”. On the exterior, the triangular pediment depicts sculptures of plants and geometrical figures. The staircase has nine unusually high steps (30 cm high around twice as high as the average height of stairs). 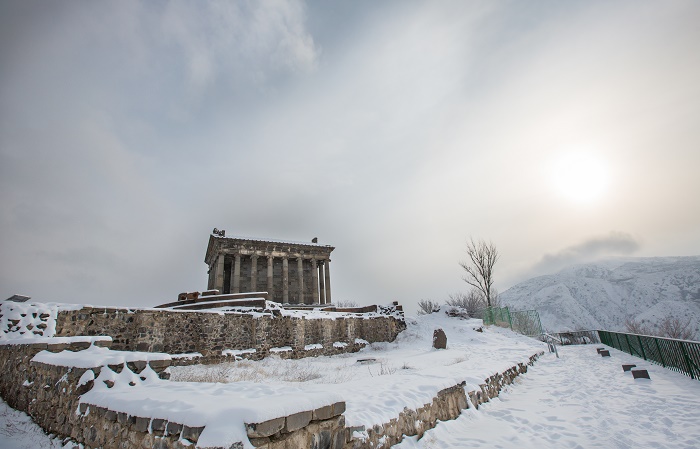 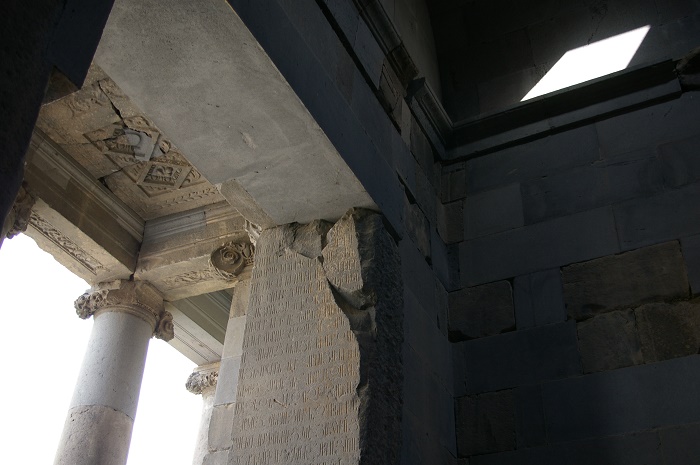 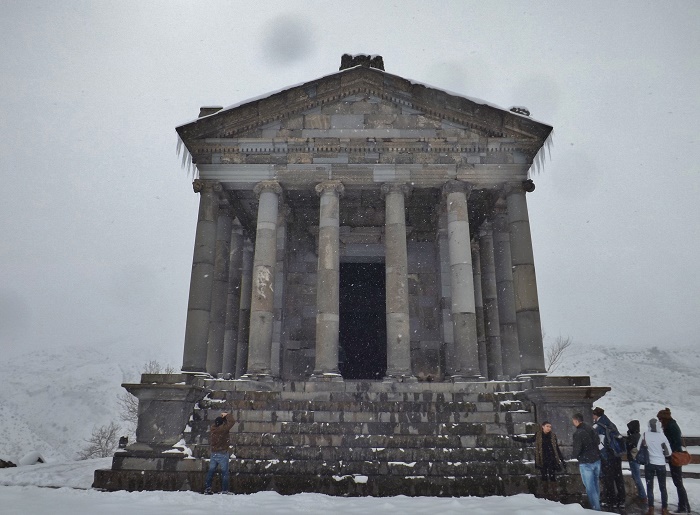 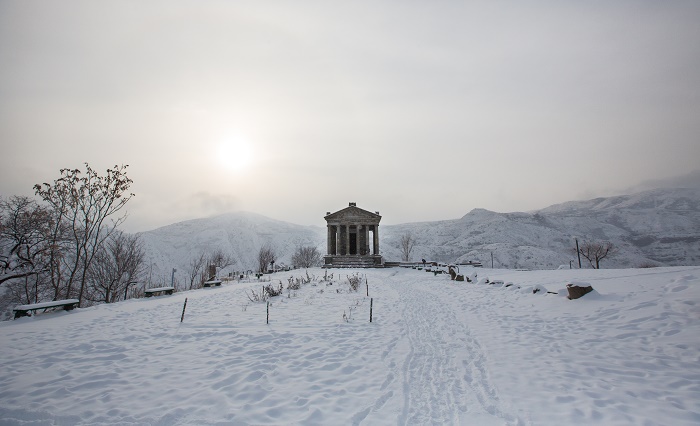 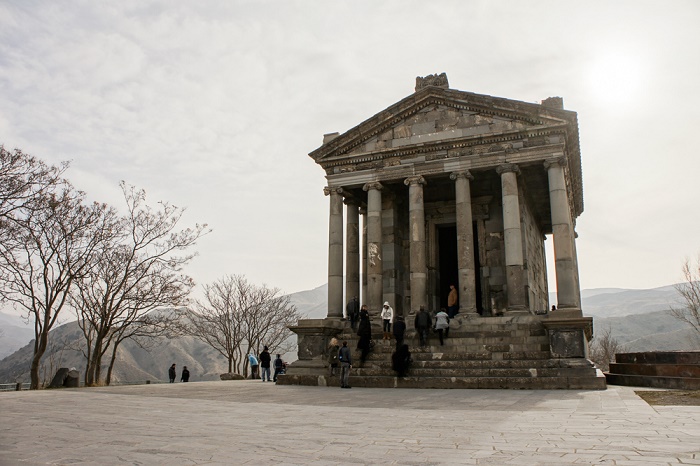