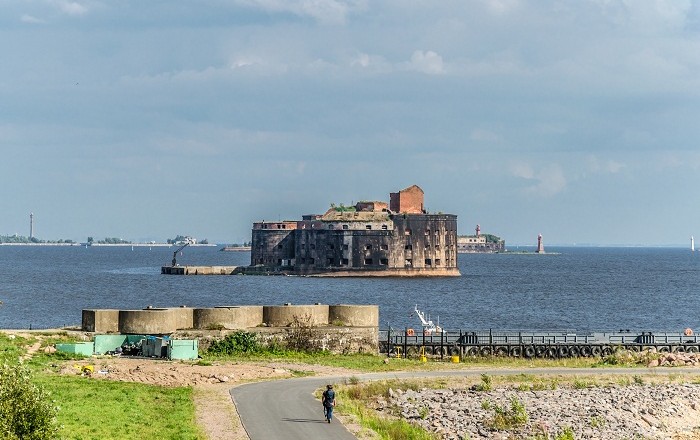 Fort Alexander, which is also known as Fort Alexander I and Plague Fort, is a naval fort built on an artificial island in the Gulf of Finland, near the city of Saint Petersburg in Russia. 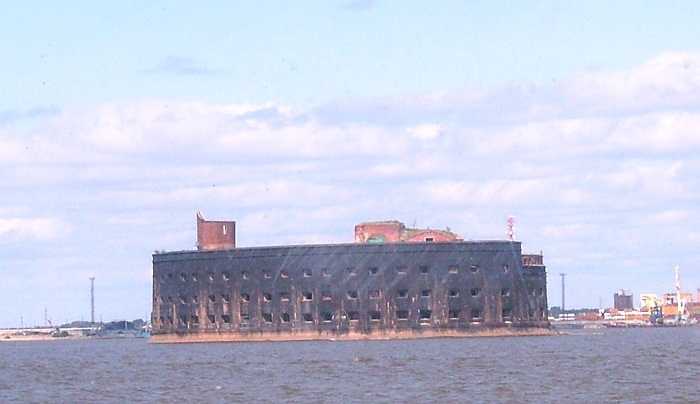 Built between 1838 and 1845 according to the project of the engineer-colonel Carbonier and Moris Dastrem, the waterways of the Gulf were of a big strategic importance for Russia. Even after the formation of Saint Petersburg (1703), the Gulf of Finland played important role for the protection of the city, which was quite necessary a fort of this kind to be built. 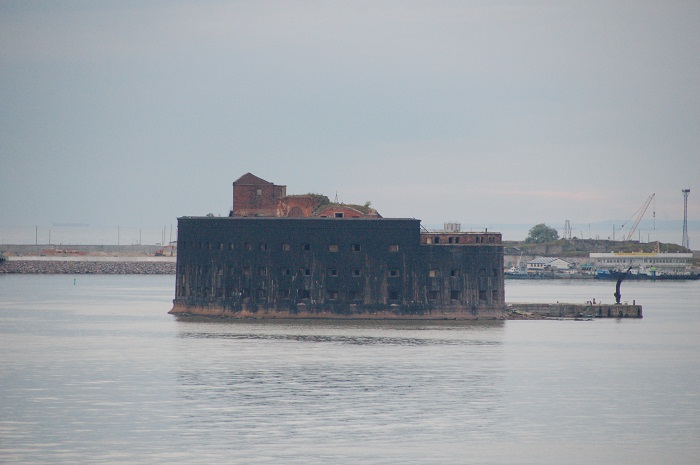 The initiator Peter I, directed the foundation of the first military installation on the island of Kotlin, and in the next two centuries Russia continued with the fortification of the area. The design being similar to the Fort Boyard located in France, it represents an oval-shaped building with a yard in the center. 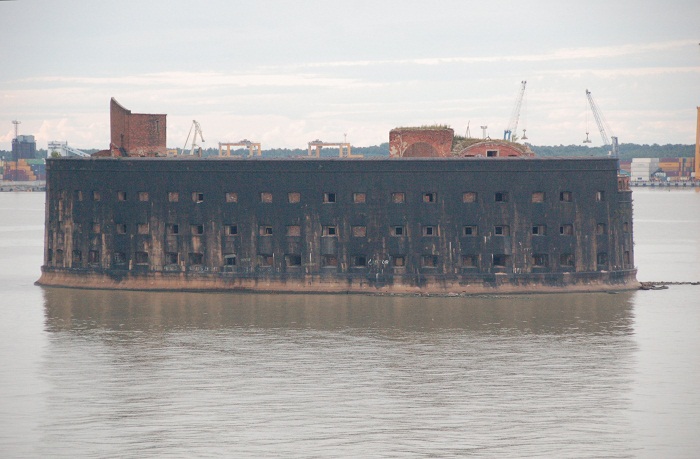 Measuring at 90 meters (295 feet) by 60 meters (197 feet), it has three floors, and large enough to hold up to 1,000 men. As many forts which are similar to this one, had never witnessed any direct military combat, Fort Alexander too didn’t see battles despite its strategic location. 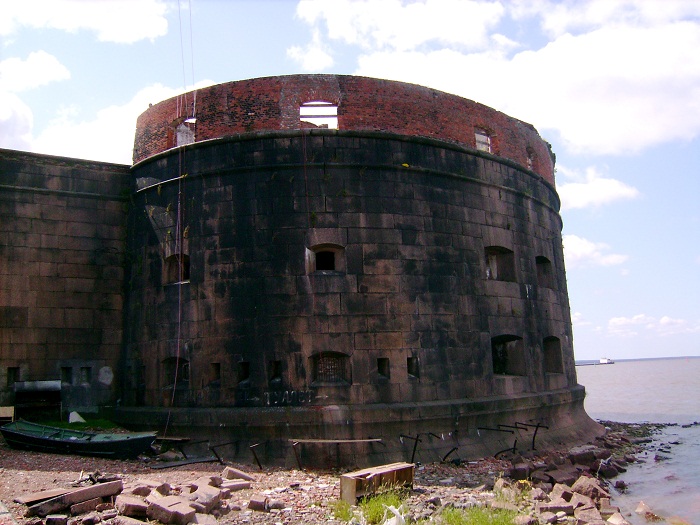 This is why sometime around 1900 it was repurposed as a facility base for research of the plague. The isolation from the mainland was a perfect reason the fort to be chosen as an ideal spot by the Russian scientists to study the deadly viruses. Using horses as test animals the scientists worked to create serums and vaccines for the various sicknesses. 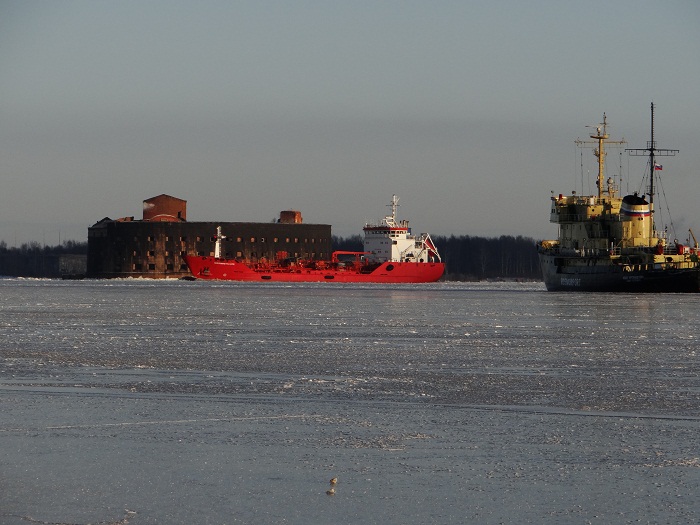 The isolation proved well-considered as some of the researchers contracted the bubonic plague and pneumonia. Still, considering the many deadly diseases that were researched, there were only three reported pneumonic and bubonic plague cases of the staff, out of which two have died. 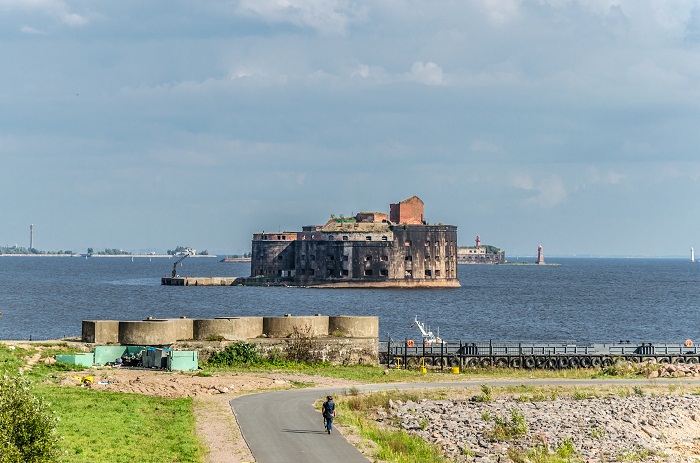 After the takeover of the Communists in 1917, Fort Alexander ceased with its operations, and it was completely abandoned in the 1980’s. After that it became an urban exploration site, even playing host to some illegal raves and refusing to go down in history and be forgotten. 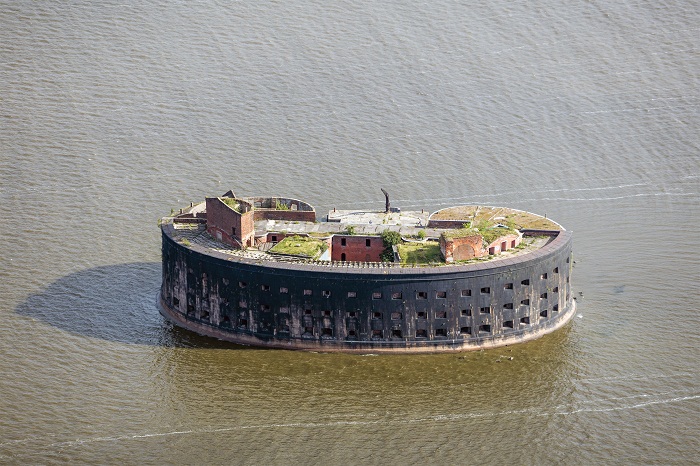