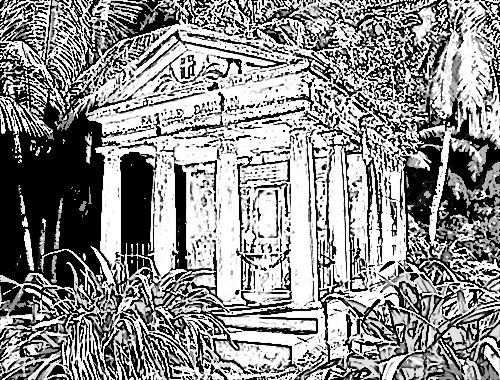 The Dauban Mausoleum is a family burial place for the Dauban Family, located on the Silhouette Island, which is part of the Republic of Seychelles in the Indian Ocean. Built in a serene and secluded spot of the island amid luxuriant vegetation which is mostly consisted of coconut trees, it has an interesting neo-classical architectural style. The Dauban Mausoleum was built sometime in 1864 so that the daughter of Auguste Dauban who died at the age of 2 would be buried here. The Dauban family were originally from France, and Auguste Dauban was the owner of the “Anse Lascar” plot, which was one of the 10 divided pieces at the time that were owned mostly by freed slaves, so that later he would own the whole island. In addition, he also had a shipping company which offered services between Mauritius and the Seychelles. Even though it appeared that his life was great, soon after his daughter’s death, his wife died too. She died in Nice, France, and her body was buried in the mausoleum together with her sister Marguerete Young, whereas in the end Auguste Dauban died in 1906, where consequently he was also interred here. After his death, Henri Dauban became the owner of the parcels of the island, nevertheless, he had to sell the island in 1960. 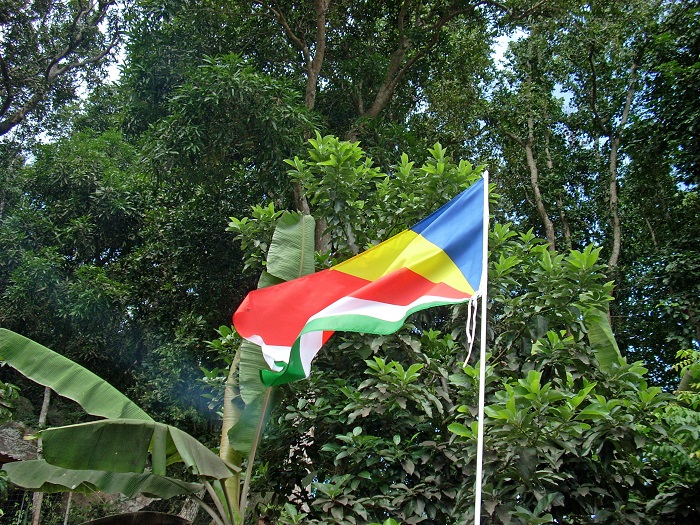 Nowadays, this prominent building on the island is not the most visited structure, due to the fact that there are some 200 people living on the island, mainly workers, however, there are Aldabra tortoises that are living and mostly “taking care” of the grass that grows around the building. One of the most interesting and beautiful features are the six proportionally massive columns which are aligned on the façade and also on part of the lateral sides. Atop the columns, in capital letters is written FAMILLE DAUBAN, and above that is what could be guessed as the Coat of Arms of the Dauban Family. This almost abandoned mausoleum is in somewhat need of renovation since there are tropical weeds that are protruding from the roof line, and luckily someone did the renovation of the mausoleum, painting it completely white. Due to incomplete sources, it is unclear who or which organization has done this work. Still, all of the visitors of Silhouette Island will continue to visit this intriguing burial vault, will learn more about the Dauban family who will be always remembered as one of the most famous families who have created the most prosperous plantations in the Seychelles.