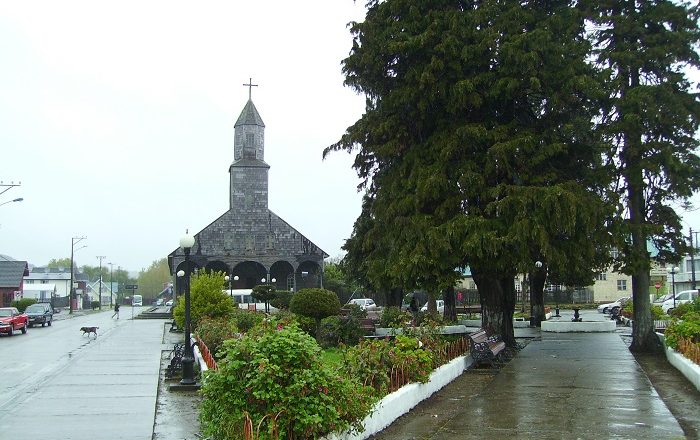 The Church of Achao, also known as the Church of Santa María de Loreto de Achao, is a historic wooden Roman Catholic church that is located in the town of Achao, which is part of the Quinchao Island in Los Lagos Region, within the Republic of Chile. 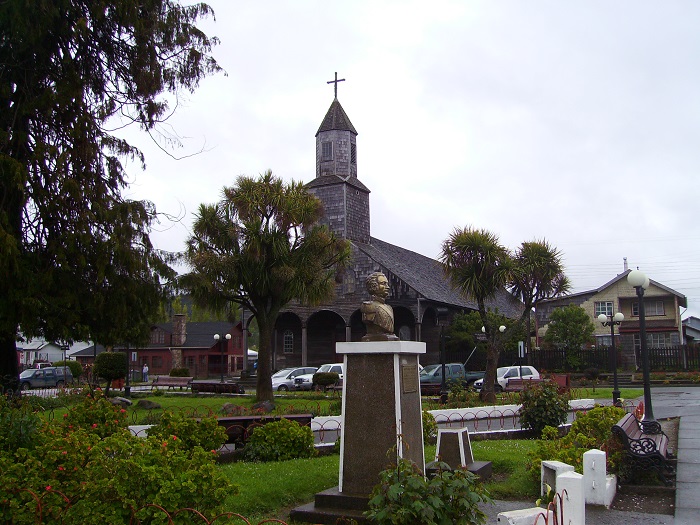 Located in front of the Achao Square, the church was built around 1740 when Chiloé Archipelago was still a part of the Spanish Crown possessions, and until today it survives almost intact from the Jesuit mission era. The Church of Achao, together with 15 other wooden churches on the Chiloé Archipelago, was declared in 2000 as a UNESCO World Heritage Site, due to the unique wooden architectural form, which is quite distinct for the region. 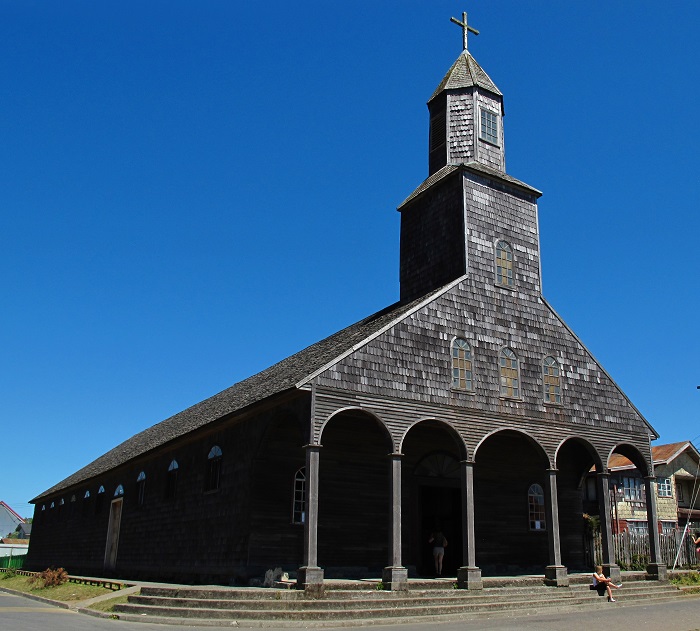 The church follows the Baroque style and it was built of alerce wood, however, the use of cypress and mañío trees is clearly visible, which altogether is crowned by a tower that is 25 meters (82 feet) tall. There have been restorations in order for the church to hold its ground and be the historic sign of the Spanish era in Chile, however, the restoration remained faithful to the original design, where the new wood is juxtaposing the old. 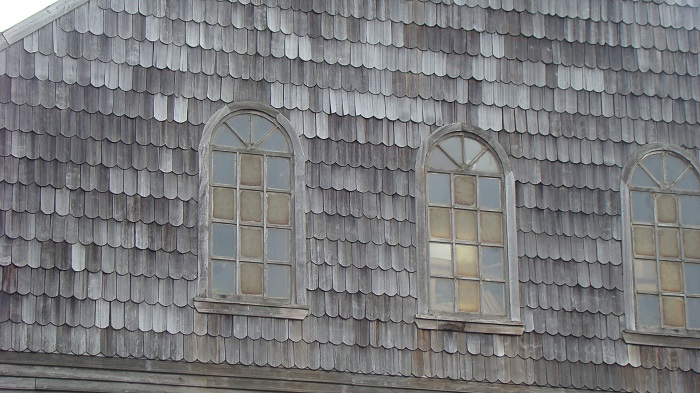 The interesting fact is that there are no nails in the entire structure, as it was built together simply by using wooden pegs, which makes it very unique to the area. 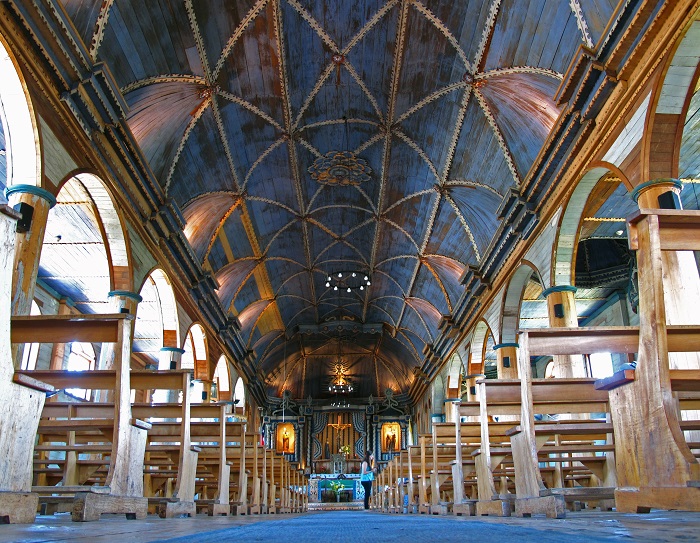 The central vault is sectioned into five channels with caskets, with carvings, with a wooden altarpiece located behind the altar made by the Franciscan Missionary Alfonso Reyna, and its columns portray the Judgment of Solomon, with plant motives. 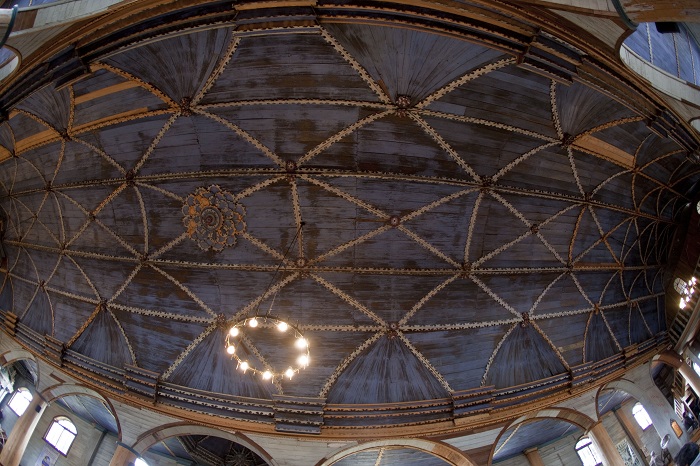 Nowadays being the grandest historic monument of the largest town on the Quinchao Island, the Church of Achao is a unique signature of the wooden architectural group which is better known as Chilota School of Religious Architecture on Wood. 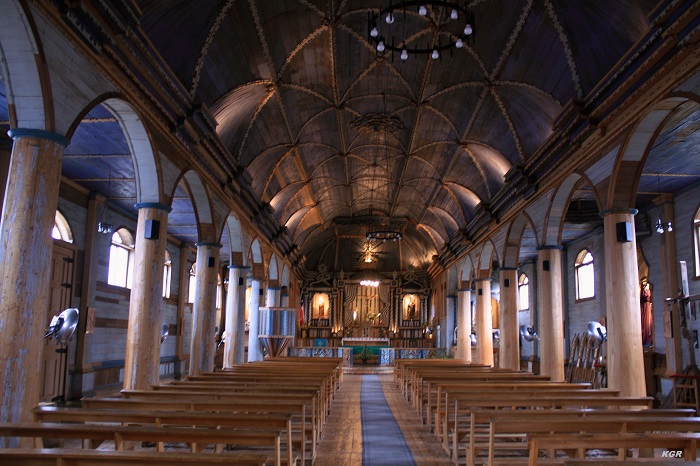 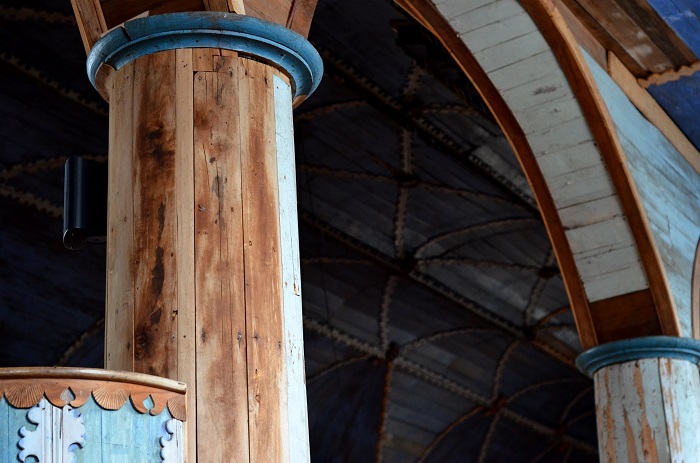 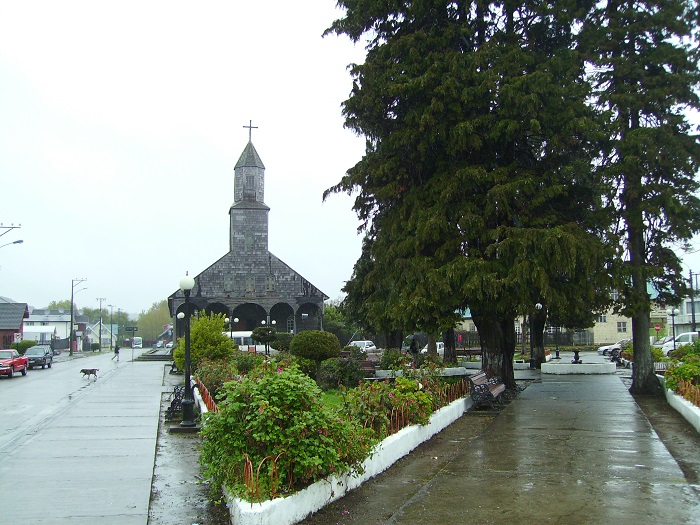