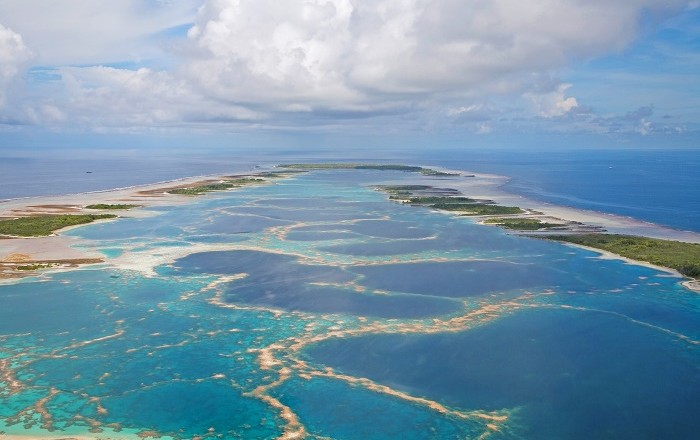 Caroline Island, also known as Caroline atoll, as well as the new given name Millennium Island, is an atoll which is the easternmost point of the uninhabited coral atolls that comprise the Line islands in the Pacific Ocean, however, part of the Republic of Kiribati. 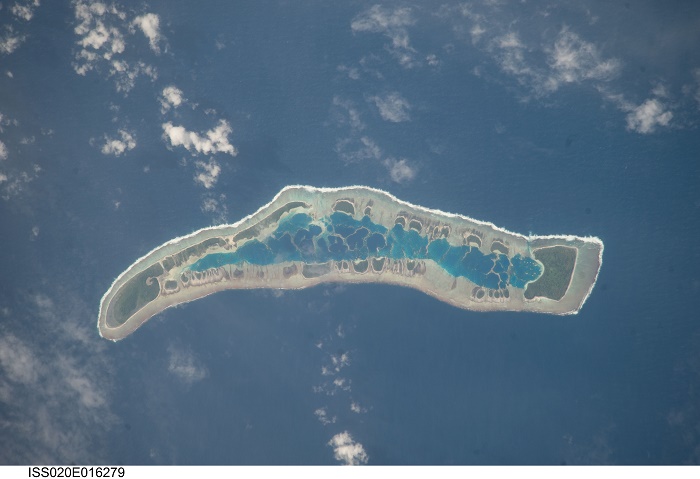 As it is a long, slender atoll, with interesting shape, it has a small land area of about 1.45 square km (0.55 square mi), with a lagoon in between the 39 separate islets which measures at 6 square km (2.31 square mi). The highest point of the entire islets area is some 6 meters (20 feet) above sea level, which is dangerously low with the rising oceans. 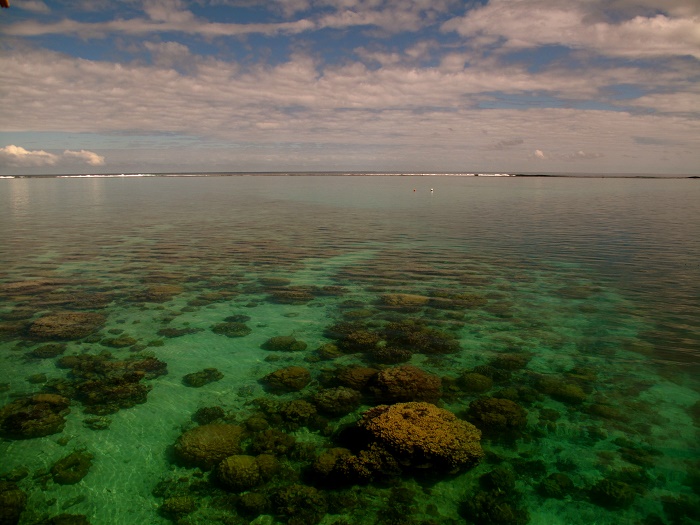 There are three large islets that make the bigger part of the atoll, which are Nake Islet, Long Islet and South Islet. The first sighting of the gorgeous Caroline Atoll was in 1606 by the Europeans, where the United Kingdom claimed them in 1868. 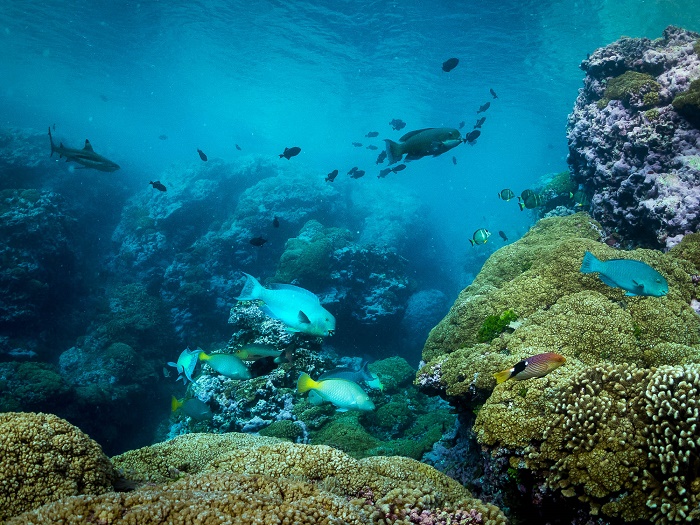 When the island nation received their independence from the UK in 1979, the Caroline Island atoll became part of Kiribati, and as there were no inhabitants, until today remains relatively untouched and it is definitely considered one of the world’s most pristine tropical islands, despite guano mining, copra harvesting, and some human habitation in 19th and 20th centuries. 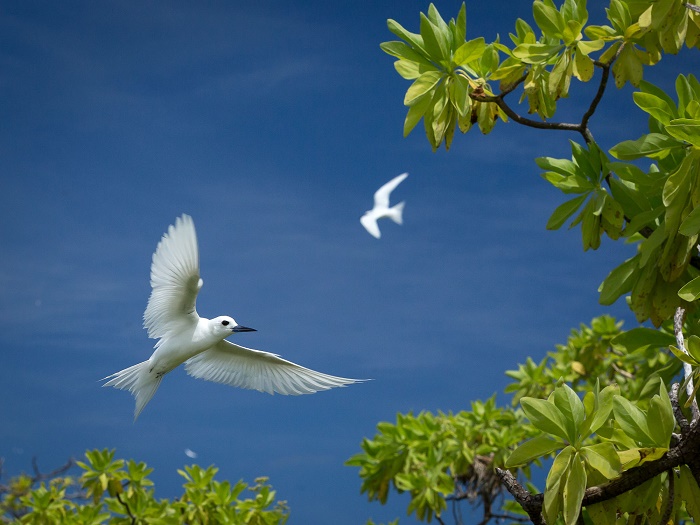 Designated as a wildlife sanctuary, in 2014 the Government of the Republic of Kiribati established a 12 nautical miles fishing exclusion zone around each of the islands among which is Caroline Island. The new name for the island was given at the turn of 21st century, when a 1995 realignment of the International Date Line made the island one of the first point of the Earth’s land to reach the new year.

The heavily vegetated island is a paradise for the coconut crab which is has one of the world’s largest populations on the island, nonetheless, there are three ring-zones of vegetation. The outermost herb mat is typically composed mainly of Heliotropium anomalum, which then continues with an inward zone of shrub, primarily Heliotropium foertherianum, ending up with a central forested region, typically dominated by groves of Pisonia grandis trees. 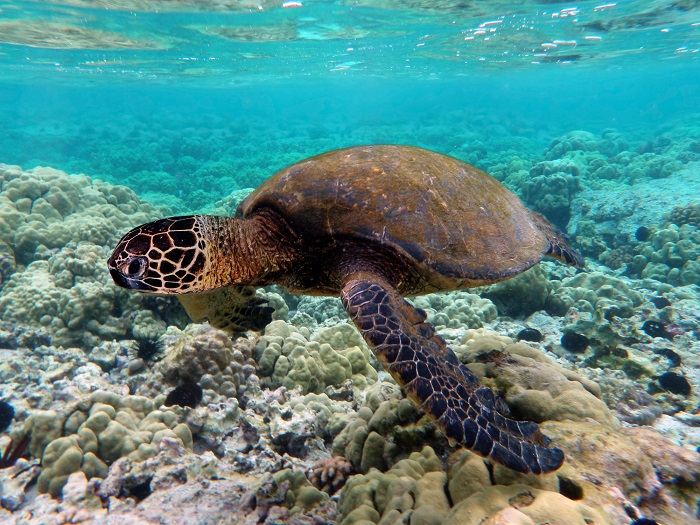 The alluring atoll, definitely is an important breeding ground for a number of species of seabirds, among which the most notable are the sooty tern. There is also the endangered, yet amazing, green turtle which nests on the beaches of the islets, visits the islands quite often. 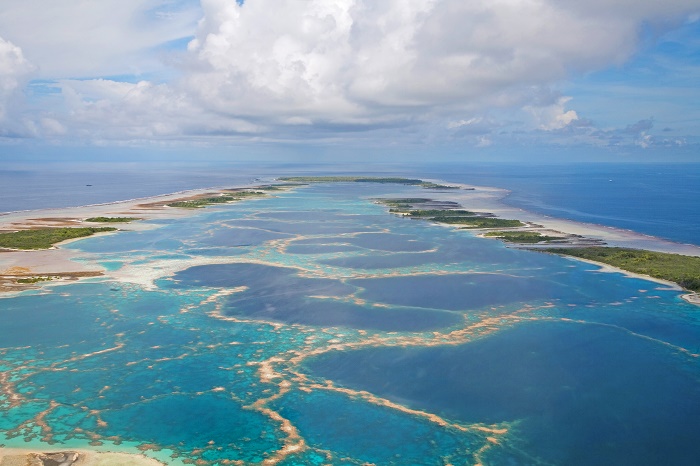 Recently, there have been reports that poachers have ransacked the nesting places, which is making the biologists more concerned for the survival of this Pacific sea turtle. As the island leads the Earth into tomorrow, there is hope that the pristine reefs, the rich flora and fauna from the untouched islets will continue to look like the thriving vibrant ocean from the past. 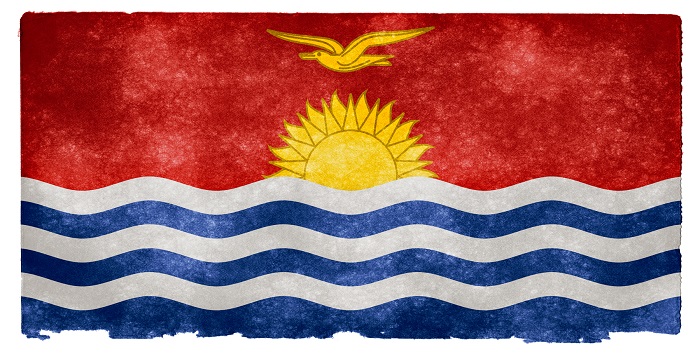