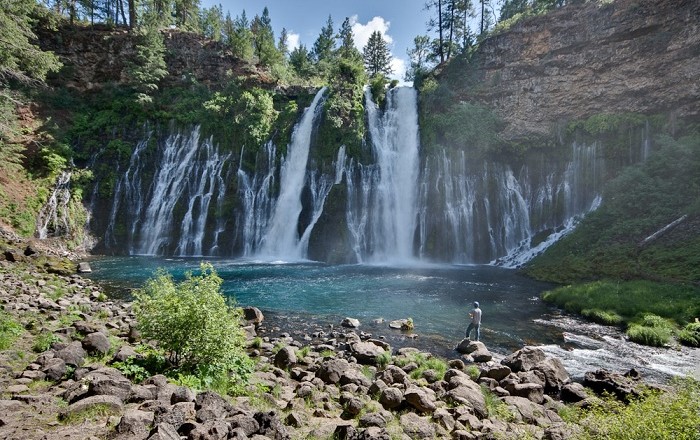 Burney Falls is one of the most spectacular waterfalls, located on the Burney Creek River which is part of the McArthur-Burney Falls Memorial State Park, in the northern part of the State of California, United States of America. 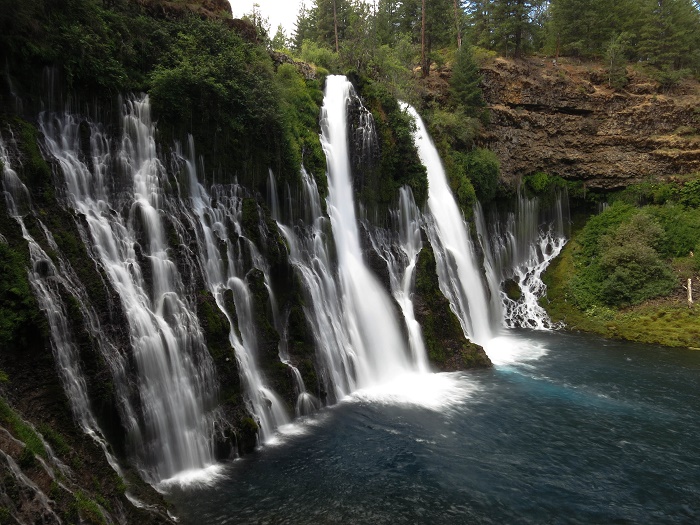 This fern draped cascade waterfall is 39 meters (129 feet) high, and it has plenty of water which flows from the underground springs that are above the falls, and also there is water even in the dry summer months. 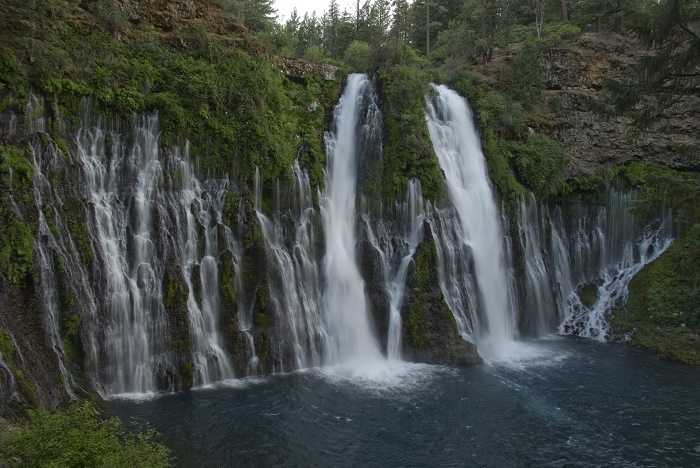 Nonetheless, this majestic waterfall is around 76 meters (250 feet) wide, that gives an extraordinary landscape views of the high rocky terrain that surrounds it with the forest looking from above. Still, the Burney Falls are a perfect example of river drainage that is regulated by stratigraphically controlled springs, together with the formation by undercutting of sedimentary rock, more precisely known as horizontal strata. 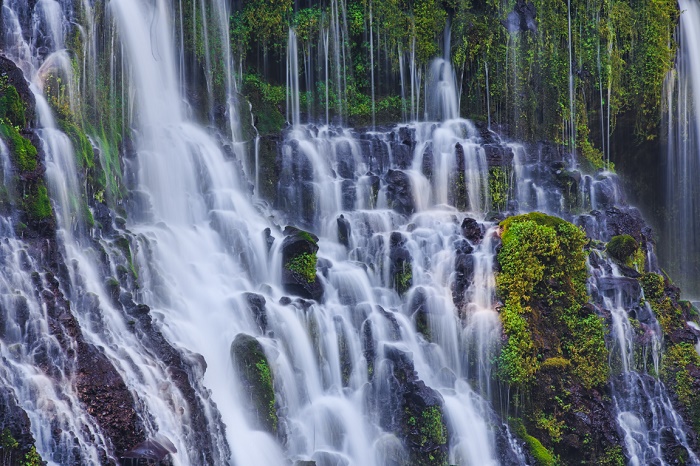 The area where Burney Falls is located, from distance looks like a rumpled collection of weathered cinder cones and broad plains under a cloud-free sky, which is quite popular for the fishermen who would enjoy very much in a catch-and-release fly-fishing in a somewhat colder water that has average temperature of about 6 degrees Celsius (42 degrees Fahrenheit). 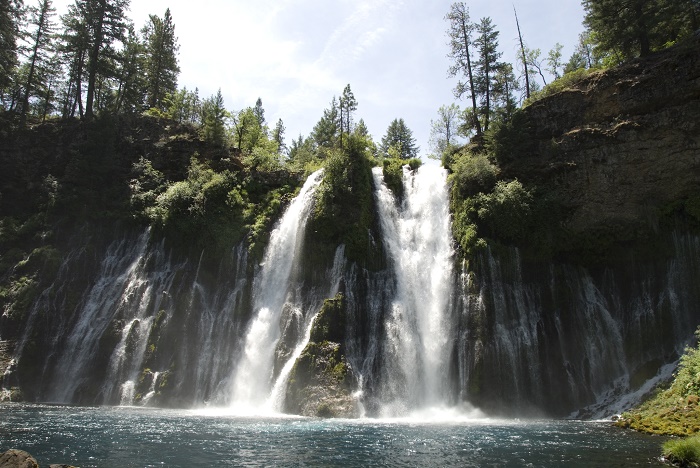 As it is of a great importance for Burney Creek, the waterfall was declared as a National Natural Landmark in December 1954, and even the 26th President, Theodore Roosevelt, named it “the Eight Wonder of the World”. A precious Californian beauty that deserves to be enjoyed always in person, but if not possible it makes an awesome wallpaper. 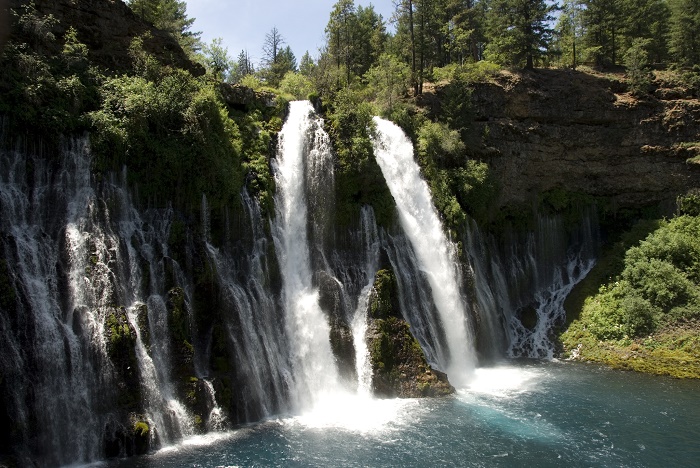 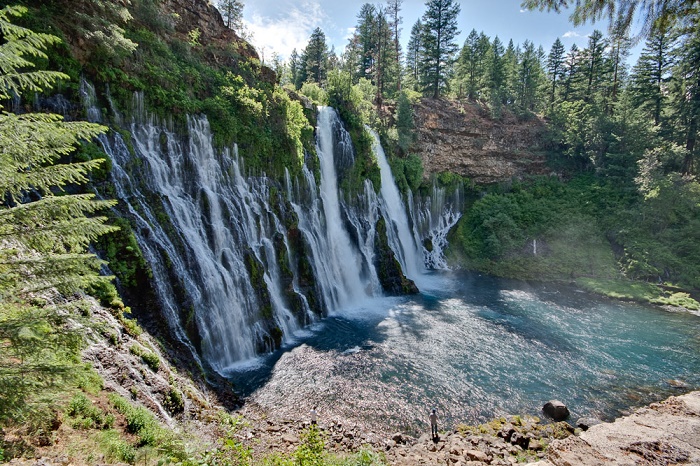 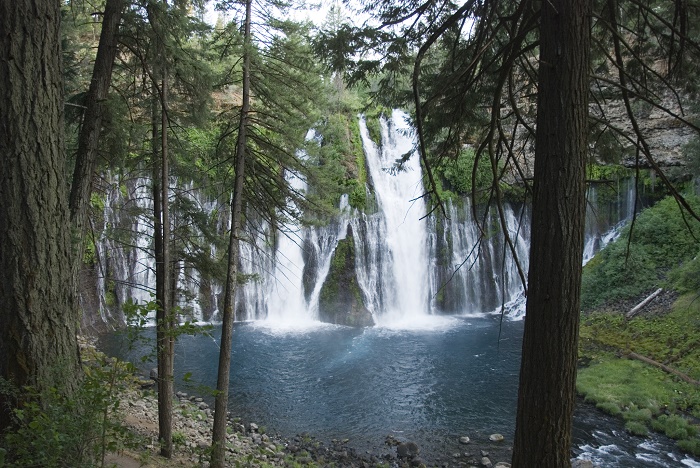 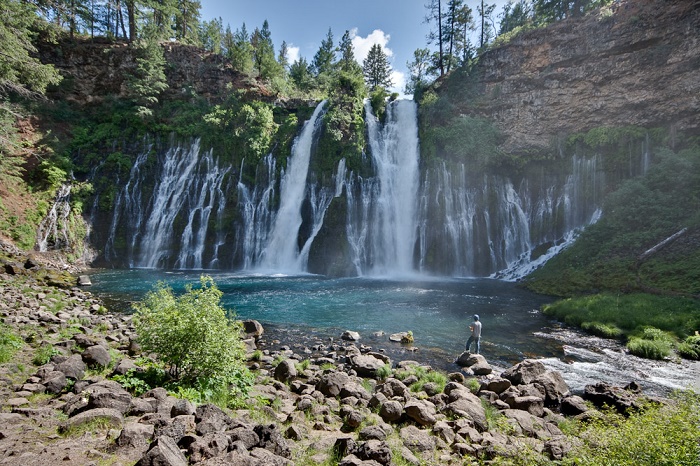 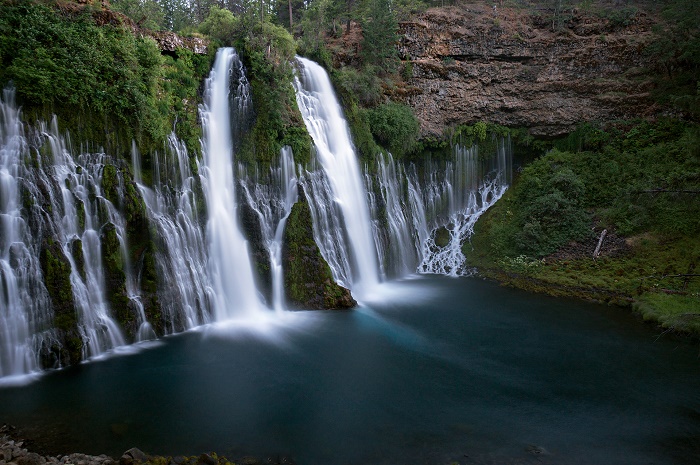