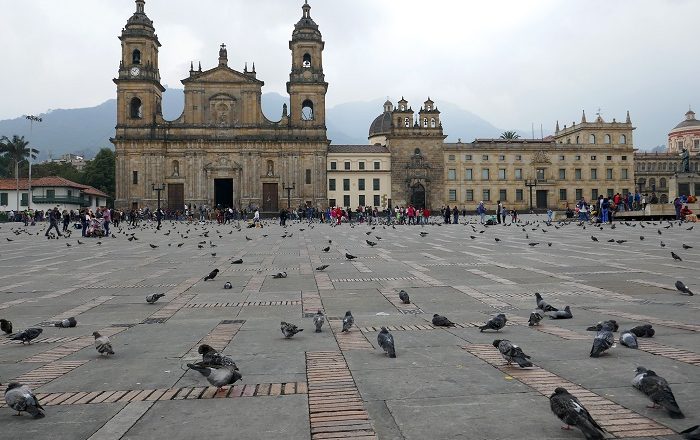 The Bolívar Square, also known as Plaza de Bolívar, is the main and most important square that can be found in the capital city of the Republic of Colombia, Bogotá. 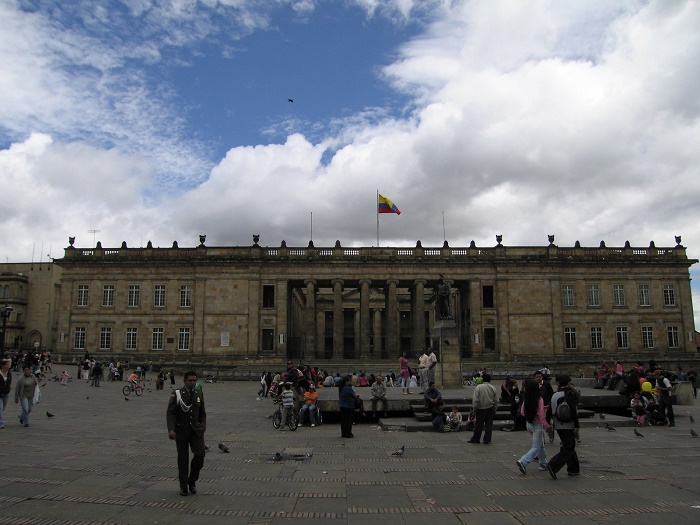 Previously known as Plaza Mayor and Plaza de la Constitución, it is located more precisely in the very heart of the historic part of the capital city, and it is the location of the first public monument which was erected in the country, the statue of the Venezuelan military and political leader, Simón Bolívar.

Being the center of the country’s history, it had an interesting past, as it was used as a circus ground, markets and even bullfight scene, but nowadays the square is the place where major events are being held. Entirely surrounded by historic buildings, the Palace of Justice which is to the north side of the square is the single new building, which was built in 1998. 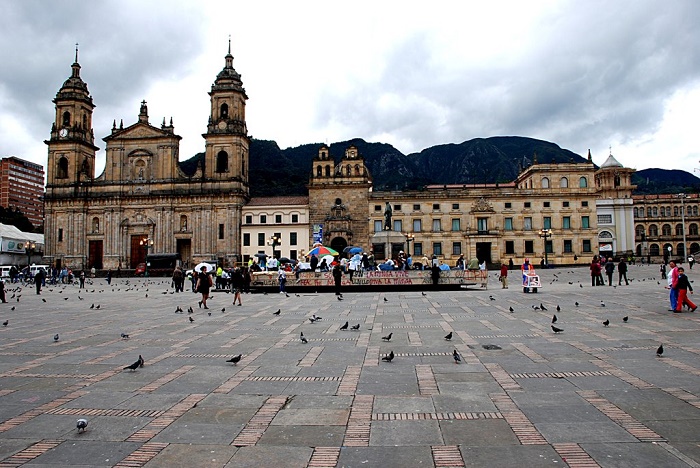 To the west side it can be found the Liévano Palace, completed in 1905, to the south the National Capitol which began with construction in 1846 and it was finished in 1926, and to the east is the Primary Cathedral of Bogotá, which is the oldest one among the structures on the square, which was actually finished in 1823. 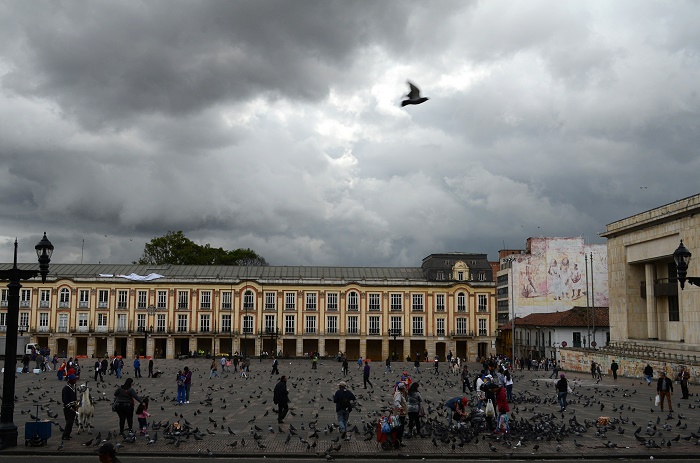 During the winter holidays, thousands of colorful lights shine on the grounds, making Bolívar Square a one really impressive place to enjoy the Christmas spirit, nonetheless, since 19 October 1995, the square enjoys the status of a National Monument. 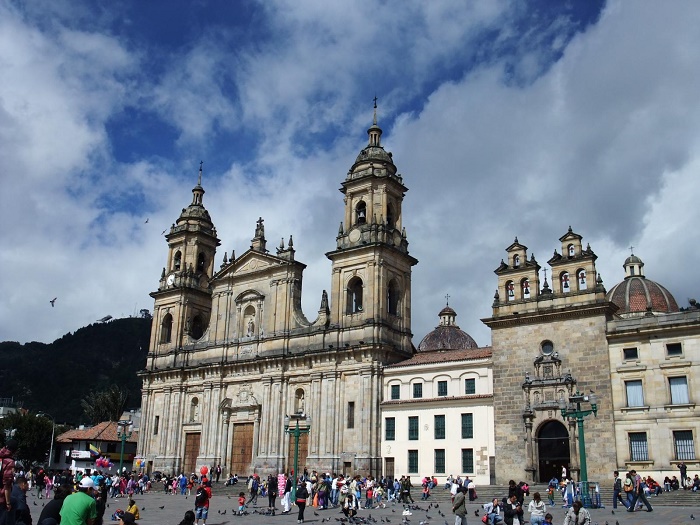 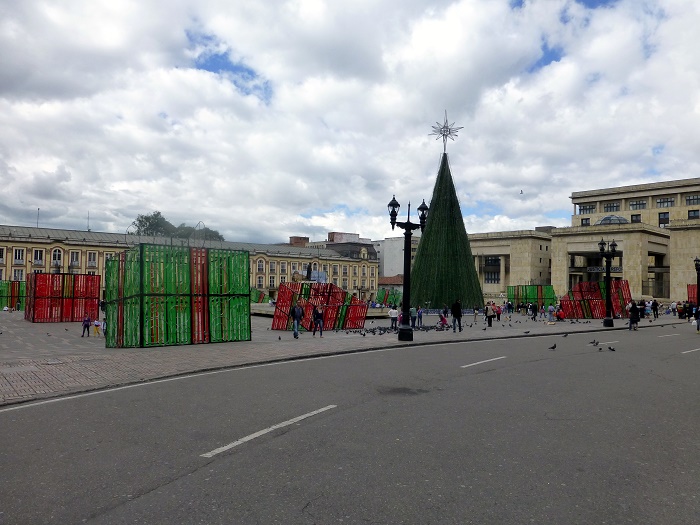 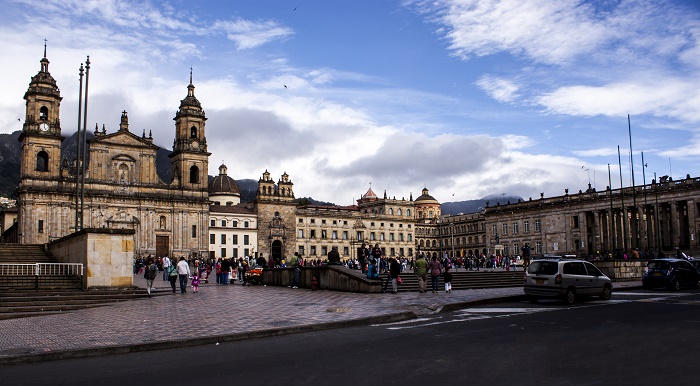 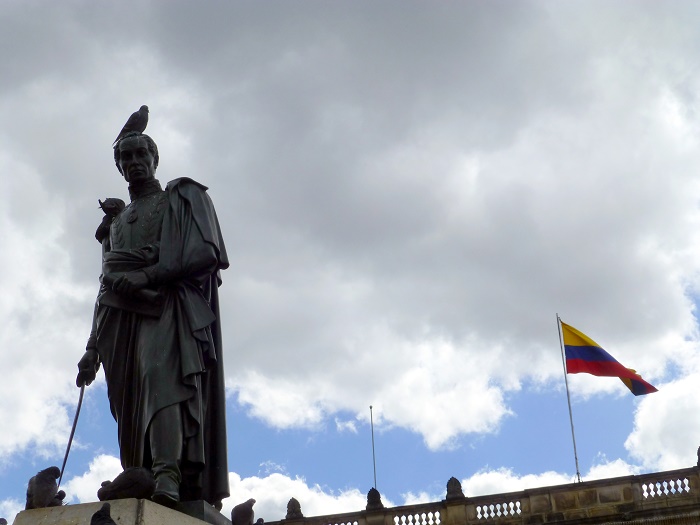 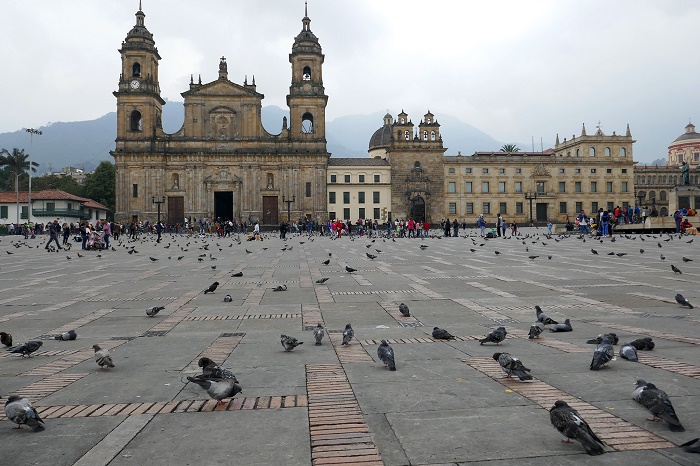 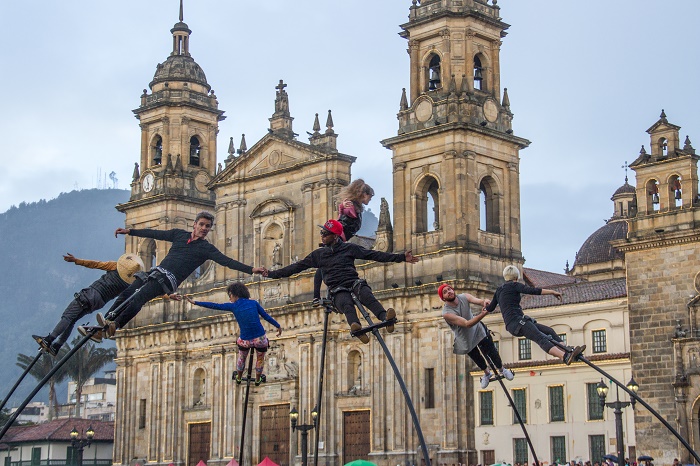