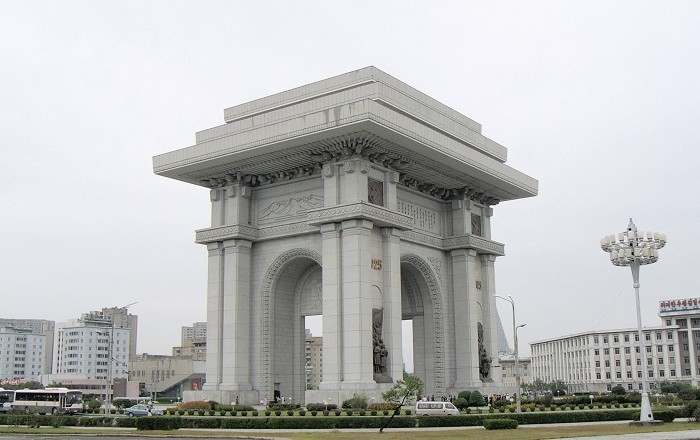 The Arch of Triumph is, as the name suggests, one of the many triumphal archs around the world, however, this one is located in the capital city of Pyongyang, within the Democratic People’s Republic of Korea, and most commonly known as North Korea. 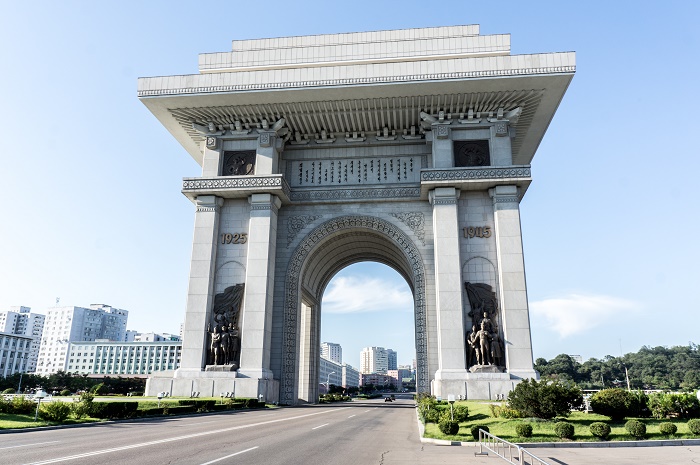 Inspired by the Arc de Triomphe in Paris, France, Pyongyang’s arch is the second tallest in the world, right after Mexico’s Monumento a la Revolución, and with 60 meters (200 feet) in height it is one of the tallest structures in the North Korean capital. 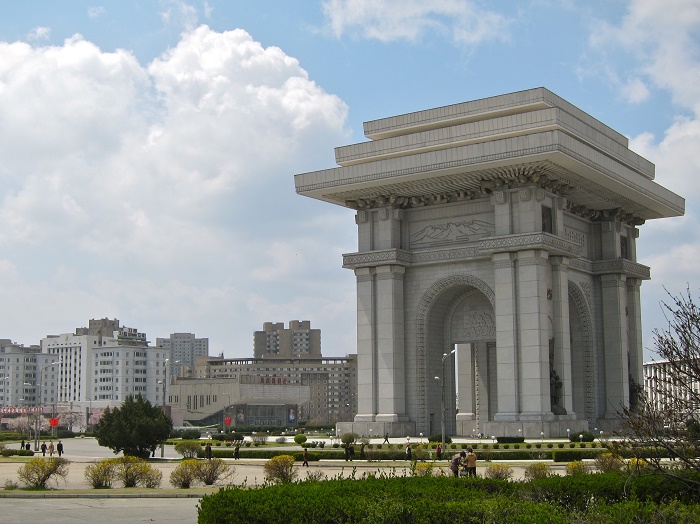 Built in 1982 to commemorate the Korean resistance to Japan from 1925 to 1945, it is right on the Triumph Return Square, which is at the foot of Moran Hill. Nonetheless, it was also dedicated to the President Kim Il-sung, to honor and glorify his role in the military resistance for the independence of Korea, while the country was under Japanese occupation. 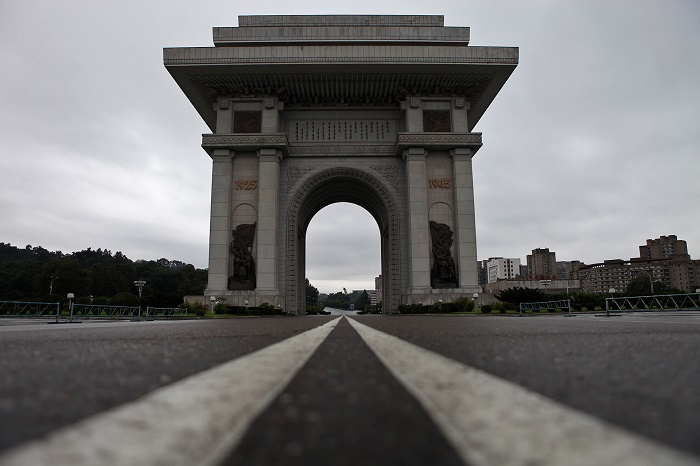 This majestic monument was inaugurated on the occasion of his 70th birthday, and with the 25,500 finely-dressed white granite blocks with which the arch was made, it represents a day of Kim’s life up to that point. 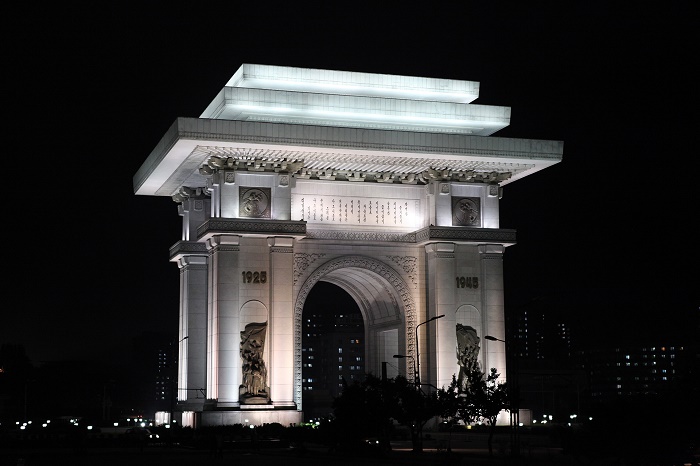 With dozens of rooms, balustrades, observation platforms and elevators, there are also four vaulted gateways on each side of the arch, each one 27 meters (89 feet) high. The impressiveness is great once one will be able to see the azaleas which are carved in their girth. 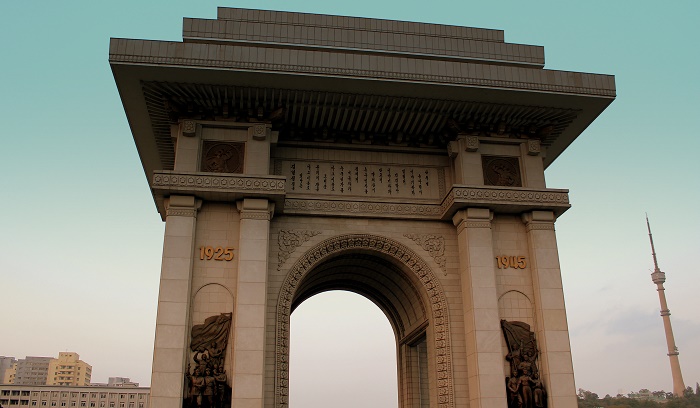 Also, on the walls is inscribed the revolutionary hymn “Song of General Kim Il-sun”, together with the year 1925, and 1945 when the country was finally liberated from Japanese rule. Serving as a great monument in Pyongyang, nowadays, the Arch of Triumph is visited by many daring foreigners who are willing enough to spend their vacation in one weird, yet very beautiful country. 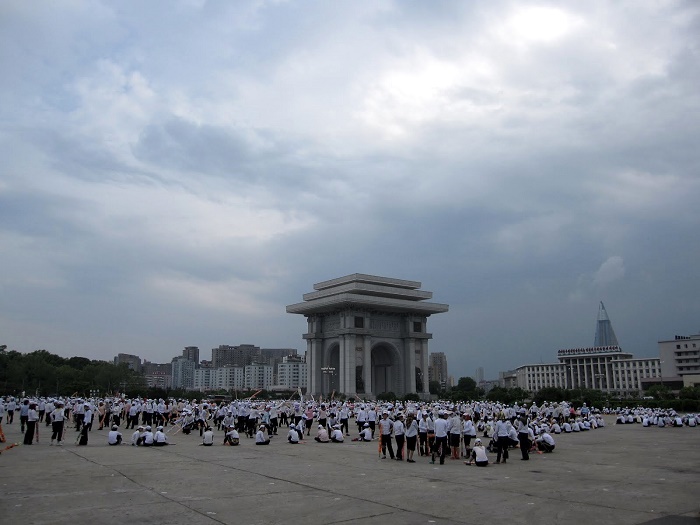 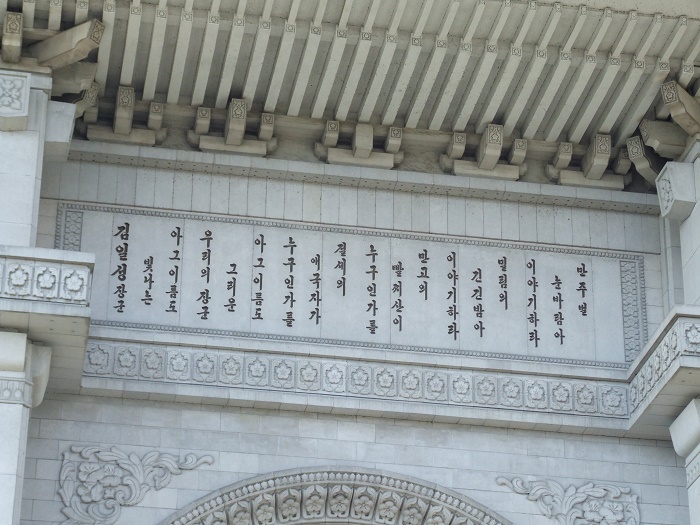 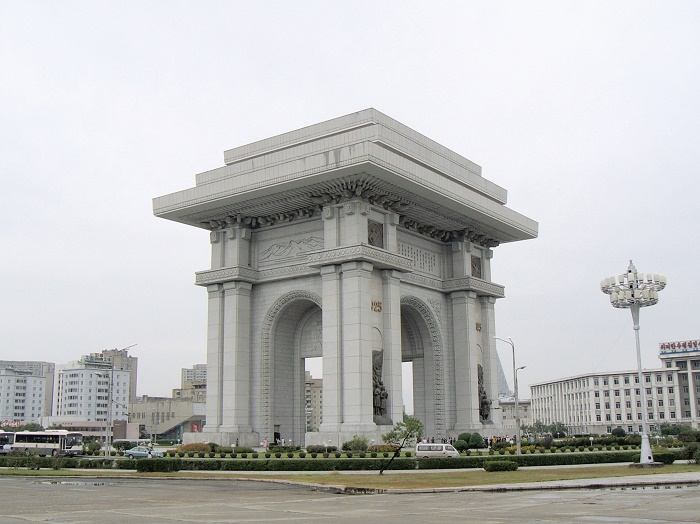 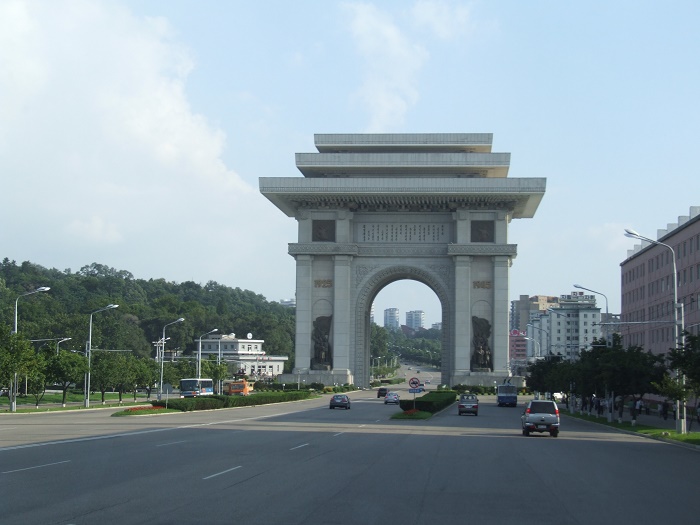 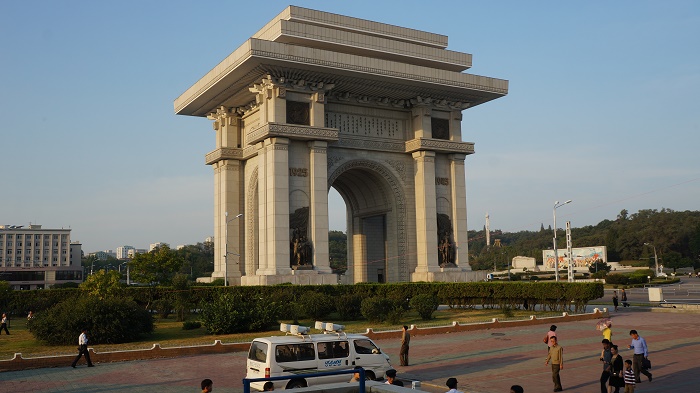